Home eventsfairsliminal – the space between the known and the unknown. milan design week 15.

Liminal was a real highlight of Zona Tortona, and in fact of the whole festival. Part of government-backed initiative Irish Design 2015, it was a showcase of design from the Gaelic nation. Well curated, thoughtfully designed, and full of beautiful objects, it did Ireland proud.

“Liminal spaces lie between the known and the unknown – transitional spaces of heightened intensity that we experience when we cross the threshold of what is known,” said co-curator Alex Milton. “They are doorways, gateways and pathways between ideas, feelings or disciplines. Taking the theme of ‘the Liminal’, this exhibition explores the craft of collaboration and presents the exploratory journeys undertaken by designers.” 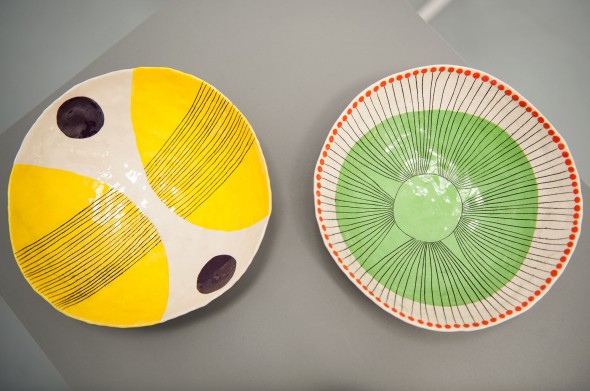 above> Andrew Ludick studied illustration at the Columbus College of Art and Design, Ohio before moving to Ireland in 2003. I have long been a fan of his organic forms decorated with optimistic patterns and colors. 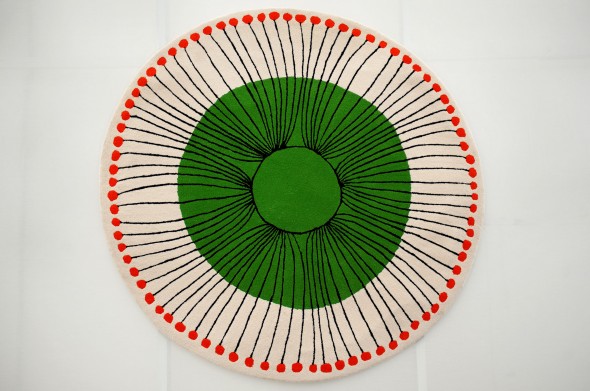 above> In the spirit of transition, it was great to see his designs turned into rugs by Ceadogán Rugs. To mimic the handmade forms of his ceramics, the rugs are not perfectly round or perfectly square. “The intricate nuances of the small-scale ceramic pieces change dramatically when blown up to the rug size,” said a statement from Ceadogán Rugs. “Each subtle, fine distinction of the original designs evolves to take on a boldness, confidence and delicate playfulness in the larger scale of the rugs.” 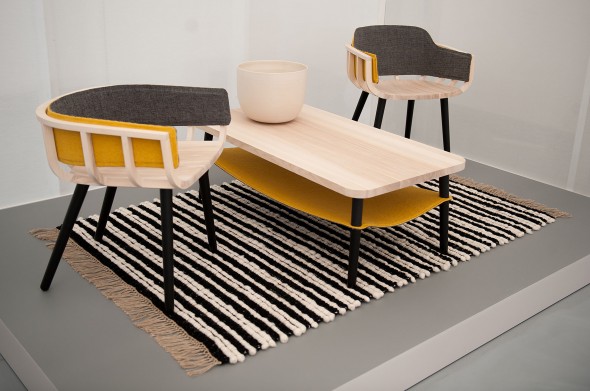 above> Another fascinating collaboration was between Mourne Textiles and NNotion Design. In 1951, the Mourne Milano rug, designed by Mourne Textiles founder Gerd Hay-Edie, was exhibited at the Triennale di Milano, as part of a room display with furniture by Robin Day, where it won the silver medal. Fast forward 64 years and Mario Hay-Edie handed the last of his Grandmother’s original yellow yarn to Notion Design Studio who designed the Frame chair and side table collection to complement the rug. The resulting set looked like it would be equally at home at the 1951 Triennale di Milano or the 2015 Salone – timeless design all round. 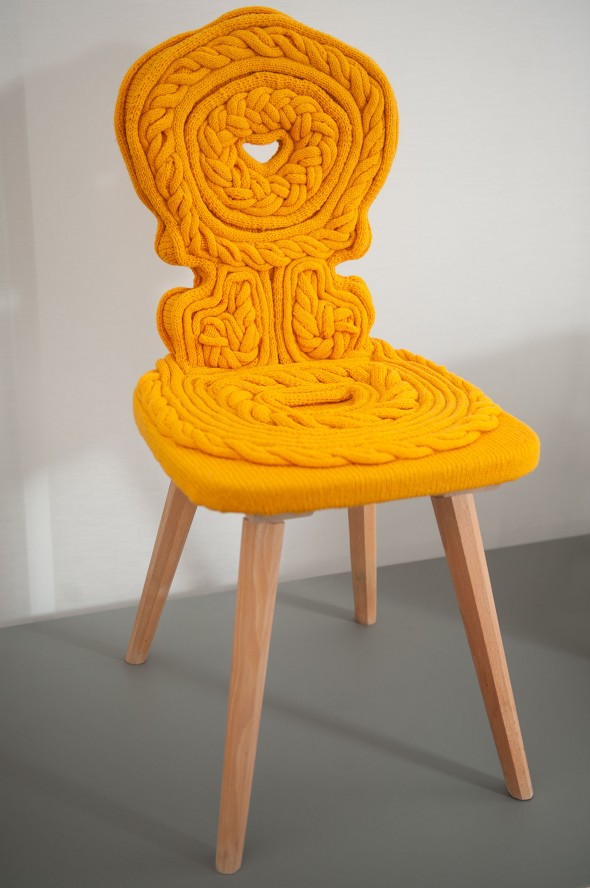 above> Claire Anne O’Brien’s furniture draws on Ireland’s material heritage and traditional techniques such as weaving, knotting and basketry. The Casta Yellow Chair, made of Swiss stone pine and pure knitted and stitched wool from the Shetland Islands, was commissioned by Happens Projects as a contemporary interpretation of the traditional Alpine chair. 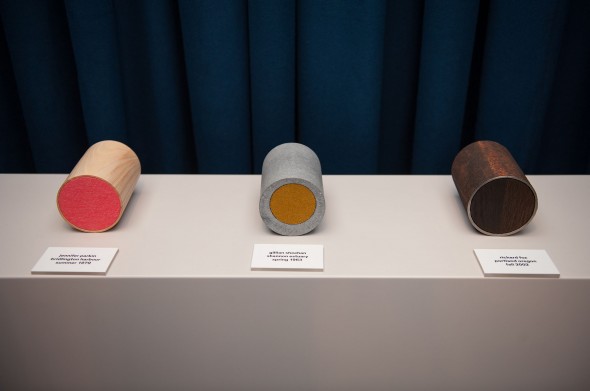 above> The idea for ibi by Cathal Loughnane and Peter Sheehan came about when Cathal noticed that his wife is immediately transported back to her childhood whenever she hears seagulls. Each cylinder contains a different audio file, which is played when you touch it. The materials of the cylinder – which include wood, steel, stone and fabric – have been selected to reflect the sounds inside. 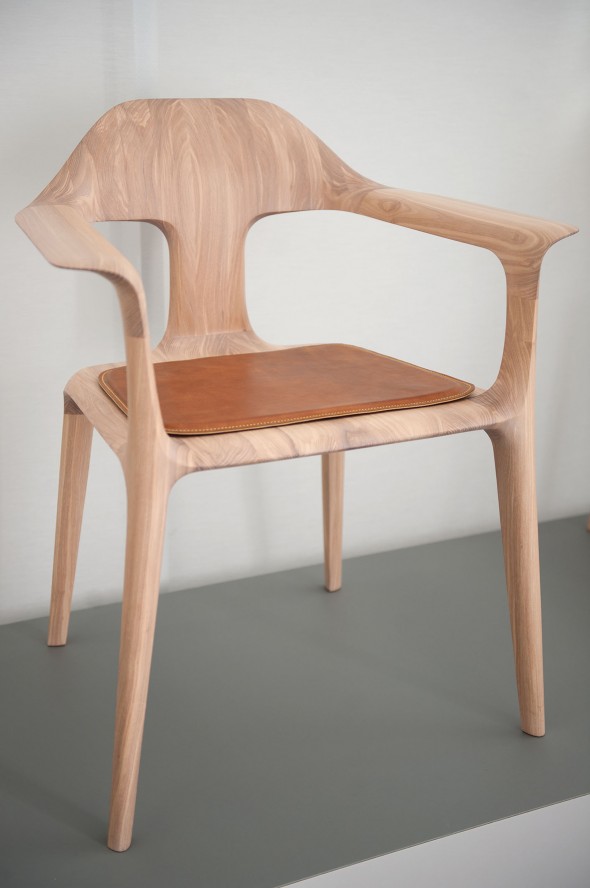 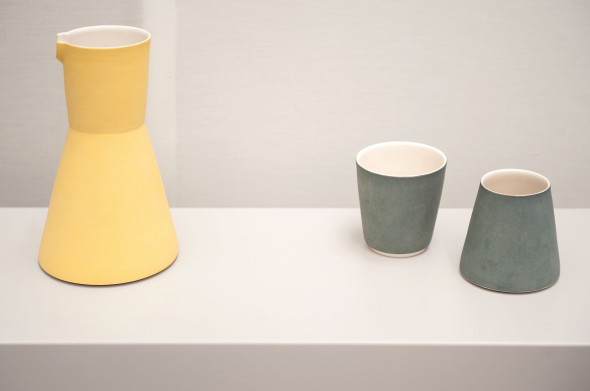 above> University of Ulster graduate Derek Wilson’s structured ceramic vessels come from a practice inspired by everything from mid-century British Constructivism to the history of the ceramic industry in Europe and Asia. 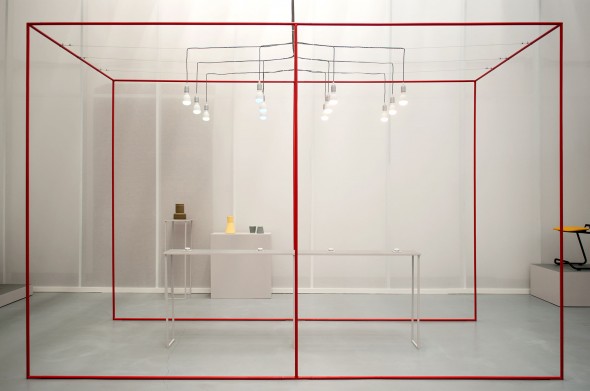 above> Design Partners and Seed Labs Inc. have been collaborating since 2013, and have just launched the prototype of Silvair Control, a small handheld device the size of a large pebble that uses Bluetooth to control household appliance such as lighting. 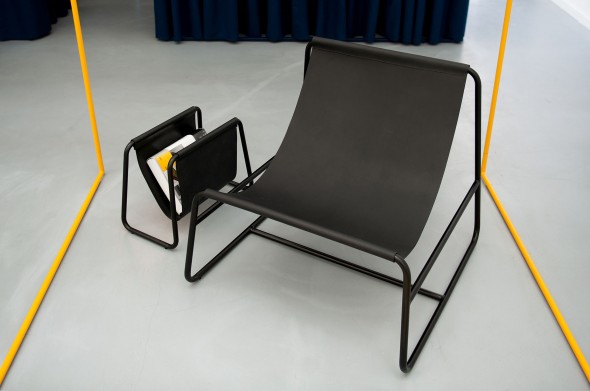 above> Dublin-based industrial design studio Designgoat collaborated with Garrett Pitcher, creative director at Indigo & Cloth, a menswear boutique and branding studio also based in Dublin, on the development of a steel frame and leather chair and magazine rack. Inspired by the current trend for all things Scandinavian, the starting point for the design was the question: “If the Vikings had never left, what would Dublin as a city be today?” The result is a collection that combines Irish manufacturing and materials with Scandinavian clean lines and simple forms. “The chair and magazine rack are designed to be beautiful when they are not being used and invisible when they are,” said the designers. 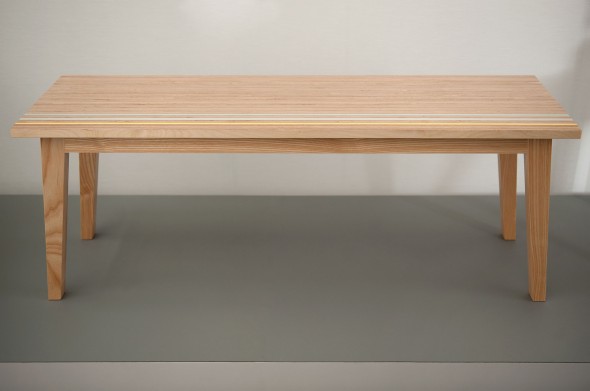 above> Snug is trained cabinet-maker Conor Kelly and passionate designer Nell Roddy and together they make furniture from a small workshop in Snugboro, Co. Wicklow. The Snug bench, chair and table are made from moulded ash or birch plywood veneer. “Our aim is always to achieve a balance between simplicity, function and beauty,” said the designers. 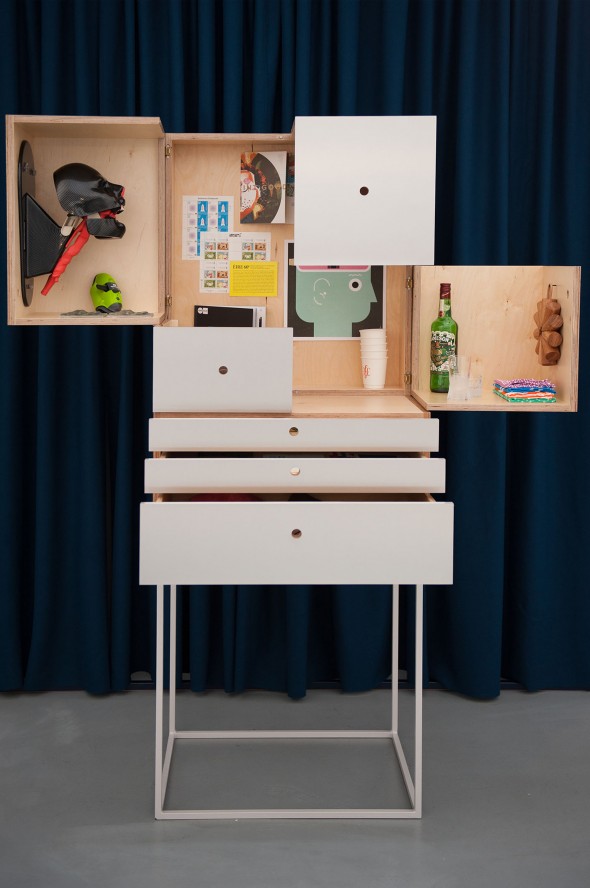 above> And finally, The Cabinet of Modern Irish Life, curated by Studio AAD, provided an opportunity to show a wider breadth of Irish design than could fit into the exhibition. “The Cabinet of Modern Irish Life is like a window on Ireland – I wanted to bring breadth to how people understand Irish design,” said Scott Burnett of Studio AAD. “I’m thinking of it as a glimpse of modern Ireland through the lens of design. I imagined it like a kitchen dresser, the eclectic backdrop to family life; and that let me bring in quite disparate things that nevertheless have a relationship through how we use them, and how they give us a sense of who we are.” photos courtesy of liminal

The exhibition started in Milan during the city’s annual design week, and will be coming to NYCxDesign 08 – 19 May 2015, before moving on to Dublin and Eindhoven.

katie treggiden is a uk-based design journalist and author of makers of east london. she is the founding editor of fiera, the independent magazine discovering new talent at the world's design fairs, and the award-winning blog confessions of a design geek. alongside her own publications, she also writes for newspapers, magazines and websites such as the guardian weekend magazine, elle decoration, stylist magazine, the spaces, dezeen and design milk – and of course for designapplause. you can follow her on twitter @katietreggiden and on instagram @katietreggiden.1 and find out more about her work at katie treggiden.

view all entries by Katie Treggiden. 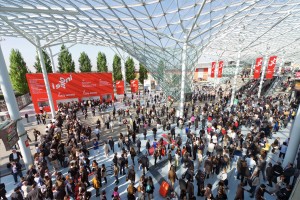 salone del mobile plans to set the bar extra high on the 2015 edition.

this year is extra special since the salone acts more like prelude to the soon to open expo 2015. 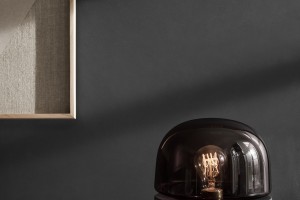