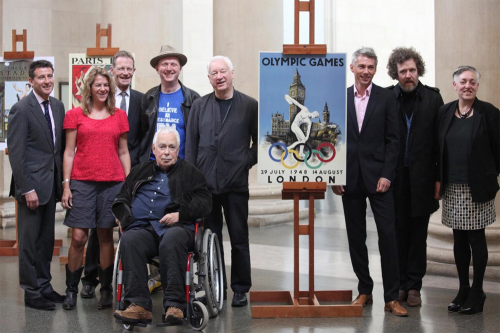 london (reuters) 7/2011 Twelve artists including Tracey Emin, Martin Creed and Chris Ofili will design a set of posters for the Olympic and Paralympic Games next summer, as Britain seeks to use the events to showcase its cultural heritage.

The nominated artists were chosen from a list of some 100, but organizers would not disclose how they came to their final decision.

Asked why Damien Hirst had not made the list, for example, Ruth Mackenzie, director of the Cultural Olympiad, replied: “I think the answer is, we’re not going to go there.”

Emin told reporters at an event at Tate Britain gallery, held exactly a year before the London 2012 Festival event gets underway, that she wanted her poster to be a celebration of life in the city.

“(I want to) show the world that London can really throw a party and that was what it was like with the royal wedding,” she said, referring to the recent marriage of Prince William and Kate Middleton that attracted a huge global television audience.

“In times of depression, what came across as really, really cool was the arts. Arts and culture is the soul of the country,” she added. “I’m interested in the party scene, the celebration.”

For Michael Craig-Martin, also selected, artists had the advantage over graphic designers when it came to making posters for an event like the Olympics.

“Artists always bring something different, because you are bringing a personal language to it.”

He said that while art was not competitive like sport, even when a major award like the Turner Prize was announced, he did suffer from envy of other artists’ works, including Martin Creed.

“The minute I looked (at one of his recent works), I felt completely jealous that he had done it and I hadn’t.”

The London 2012 Festival, which is the culmination of the four-year Cultural Olympiad, will run for 12 weeks from June 21-September 9 and include events around the country.

Dozens of projects have already been announced, ranging from the countrywide Big Dance and The Reading Challenge to a production of Hector Berlioz’s “The Trojans” and pop star Damon Albarn’s contemporary opera “Dr. Dee.”

Something approaching a final list of events will be ready by October, Mackenzie said, as would details of the festival’s budget and private sponsors.

Some of the events have been specifically commissioned for the Olympiad climax while others have been held to coincide with the festival. [ Reporting by Mike Collett-White, editing by Paul Casciato ] 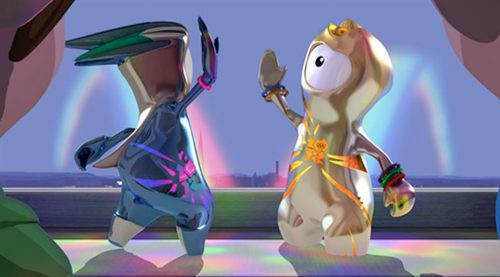 while the much maligned logo has managed to win many over, it’s hard to say whether these strange metallic drips will manage to do the same. 5/2010

[ olympic mascots revisited via the import ]

the jagged emblem, based on the date 2012, comes in a series of shades of pink, blue, green and orange and will evolve in the run-up to the games | sabastian coe 6/2007

all you have to do is look at where people are reading.

MoMA, New York, on-going. Design is not always pretty. Sometimes it is blunt and aggressive, especially when it is meant to deliver a clear message or depart from tradition and express new ideas. Rough Cut presents a selection of bold designs from MoMA's collection, ranging from striking posters to fierce chairs, and from incisive videos to vehicles designed for harsh terrains and unforgiving circumstances.

4th of july. declaration of dependence.

is this about our stuff or electricity?