Can science design the next arc?

can science design the next arc? worsening weather worriers, this one’s for you. via the guardian [RK] 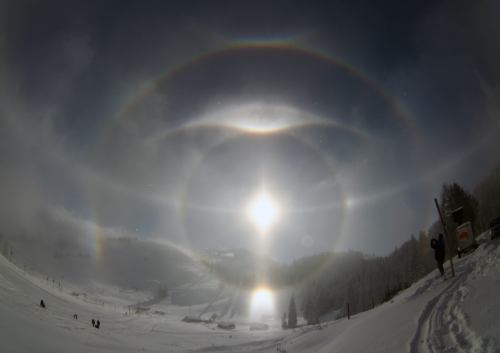 Keeping with his research-based approach to design, Khan collaborated with Manchester University, UK, to gain a further understanding of ice halos, where he and his team were able to create the world’s first indoor ice halo, much to the surprise of the University’s scientists.

Parhelia, meaning “Beside the Sun,” in Greek is an experiment of architecture and nature. Parhelia describes manifestations of light and halos, rare luminous rings which appear in the sky due to atmospheric ice crystals and low sun. Khan’s immersive installation will explore the relationship betweencrystal, light, architecture and nature, while recreating this optical phenomenon-inspired by the optical properties of the sky in the arctic and northern regions-in the geographically contrasting tropical climate of Miami Beach. 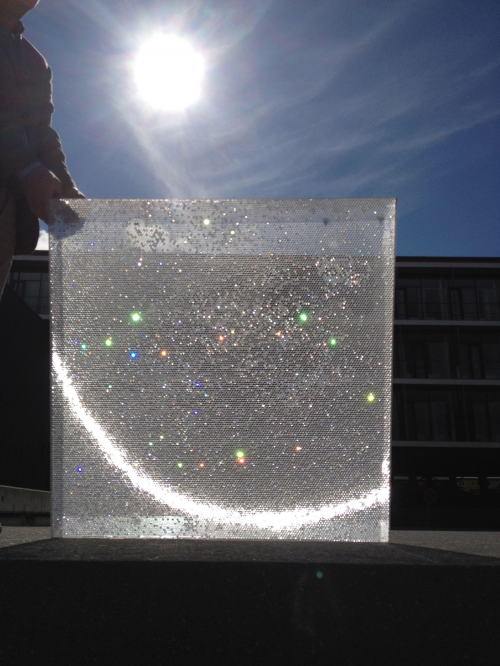 Khan’s design for Swarovski Crystal Palace will incorporate over 1.3 million Swarovski crystals in an architectural structure nearly 20 feet high. The piece will feature a dramatic façade featuring crystallized halos that will appear to follow visitors as they move through the exhibition space. Visitors will be invited to go inside the structure where they will see an infinitely reflected crystalline interior. A skylight within the structure will allow natural light to interact with Khan’s design, thereby creating a dynamic visual display that will change throughout the day and into the evening. Parhelia will not only allow visitors to explore the sensory influence of crystals but also their phototropic effect on humans.

“Parhelia is an experiment that begins at the crossroads of architecture and nature,” says Khan. “I was first inspired by the atmospheric and optical properties of the sky in northern latitudes and with the idea of transporting its light to a contrasting environment. This installation is about exploring the use of crystal as a medium to infuse architecture with light.”

This latest collaboration is another example of Swarovski Crystal Palace’s mission to support emerging talent from the fields of architecture, design, art, and technology. This year’s installation, with its focus on nature and naturally occurring forms, demonstrates the purest and most authentic expression of crystal.

[ swarovski crystal palace ] now in its tenth year, an experimental design platform, has been a main sponsor of Design Miami/ since 2008 as part of its mission to promote talent in the worlds of art, architecture, design and technology, while redefining the use of crystal as a material for expression. The company has a rich history of working with internationally acclaimed designers including Coco Chanel, Yves Saint Laurent and Christian Dior.

What we can learn from california’s attempt to label GMOs.

what we can learn from california’s attempt to label GMOs. genetically modified food labeling initiative a.k.a. prop 37. via grist [RK]

The weird, wonderful world of bioluminescence and art and design.

above: from TED, The weird, wonderful world of bioluminescence with Edith Widder. There’s a review about an exhibit at Museum of Natural History in NY opening 31 March in the NYT [ details ] Surprisingly it appears in Art & Design and not Science. The article led me to the TED talk on bioluminescence and demonstrates an art and design, I guess, found in creatures who reside in dark surroundings or do their thing at night like the firefly. The light emitted from these creatures may be a cry for help, a mating call, or a distraction to confuse if under a threat of attack. I think of weapons and LED’s, Avatar and the Tree of Life, and I think of art and design.

Qbo robots learn self-awareness and when to flirt. 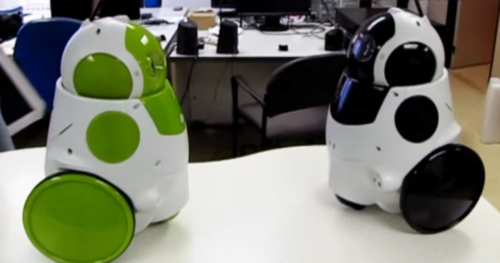 To start, taking into account this particular instance of Qbo’s “consciousness” is done programmatically rather than arising naturally out of a deeper awareness of self should not diminish Qbo’s achievement. Qbo not only can recognize itself but also distinguish itself from other identical machines and carry on a simple conversation using speech synthesis (Festival) and recognition (Julius) programs. Qbo’s developers have simulated self-awareness through mimicking the way humans recognize themselves: we learn what we look like and verify by checking to see if our actions are mirrored. The nose flashes are the messaging system. The green robot can figure out if the the flashes coming from the black robot are his flashes and that the black robot looks enough alike to be one of his “species” which triggers the funny seduction line. Stay tuned.

the highs and the lows of the past year in 50 wide-ranging categories. [RK] 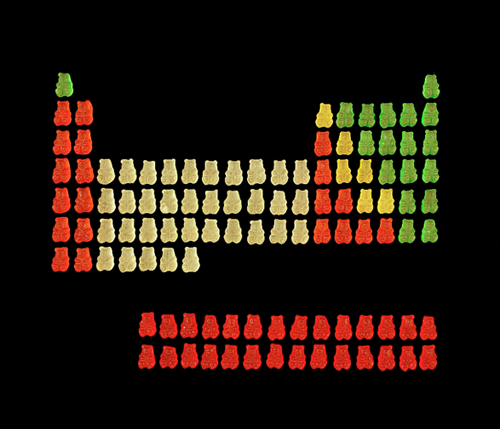 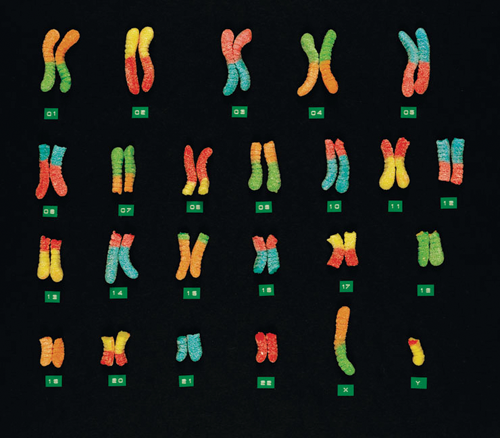 Research parks for the knowledge economy.

Nations are constructing lavish science parks, often with big city amenities, to gain a competitive edge in the global economy. via businessweek [PR] 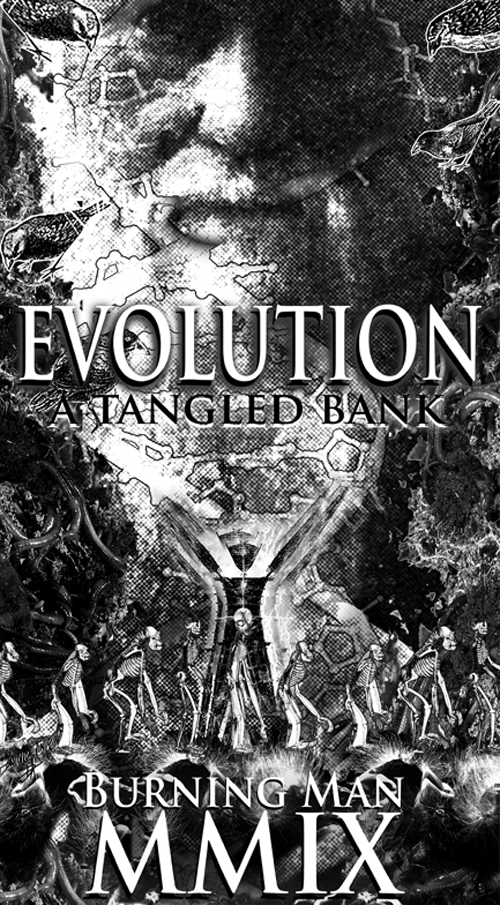 Theme: Evolution. Nature never made a plan, nor does it seem to copy very well.
above: 2009 theme. illustration from portrait of charles darwin, by “DA” dominic tinio 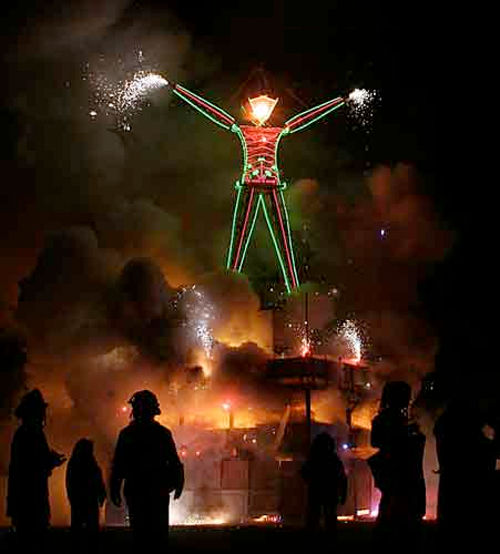 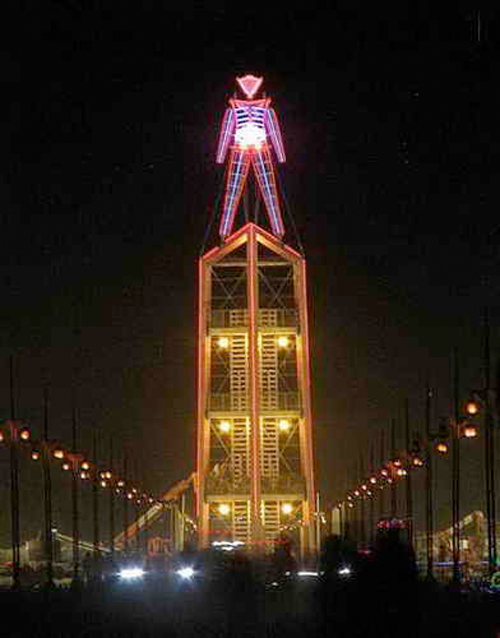 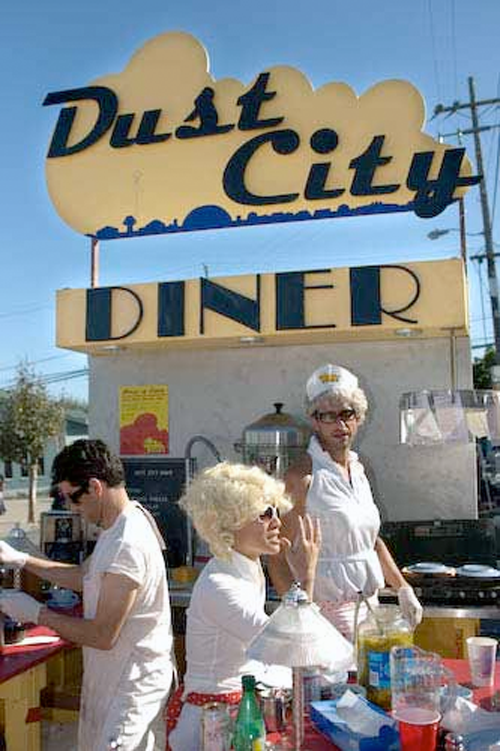 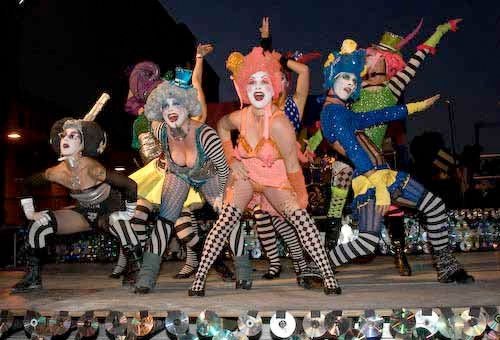 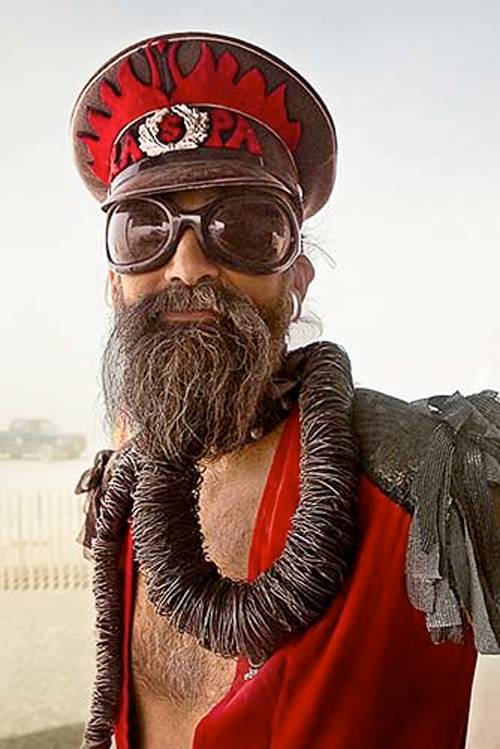 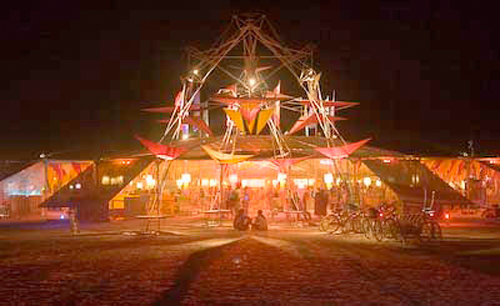 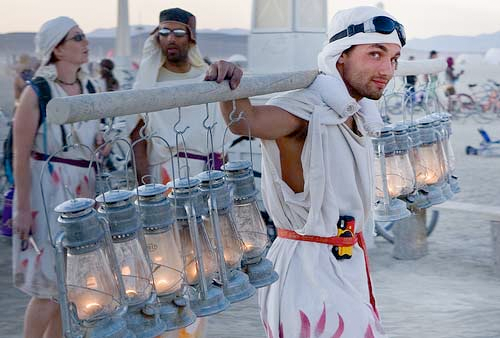 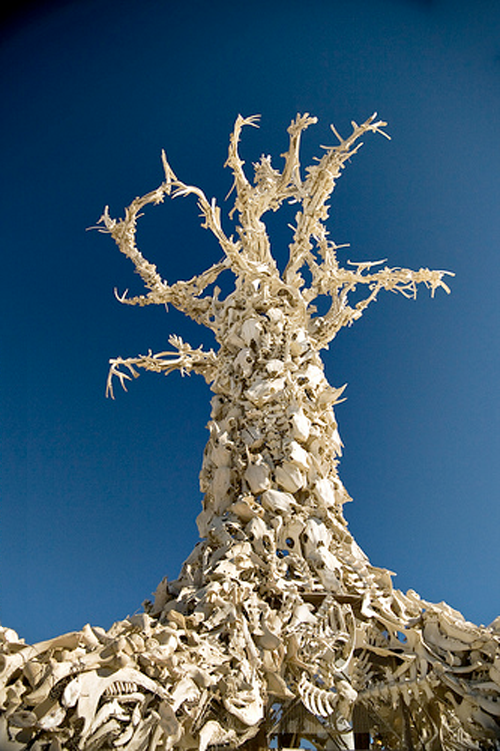 above: the bone tree, by dana albany 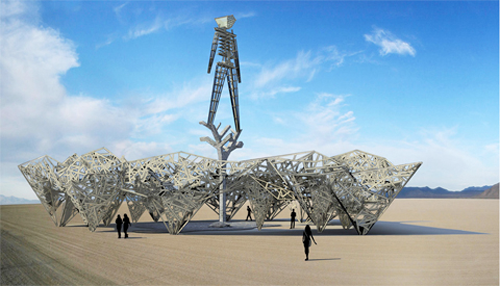 above: design by rod garret and larry harvey. rendering by andrew johnstone and rod garrett.

The human species, Homo sapiens, has existed for approximately 200,000 years. The genus known as homo has a lineage stretching back two million years. Homo erectus, the first human ancestor to walk upright, and Homo habilis, the toolmaker, are among our relatives. We are a bud belonging to a twig of this ancestral tree. 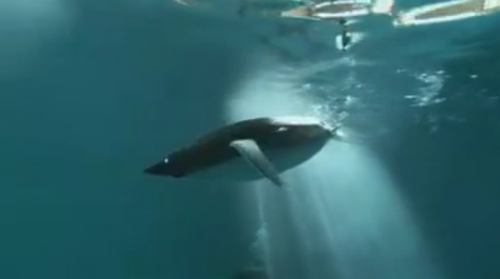 Festo is into two very interesting robots. One swims and one flies.