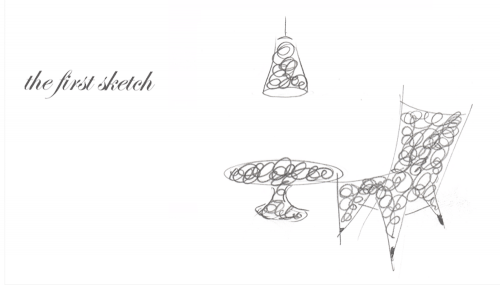 Designed in 1996, Knotted Chair is one of the first projects designed by Marcel Wanders for Cappellini. Since then, the collaboration between the designer and the company still continues, with projects that are innovative and alluring. Now, 15 years and 1001 Knotted Chairs later, the first production of the piece will end. The final 25 Knotted Chairs in this version will be sold during the Milano Design Week. 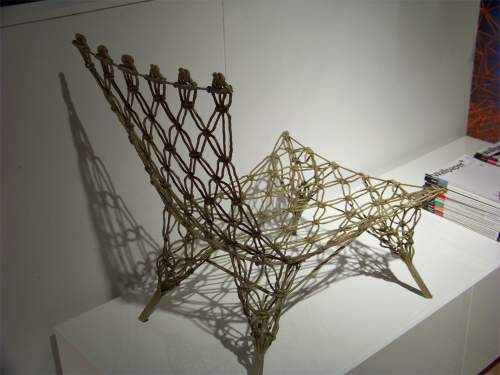 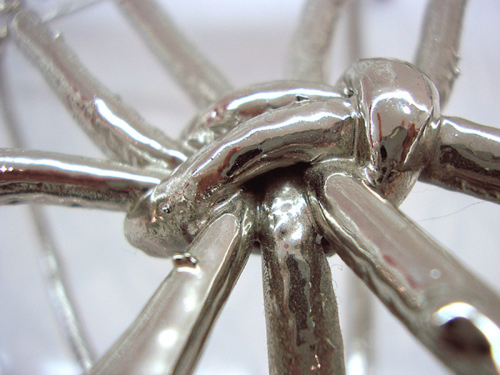 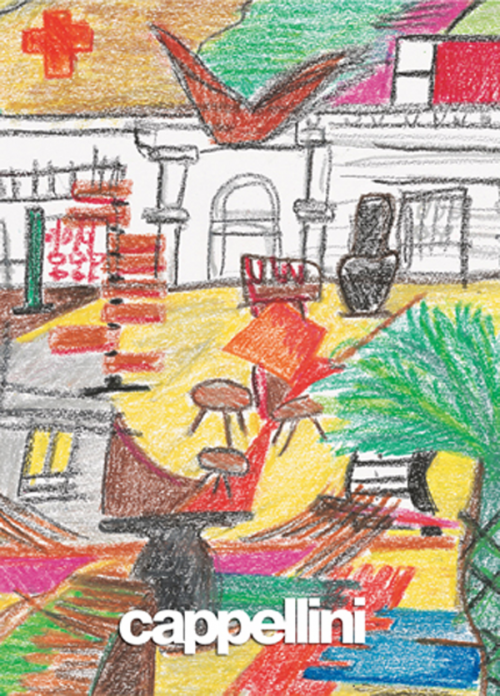 
Cappellini presents the 2011 collection as if it were in a giant box of sweets: fallen from above, one flap open to reveal its delightful contents. Groups of objects in different colours, shapes and materials, communicating with one another, creating a fun and playful setting against the silver-walled background of a giant magenta booth.

14 products by 11 designers once again reaffirm the adventurous spirit of Cappellini and its innate ability to surprise us with vibrant avant-garde projects, each of which draws strength from the richness of its language. The magical and delicate language of Nendo is apparent in the lines and sinuous curves of the Sekitei chair and the straight sharp lines of Thin Black Table; two products in which dotted lines give shape and the substance. Then there is the oriental influence of the Doshi Levien duo, who this year present their first design for Cappellini with the sophisticated Cape armchair.

Another two new designers are Raphael Navot with POH, a sculptured object, and Daphna Laurens with the Tafelstukken range of lamps: both prototypes strongly characterized by the presence of natural materials such as wood. This is a journey which will ideally follow that of Martin Vallin’s The Secret Clubhouse chair, presented as a prototype in 2010 and now part of the permanent collection. Also presented are the technical materials and angular forms of the Kobe table by Leonardo Talarico and the already famous sculptured Tron Armchair by Dror, now industrialized for mass production.

This is opposed to the “supernormality” of the now iconic projects of Jasper Morrison who, with the Bac One and Bac Two chairs, adds two more elements to the Bac family. Last but not least, living room furniture; the new system of Burkina Faso microcontainers by Giulio Cappellini is colouful, contemporary and functional, while the Cuba 25 by Rodolfo Dordoni and Basket by the Bouroullec brothers each offer two completely opposing conceptions and interpretations of the sofa. Open and closed, but able coexist and interact in harmony with the other elements of the Cappellini collection, the bookcases and the storage systems. 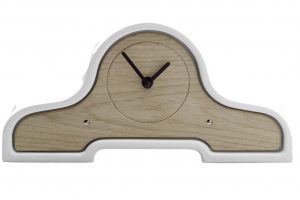 the last stock will be exclusively available at matter .of material amsterdam.