Born in London in 1974, Marigold first studied sculpture at Central St Martins before enrolling in Design Products under Ron Arad at the Royal College of Art in 2004. Marigold’s fine art training, combined with a series of jobs in scenographic design and production – props, models, costumes and sets for theatre and exhibitions – has led to a pluralistic and resourceful approach to furniture design. Designing and making beautiful objects simply and sincerely – often through improvisation and the logic of geometry – is a major impetus for Marigold. Springing from a desire to elucidate and amplify the rationality found in the natural world, much of his work has been an exploration of the phenomena of nature’s form. 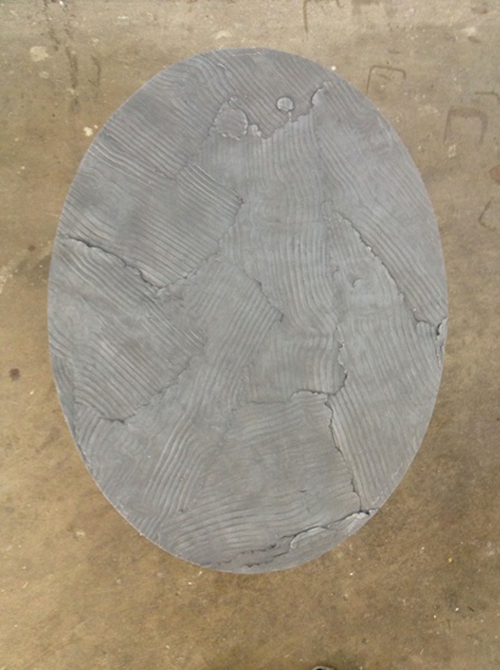 The tables relate to a much larger story that Marigold began in 2011 with the Wooden Forms. Through these he made a series of vessels using a single small piece of wood as a mould. The process sees one piece of wood pasted with hot wax in order to create an impression of the wood. This action is repeated so as to intuitively build up a form from the numerable wax impressions, creating an object that is both moulded, yet unique. The wax form is then cast into a final sturdier material through one singular movement. As Marigold has said, “The end result is an amalgam of moments. The forms are ‘wooden’ in that they have been created using wood rather than being made of wood. They therefore reference wood as an active verb rather than a monumental noun; the resulting textures are highly animated and not ‘wooden’ at all.” 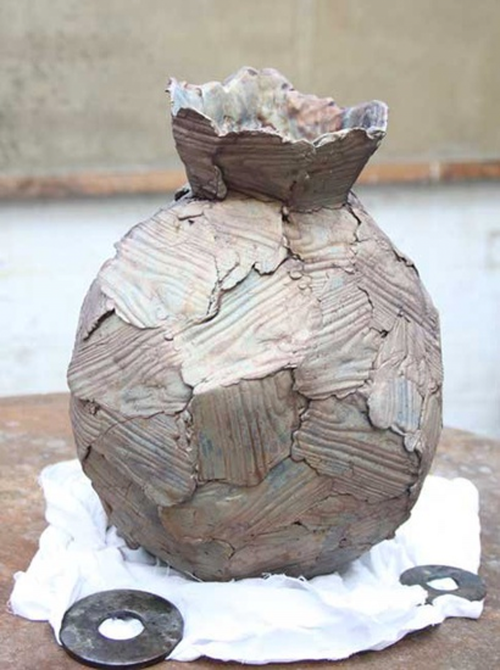 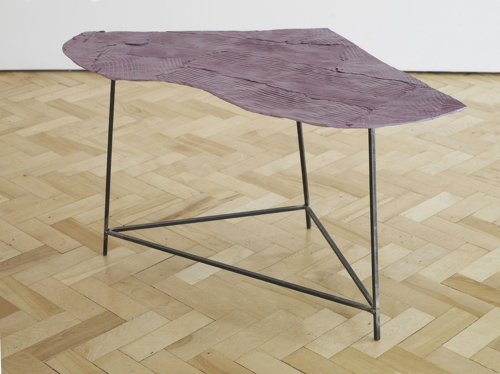 All works will be available to purchase exclusively through the gallery.

This exhibition is part of the London Design Festival and Icon Design Trail for 2014. 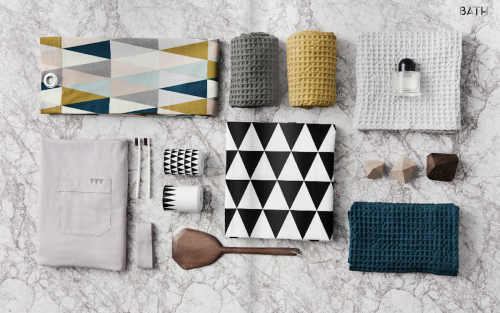 Ferm Living, a Danish interior design company, is riding high on the ever-surging trend towards Scandinavian sensibilities. They produce a line of well-crafted everyday objects with eye for color and pattern and a focus on highlighting natural materials. Retro, yes, but not kitsch. Their Autumn/Winter 2012 collection includes textiles with strong geometric prints in black and white and neon orange color combinations. The neon is something of an anomaly, however, as most of their products this year are more subdued – dark mustard, dusky mauve and rich, deep turquoise balanced by grey and wood tones. The images here are just a smattering of their hundred-page catalog. See all their products and continue on to their online shop or see if they’re stocked in your city. 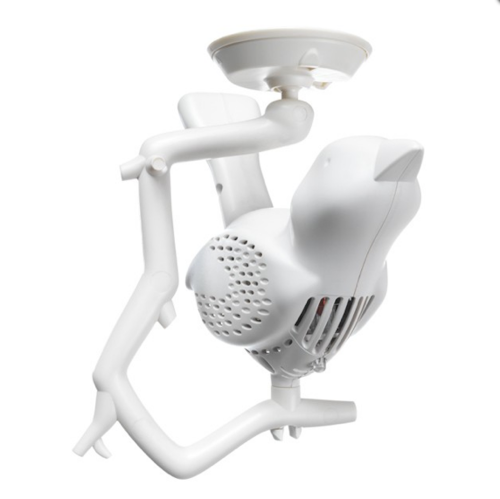 Before Kip Kotzen started neo-utility, his Brooklyn-based design sales agency and distribution company, he worked with the Eames family in California as well as with Vitra and Areaware. Since 2009 he’s been applying his excellent taste to smaller goods for the home and office, like the To:ca Alarm Clock (which is, by now, a modern icon), the beautiful handmade wooden toys by Miller Goodman or the minimal, purpose-driven desk accessories by ANYTHING that make me want to spend my last paycheck on an office makeover.

Among neo-utility’s 2012 product line up is the clever/cute Chick-a-Dee, a bird-shaped smoke detector and the Mini-ELEFAN, a small table top fan with an elephant trunk-like duct you can use to adjust the direction of the wind and control in three settings – strong, weak and rhythmical. Since the blades aren’t exposed its ideal for children, and it can be charged with a USB cable. The filter is washable, too, and it even comes with an optional aromatherapy attachment.

We also love the Recycled Sky Planter, by Boskke. Upside down planters make it possible for apartment dwellers to maximize their interior green space without cluttering up every available surface, and Boskke’s line of planters are, as their name suggests, made from recycled plastic. A float-stick indicates the water level so you know when to refill, and starting at $18, you can easily afford to cluster them in groups.

Our favorite product nominees for the design museum's design awards. 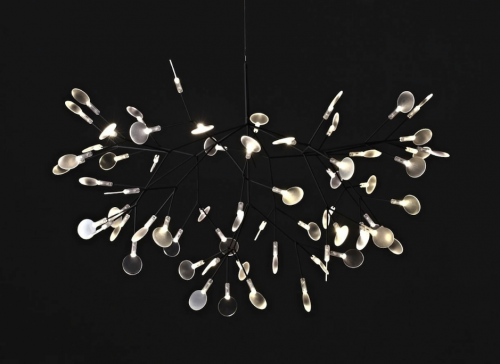 The Design Museum’s annual Design Awards exhibition opened earlier this month. Called “the Oscars of the design world,” the awards honor the most innovative and progressive designs in seven categories: Architecture, Digital, Fashion, Furniture, Graphics, Product and Transport. An overall winner will announced in April, but until then, here are our favorite nominees, starting with what we do best here at Design Applause, Product.

1. Heracleum by Bertjan Pot (above)

A stunning and delicate chandelier powered by ELECTROSANDWICH by Marcel Wanders for Moooi. From the designer:

“Heracleum’ arrived at Moooi as a fantasy. I had the wish to light many LED-lights at the same time. I experimented with bundles of electricity wires that I shaped into a branch structure. During the development of the design it just seemed that too much soldering was required. Then Marcel Wanders had the ‘luminous’ idea to use his ELECTROSANDWICH® to make the design possible. The structure was coated with a plastic layer for isolation and on top of that a conductive layer to supply the LEDs with power. Using this technique it was possible to create a structure more slender than I had hoped for when I started the project. The technique and design are perfect for each other.” 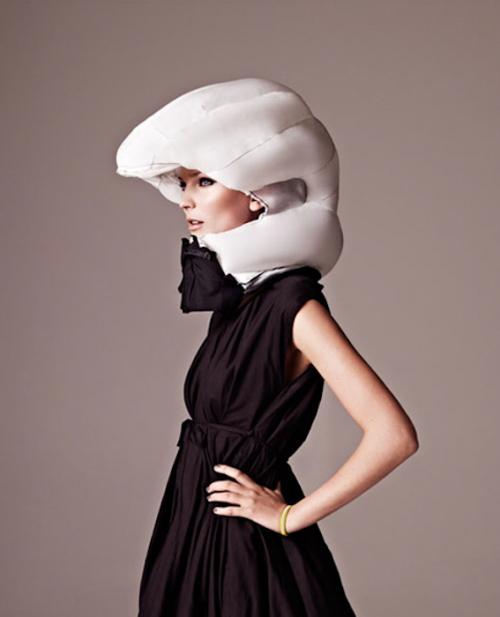 Worn like a collar, the helmet automatically inflates like an airbag around your head upon impact. “The airbag is deployed by sensors – accelerometers and gyros – that pick up a bicyclist’s abnormal movements in the event of an accident. The sensors then send a signal to the gas inflator to inflate the airbag.” Watch a video of it in action. 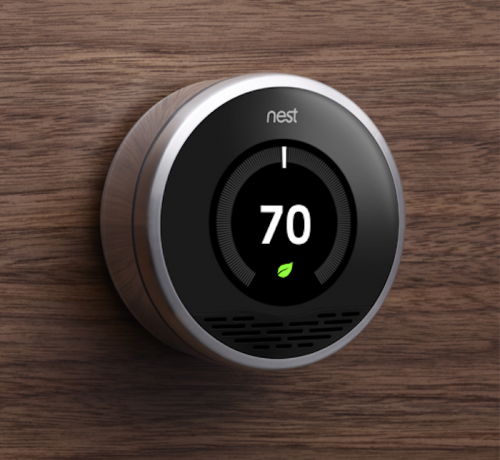 3. The Learning Thermostat by Nest

A touch screen thermostat that remembers every time you adjust it until it learns your habits. It can also be controlled via your iPhone when you’re away from home. 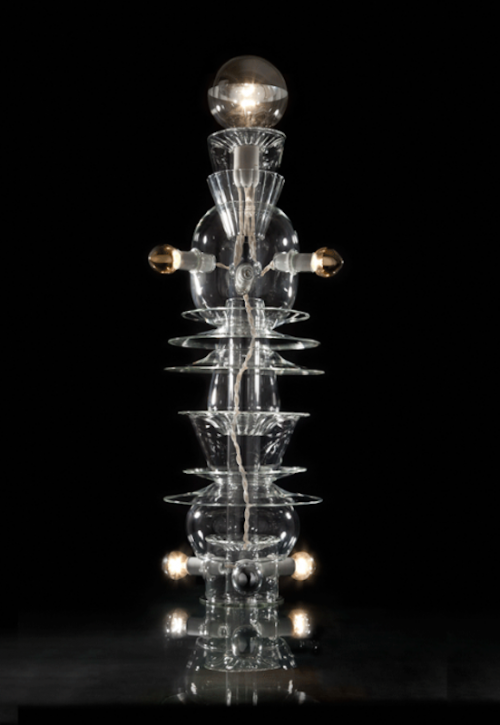