interni magazine and istituto marangoni look forward to seeing you at istituto marangoni miami for the presentation of the special issue of the italian magazine interni: icon architects: 100 international stories and visions. guest speakers representing architecture, entrepreneurship, publishing and education at an international level will discuss the role of the designer and the architect in contemporary society, the present relationship between the two disciplines and the new viewpoints towards which design culture seems to have shifted.

an initiative produced in collaboration with the consulate general of italy in miami.

thanks to: society limonta

zaha hadid defined a future architecture. a math background evolved into a geometry of planes, shapes, and spirals that wave with a spacial rhythm of time and space. hadid’s design vision extended to both buildings and objects.

zaha achieved a great deal in her lifetime. she was dame hadid. a winner of the stirling prize in architecture in 2010 and 2011. the first woman to win the pritzker architecture prize, in 2004. once described as a “paper” architect, hadid’s plans were once considered unbuildable. she was so ahead of the curve, she had to wait for technology to catch up. hadid’s vision was so strong and defined that her architectural practice continues.

there was one designer who the architect turned to design her clothes, elke walter.

a new exhibit at coam museum in madrid entitled, elke walter connexxion from dresses to sculptures & photography, a tribute to zaha hadid runs from 5-30 july 2018. the show will feature unique garments created during the time that zaha hadid was a client, as well as new directions in walter’s work. as with any visionary, elke walter expands her vision with jewelry, sculptures, and photography.

in a continuum, a young fan of zaha hadid reached out to walter to create the show. designapplause chats with elke walter about their unique relationship with zaha and her new direction.

[DesignApplause] you’re presenting new work at coam as well as a tribute to an old friend and colleague, zaha hadid. how did you meet zaha hadid?

[elke walter] i met zaha for the first time 2006 at luminaire in miami. nargis and nasir kassamali introduced me and my work to her and she immediately liked it. but despite our long relationship, we never became close friends. we respected each other and there was a strong connection between us based on a common taste and the strong will to work in a very singular and different way.

[DA] your style was already developed when you met zaha.
[EW] i’m not influenced by someone or something. it always felt like coming from an inner source, i started with some very rudimentary cuts and then little by little developed my own way of creating garments. i always wanted to do my very own ‘thing’, invent not copy. and when i met zaha, i already did these architectural shapes without having any idea of her’s or other architect’s work.

i am self-taught and created and made my first clothes 1998 when i lived with my husband and our 3 sons in montpellier, france. i’ve found my first clients there and when we moved back to hamburg in 2001, i opened my own store there one year later. in the beginning, i only made one-of-a-kind pieces, mainly in black and white. encouraged by a growing clientele, i started creating collections and showed them on fashion fairs and in showrooms in paris, new york, and milan.

i always preferred staying independent as well in my creativity as in business. i had my own style and felt very much attracted by structured fabrics. in my very personal way of cutting, folding and draping these materials, i created sculptural pieces with sometimes architectural shapes. it was a logical consequence for me to use the same skills for making sculptures and jewelry. almost all my photographs show my work or the material i’m using.

[DA] how did zaha choose pieces in your collection?

[DA] you had an unusual road into fashion. you are now devoted to sculptures, jewelry, and photography. your fashion feels more like wearable sculpture.

[EW] the structure of the fashion business did not suit me. the repetition felt forced in line with the way l work.

when we moved to france again in 2012 i changed everything and did pop-ups in art and design galleries and architecture offices. several garments in this exhibit were on display at zhd gallery in london when zaha was present.

my sculptural objects are a continuation of my work on garments. i felt the need to create something non-wearable, to study the possibilities of manipulating fabrics, create volume and density. i always start with one small object and then, by making hundreds of them and attach them to each other, the sculpture grows and grows. it’s fascinating and has no limits. for these objects, i love working with pleated polyester fabrics that have a metal optic but feel soft.

[DA] your photos will also be on view.  your photos feature strong and mysterious images. on instagram, you are very minimal and directional with your presentation.

[EW] when i first started taking pictures, it was all about nature and architecture and it was just for fun. i used my samsung note and some apps and posted the result on instagram. @elkewalter 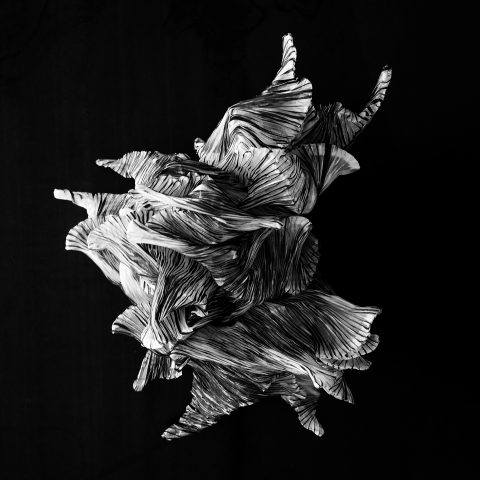 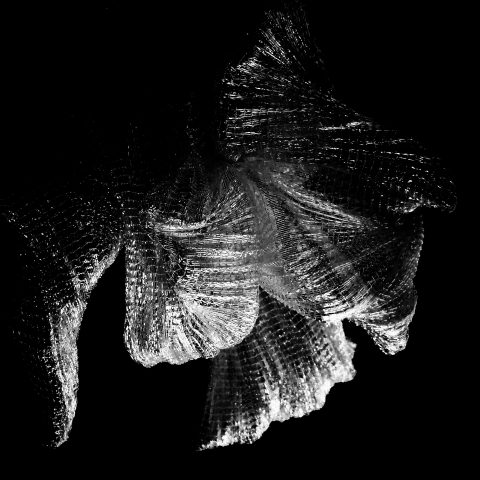 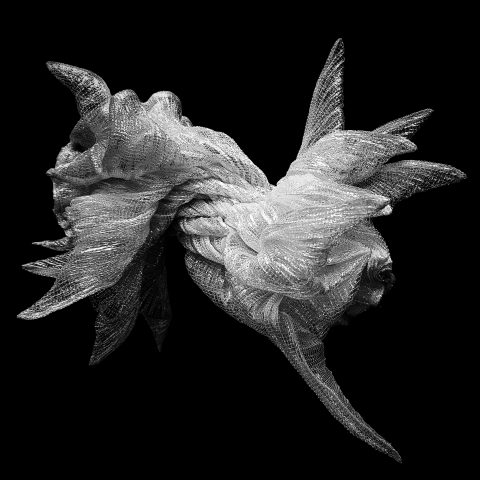 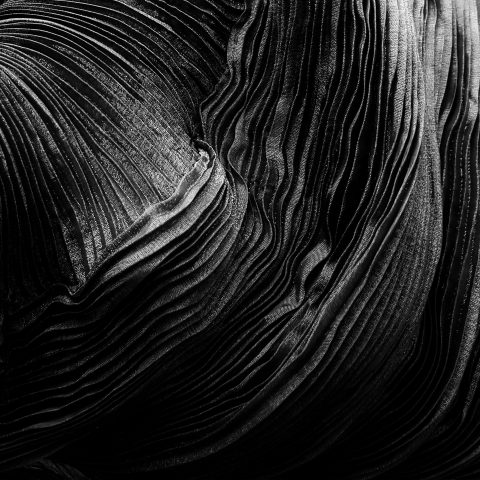 about 2 years ago, i thought it would be useful to have all my work photographed and systematically took pics of all my sculptures. or just parts of it. i always preferred black and white images, and it became a real pleasure to use filters and try new techniques. i only use my smartphone, that’s my personal challenge. i don’t want to think too much about it, just do it, quickly, in my studio, while i’m working. the show will feature photos of the fabrics i am using in my work.

i like to alienate these materials by using filters. often you don’t know if what you see on the image is organic or artificial. photography became a part of my universe, my very personal way of seeing and showing my creations.

[DA] the show at coam is called ‘connexxion’. there are so many invisible threads between your work and zaha including the formation of this show.

[EW] last year, i was contacted by juan antonio fuentes, an architectural student in madrid. juan reached out to me on social media and i enjoyed his work and followed him as well. he ordered a coat and then asked me if i’d ever come to madrid. as i told him that i’ve no contacts there, he proposed to care for this. juan showed my work to one of his teachers, guadalupe cantarrero, and together they had a meeting at coam, the chamber of architects.
coam’s vice dean carlos lahoz valacio knew my work. he agreed immediately to give me the opportunity for a solo exhibition in the context of my years of creating one-of-a-kind garments for zaha hadid.

[ elke walter ] has been creating sculptures as fashion since 1998. her fabrics are produced in a small rural france mill, using old techniques mixed with modern knowhow. there she gets her fabric ideas realized: pleated, twisted and finally dyed delicately on the structured outside. elke has always employed fabric as a medium for her creative expression, one which has been evolving from one-of-a-kind fashion to an increasingly sculptural work.

elke walter’s sculptural work creatively references the late zaha hadid, a person that she not only admired for her creative impetus, but with whom she had a personal relationship. elke walter was zaha hadid’s favorite designer for many years – understandably, as both considered fashion to be architectural. or intergalactic.

[ coam ] the official college of architects of madrid is the public law corporation that represents and defends the interests of architects.

italian design brands and the us market: opportunities

in conversation with gilda bojardi / editor in chief interni

use your ears to listen to the ‘i’s’

For the past five years I’ve attended terrific installations created and presented by Luminaire: Miami in December during Design Miami at the Luminaire Lab and in June during Neocon at the Chicago showroom. 2014 was a very special year because the first showroom in Miami was 40 years old and Chicago 25. Luminaire founder Nasir Kassamali needed something / someone special to help celebrate the occasion. He invited long-time friend and collaborator Italian designer Piero Lissoni to lend a hand. 1:1 Piero Lissoni exhibition will be on display until 10 July 2014. 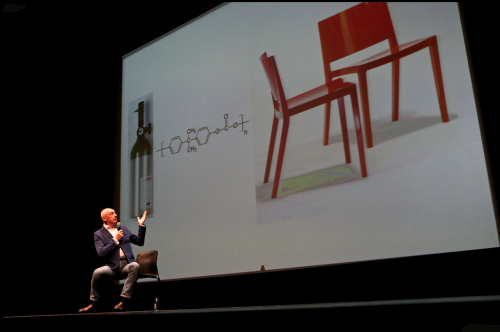 275 attended a lecture at the Chicago Museum of Contemporary art. Lissoni presents what he does best and few can claim – his range of mastery in product design, interior design and architecture. Here are a few comments I remember – ‘I was born six hours late and Alessi asks me to design a watch, insane!’; ‘Even with traditional material, you can do anything’; ‘If you design without decoration, it’s enough to be both precise and uncomfortable’; ‘It’s possible to do something only if somebody helps you’. His 60-minute presentation and self-deprecating demeanor conveys his playfulness and allows for 15 minutes of ‘what was I thinking?’ such as the lamp he was asked to design that elicited no light – very controversial with client – [ Once (in the blue) for Flos ] 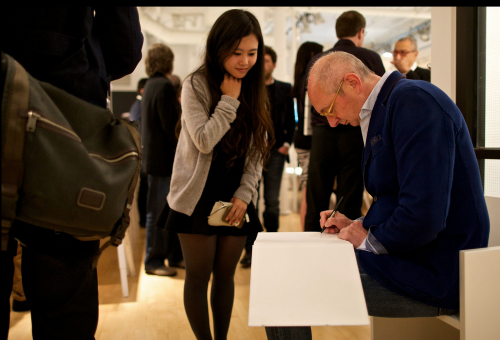 over 550 attend a reception at luminaire and a book signing 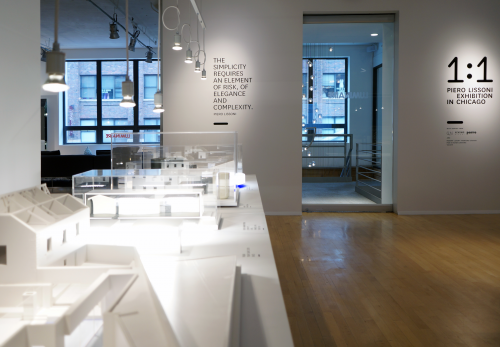 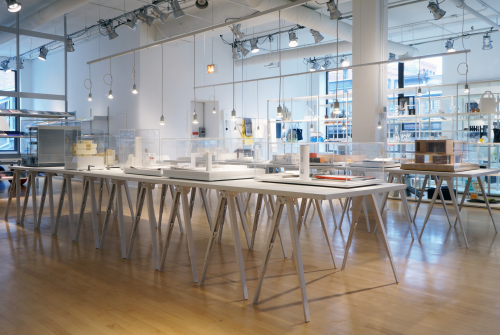 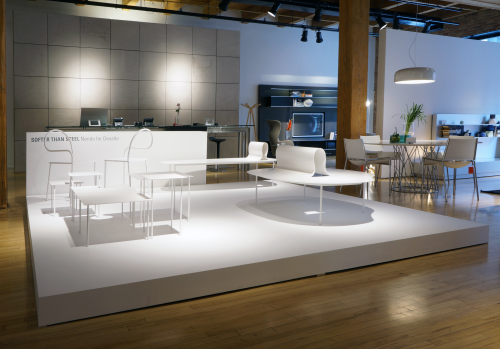 one of three floors of showroom curated for 40th-25th anniversary

the 26th annual [ international furniture fair ] is at new york city’s jacob k. davits convention center. we’ll alert you to events of interest, adding them to this post as they come in. we will be attending. following @ICFF #ICFF @wanteddedsign #wanteddesign @IndustryCityBK @NYCxDESIGN #nycxdesign 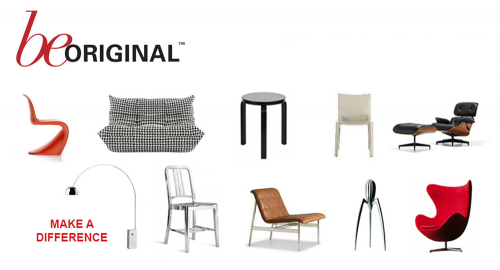 sunday, 18 may | 2 > 3p / [ be original americas ] returns to [ wanted design ] with a hard hitting look at why original design is important – to everyone. amanda dameron (editor-in-chief, dwell), will lead a prestigious panel to explore how in the advent of our Internet age, good design is available to the consumer through myriad channels. so how can the design industry continue to educate the public about making informed choices, honoring authentic design and eschewing the convenience of knockoffs? panelists include felix burrichter (editor & creative director, pin up), giulio cappellini (art director and creative managing director, cappellini), paolo cravedi (managing director, alessi na), nasir kassamali (president, luminaire), bonnie mackay (bmackay consulting) and mark schurman (director, corporate communications, herman miller 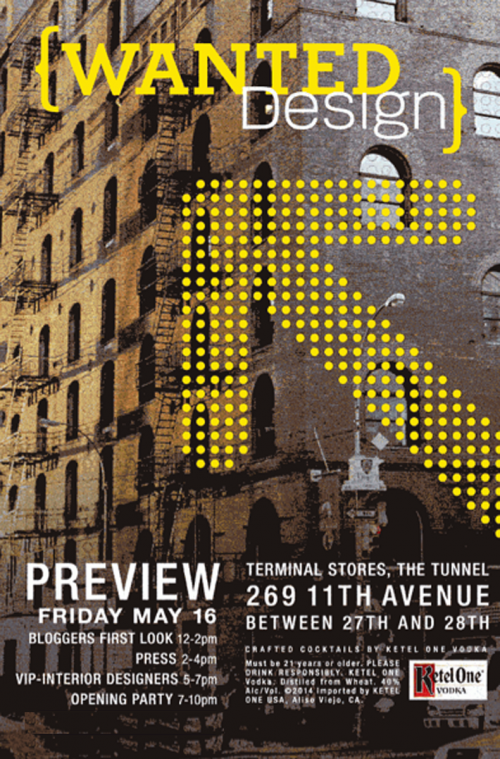 friday, 16 may | noon > 10p / wanted design [ pre-view – by invitation only ] a whole gamut of time-slots for bloggers, press, interior designers, vip’s and everyone else taking place at the terminal stores, the tunnel [ WANTEDDESIGN 2014 ]

friday 16 thru 31 may / wallpaper* handmade in new york | fresh from milan’s salone del mobile, the exhibition dedicated to the marriage of craftsmanship and design, will arrive in new york for ICFF with several newly commissioned design pieces created in collaboration with british car manufacturer jaguar. the exhibition will be held in the 345meatpacking building, a new luxury development from ddg. [ more handmade ] 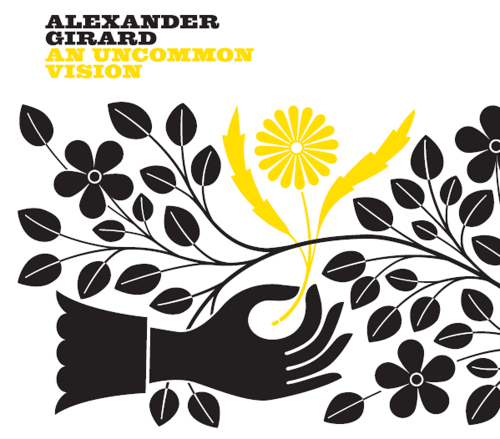 friday, 16 may | 4 > 6p / alexander girard: an uncommon vision [ pre-view – by invitation only ] on the occasion of the first archival reintroductions of furniture and screen-printed fabric panels by iconic 20th century designer alexander girard, herman miller and maharam celebrate his life and work with a special exhibit and installation. an uncommon vision will be open to the public 17 > 28 may 17-28 at . 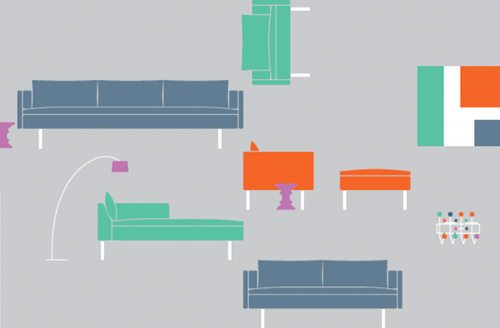 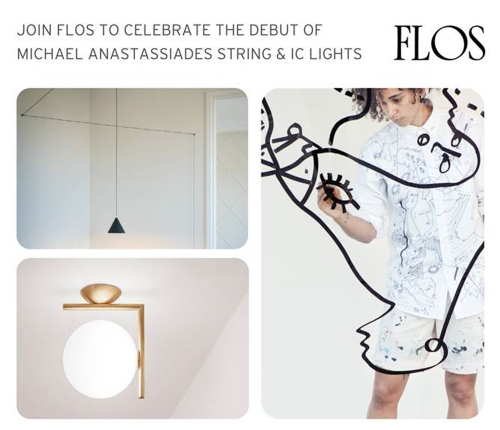 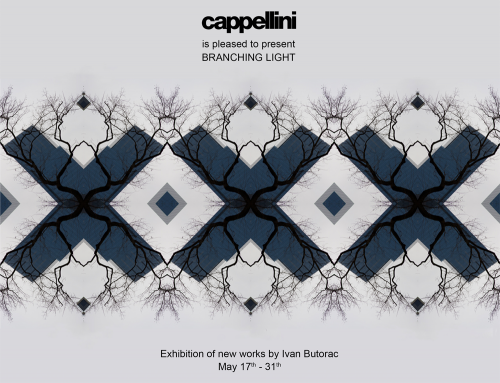 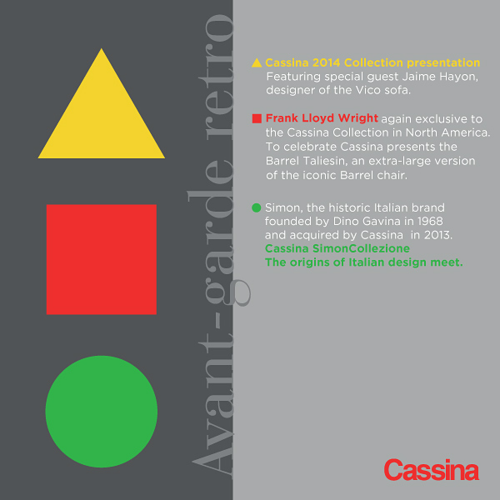 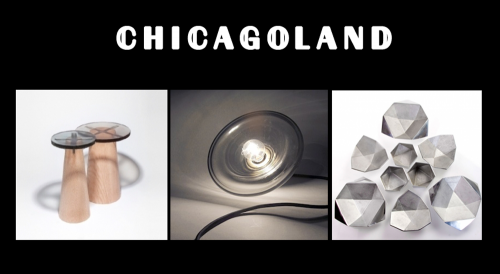 friday, 16 may | noon > 10p / chicagoland in new york | is an exhibition of design work by 14 chicago designers that will be shown during NYCxDesign. it’s challenging to see it all opening night, so we invite you to join us again saturday at 4pm. we’ll be serving beer from the chicago-based revolution brewery. press preview noon > 4p

thru 20 may / industrycity/design | a historic, thirty-acre manufacturing and innovation complex on the waterfront in sunset park, brooklyn, as part of NYCxDESIGN. open to public all day noon > 7p / sunday noon > 4p / closed monday, 19 may.
where> 220 36th street / brooklyn