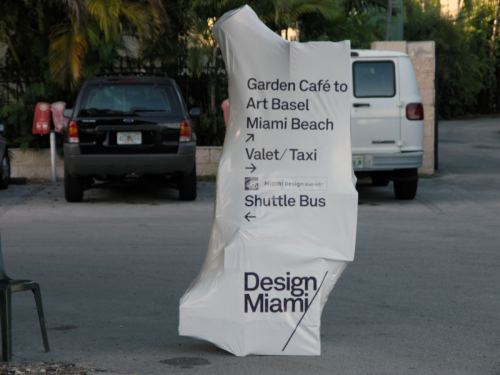 [DesignApplause] It’s late afternoon and the crowd has thinned out a bit in the Design Miami pavilion where ten design galleries are set up. Having just arrived I am at the moment in the Barry Friedman gallery space. Barry knows I would like to talk to a designer and introduces me to Wendell Castle who walks into the space because he and Barry are going to dinner. 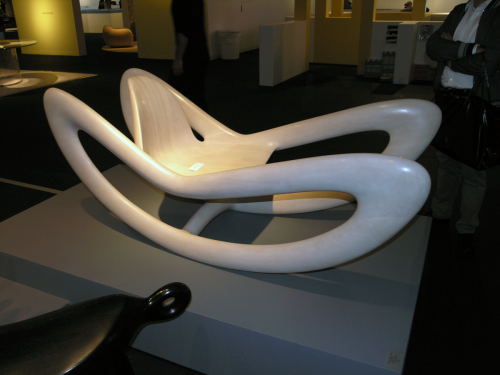 [Wendell Castle ] I’m Wendell Castle and I’m here at Design Miami right in front of four pieces of mine, two what I think of as stools and two are huge rocking chairs. I’ve really been into rocking chairs last year, about a dozen in this series that all have these very long rockers, where often you don’t know where the ideas come from for things or references, but then sometimes you do.

The little stools are like walking stools. These pieces have names and I forget their names and I have to read the labels. I don’t remember names, but the little stools are a small edition so we’re going to make more of those. But the rockers are unique. And that’s what I’m involved in on a daily basis, making furniture as art.

[DA] Where did you grow up?
[WC] Rochester, New York. Actually just outside Rochester in a little village called Scottsville.

[DA] Well, I love your work. These rockers are very playful. I did think of a vintage Talbot-Lago when I look at the rockers. The wood finish is remarkable.
[WC] Thank you.

[DA] That was all the time I had with Wendell but now I recognize his work. I am a bit late with posting this chat however I was prompted as Wendell is opening a show 4 November at the Carpenters Workshop Gallery in London. The name of the gallery certainly alludes to the craft of Wendell for sure. And as he mentions there are over a dozen rockers out there, I’ve inserted others that were not in Miami in this post.

award a partnership between design miami/basel and W hotels. 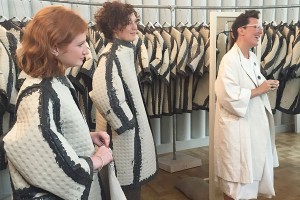 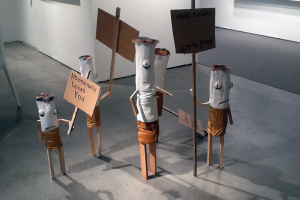