Our friends from Bookman, the Swedish bicycle accessory brand Bookman and German Notabag are bringing you the Notabag Reflective Bag & Backpack this Fall. The product is a clever combination of a bag and a backpack made from high visibility reflective material. With a pull of the straps it quickly transforms from a bag to a backpack and is ideal for cyclists since its design lets you use both hands for riding. The Reflective Bag & Backpack makes the cyclist really stand out on the street at night, and it also works great for pedestrians and skaters.

“Dieter Rams’ Ten Principles of Good Design were my mantra during the process of developing Notabag. I’m somewhat obsessed with simplicity and functionality, and wanted to apply that approach to every aspect of Notabag.” Adnan Alicusic, founder of Notabag.

“When Adnan approached us with his enthusiastic personality and showed us the Notabag, I knew right away that I wanted to do something together with him. The Notabag was already near perfect but making it reflective adds a useful function for cyclists. Not only does it enhance safety, but it also gives the bag a sharp look both in daylight and when lit up by beams of headlights.” Mattis Bernstone, Creative Director of Bookman. 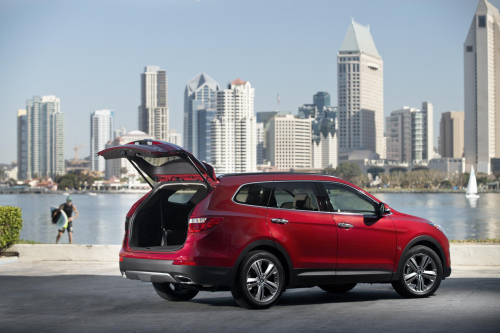 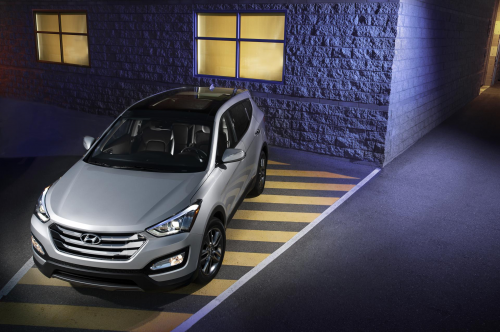 [ official release ] For the third year in a row,Hyundai’s innovative and unique design language has earned a GOOD DESIGN™ Award from The Chicago Athenaeum: Museum of Architecture and Design and The European Centre for Architecture Art Design and Urban Studies. The 2013 Hyundai Santa Fe was awarded this accolade in the transportation category for its dynamic character lines and bold design features.

Now in its 64th year, GOOD DESIGN Awards honor the yearly achievements of the best industrial and graphic designers and world manufactures for their pursuit of extraordinary design excellence. GOOD DESIGN is the oldest and the most prestigious architecture and design Awards Program organized worldwide, and strives to create a revived awareness about contemporary design and to honor both products and industry leaders in design and manufacturing that have chartered new directions and pushed the envelope for competitive products in the world marketplace.

For 2013, the GOOD DESIGN Awards were judged in Chicago by an international jury of design professionals, architects, experts and cultural leaders. The jury honored more than 700 product designs and graphics from over 38 nations with GOOD DESIGN Awards.

“Hyundai prides itself on pushing the envelope in regards to style and design,” said Chris Chapman, chief designer, Hyundai Design Center. “With the 2013 Santa Fe, we wanted the vehicle to be a functional, mobile sculpture and receiving the 2013 GOOD DESIGN Award for transportation acknowledges this design achievement.”

The all-new Santa Fe adopts its own design concept called “Storm Edge,” which captures the strong and dynamic images created by nature during the formation of a storm. Featuring sophisticated and refined lines, which are in harmony with its bold and voluminous surfaces, the Santa Fe presents a more masculine appearance that its predecessor. 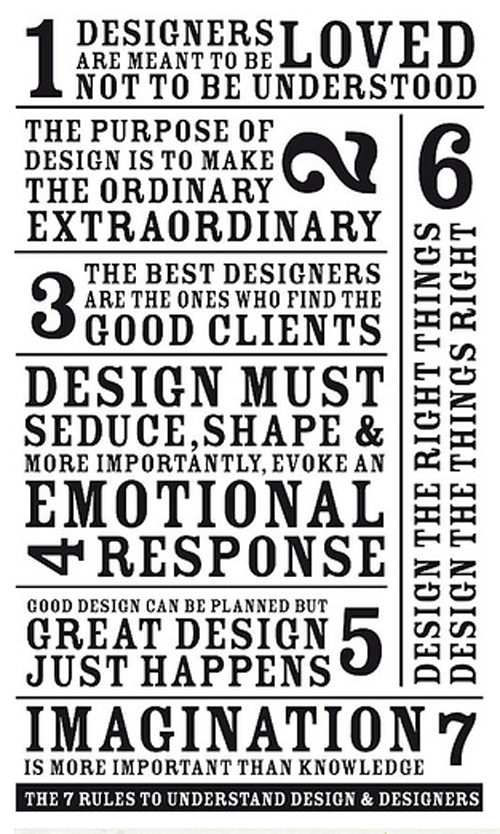 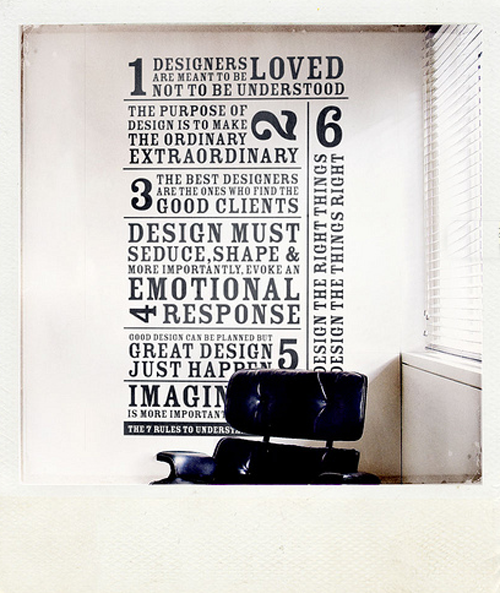 this nifty little 7-piece chart of command – ments for designers has been making the rounds lately.
I especially like numbers 5, 6 and 7. But when I look at it I can’t help but be reminded of another list with 10 bullet points that, like their creator, are simple and streamlined. I’m talking about Deiter Ram’s “Ten Principles for Good Design.” No good designer ever really forgets them, but if you haven’t checked in with Dieter in a while it’s worth a refresher. Like his products, his principles will, no doubt, stand the test of time. [ Ten Principles for Good Design ]