lilium aims at liberating towns and cities from today’s congestion and pollution, with people able to come and go freely, vastly expanding the radius of their everyday lives. 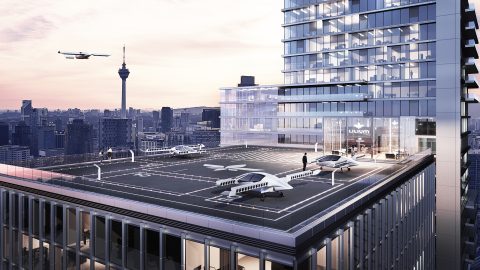 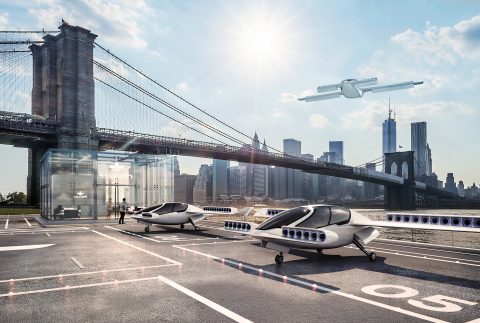 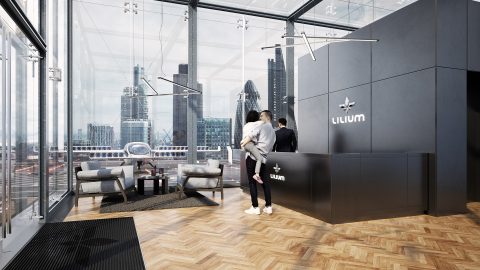 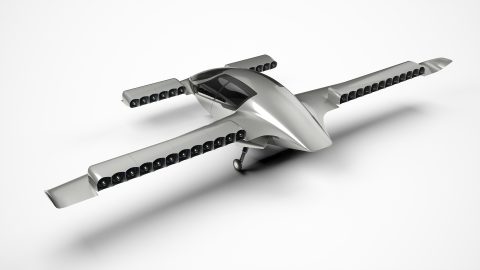 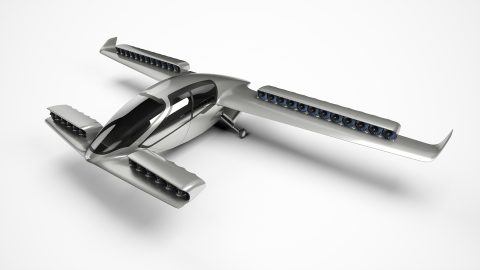 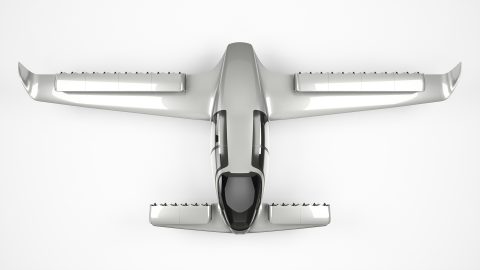 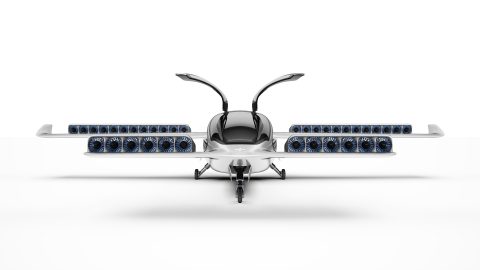 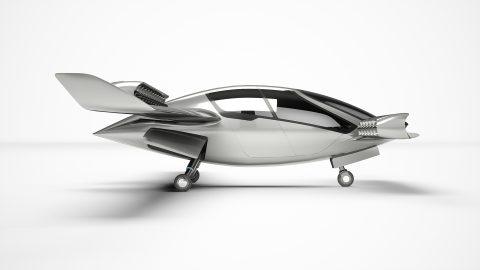 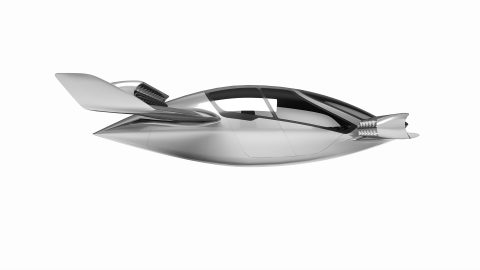 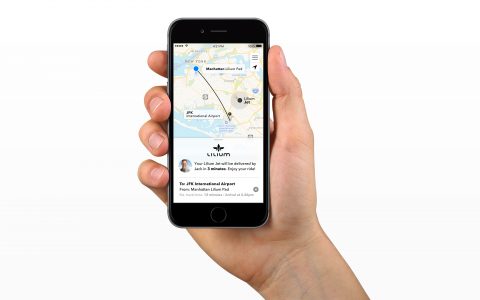 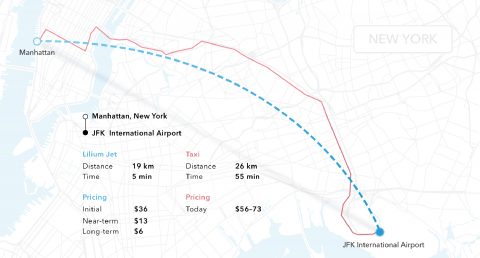 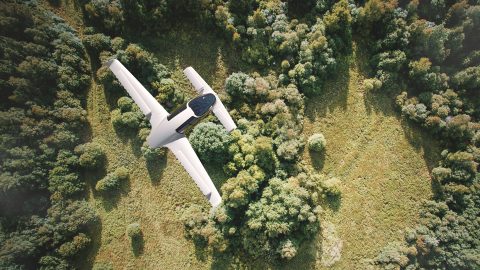 [ official press release ] munich, 20 april 2017: lilium jet, the first zero-emission electric plane capable of vertical take-off and landing (vtol), has completed a series of rigorous flight tests in the skies above germany. the two-seater prototype executed a range of complex maneuvers, including its signature mid-air transition from hover mode to wing-borne forward flight.

lilium is now developing a larger, five-seater version of the jet, designed for on-demand air taxi and ridesharing services.

celebrating the landmark moment, lilium co-founder and ceo daniel wiegand said: “seeing the lilium jet take to the sky and performing sophisticated maneuvers with apparent ease is testament to the skill and perseverance of our amazing team. we have solved some of the toughest engineering challenges in aviation to get to this point.

“the successful test flight programme shows that our ground-breaking technical design works exactly as we envisioned. we can now turn our focus to designing the five seater production aircraft.” the lilium jet is 100% electrically powered, so creates no harmful emissions, making it a potential solution to deteriorating air quality in towns and cities, caused by road traffic.it is also the only electric aircraft capable of both vtol and jet-powered flight, using its wings for lift, similar to a conventional airplane.

this advanced capability consumes around 90% less energy than drone-style aircraft, enabling the lilium jet to achieve a range of more than 300 km with a maximum cruising speed of 300 km/h. in flight, the jet’s power consumption per km will be comparable to an electric car. take-off and landing for a lilium jet only requires a small open space or landing pad on a building – alleviating pressure on congested roads. the combination of energy efficient flight and minimal ground infrastructure will enable passenger flights with comparable pricing to normal car taxis over the same distance.

a typical journey by lilium jet will be at least 5x faster than by car, with even greater efficiencies in busy cities. for example, a flight from manhattan to new york’s jfk airport will take around 5 minutes, compared to 55 minutes driving. the ability of the lilium jet to travel long distances, quickly and at low cost will also open new opportunities for people to live further away from their place of work. lilium describes this phenomenon as increasing the radius of living by 5x.

[ how the lilium jet works ] the lilium jet is a lightweight aircraft powered by 36 electric jet engines mounted to its wings via 12 moveable flaps. it is unique in combining the benefits of vtol offered by helicopters and drones, with the speed and range of a jet aircraft.

at take-off, the lilium jet’s flaps are pointed downwards to provide vertical lift. once airborne, the flaps gradually tilt into a horizontal position, providing forward thrust. when the wing flaps are horizontal, all of the lift required to keep the lilium jet in the air is provided by air passing over the wings – as with a conventional airplane.

safety is of primary concern of lilium, and the jet is designed along the principle of ultra redundancy: the aircraft’s engines are individually shielded, so the failure of a single unit cannot affect adjacent engines. the lilium jet’s power cells are designed to continue delivering sufficient power for continued flight and a safe landing in the unlikely event that part of the battery configuration fails. lilium’s flight envelope protection system prevents the pilot from performing maneuvers that would take the aircraft beyond safe flight parameters.

[ about lilium ] lilium was founded in 2015 by daniel wiegand and three fellow-academics from the technical university of munich. the group shared a vision of a completely new type of transportation. in less than two years,

lilium has grown from the founding team to a company of more than 40 world-class engineers, developing and building the first fully electric vertical take-off and landing (vtol) jet.

with an estimated range of 300 km, a maximum cruising speed of 300 km/h, and zero emissions, the lilium jet will be the most efficient and environmentally friendly means of high speed transportation. with ultra-redundancy by design, the lilium jet is also setting new standards in aircraft safety. 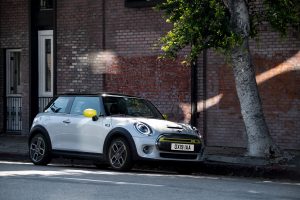 a heavier mini with a lighter carbon footprint, maybe more nimble as her center of gravity is one inch lower. the mini se will start at $29,900 and available spring 2020. 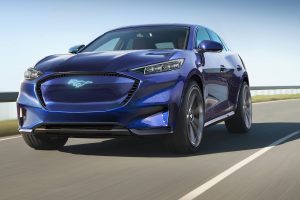 1920-21 mustang mach-e all-electric suv a hint of the past but mostly about the future.

if the new mustang mach-e doesn't look like a duck nor walk like a duck why call it a duck? this new suv, though tagged with the past, hints of mustang in the head and taillights and ponies here and there. but this new all-electric suv is really built for an exciting future. 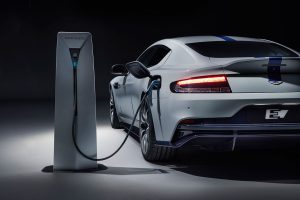 the big automakers are eyeing electric because electric cars provide many benefits to drivers.