the big automakers are eyeing electric because electric cars provide many benefits to drivers. here’s five:

1 > electric vehicles save you money
every electricity provider in the 50 largest us cities offers a rate plan that makes filling up on electricity cheaper than gasoline. view average savings in your city.

we should see at least 15 new electric vehicles coming for the 2020 model year from both long-established automakers and high-tech start-up ventures:

aston martin rapide e < below >
a true exotic sports car. based on the low-slung rapide coupe, production will be limited to 155 units worldwide, with a sky-high sticker price. it’s expected to run for around 200 miles on a charge and register a 0-60 mph time of less than four seconds. all 155 units are already pre-sold. 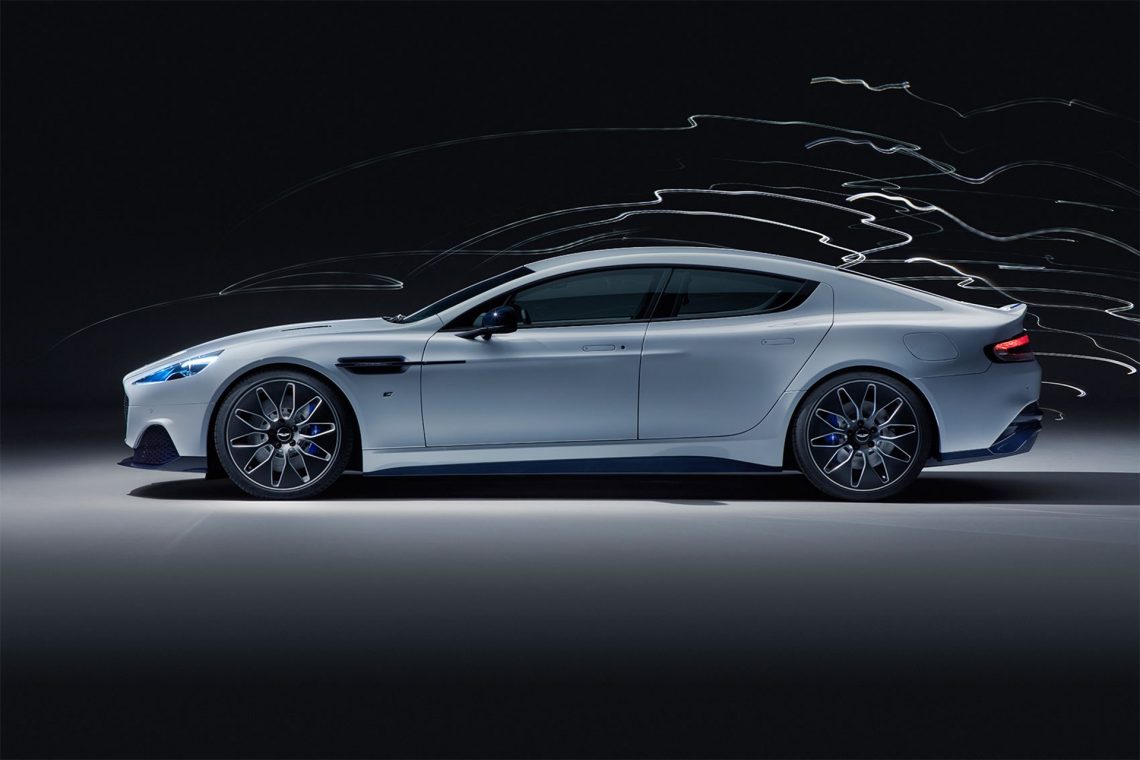 audi volkswagen-based e-tron suv < below >
audi will borrow volkswagen’s meb electric platform for use in its own small suv. it will become the third e-tron model – following the 2019 e-tron suv and sportback variants. this yet-unnamed model is an affordable, high-volume baby e-tron. promising 220 miles on a single charge from a 95-kwh pack. 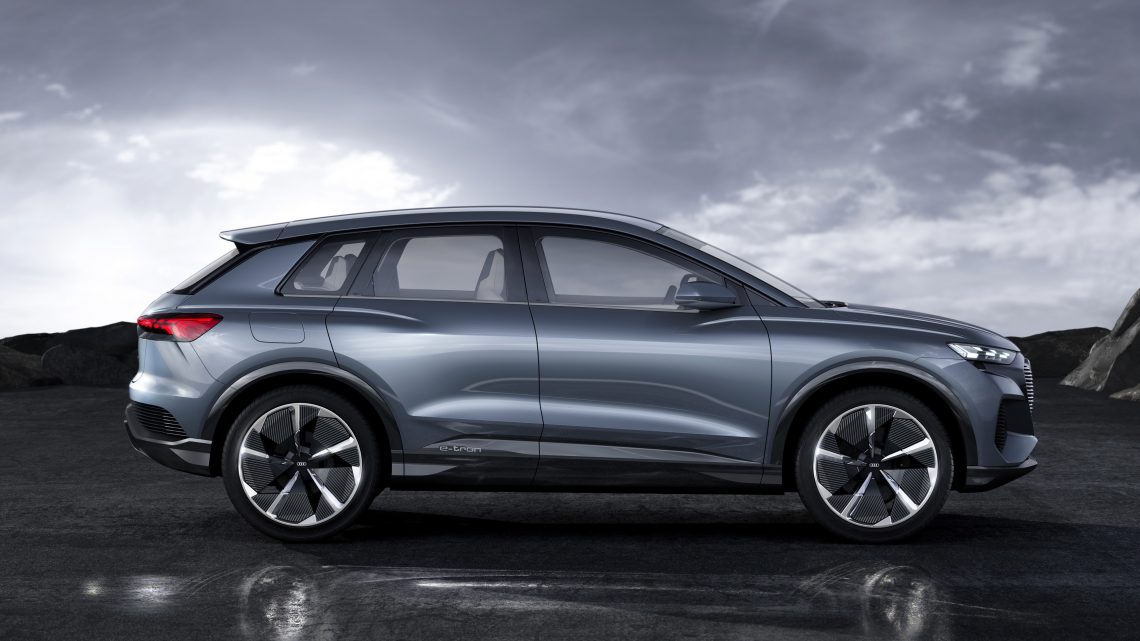 bmw ix3 < below >
an electric crossover is equipped with a 70-kwh battery pack providing about 220 miles of range on a single charge. a single electric motor produces 270 horsepower.

chevy bolt ev < below >
the 2020 ev delivers a 259-mile electric driving range* on a full charge, which is a 21-mile increase over the previous model. this 8.8% driving range increase comes with no physical changes to the battery pack. the 2020 chevy bolt ev will get two new exterior colors: cayenne orange metallic and oasis blue. $37,495. 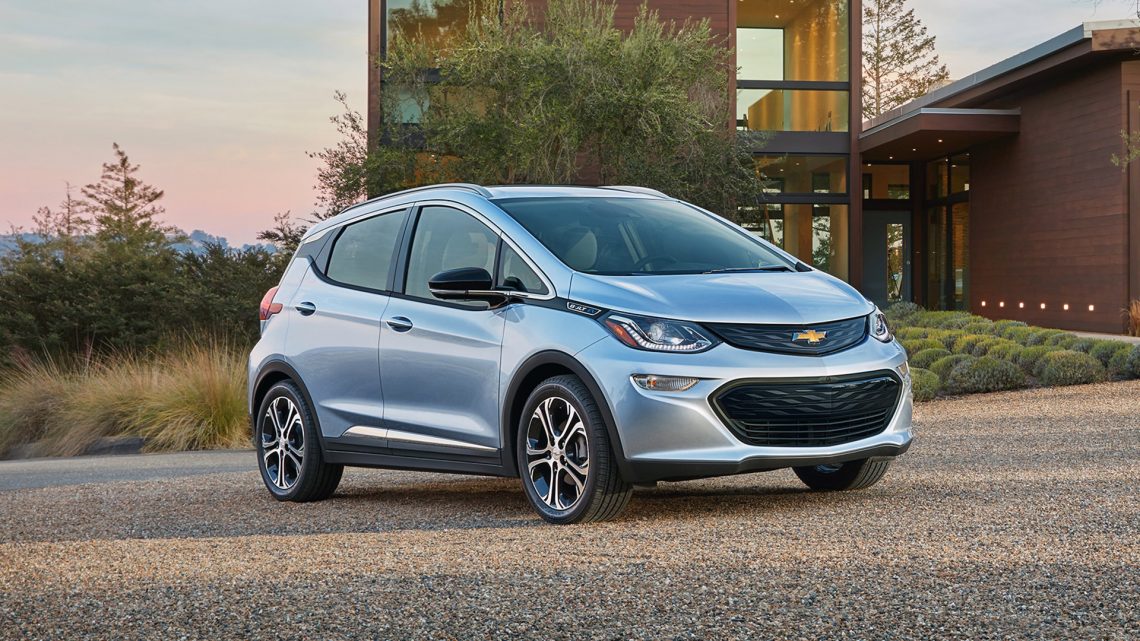 kia soul ev < below >
a new 64 kwh liquid-cooled lithium ion polymer battery pack should deliver well in excess of 200 miles on a charge. power will be bumped up to 200 horsepower with 291 pound-feet of torque. it will come with four drive modes and four levels of regenerative braking, including a setting for one-pedal driving. 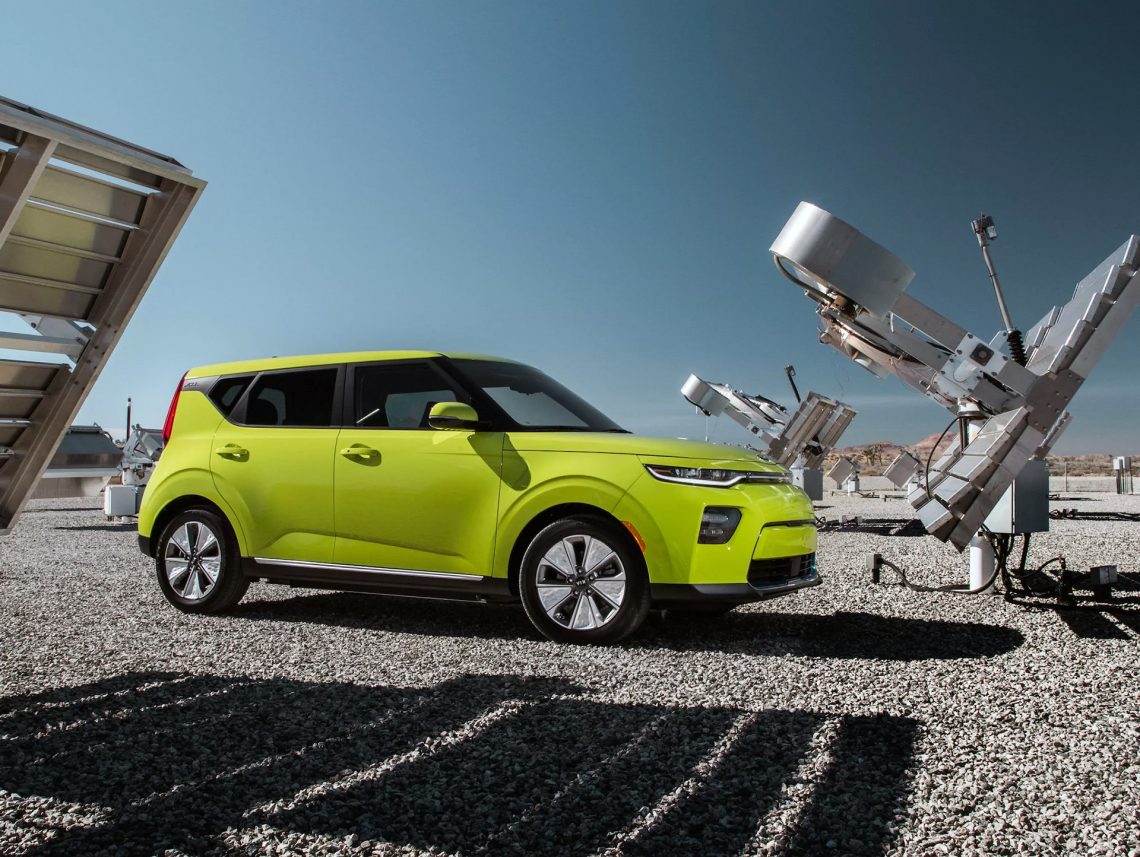 mercedes-benz eqa < below >
an electric version of the gla, the hatchback is inspired by the concept eqa shown at the 2017 frankfurt auto show, does 0-62mph figure in the region of five seconds, a proposed 60-kwh battery and up to 250 miles of driving range, based on european emissions tests. 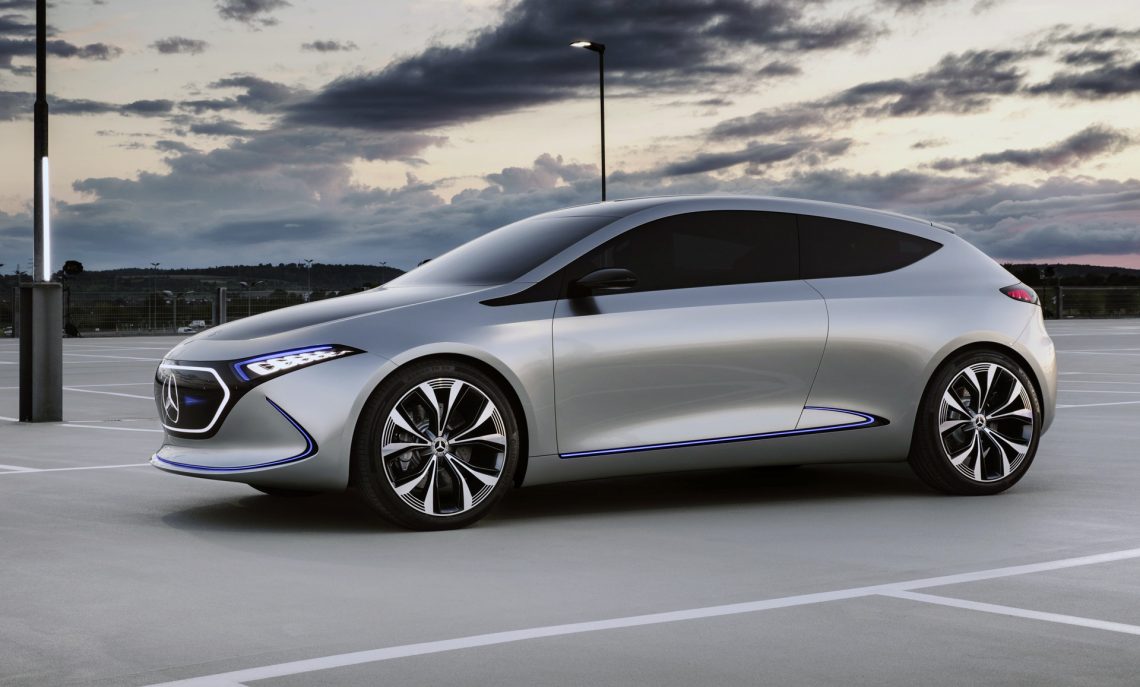 mercedes-benz eqc < below >
an suv with two electric motors that combine for an output of 402 horsepower with 564 pound-feet of torque. all-wheel-drive will be standard, along with a long list of convenience, connectivity, and safety features. range projected at plus 250 miles. around $80,000. 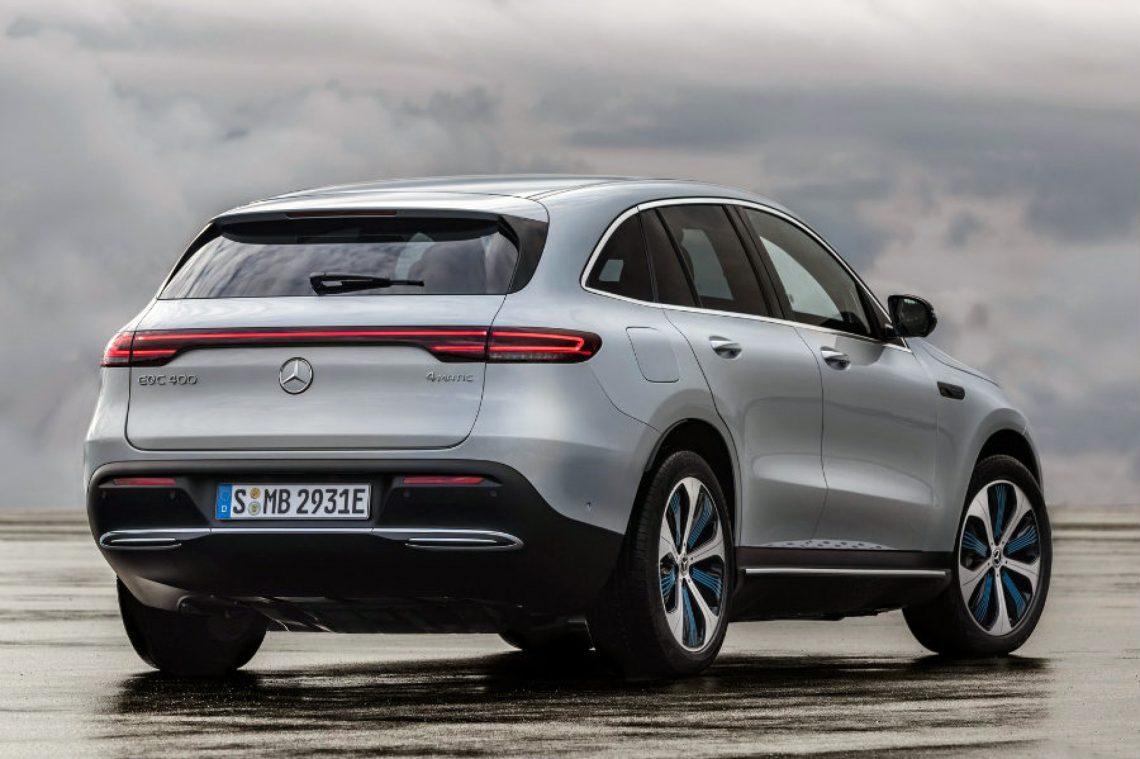 polestar (volvo) 2 < below >
volvo is launching a new high-tech sub-brand this year called polestar. its first model, the polestar 1, will be a plug-in hybrid, but the polestar 2 is a full-electric luxury four-door hatchback. a targeted a range of 275 miles with two electric motors. all-wheel drive will come standard. a limited number at $155,000. 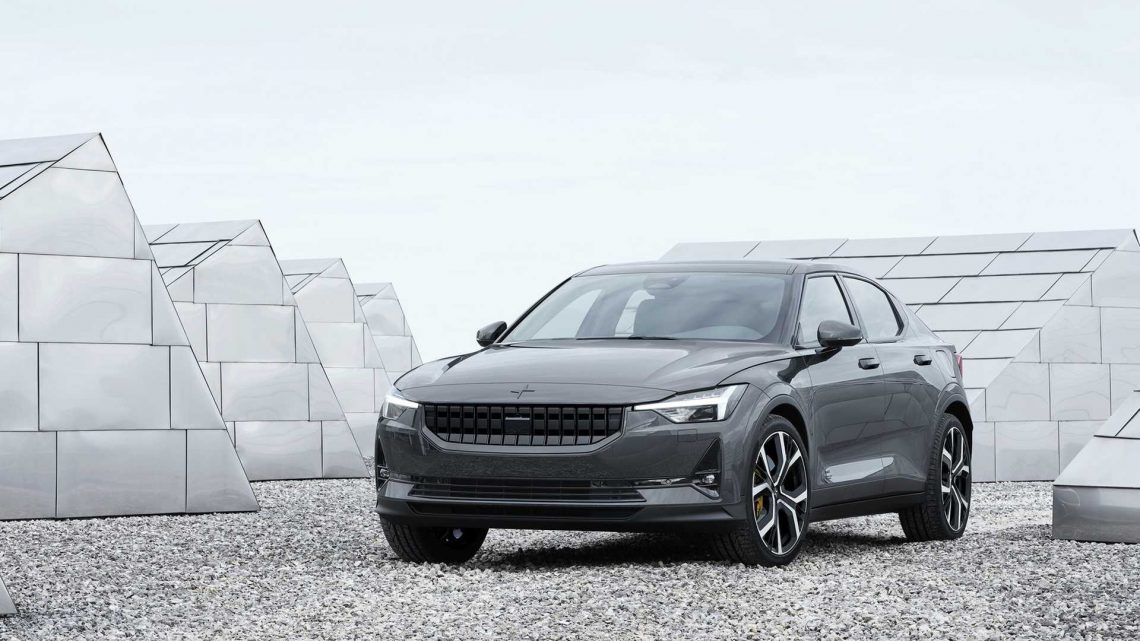 porsche taycan < below >
porsche’s first full-electric model will be an ultra-exotic battery-powered four-door sports car. listed at 62 mph (100 km/h) in 3.5 seconds, with 300 miles of range with a full battery, with the ability to recharge about 60 miles worth of energy in just four minutes. from $103,800. 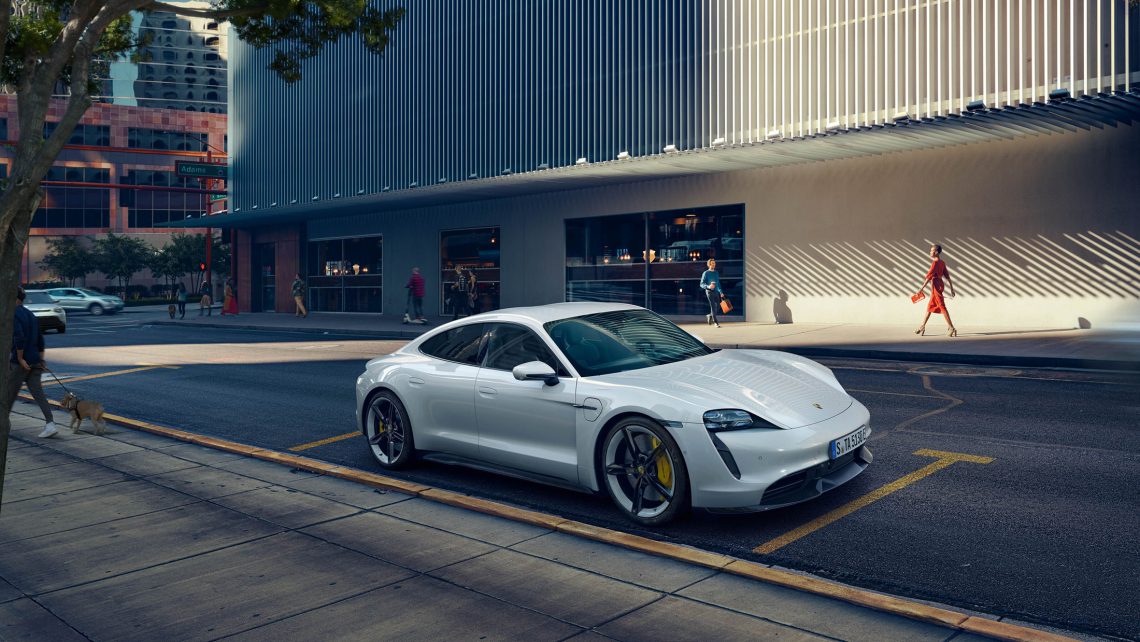 rivian r1t < below >
startup rivian plans to introduce a futuristic-looking pickup truck for 2020 to be built in the former mitsubishi factory in normal, il. the r1t eyes a 400-mile range, with a quad-motor system for off-road adventures and 0-60 mph in three seconds on paved roads. starting at $62,000. 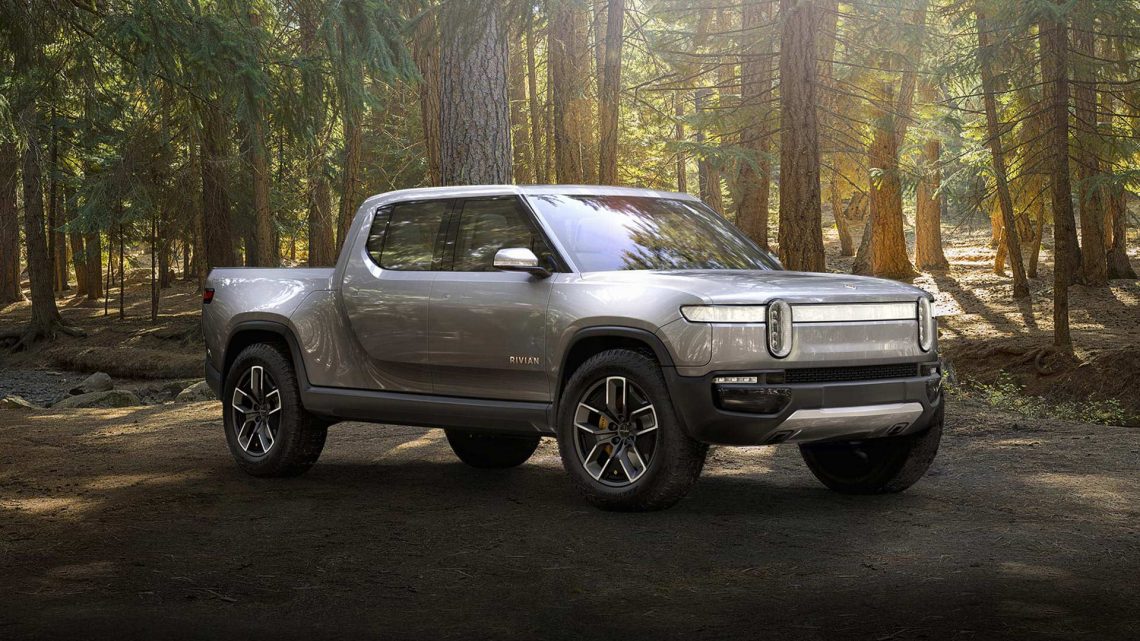 volkswagen id.4 < below >
a yet to be named all-electric crossover with three battery pack sizes offering between about 180 and 250 miles. an all-wheel-drive variant will also reportedly be available. about $30,000. 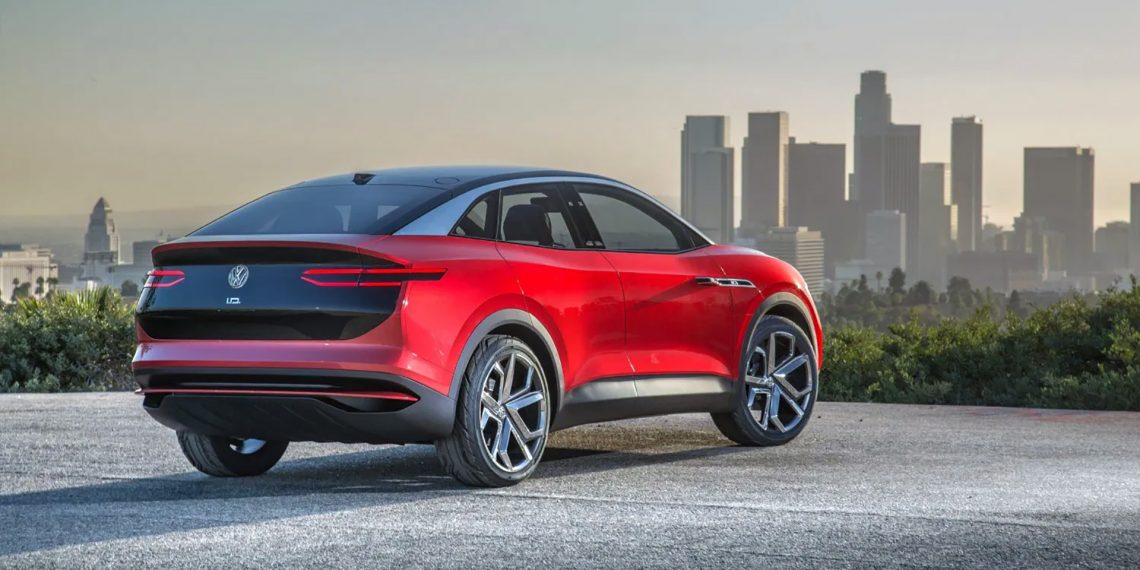 volvo xc40 electric < below >
in 2020, the first pure electric volvo will arrive in the form of a battery-powered xc40 small crossover. volvo executives hinted that the xc40 will offer about 250 miles of range – and come with a price tag below $50,000. 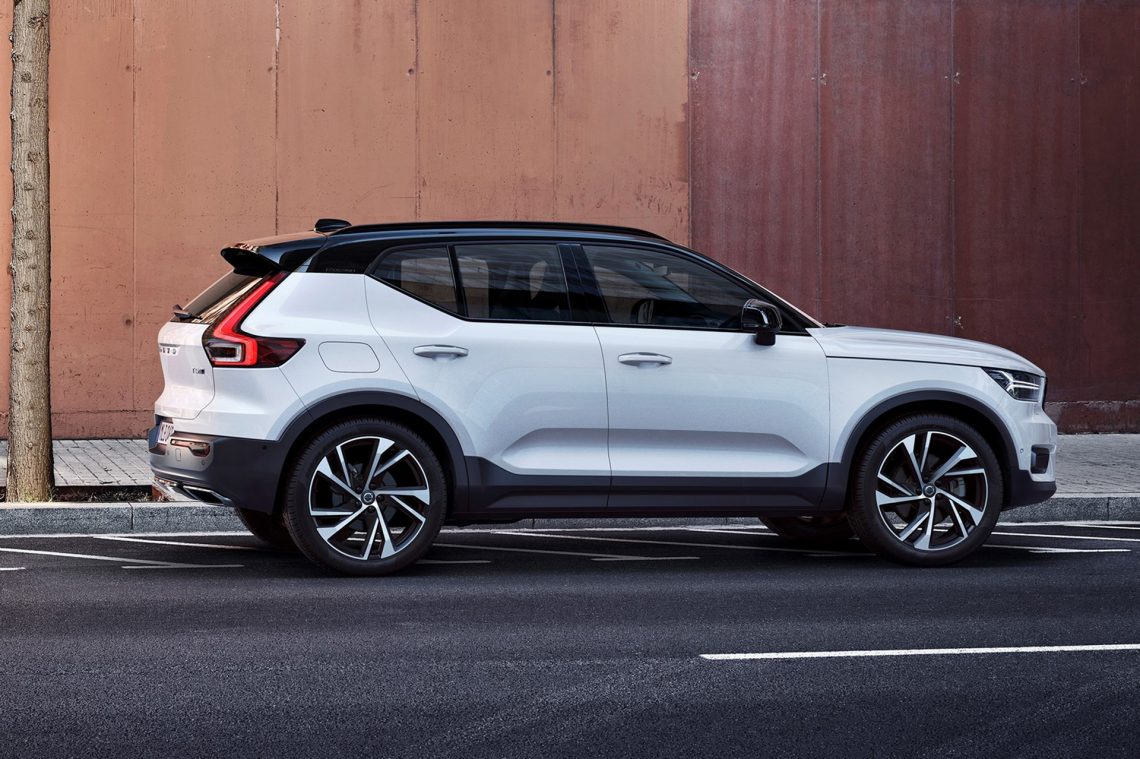 lucid air, an all-electric that evolved from a battery, now scalable for a broad range of applications including and charges quickly. in matters of taste, the air evokes luxury yacht or executive business jet stylishness: artful enough to remind us now tesla s is showing her age.

the interior design though really shines, less about aesthetics but spacial restraints have vanished. air is narrower, shorter, and lower than a model s, but with the interior space of a long wheelbase s class mercedes. this zero-emission car is designed for an era of luxurious limited space. 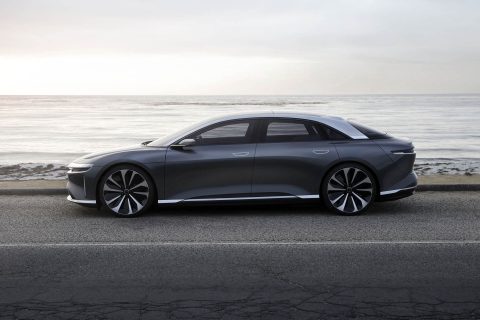 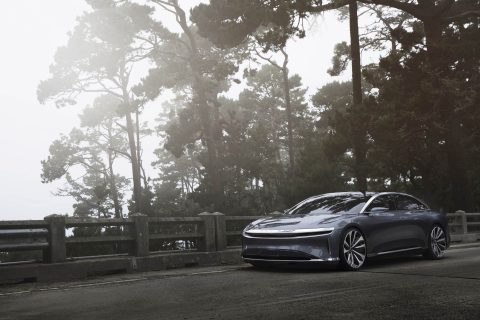 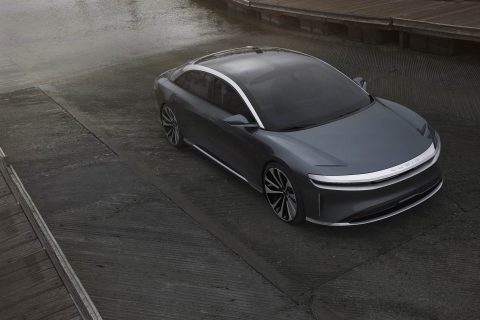 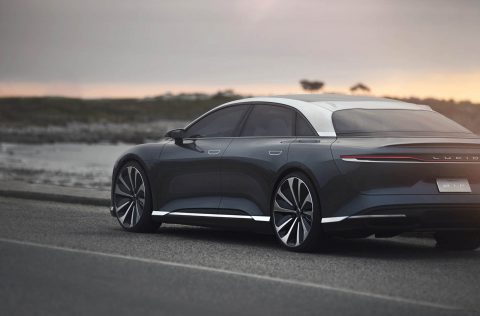 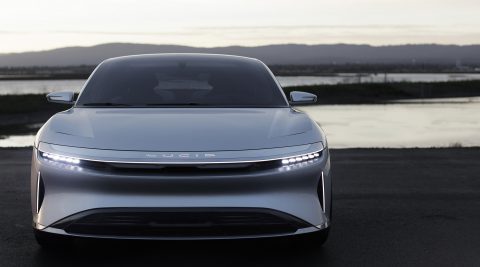 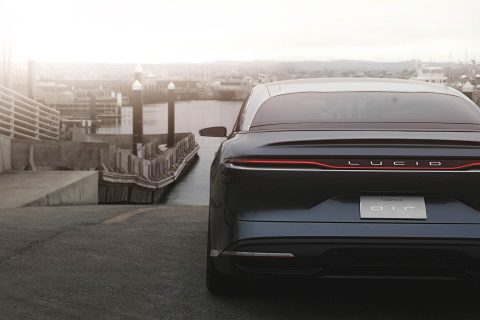 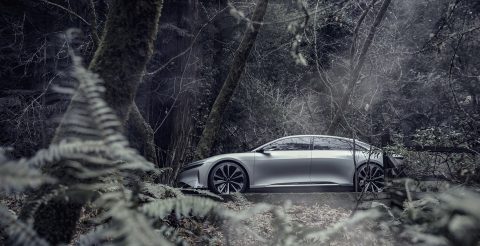 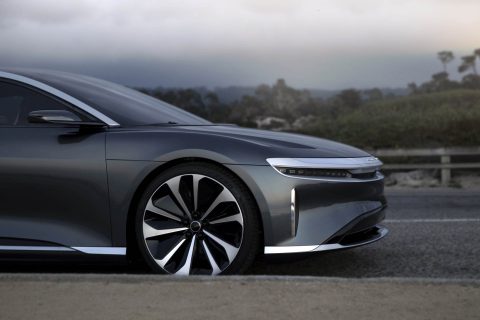 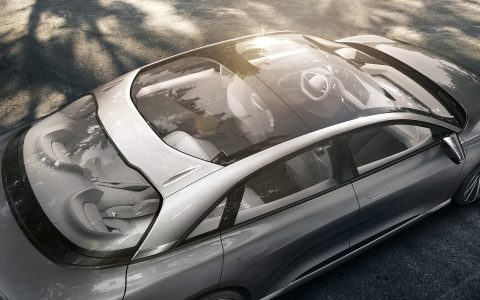 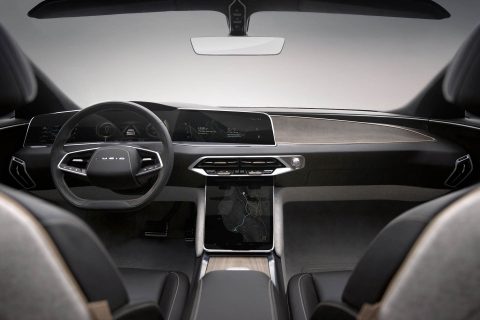 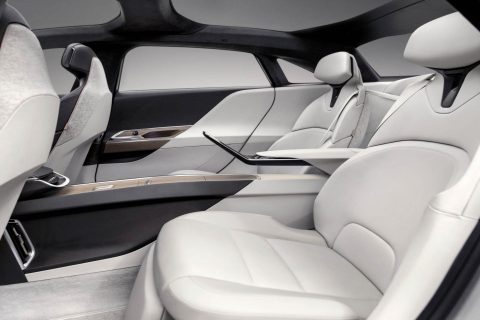 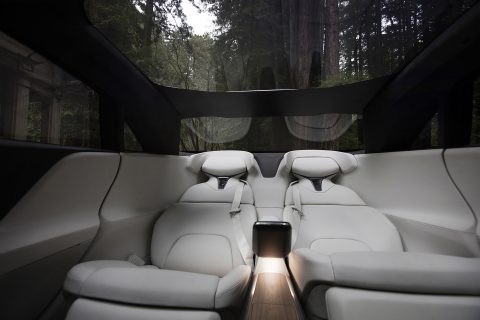 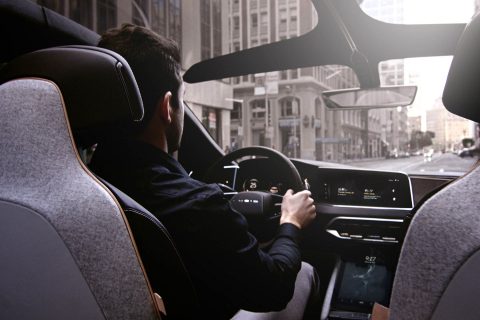 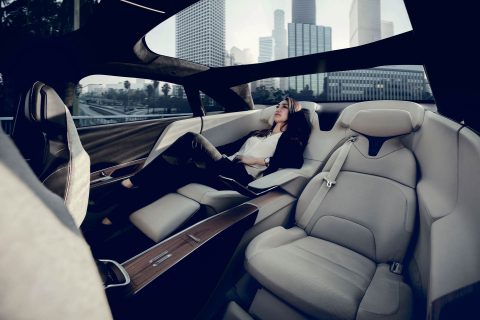 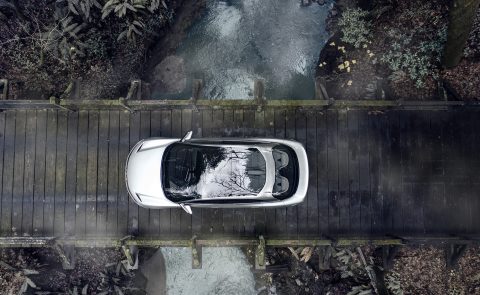 [ storyline ]
2007 lucid motors (formerly known as atieva) started with a battery and an idea. worth mentioning the tesla roadster (2008) was the first production automobile to use lithium-ion battery cells and the first production ev with a range greater than 200 mi (320 km) per charge.
2014 lucid began engineering an electric vehicle
2016 lucid launches all-electric air
2016 lucid becomes official sole battery-pack supplier for formula e racing
2016 lucid partners with samsung sdi to craft next-gen lithium-ion cells. sdi is the leading manufacturer of lithium-ion cells in the world. they also signed a similar agreement with lg chem giving them maximum flexibility to select the best cell for each application.
2017 lucid moves to new headquarters in newark california
2017 though lucid says tesla is not their competition, that audi, bmw, and mercedes is
editor’s note > we’ve been watching this car this since early 2017, considering it a best of 2017. this car seems so far along it comes as a surprise the launch date target is reset to 2019. the word on the street is financing, their current funding spread between developing a car and building a plant. they are also talking to ford. this car will help push the aforementioned ev’s to raise their bars.