Pour your body out. Pipilotti rist.

Pour your body out. Pipilotti rist.

The Donald B. and Catherine C. Marron Atrium, second floor

Pipilotti Rist’s lush multimedia installations playfully and provocatively merge fantasy and reality. MoMA commissioned the Swiss artist to create a monumental site-specific installation that immerses the Museum’s Marron Atrium in twenty-five-foot-high moving images. Visitors will be able to experience the work while walking through the space or sitting upon a sculptural seating island designed by the artist.

who is pipilotti?
Born in Grabs in the Swiss Rhine Valley, 1962

Studies of commercial art, illustration and photography at the Institute of Applied Arts in Vienna, Austria, 1982-1986
Studies of audio visual communications (video) at the School of Design in Basel, Switzerland, Professor René Pulfer, 1986-1988
Freestyle video / audio works and installations, since 1986
Freelancer as a grafic computer operator in different industrial video studios, 1987-1994
Member of the music band Les Reines Prochaines, concerts, performances and LP / CD’s, 1988-1994
Visiting professor at UCLA, Los Angeles CA, 2002-2003
From 2005 – 2009 she worked on her first feature film, ‘Pepperminta’

Lives and works in Zurich and in the mountains of Switzerland, since 2004

Her favorite number is 54. Against taboos and stereotypes with emotion and humor…

editor’s note: this video, among others, is shown to art & design students. an inspiring example of an artist explaining the concept and pulling you in with analogies, metaphors, and their passion.

Halloween at the museum. 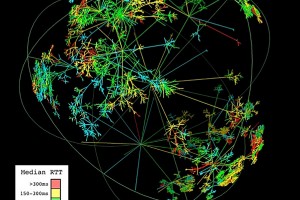 design and the elastic mind.