between them, herman miller and knoll have 19 brands and a presence in more than 100 countries. how they market themselves going forward is a case-study-worthy event in the making.

herman miller has acquired knoll. both iconic office furniture companies have more similarities than differences and it’s fair to say the roots to their present-day success is architecture and design. herman miller started with wood, knoll started with the bauhaus. great starts to mark the beginning of this very interesting story. 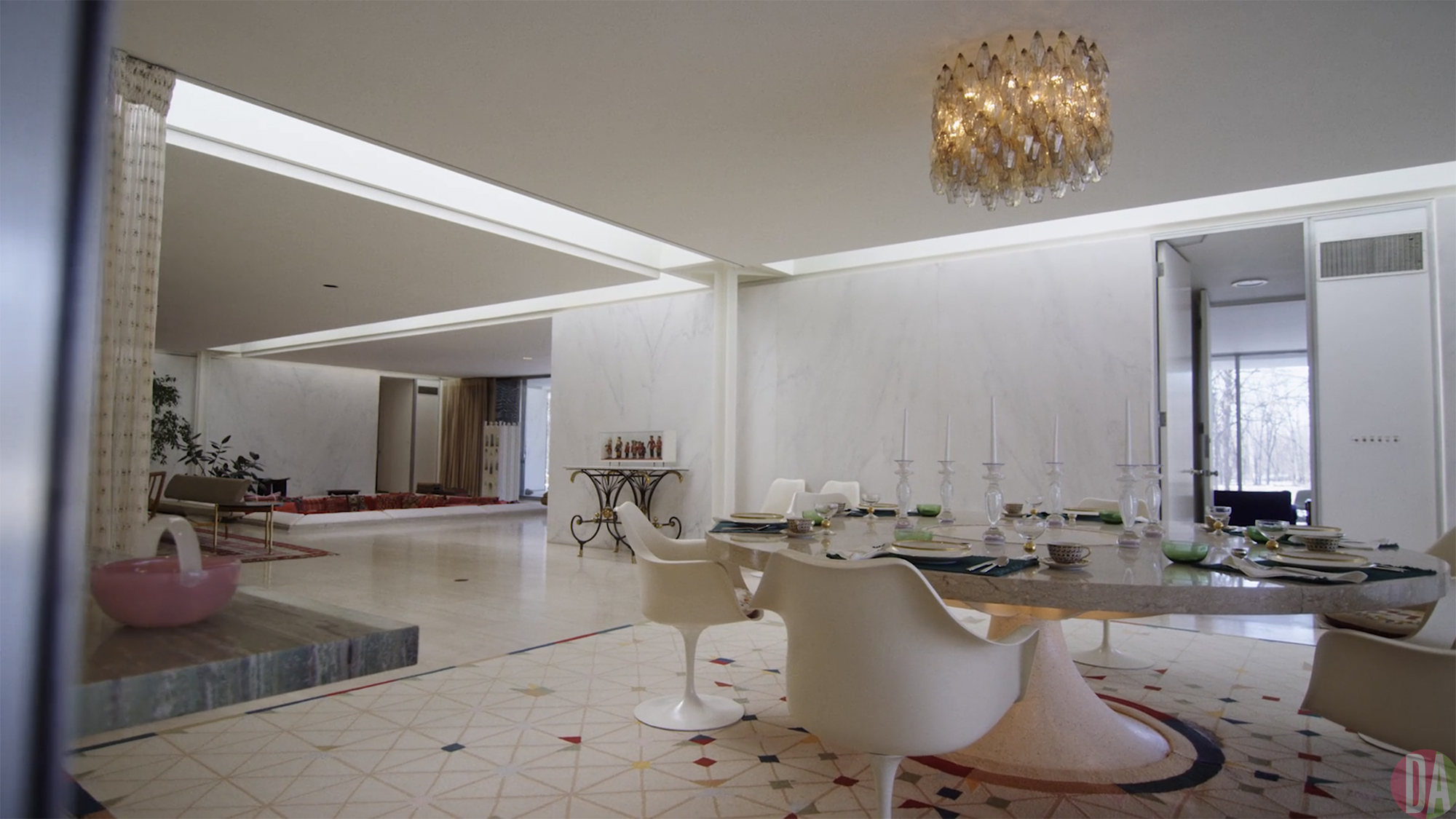 above > back to the future photo of the j miller house (no relation to herman miller) in columbus indiana. in 1953 the miller’s select architect eliel saarinen and by now herman miller’s head of textiles, alexander girard to create their home. in the foreground is knoll’s saarinen furnishings on a girard rug – below > girard’s touch in foreground and middle ground a seating area of both herman miller and knoll furnishing. today girard is listed as co-architect 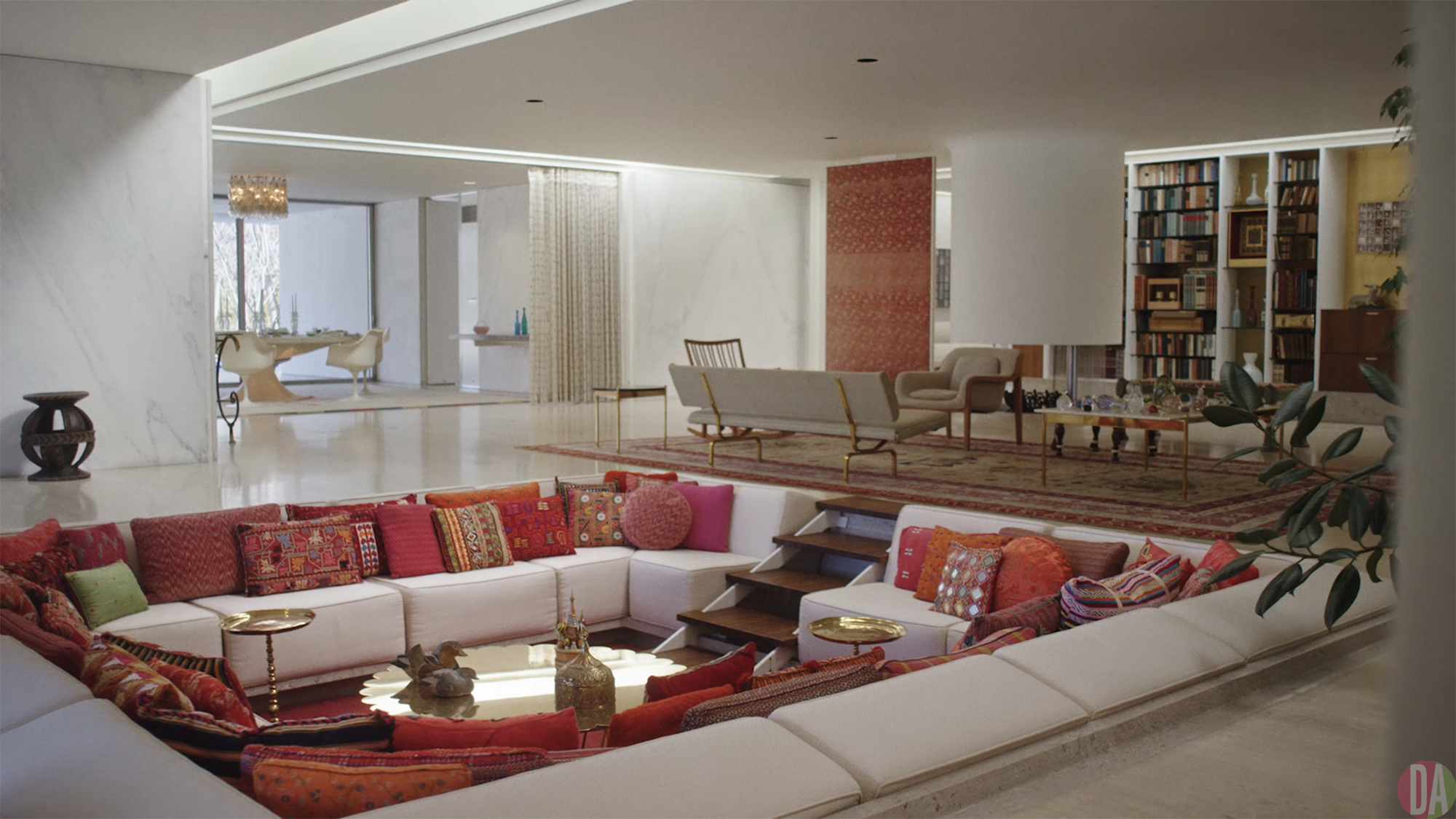 herman miller was founded in 1905 and initially the company produced wood furniture, especially bedroom suites, in historic revival styles until 1930. with the coming of the great depression the company was forced to explore new products to survive and debuted a line of modern furniture at the 1933-34 century of progress exposition in chicago. in 1942, with the introduction of the “modular executive office” group (eog), the company was primed to lead the industry during the 70s open plan workplace.

in 1945 architect george nelson joined the firm as director. over the next four decades nelson influenced herman miller through both his personal designs and the designers that he recruited including; isamu noguchi, charles and ray eames, robert propst, and in textile designer alexander girard. beginning in the late 1940s, the period under nelson’s guidance saw herman miller produce some of the company’s most recognizable pieces of furniture, including the noguchi table, eames lounge chair, marshmallow sofa, 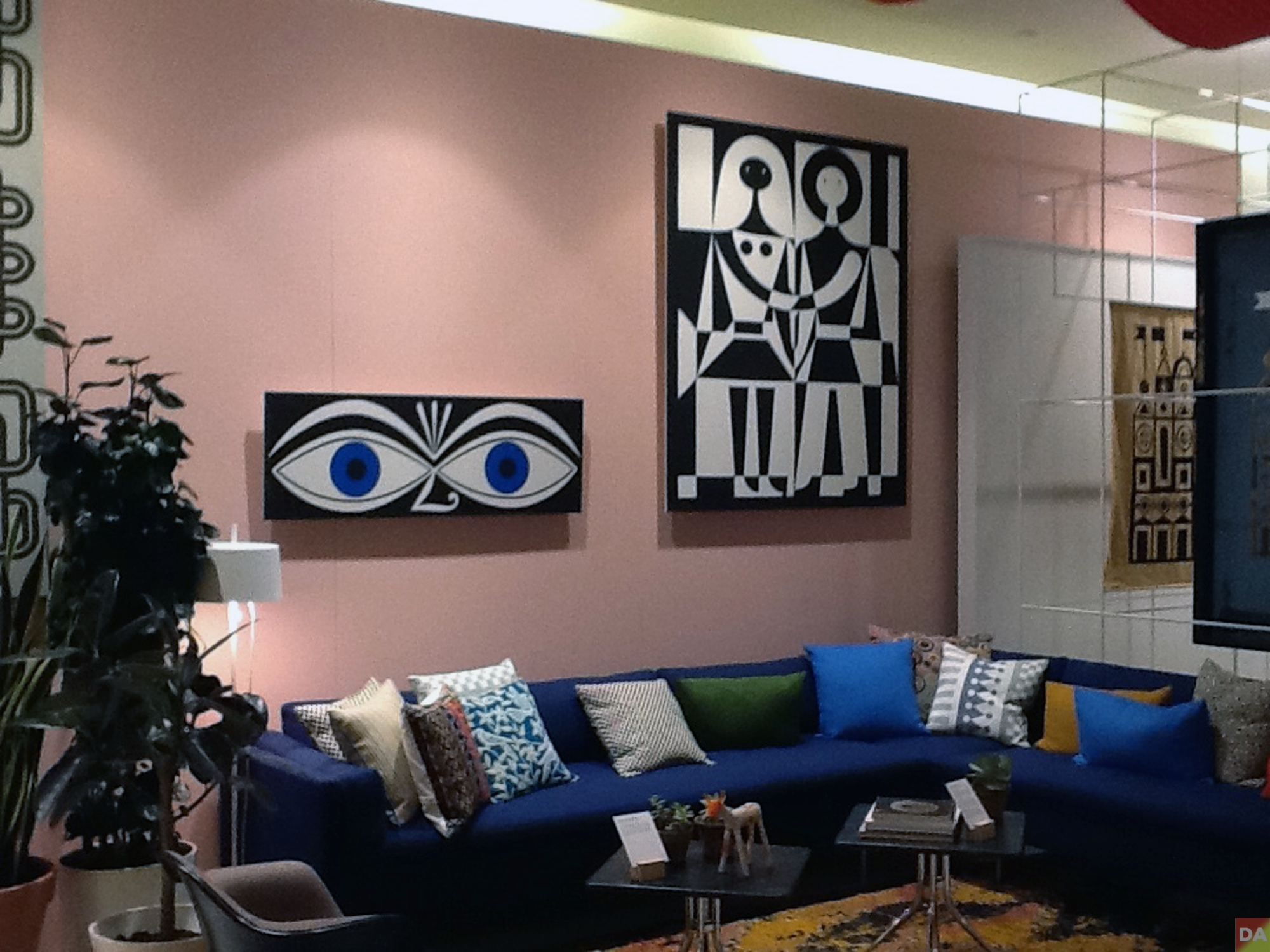 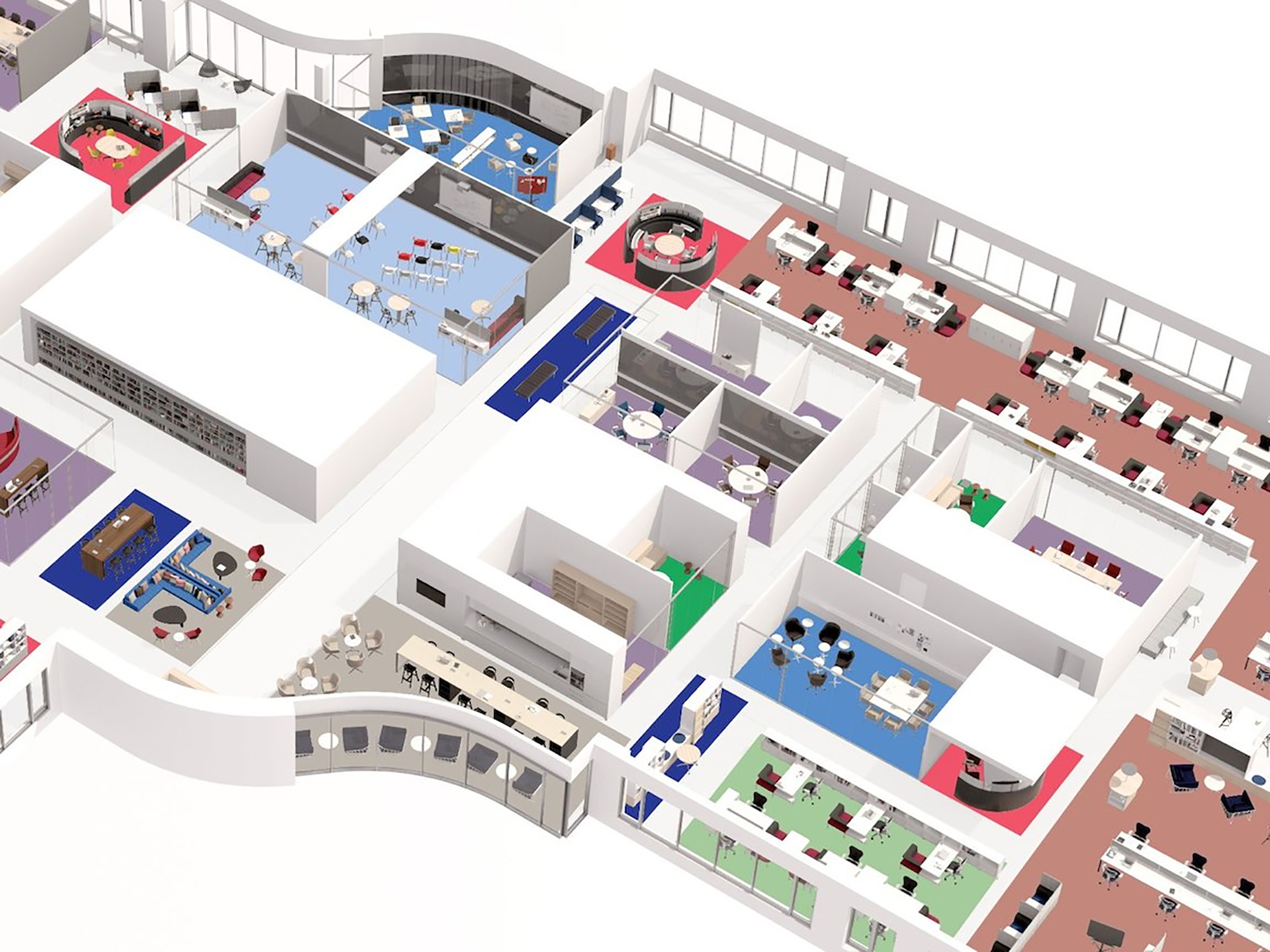 above> living office/placemaking – below > healthcare 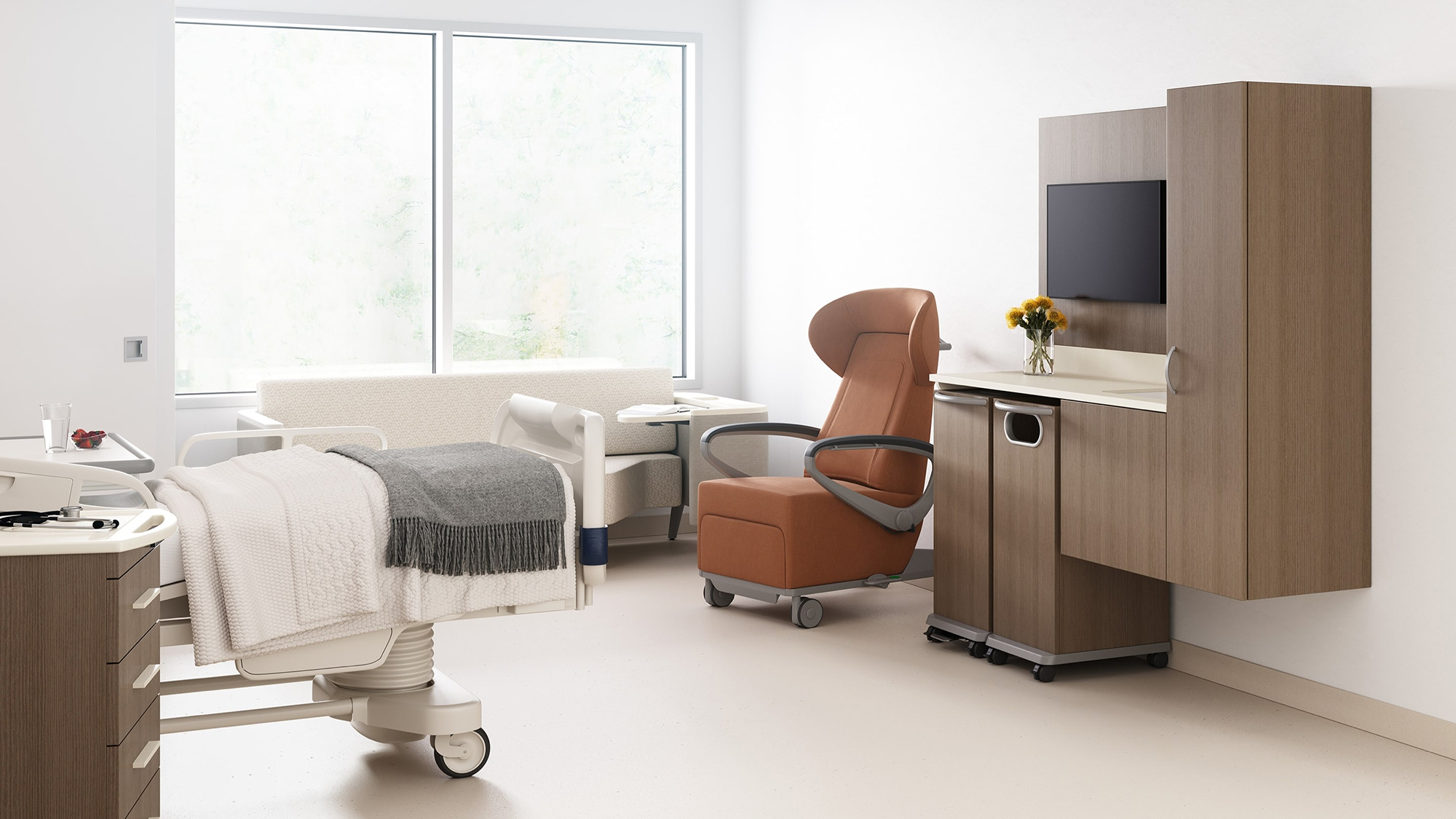 hans knoll was born in germany in 1914. his father was a modern furniture manufacturer, who supported the national socialist regime. perhaps because of his father’s views, or perhaps because he wanted to follow many other german modernists who had emigrated, knoll left germany in 1936 and moved to england. in 1938, he moved to new york city to found a furniture manufacturing company of his own.

in 1943, knoll was approached by florence schust, an architect who had studied under ludwig mies van der rohe and eliel saarinen. schust convinced knoll that she could help bring in business to his company even in america’s wartime economy by expanding into interior design and working with architects. hans and florence married and changed the name of the company to knoll associates. today knoll has over 40 of its designs–such as breuer’s wassily and cesca chairs and the barcelona chair by ludwig mies van der rohe–are in the permanent collection at moma. 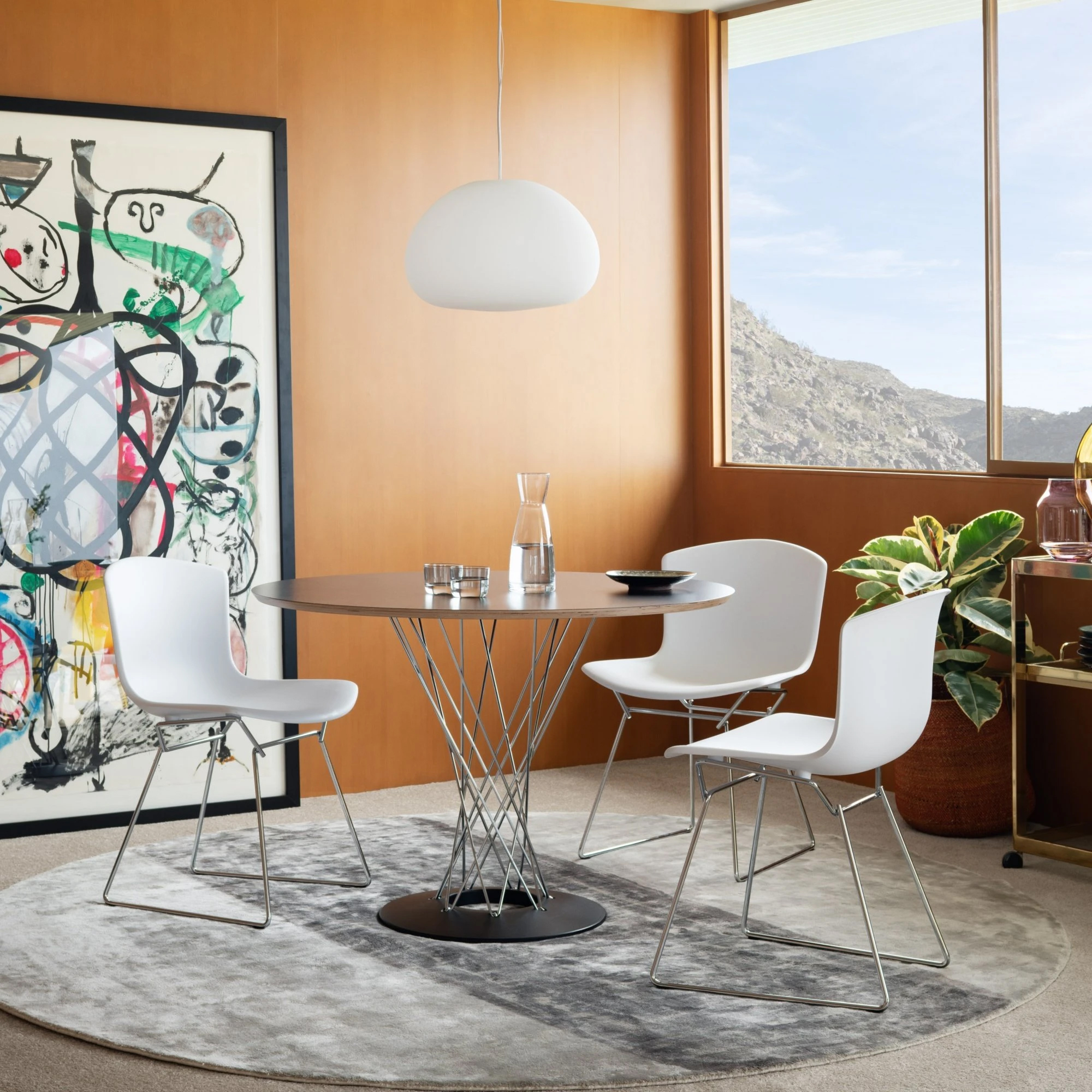 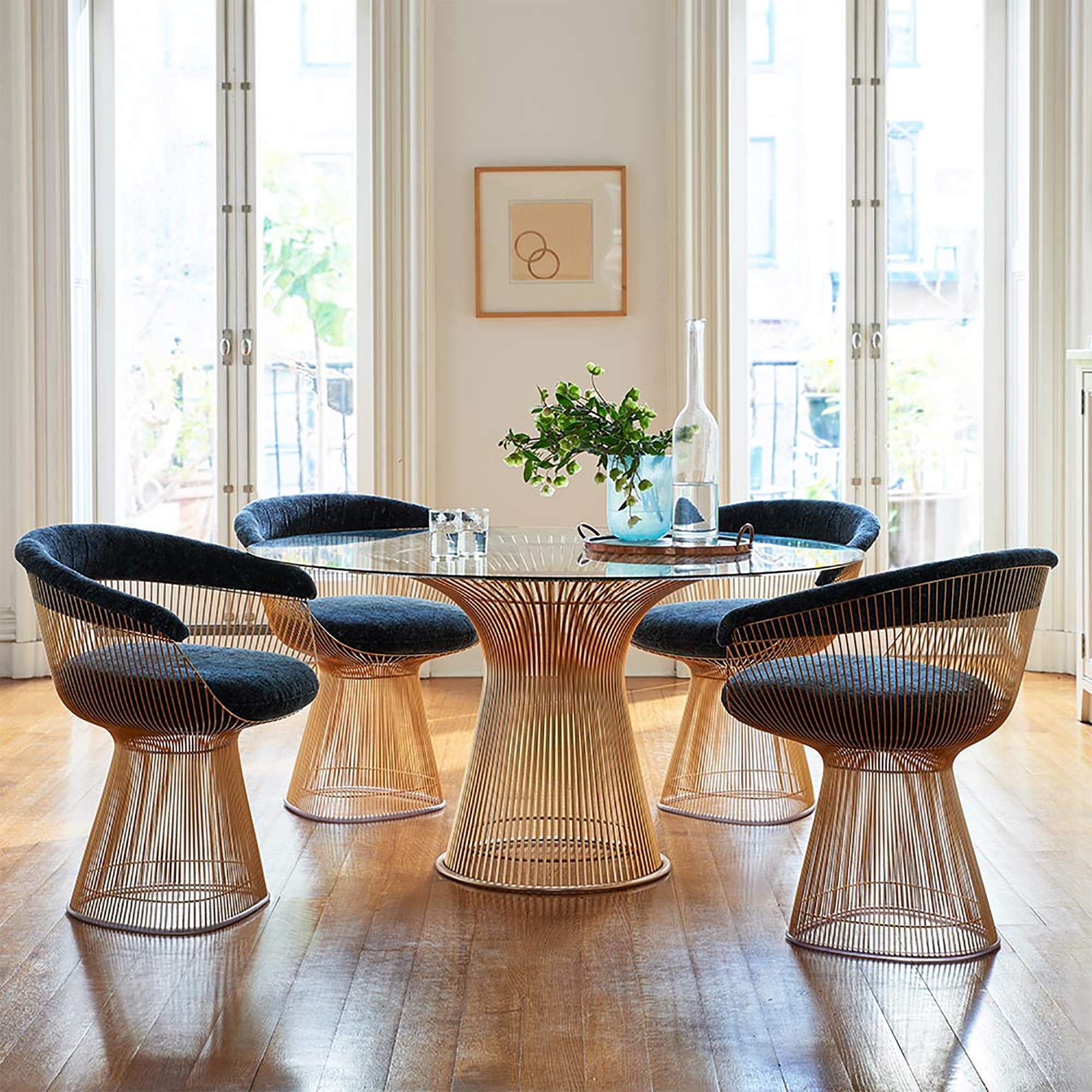 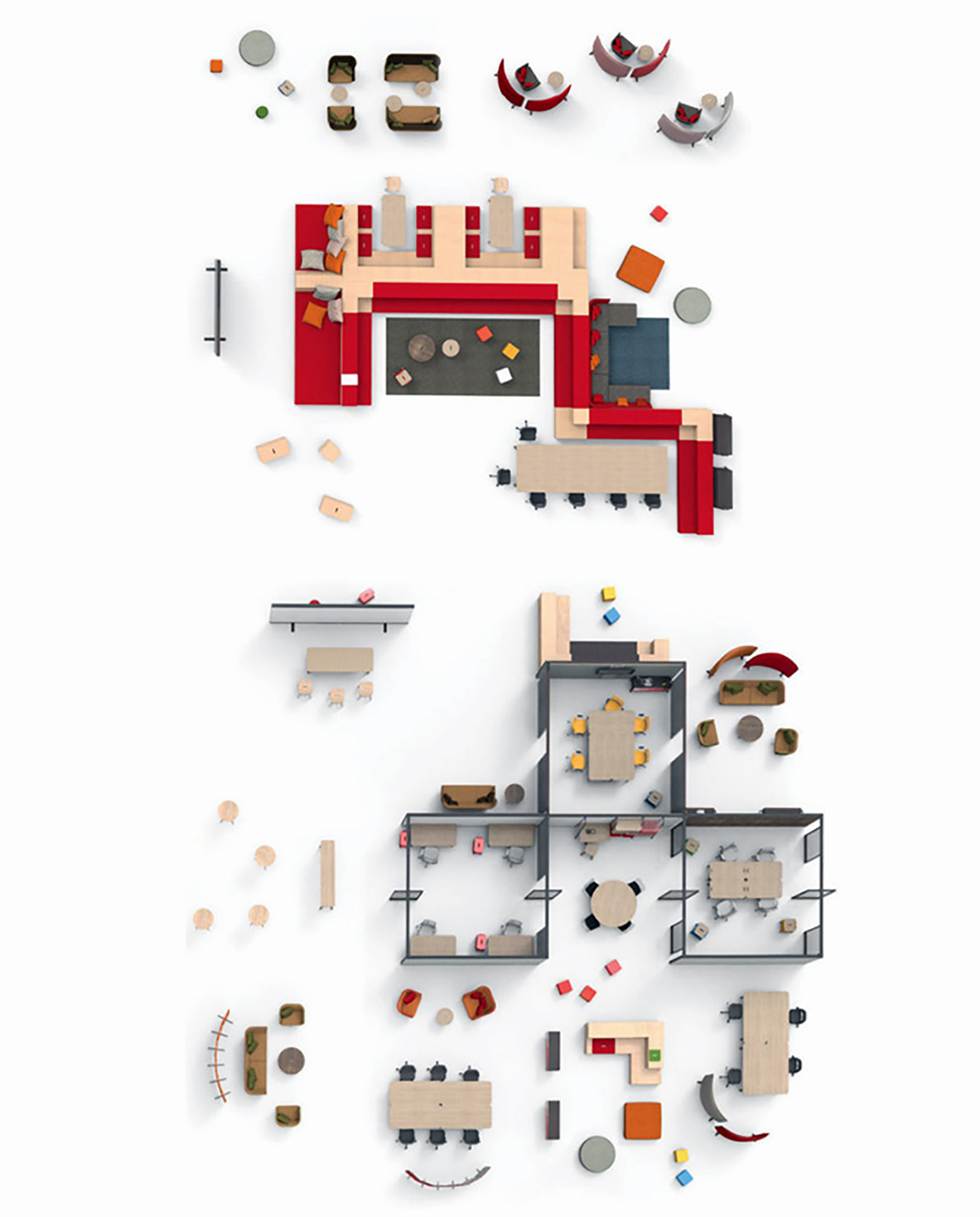 above > knoll office – below > knoll textiles 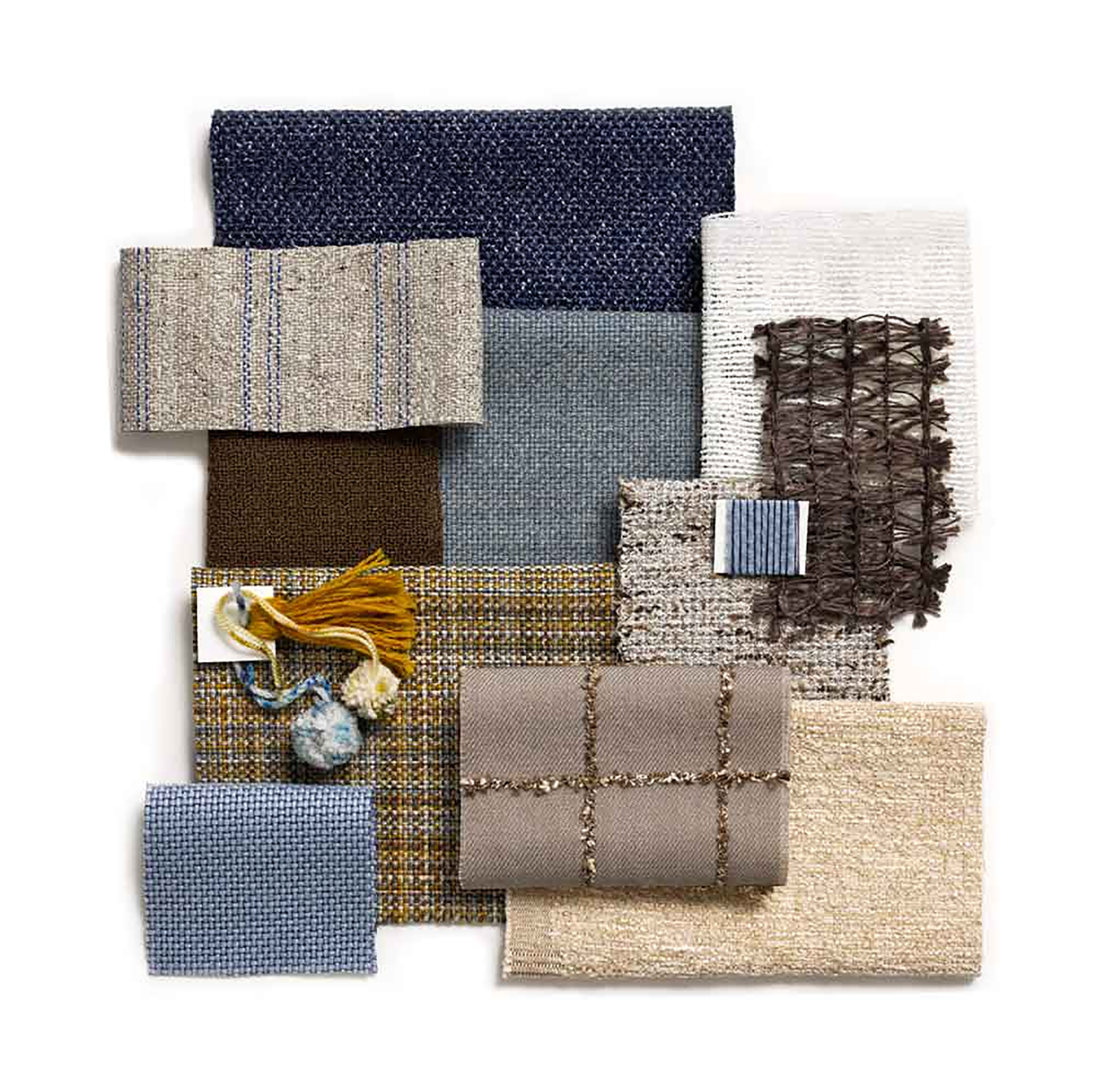