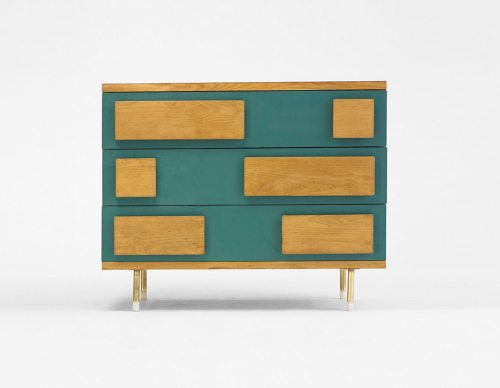 Wright’s [ Modern Design ] auction features an incomparable selection of works by the best known designers of the 20th century. Exceptional pieces from modern greats such as Harry Bertoia, Walter Lamb, George Nelson & Associates, Jean Prouvé and Carlo Scarpa figure prominently in the auction, as do a significant number of pieces by Pierre Jeanneret. Jeanneret’s Kangourou lounge chair and two pairs of Senat armchairs are expected to be popular among bidders. Several pieces designed by George Nakashima including important Minguren I and II coffee tables, a set of four Conoid chairs and a Conoid dining table also rank among the highlights of the auction. [ modern design 18 october 2012 noon cst ] 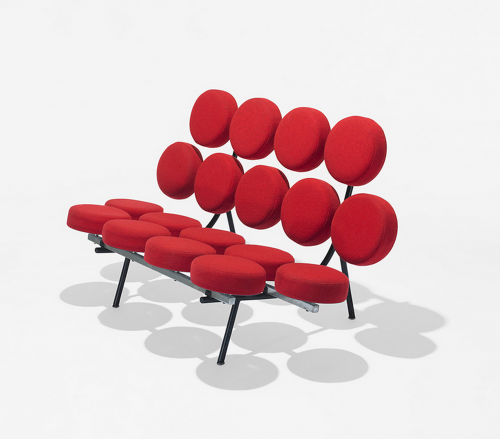 Highly anticipated among the lots is a collection of furniture designed by the architect Frank Gehry from his Easy Edges (1969 – 73) and Experimental Edges (1979 – 82) series. In the tradition of modern masters such as Charles and Ray Eames, Gehry elevates a humble material, cardboard, to build masterworks of design. Gehry is direct and honest in his engagement with the material; unpainted and unvarnished, Gehry takes full advantage of the warmth of the cardboard’s tone and the honeycombed texture to create beautiful, functional forms from an unconventional material. The earlier Easy Edges pieces are distinctively sculptural with sharp, clean profiles. These designs later evolved into the Experimental Edges line, for which Gehry uses multiple layers of cardboard to create pieces of furniture that appear solid and visually dense with soft edges. Designed and manufactured early in his career, these exceptional furniture forms are harbingers of the radical innovation to come from Gehry’s studio. 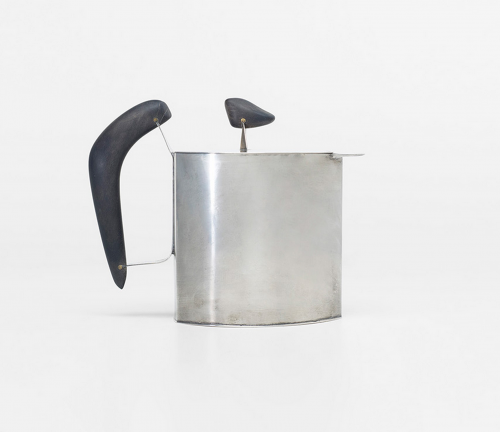 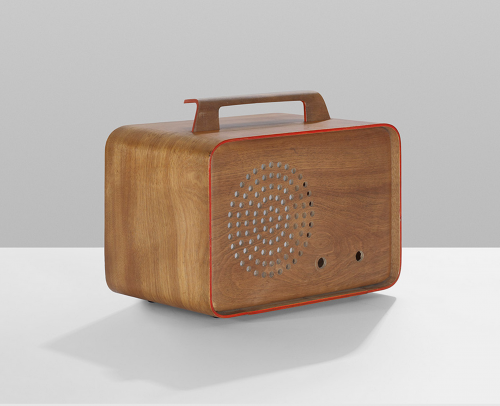 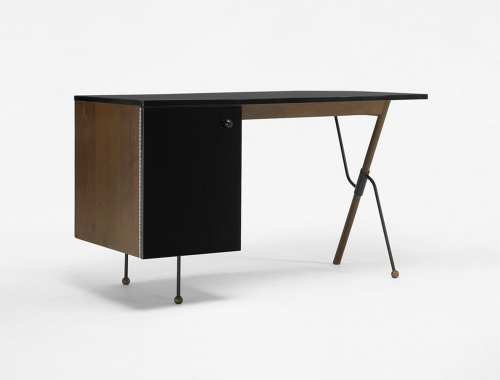 Other noteworthy decorative objects include a remarkable teapot by Harry Bertoia, a Gorham Silver Company cocktail shaker of artillery shell and a major Circa 70s coffee service by Donald Colflesh. A selection of Italian glass by Scarpa, Venini, Gambone, Buzzi and Fratelli Toso also join the ranks of remarkable modern decorative objects.

[ Wright ] is the premier auction house specializing in modern design. Since 2000, we have sold over 30,000 lots across the spectrum of 20th and 21st century design. We have pioneered whole fields of collecting and transformed the market for modern design.

a statement of appreciation for a level of care and professionalism.