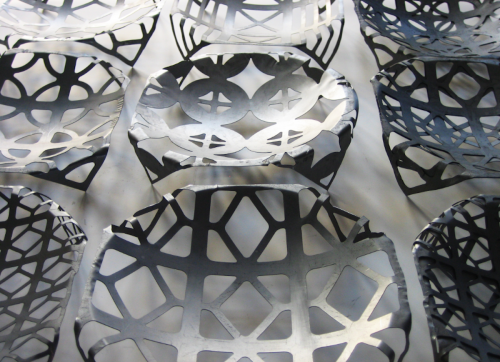 To celebrate New York Design Week and the reopening of Alessi’s Soho storefront after two months of renovations, the renowned Italian metalworks manufacturer and design house presented “METAL WORKSHOP: Cranbrook for Alessi,” an exhibition of products from their collaboration with the Cranbrook Academy of Art, the country’s top ranked, graduate-only program in architecture, design, and fine art.

In 2009 Alessi initiated a workshop co-directed by Cranbrook 3D Designer-in-Residence, Scott Klinker, and Metalsmithing Artist-in-Residence, Iris Eichenberg. Ten participants were chosen for the week-long, hands-on experiment in metal working. The studio was loaded with metal types from a local supplier that included sheet, rod, tube, solid block and I-beams, and the participants had 24-hour access to the shop to play with the materials and develop product proposals and pre-production samples. They met for loose critiques throughout the week and brainstormed about “American Typologies,” products specific to American culture.

According to Alberto Alessi, “The idea to organize this workshop came to me during a visit to Cranbrook in 2009. This visit gave me the opportunity to experience the existence of a clear attitude typical of the Arts and Crafts movement, and also typical of silver and metalsmiths, that has always intrigued me so much because it is so rare in European design.”

Klinker added that “When Alberto Alessi visited Cranbrook in 2009, he seemed especially impressed with the material experiments in the studios. His vision for a collaborative workshop was very specific: search for new forms in metal through a hands-on, craft process in the metal shop. The workshop addressed two main questions. First, what forms will metal take? Then later, what Alessi products might come from those forms? The final products seem to capture this fascination with the physical manipulation of metal.”

Four the products created during the workshop will be made by Alessi and released later this year. You can see a few of them pictured here, including Scott Klinker’s Patterned Bowl Studies and my personal favorite, the Pinch Vase by Adam Shirley. The banana easel is Dear Charlie by John Truex. Stop by Alessi Soho (130 Greene Street), which was, coincidentally, designed by Cranbrook graduate Hani Rashid (1985) , or follow the project on their blog. 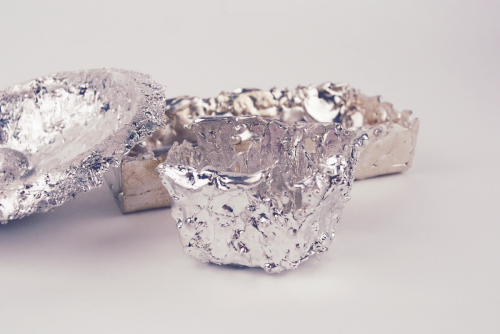 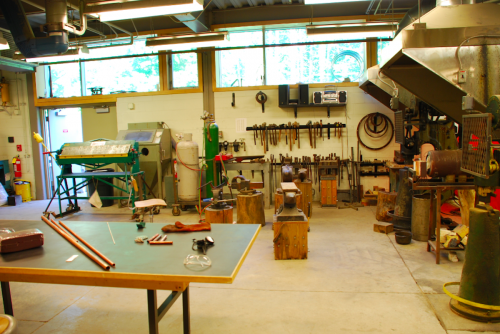 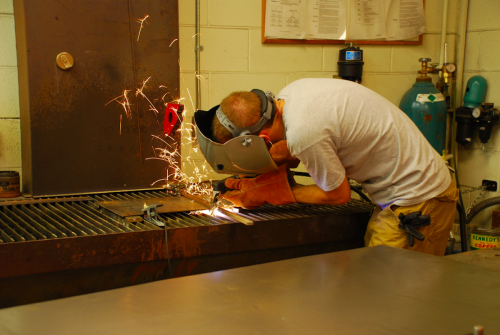 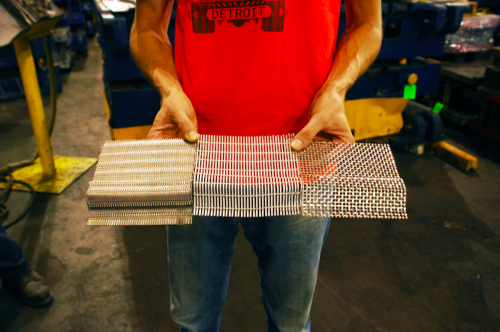 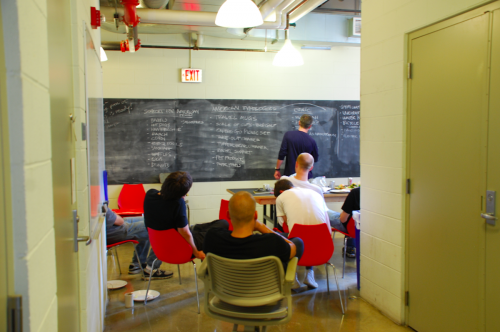 Perrin Drumm is nothing if not a road trip enthusiast. After moving from her hometown of LA to NY and to LA again, she hiked through half a dozen National Parks, snow-shoed a sizable portion of the Adirondacks, and resisted the overwhelming charm of the South to get back to Brooklyn, where she struggles to learn the trumpet, aspires to be a better Scrabble player, and lives and writes, and remains, as of yet, catless.

view all entries by Perrin Drumm. 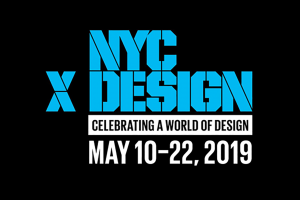 nycxdesign, new york city’s annual celebration of design, attracts hundreds of thousands of attendees and designers from across the globe. taking place each may—next occurring may 10–22, 2019—the event celebrates a world of design and showcases over a dozen design disciplines through exhibitions, installations, trade shows, panels, product launches, open studios, and more.

wanders is the lady gaga of the design world. 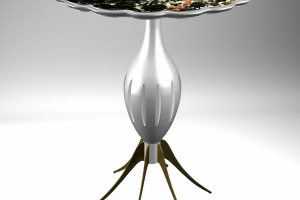