mary quant at the v&a museum in tandem with london design festival 2019.

Home designconceptmary quant at the v&a museum in tandem with london design festival 2019.

mary quant at the v&a museum in tandem with london design festival 2019.

dame mary quant defined the young, playful look of the 1960s, becoming britain’s best-known designer, a fashion icon, and a powerful role model for working women. harnessing an explosion in shopping and the media – in photography, graphics, journalism and advertising – she helped shape a forward-looking, innovative identity for post-war britain. 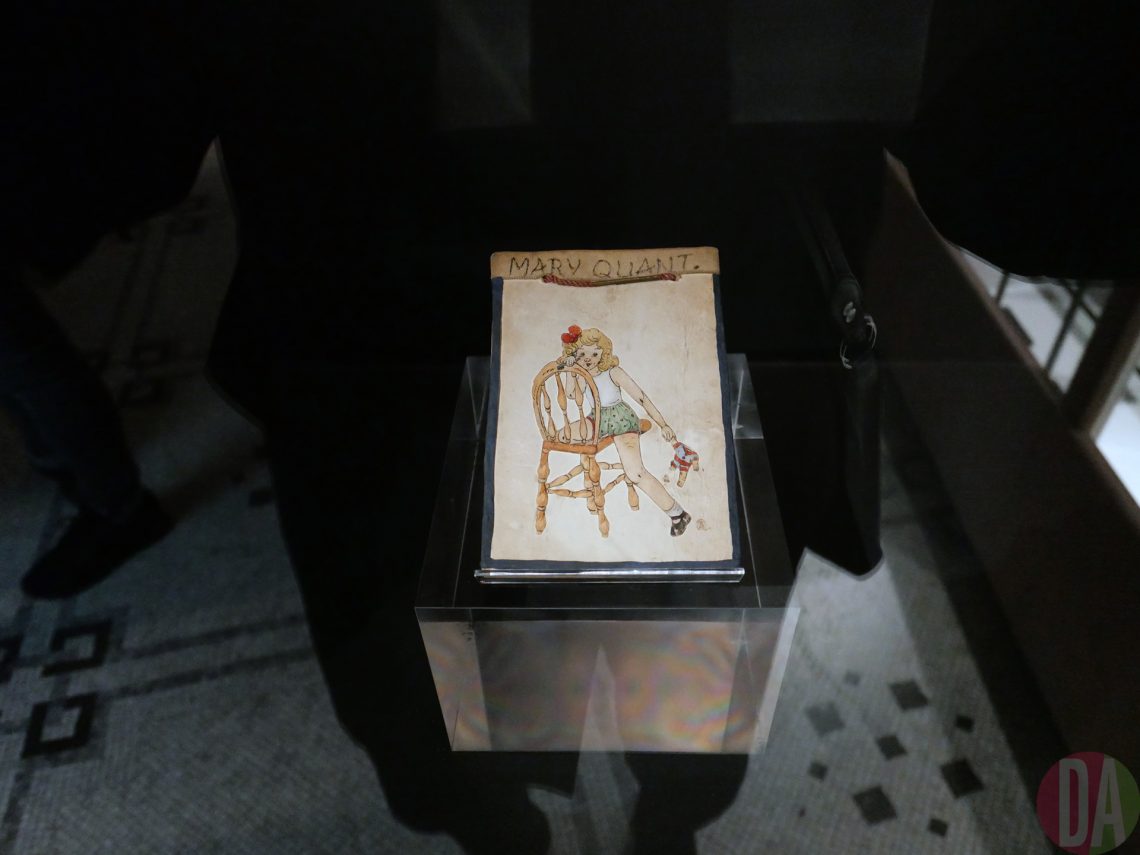 above > 1944 sketchbook by mary quant
made when quant was just 14, this sketchbook shows her early interest in drawing figures, here in the nostalgic style of mabel lucie atwell. in her 1966 autobiography, she recalled admiring a childhood friend’s short black skirt and tap shoes worn for dance lessons – the sort of clothes which later inspired her designs for the miniskirt. 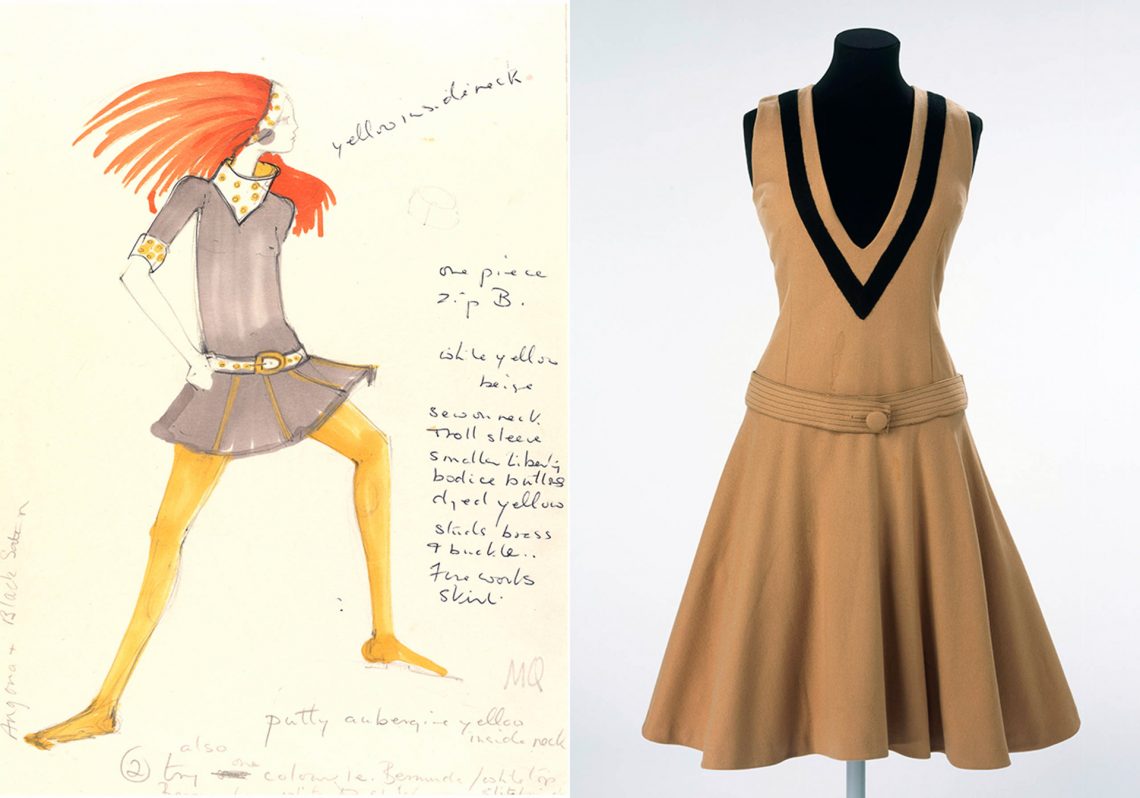 above> courtesy of victoria and albert museum collection

quant was a self-taught designer, attending evening classes on cutting and adjusting mass-market printed patterns to achieve the looks she was after. once technically proficient, she initiated a hand-to-mouth production cycle: the day’s sales at bazaar paid for the cloth that was then made up overnight into new stock for the following day. the look was fresh and competitively priced. 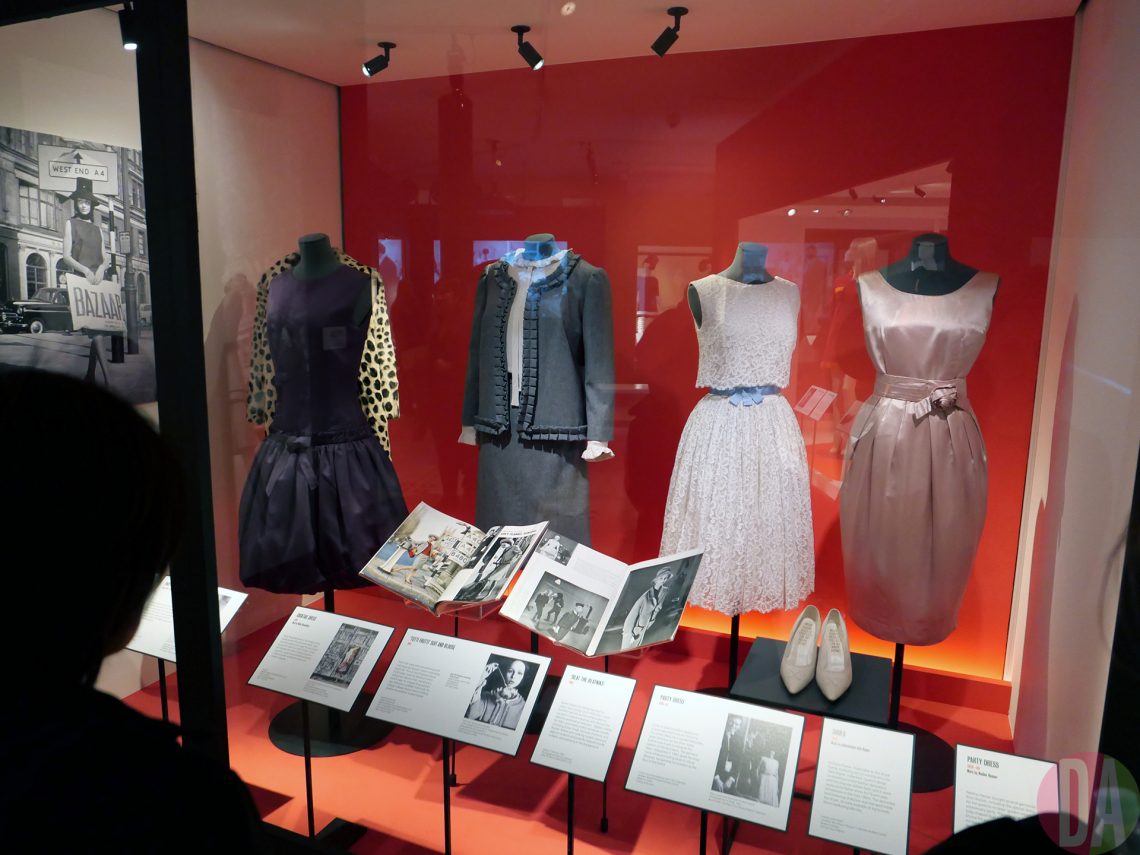 1960-64 victorian-modern
quant combines victorian nineteenth century fashion with a fruitful source of inspiration often resulting in surprising styles which helped to get publicity for the mary quant brand. 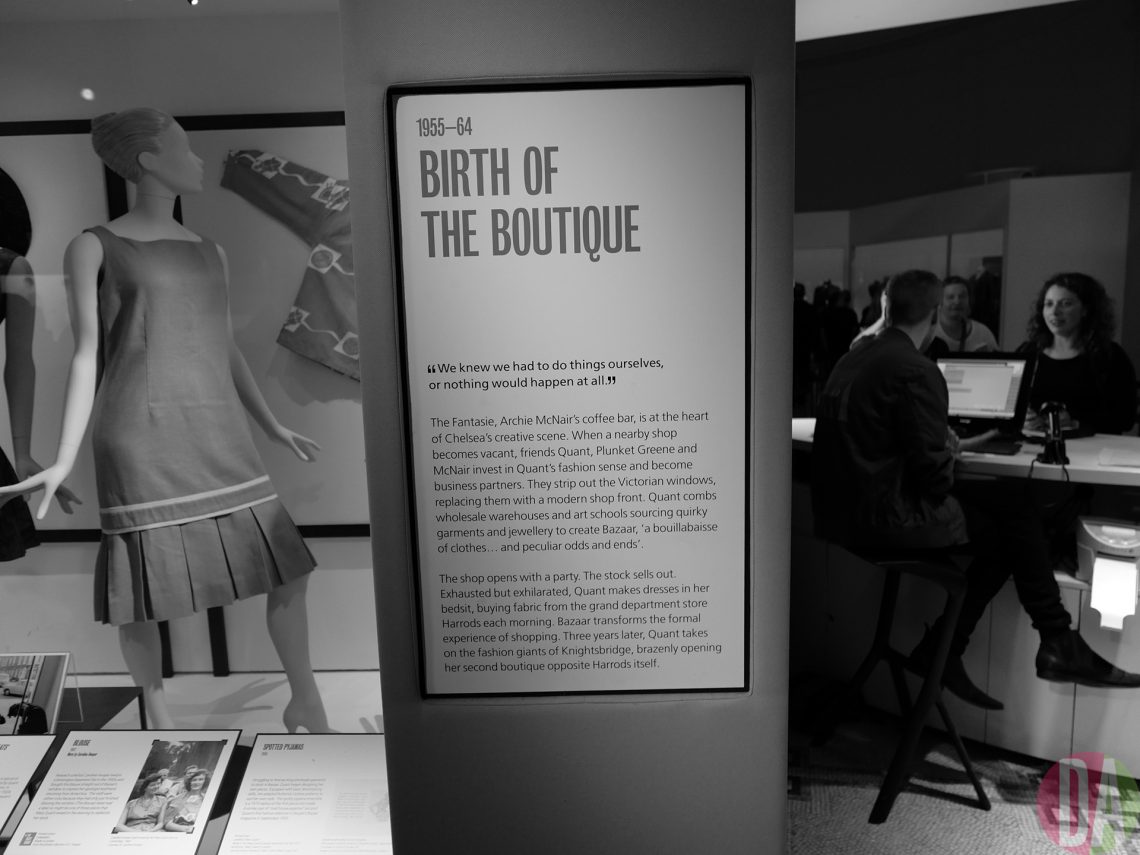 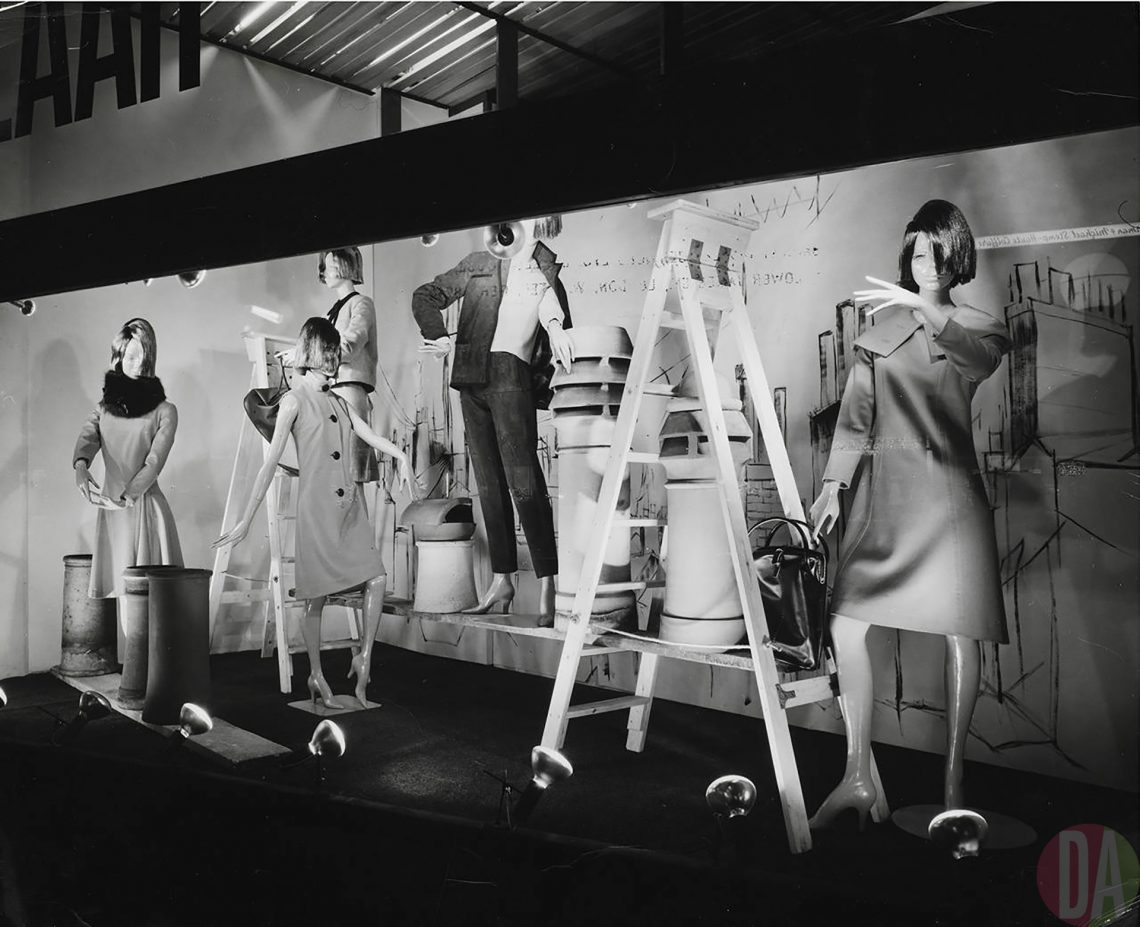 above – below > early 60s – death of the debutante
snobbery has gone out of fashion / fashion editors endorse bazaar with its distinctive designs, witty window displays and jazzy fashion shows. quant’s shop becomes a destination for professional women seeking streamlined, modern fashion. buying a new dress is a new rite of passage for london’s fashionable elite, as aristocratic customs such as ‘deb of the year’ and court presentations become outdated. 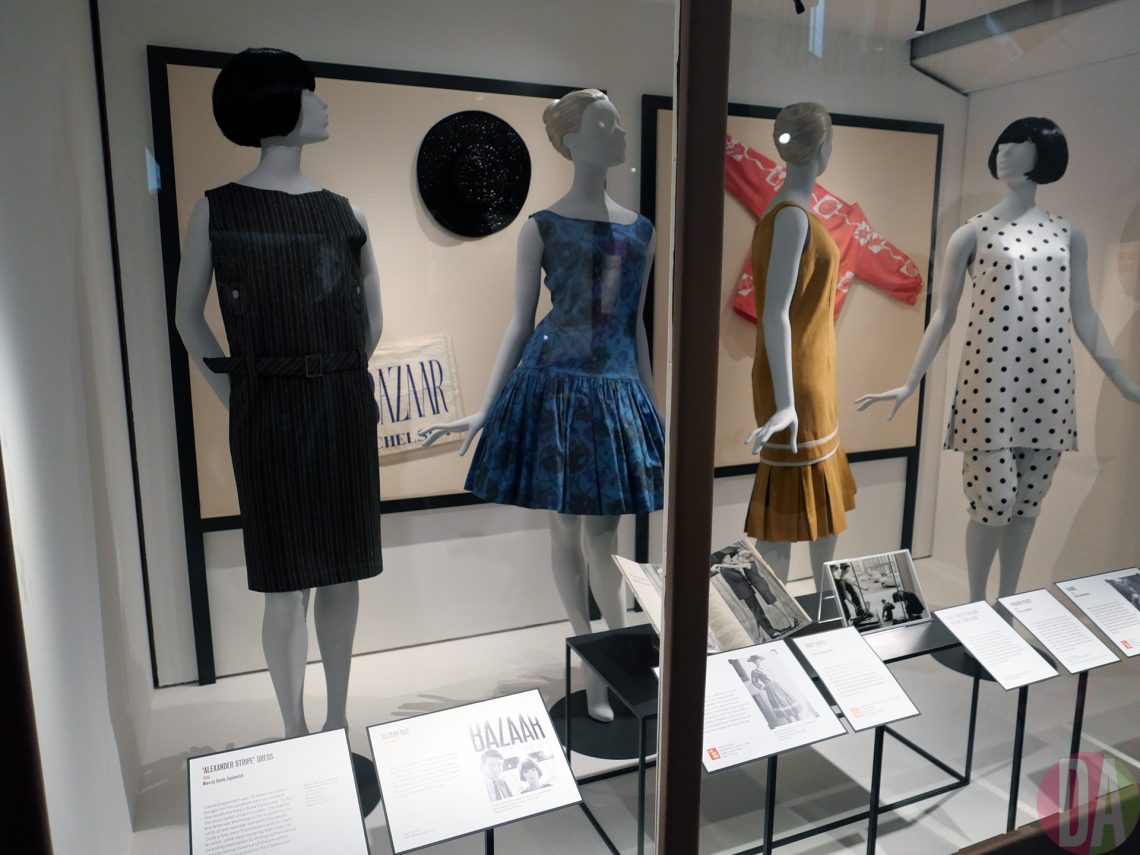 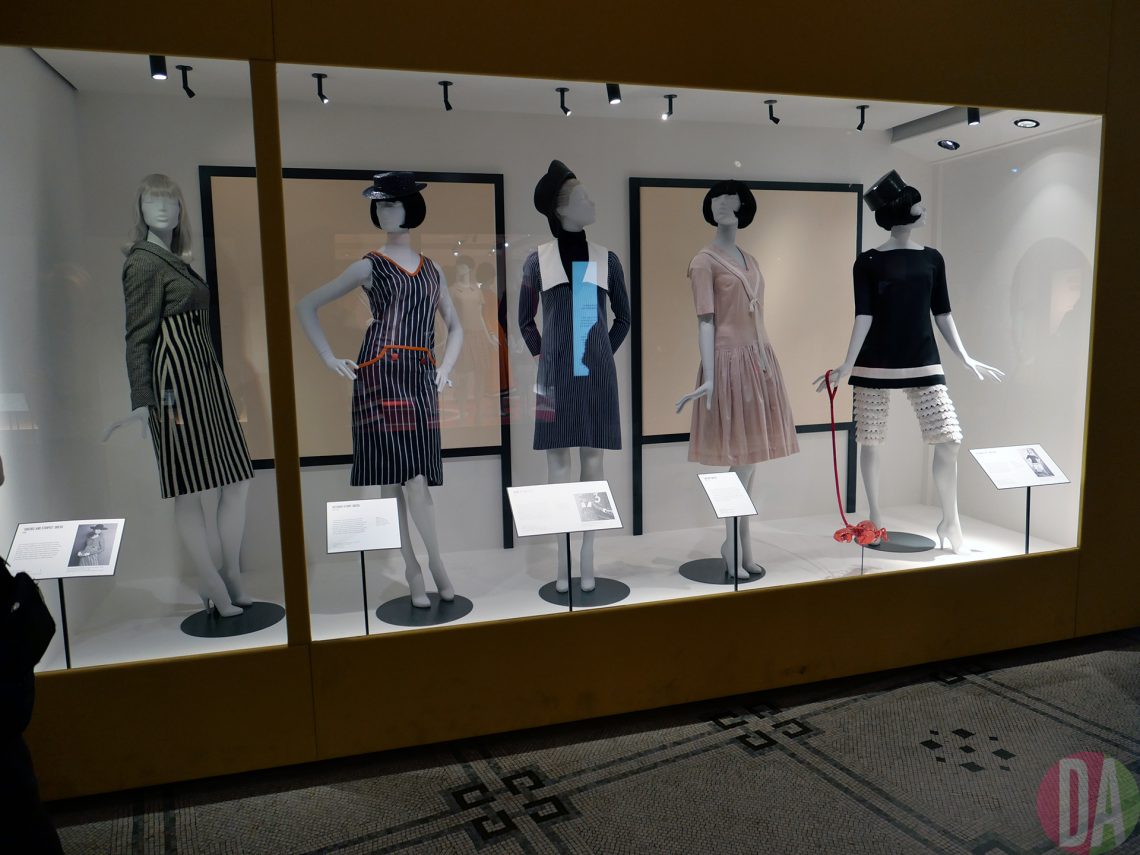 above > 1960-64 – english eccentrics
like a good dancer, she accommodates her steps to the changing rhythms of fashion / quant brings an entertaining slant to fashion. repurposing victorian frills and childrenswear, she play with color and silhouettes. inspired by serviceable cottons and dependable woolens and tweads, she works directly with weavers and manufacturers in wales, wittshire, and yorkshire. at the same time she revives the boyish look of the 1920s flapper. he bewigged, gawky mannequins strike unusual poses in bazaar’s window displays, alongside props such as live goldfish, stuffed birds or dead lobsters. passerby stop to stare. 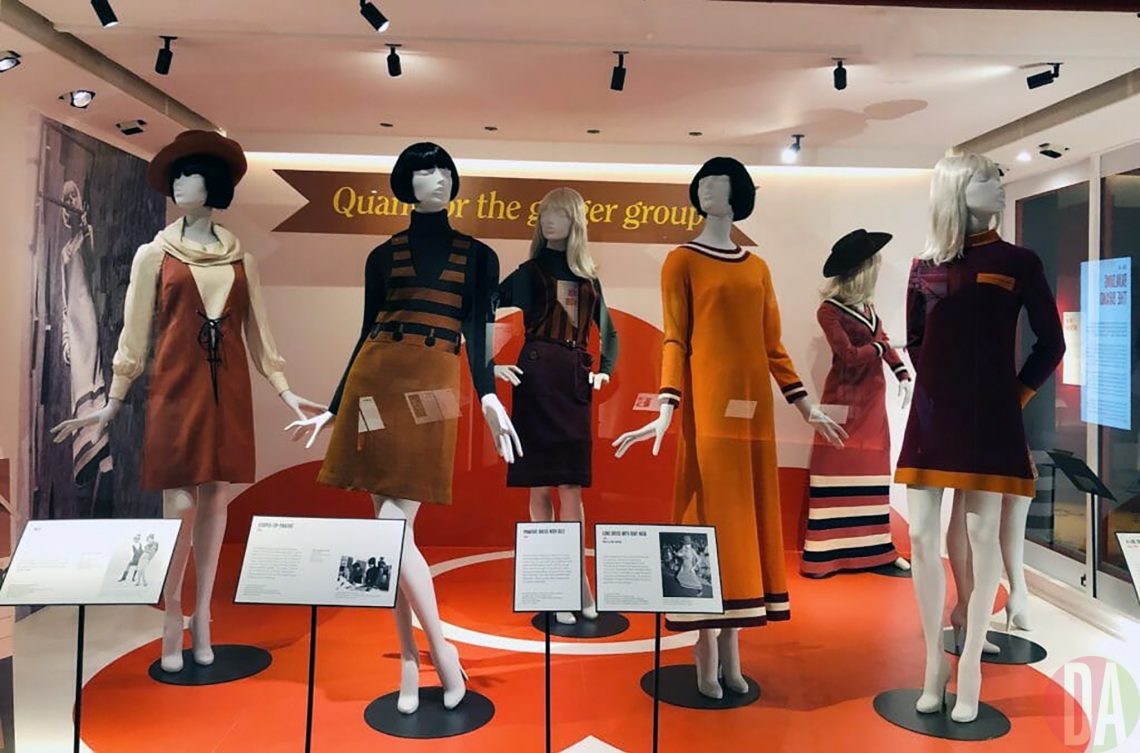 above > 1963-65 the ginger group
quant clothes at budget prices to buy a piece at a time / quant strides into new territory with her ginger group collection. the name is a political term for a pressure group, derived from the use of ginger as a verb to pep things up. the first ginger group collection is based on the american sportswear principle of interchangeable separates. with a new graphic identiy and a lower price point, the range provides countless mix-and-match possibilities combined wit the cachet of quant. 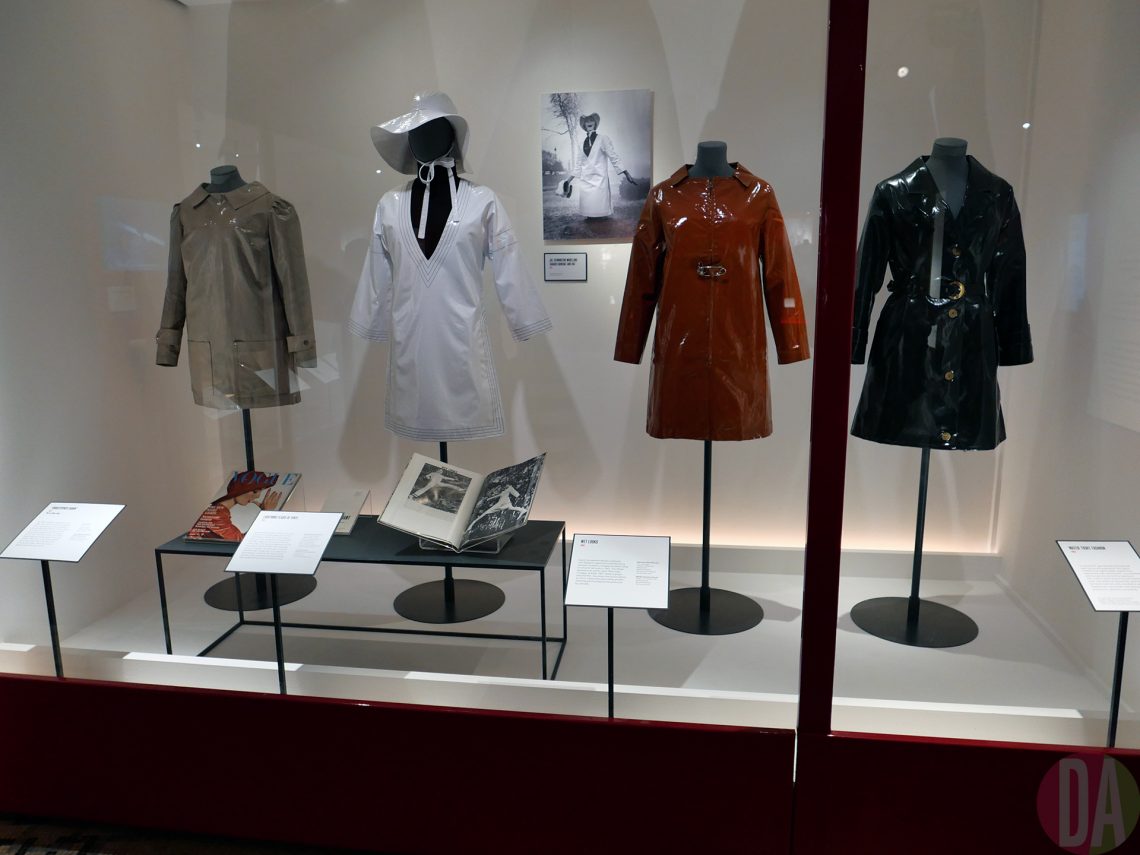 above > 1963 – 65 the wet collection
bewitched…with this super shiny man-made stuff and its shrieking colors…its gleaming liquorice black, white and ginger / quant launches her wet collection in april 1963 at the hotel de crillon, paris. the collection features a relatively new material called polyvinyl chloride (pvc), a shiny plastic-coated cotton which reflects increasing fascination and modernity. because of mass-production delays of sealing pvc seams the collection takes two years to launch on the high street. 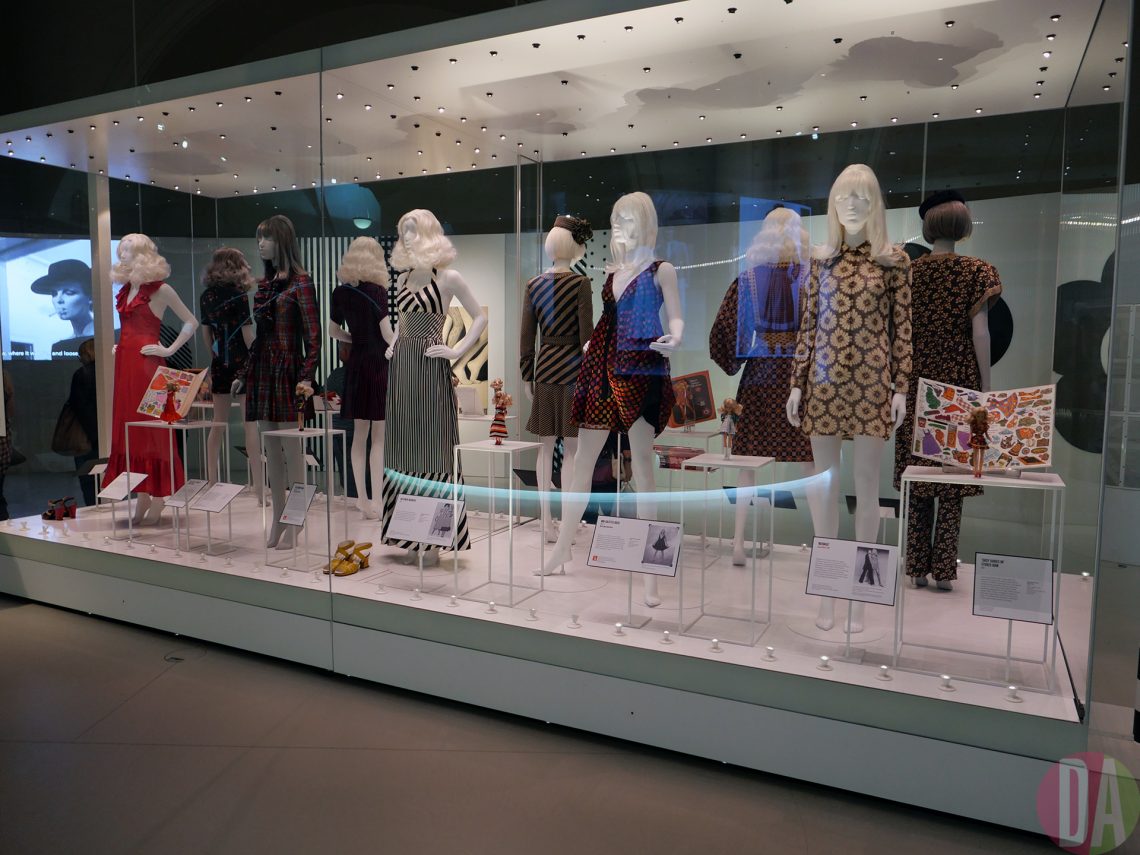 above > 1966-75 style evolution
switching to the sounds of the seventies / having created the minimal look which defined the 1960s, quant’s style becomes eclectic and retrospective amid the economic and political uncertainties of the 1970s. still combining victorian details with bright colors and a clean modern finish. 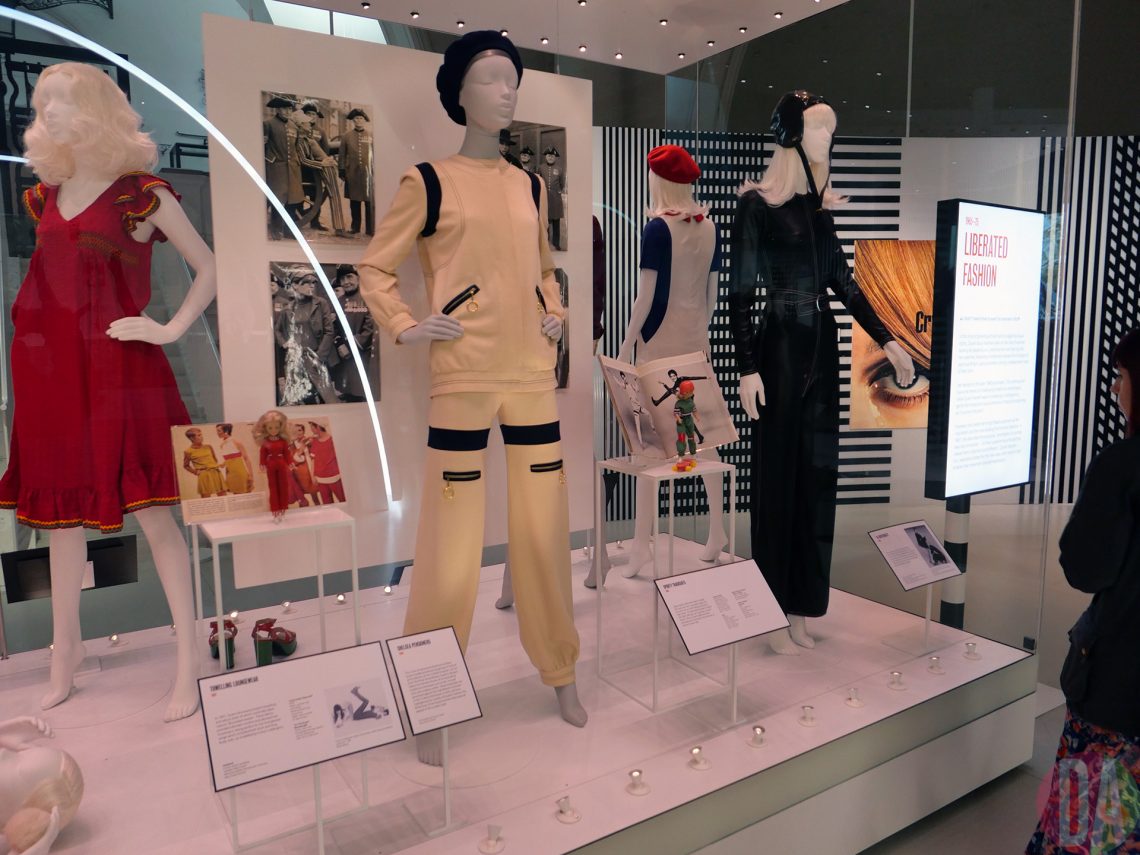 above > 1965-75 liberated fashion
i didn’t have time to wait for women’s lib / in this time of growing activism and struggle for equal rights, quant has a visionary take on the role of women. her assertive, liberating minidresses express the changes of post-war-briton, giving women an independent style of their own. she credit’s her king’s road customers as her inspiration and the ones leading the feminist rebellion. in 1967, she describes the young as, ‘prototypes’ of a whole new race of women…it’s their questioning attitude that make them important and different. 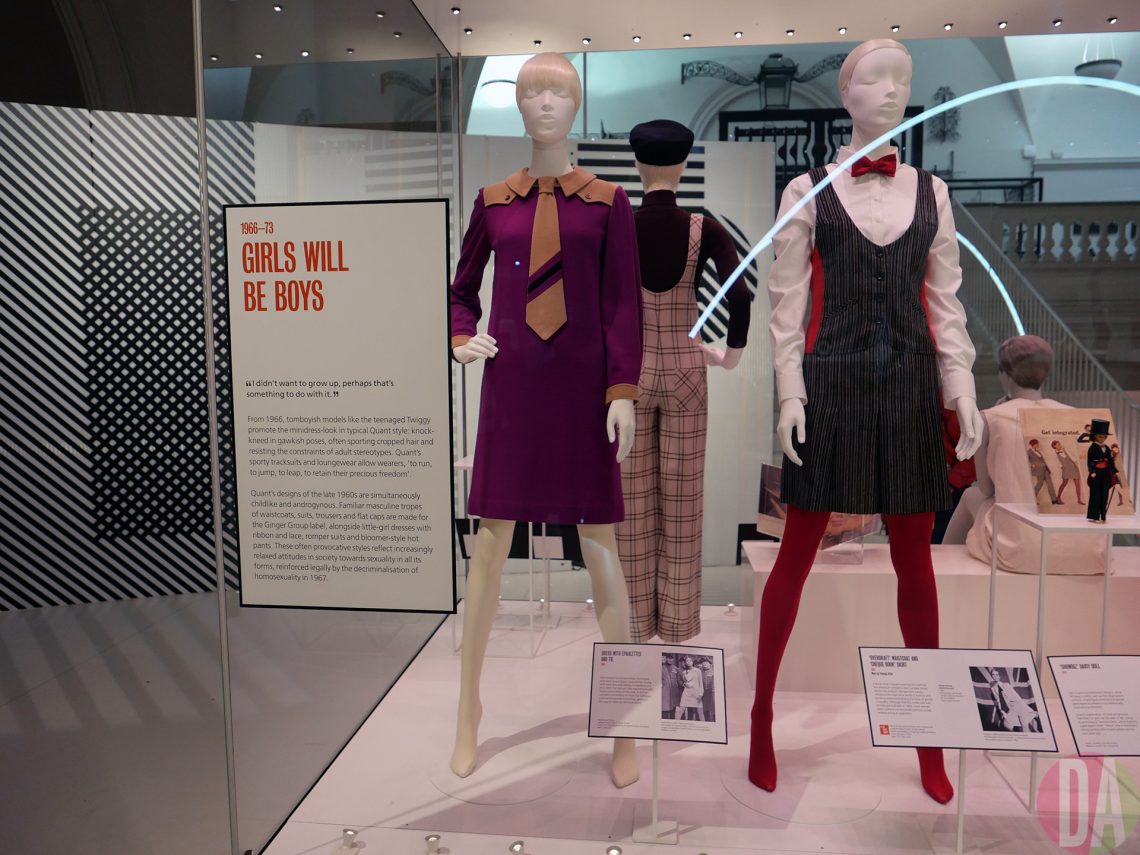 above > 1966-73 girls will be boys
i didn’t want to grow up, perhaps that’s something to do with it / from 1966, tomboyish models like the teenaged twiggy promote the minidress-look in typical quant style: knock kneed in gawkish poses, often sporting cropped hair and resisting the constraints of adult stereotypes. these often provocative styles reflect increasingly relaxed attitudes in society towards sexuality in all its forms, reinforced legally by the decriminalization of homosexuality in 1967. 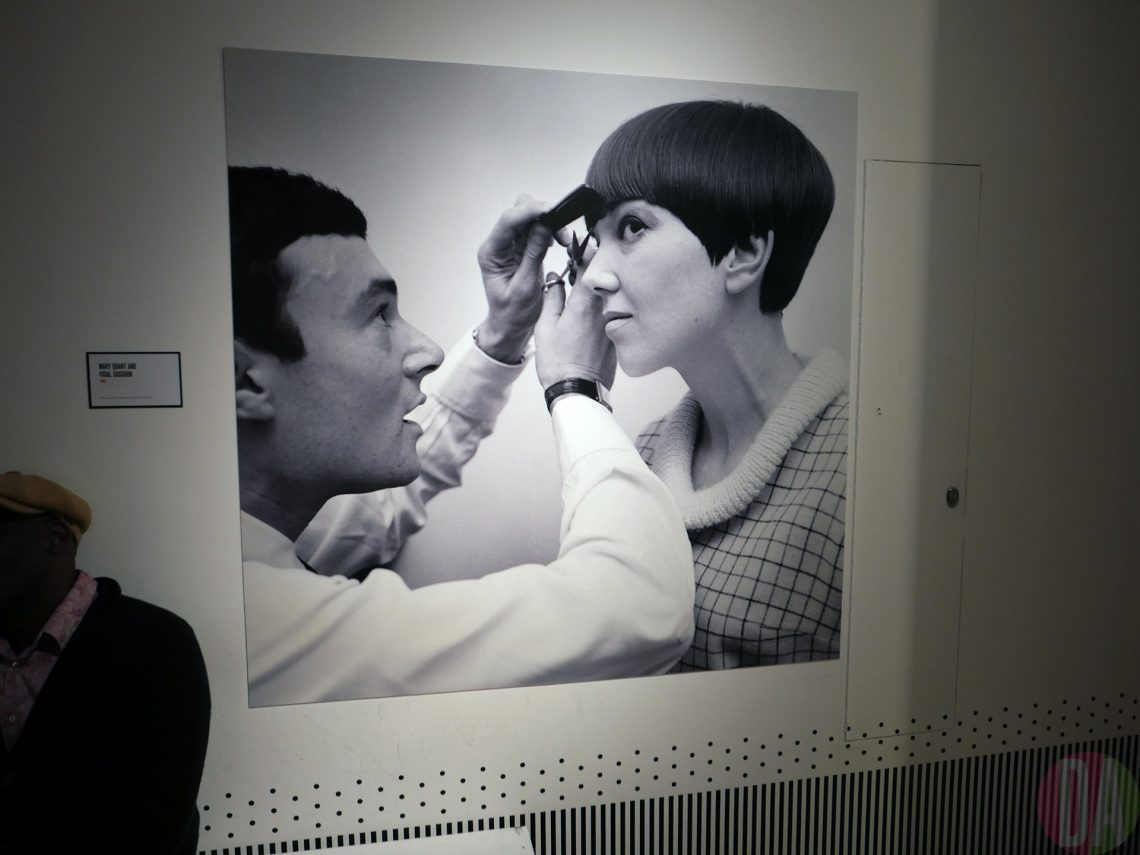 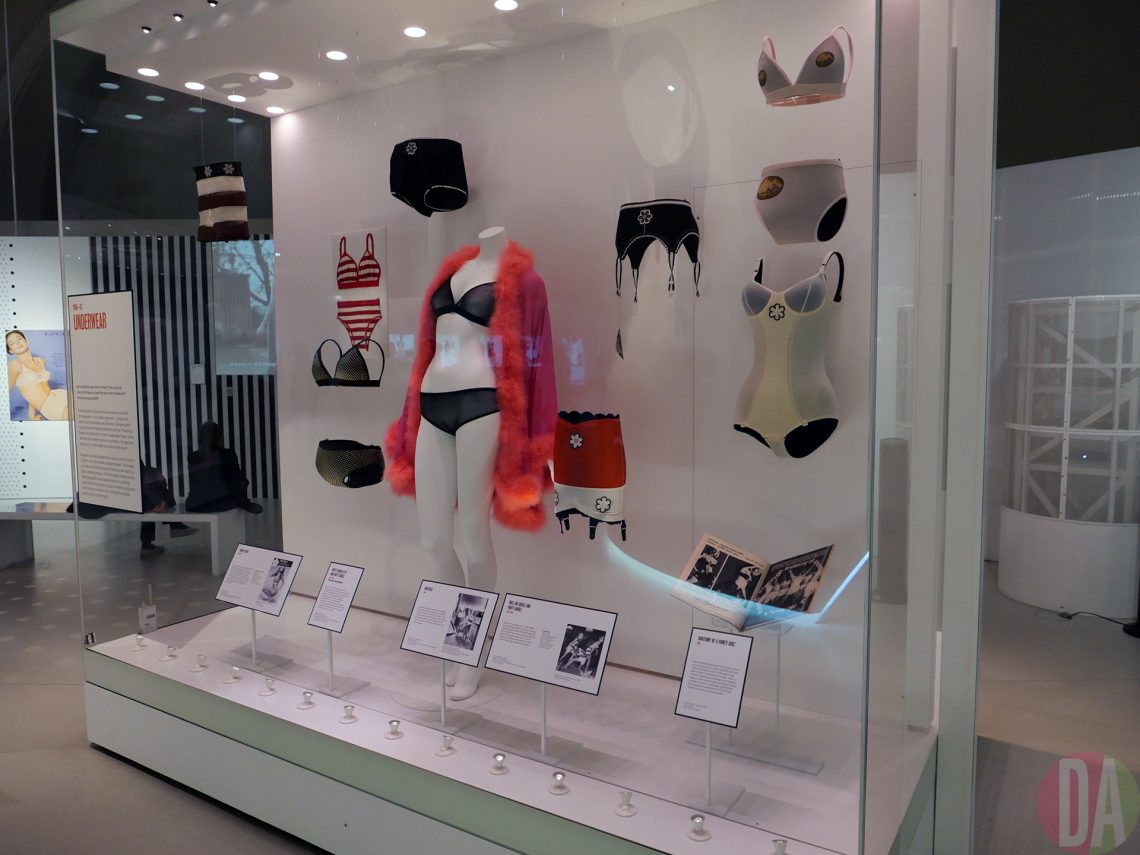 above > 1965-67 underwear
foundation garments needn’t be surgical. get a birthday suit and be your own sweet self (minus six pounds) / the silhouette of quant’s dresses requires a new kind of underwear or ‘foundation garment’. magazines aimed at adventurous young women feature ‘q-form’ worn by models in dynamic poses. the images promote unrestricted movement and the new ideal for a lithe, childlike physique. later these are replaced by quant’s simple ‘booby traps’ and knickers. 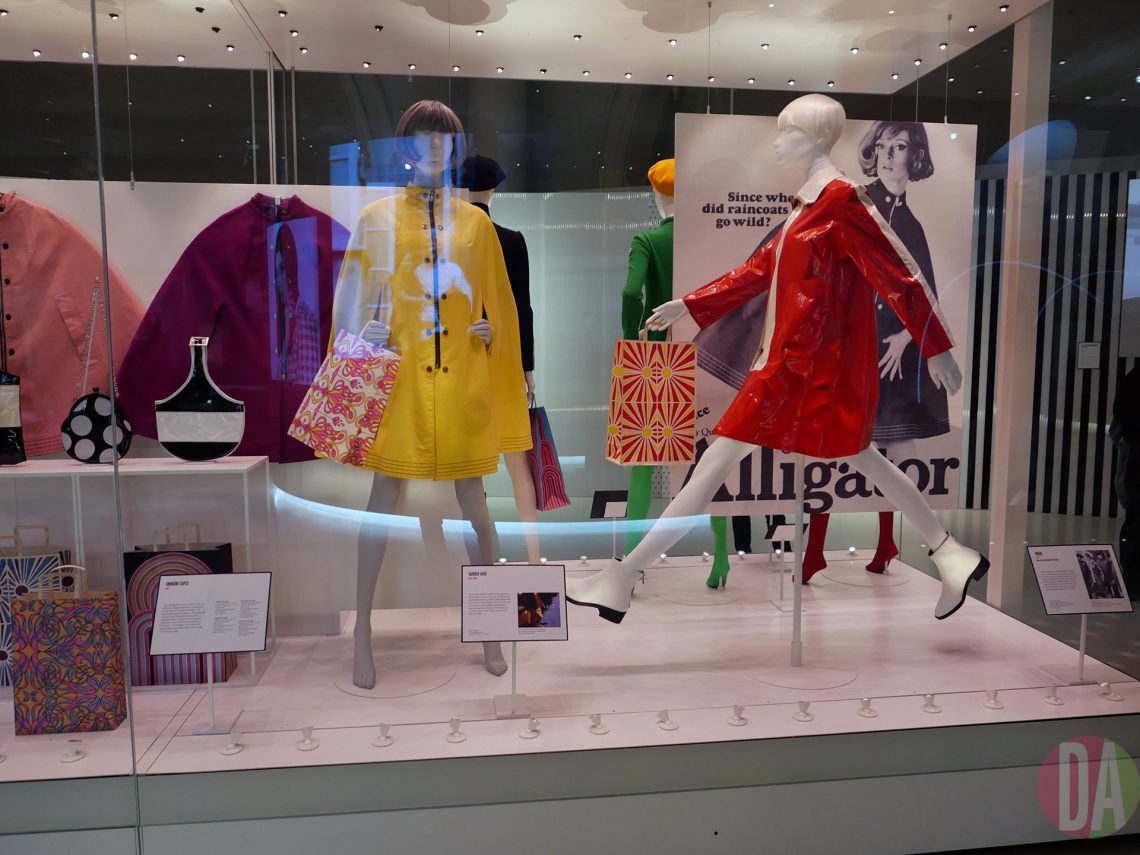 above > 1965-67 alligator rainwear
since when did the raincoat go wild? since mary quant designed for alligator / quant’s fascination with shiny, waterproof pvc is realized with her collaboration with alligator rainwear. alligator’s manufacturing expertise resolves the wet collection issues, allowing a new bright range of colors, capes, zips and contrasting collars. 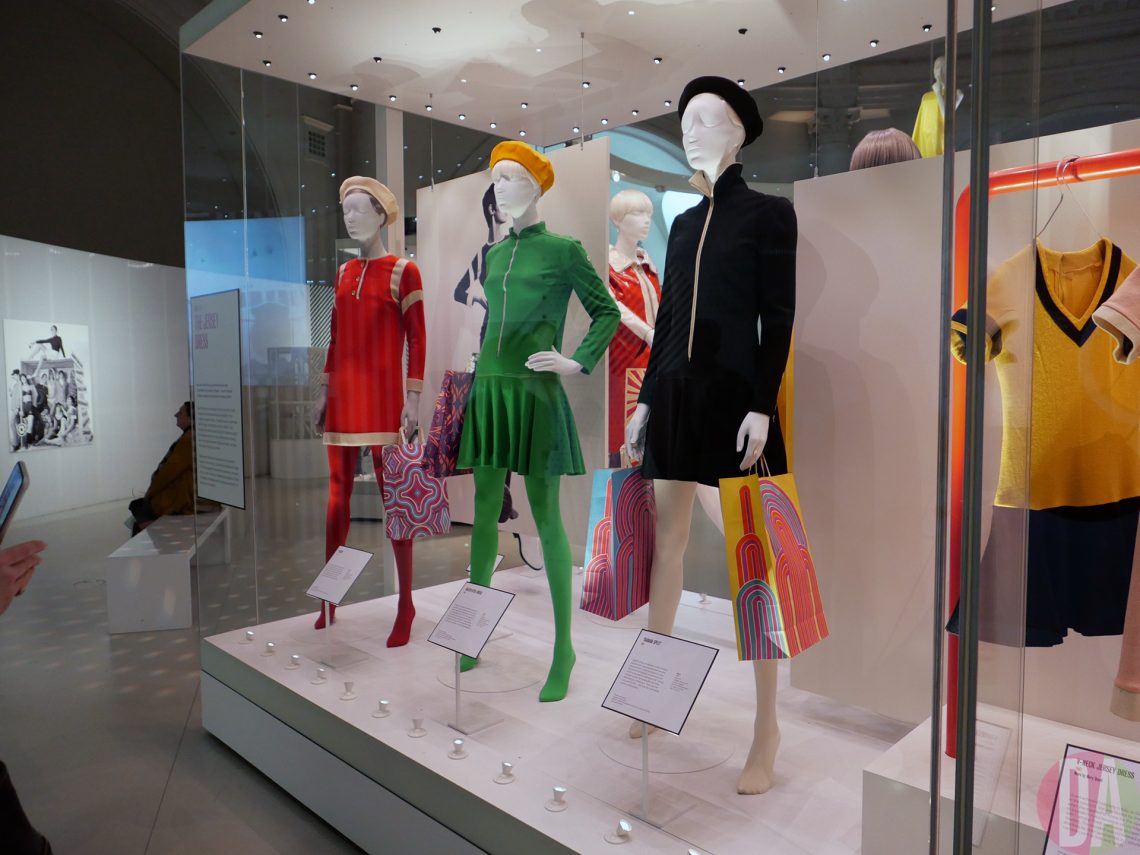 above >1965-67 the jersey dress
i want free-flowing, feminine lines that compliment a women’s shape…i want relaxed clothes, suited to the actions of normal life / quant discovers a new type of wool jersey that’s heat-bonded to an acetate backing and available in the brightest, deepest colors. previously used in underwear and for rugby or football kit, jersey’s smooth, fluid qualities are perfect for quant’s signature sportry minidresses. worn with matching berets, tights and shoes giving a total top-to-toe block of color. 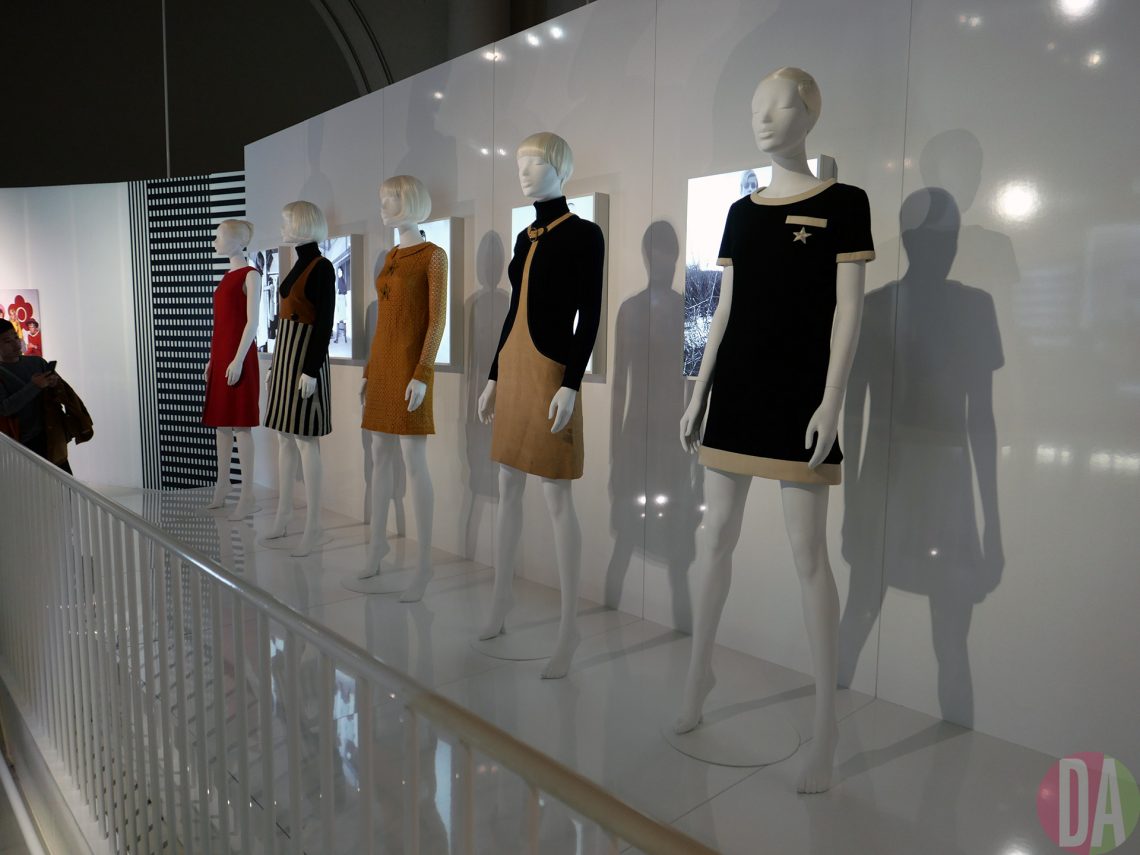 1962-66 the miniskirt
the shock of the knee / quant’s knee-skimming outfits are first noticed by the media in 1960. an emerging street style, shorter skirts develop in tandem with teenage dance crazes. quant’s designs, often based on practical schoolgirl pinafores, adapt the look for grown-ups with hemlines gradually rising to well above the knee. although exclusive paris couturier andré courreges achieves international publicity for the higher hemlines in 1964, quant, the female celebrity designer, becomes recognized as inventor and ambassador for the style. the miniskirt becomes an accepted part of fashion as well as an international symbol of london’s youthful look and of women’s liberation. 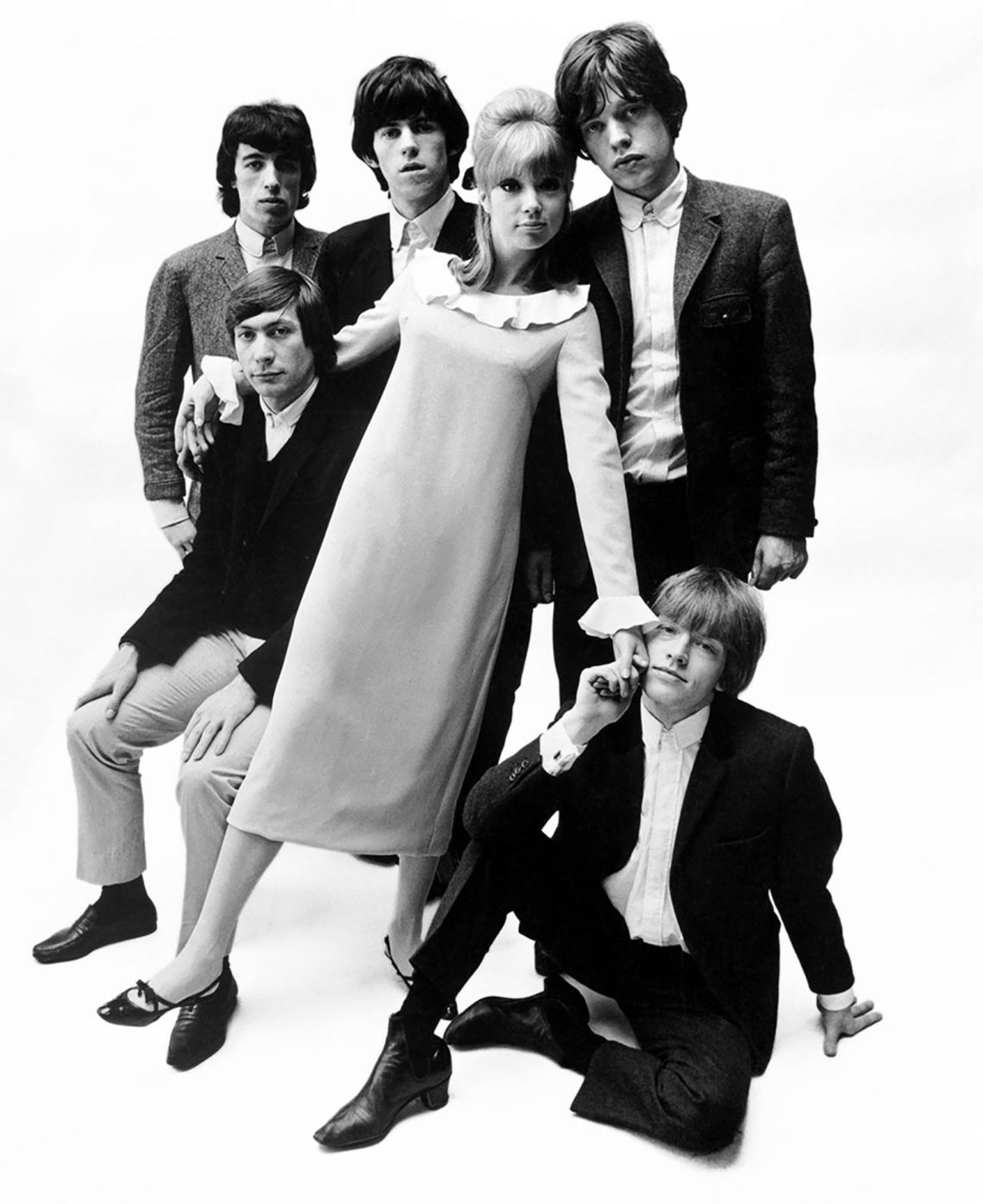 above > crêpe dress with frilled collar and cuffs by mary quant for ginger group, modeled by patti boyd with the rolling stones. photograph by john french, 1960s, london. museum no. ct64253. © victoria and albert museum, london 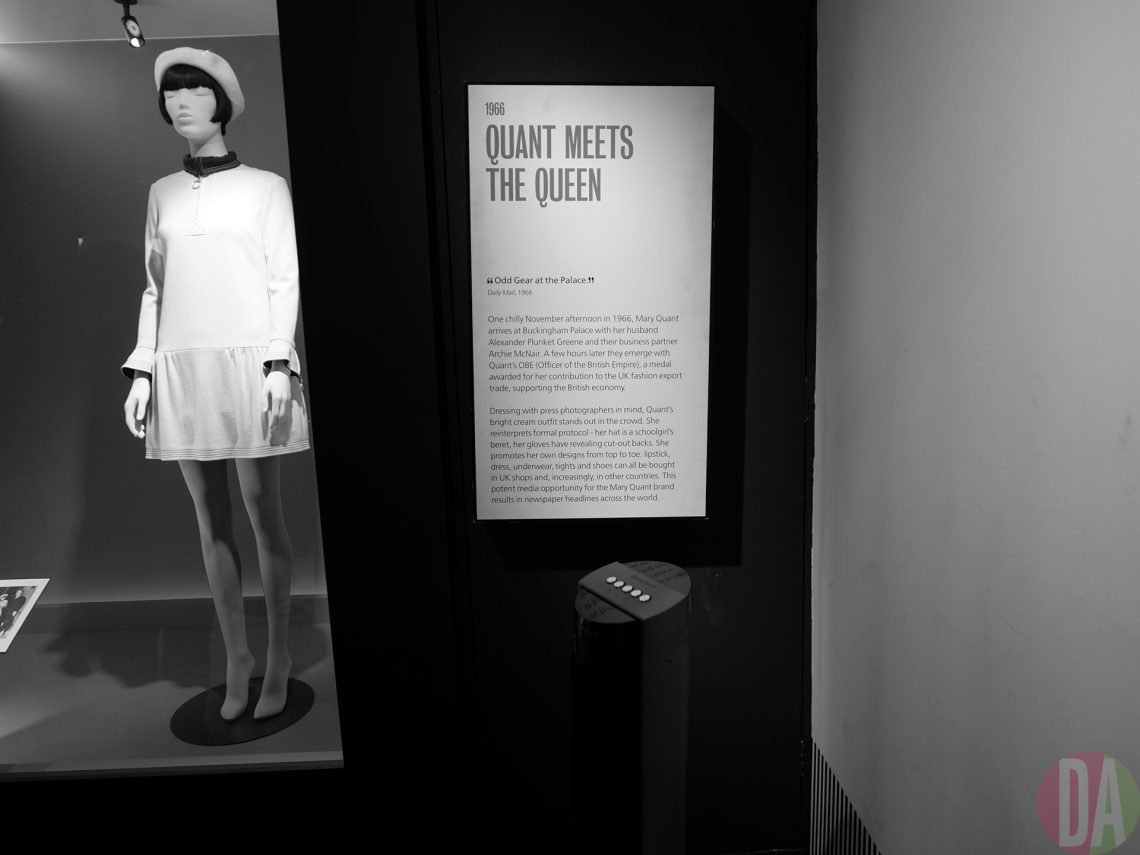 the above feature created from the victoria and albert museum‘s installation mary quant, open thru 16 february 2020 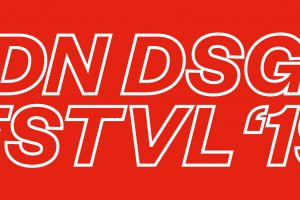 london design festival celebrates and promotes london as the design[...] 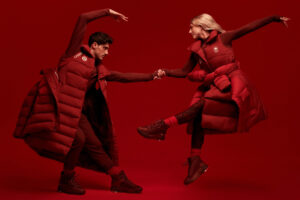 we're appreciative the brands made sustainable and technologic statements. lauren's effort on sustainability is with recycled polyester made from plastic bottles. lululemon's tech-driven effort is with smart textiles that are insulated, sweat-wicking, bacteria-inhibiting, breathable, resistant to water and wind, and light on seams.