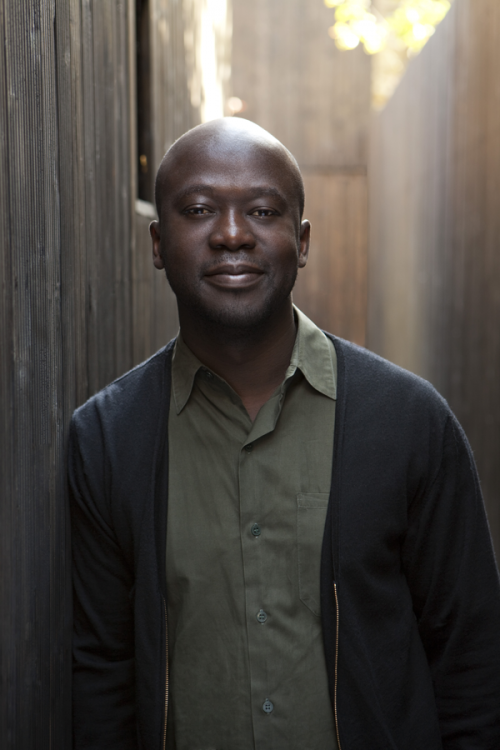 Just alerted, Design Miami/, the global forum for design, is pleased to announce that David Adjaye, OBE, Principal Architect of Adjaye Associates, has been selected as this year’s recipient of the Designer of the Year Award.

Each December, the Design Miami/ Designer of the Year Award recognizes an internationally renowned architect, designer, or studio whose body of work demonstrates unmatched quality, innovation and influence, while expanding the boundaries of design. The Designer of the Year must demonstrate a consistent history of outstanding work, along with a significant new project, career milestone, or other noteworthy achievement within the previous twelve months. Past Designer of the Year winners include Zaha Hadid, Marc Newson, Tokujin Yoshioka, the Campana Brothers, Maarten Baas, and Konstantin Grcic.

Adjaye’s use of architecture as a catalyst for generating community, his novel application of materials, and his diverse catalogue of projects that intersect architecture, design and art, complement Design Miami’s objective of creating a forum that advances the discourse surrounding experimental design while encouraging visitors to connect and exchange ideas within its venue.

“Winning Designer of the Year is huge for me,” says Adjaye. “To win an award like this from the design community is really significant because so much of my work is about crossing platforms. Being recognized this year–which culminates in all of the work and research I’ve been doing in Africa–is extremely meaningful.” 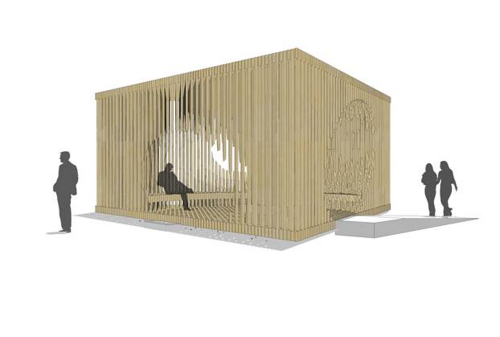 Based in London, with offices in Berlin and New York City, Adjaye is one of the world’s leading architects. His ingenious use of materials and unique ability to showcase light coupled with his democratized approach to the architectural process have helped establish his reputation as an architect with an artist’s sensibility and vision. His many worldwide projects include the Moscow School of Management SKOLKOVO (winner of the 2011 First Prize Public Buildings IX ARCHIP International Architecture Award); The Museum of Contemporary Art in Denver, CO; the Nobel Peace Center in Oslo, Norway; flood-resistant houses in New Orleans for Brad Pitt’s Make It Right Foundation; and the Stirling Prize-nominated Idea Stores in London, England. Adjaye’s current projects include the design of the Smithsonian Institution’s National Museum of African American Culture and History (NMAACH) on the National Mall in Washington, DC, set to open in 2015.

David Adjaye’s belief in working together with artists and other cultural thinkers has led to a number of notable collaborations on both building projects as well as exhibitions. The practice established its early reputation with a series of private houses where the artist was client, and this dialogue continues with recent public buildings, exhibitions and research projects. Adjaye Associates was responsible for: the exhibition design of the all-video SITE Santa Fe Eighth International Biennial Exhibition “the dissolve” (2010); Olafur Eliasson’s “Your black horizon” light installation at the 51st Venice Biennale (2005); and Chris Ofili’s “The Upper Room” exhibited (1999-2002 and 2010), which is now in the permanent collection of Tate Britain. [ edited cameronpr release ]

david adjaye on “genesis”
Designed to provide visitors with an immersive experience, Genesis is a complete environment, which integrates enclosure, aperture, views, respite, meditation and community. Like a giant piece of architectural furniture, the Design Miami/ commission has enabled Adjaye to combine structure, seating, window and doors into a single gesture for the first time.

The pavilion is a triangular prism measuring 10m x 10m x 10m x 3.6m, located at the entrance to the fair. It leads visitors to the courtyard space upon arrival, ushering people inside. It is also the point of departure, and is a final gathering space as visitors leave the fair, with its curved window offering strategic views of the galleries. Comprising a series of timber frames that form the roof, flooring and walls, these elements work together and through compression, provide the overall structure.

The internal space is formed by carving out an oversized ovoid shape from the centre. This distorted shape is set at an angle and abuts the perimeter to form the exit, entrance and window. The seating is established by a secondary subtraction from the interior – which repeats the distorted ovoid, creating a platform along the cut-away timber frames. While compressed and joined together with additional filler pieces, the timber frames are not completely fused. This allows light to filter inside from the exterior and roof, providing a dynamic filigree of light and shadow. Light is further brought inside via an opening in the roof, which acts as a dramatic light well.


“To not have a boss and get paid to be creative basically." Through April 3.