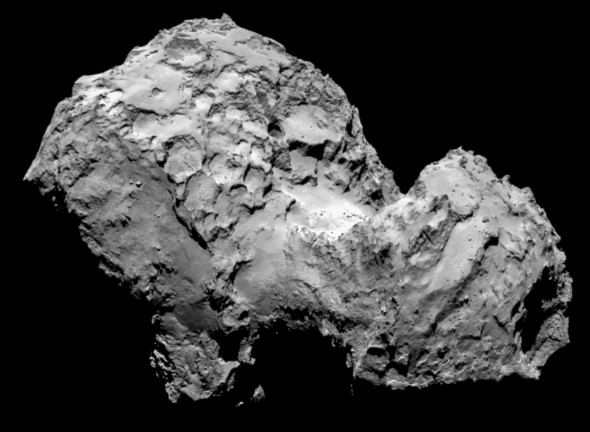 today satellite ‘rosetta’ delivers and enables landing pod ‘philae’ a first for mankind: landing on a comet-comet 67p/churyumov-gerasimenko. the feat, landing in a precise preordained spot is akin to a bullet landing on another bullet. it launched in 2004 traveling four billion miles rocketing at 21,000 mph, the comet 83,889 mph. 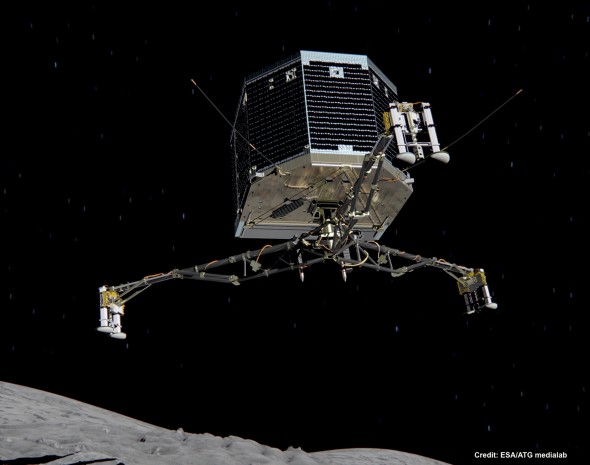 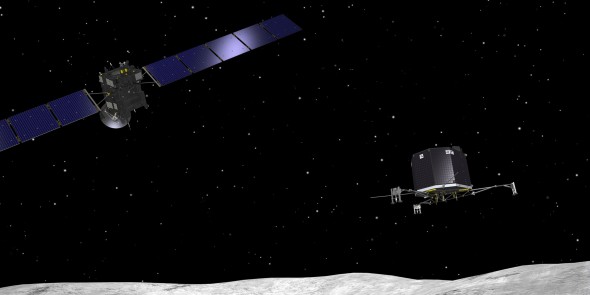 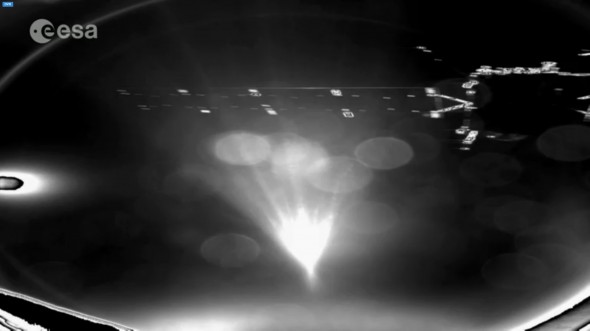 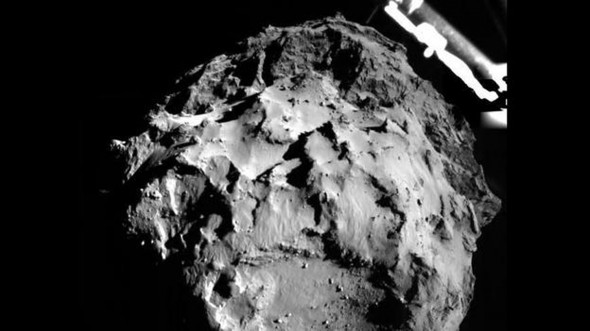 above> the philae lander took this photo of its descent onto comet 67p wednesday, when it was about 3 kilometers from the surface. the landing site is seen with a resolution of about 3 meters per pixel | esa/rosetta/philae/rolis 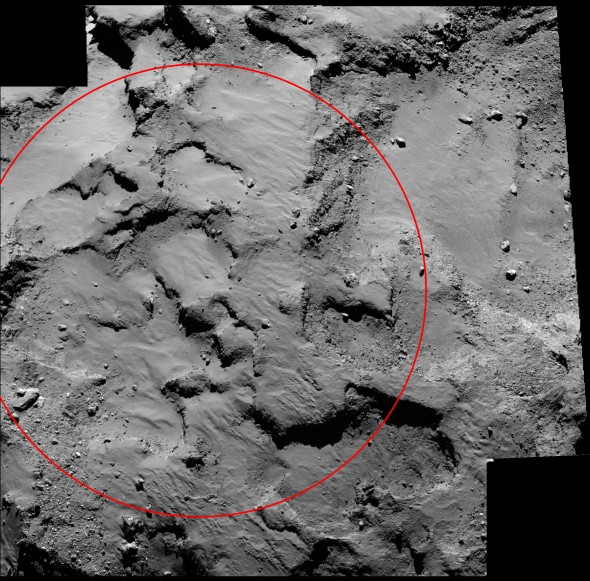 above> a close-up view of philae’s landing site on the comet. the red circle is about 500 meters, or 1,640 feet, across for scale. credits: esa/rosetta/mps for osiris team mps/upd/lam/iaa/sso/inta/upm/dasp/ida 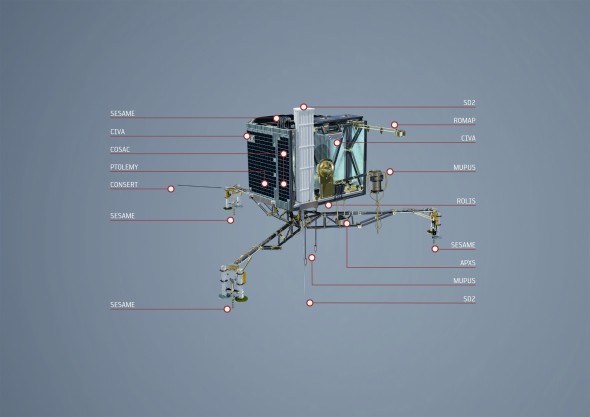 with a cost of 200 million euros — or about $250 million — the lander will provide ground truth for groundbreaking observations already underway by rosetta. the chief goal of the $1.7 billion rosetta mission is to find out how comets work and whether they may have seeded earth with water and the building blocks for life — like organic molecules, amino acids, and other life-forming material. [ watch esa live stream ]
[ esa ][ esa top 10 at 10 km ][ npr ]

update> there were some problems upon landing: in an update from the lcc in esa’s live stream at 5:42 est, it was announced that analysis of telemetry indicated that the landing was softer than expected, that the harpoons had not fired upon landing, and that the thruster had not worked.

1> philae details
2> finding a landing spot is hard to do
3> size comparison: 67p and paris 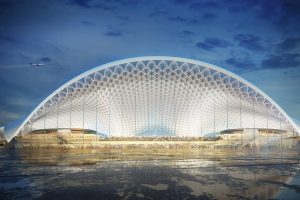 the heart of this project is replacing a 55-year-old terminal with a cutting-edge architectural solution that's categorically a part of every world-best discussion.

first free app of its kind to provide exclusive access to distinguished artists from around the world.