the 2017 exhibition will feature work from more than 100 architects, artists and designers from over 20 countries, building on the initial list below. stay tuned for additional developments related to participants’ projects, exhibition venues and information to help you make you plans to visit us in chicago in the fall.

[ biennial statement ]
the act of looking to the past to inform the present has always been central to architecture. while different eras saw the imprint of history more strongly than others, one of the most dramatic ruptures in the evolution of architecture in the last century took place between history and modernity. spawned from a revolutionary and positivist climate, early modernism’s repression of history severed architecture’s future from its past. while measured and moderate attempts to incorporate historical models before and after the apotheosis of modernism brought about movements ranging from novecento, rationalism, neoliberty, postmodernism, and tendenza to various modes of revivalism, the zeal of modernism prevailed, obscuring these short-lived episodes. the insistence on creating works that are unprecedented and unrelated to architectures of the past reached new heights at the beginning of the millennium, as more and more architects became reluctant to view what they do as being part of a larger collective project or architectural history.

today, history represents neither an oppressive past that modernism tried to discard nor a retrograde mind-set against unbridled progress. instead, at a time when there is too much information and not enough attention—when a general collective amnesia perpetuates a state of eternal presentness—understanding the channels through which history moves and is shaped by architecture is more important than ever. a generation of architects has noted a renewed interest in precedents of architecture. committed to progress, but always from within an architectural tradition, these architects are producing innovative and subversive works grounded in the fundamentals of the discipline, and rooted in the fabrics of the cities where they are built, without feeling pressured to keep up with micro-trends or being accused of cultural appropriation.

the chicago architecture biennial 2017 will showcase the diversity of work from around the world to examine the underpinnings of this resurgence of historical interest. titled “make new history,” this second edition of the biennial will focus on the efforts—across registers of building and discursive production—of contemporary architects to align their work with versions of history. through the lens of architecture, the biennial aims to examine the interplay of design and the broadening access to, as well as recall of, historical source material. in the realm of building practice—from new construction to adaptive reuse to conservation—it will investigate the ways in which the architect’s encounter with a site is, in fact, the act of interpreting and responding to a prior accumulation of state and government regulations, social conventions, and markers of personhood. considerations for architecture in the context of history include the regulation and management of power and identity; what prevails and what does not; and how to recognize the significance of untold narratives. now, more than ever, the assumptions embedded in cultural exempla and civic imaginaries require examination and discussion.

with a legacy that is embedded equally in the buildings and fabric of the city and in a lineage of media and cultural production, chicago will provide a backdrop to typify disciplinary concerns around the continued importance and value of history in architecture. a calendar of events, emanating from the chicago cultural center outward to biennial partners, will create comparative encounters with various sites across the city. the biennial will foreground questions and ideas regarding the making of a new history: what political role has history played in the regulation of buildings and the city? how can buildings speak to history without being nostalgic or pastiche? and how might we build connections to the past that are relevant and valuable to our present?

architecture’s entry into the domain of the art biennial, almost 40 years ago in venice, was marked by a reflection on the relationship of history and memory in architecture. during its inaugural edition in 1980, the venice architecture biennale showcased an expanding repertoire of theatrical devices and scenographic modes of display. today, the role of history in the field of architecture has changed, as has the role of the exhibition. on the one hand, the biennial format lies at the core of architecture’s cultural and exhibitionary project: a forum to reach and produce new audiences. on the other, it replicates the enduring question of how to showcase and tell stories about absent buildings. this question has been addressed by a suite of new modes to express and mine architecture’s own traditions. often, these new methods of communication reflect an intensified engagement with media and approaches traditionally seen as art practices. this sort of overlap has served to blur the expertise and responsibilities of distinct disciplines.

the relationship between art and architecture is a historical narrative unto itself. both practices have evolved around the changing nature of public space, in the function of specific sites, and in the expanding definitions of national and civic identities. to continue the unity of architecture and the exhibition format of the biennial is to acknowledge these commingling histories. it also becomes—in its very act and existence—a nod to the past, which stands to strongly influence both the present and future of design depictions. at stake is the furthering of diverse identities and cultural politics, and the way in which these identifiers shape the changing representations of the architectural practice.

at-a-glance examples of the 2015 chicago architecture biennial below… 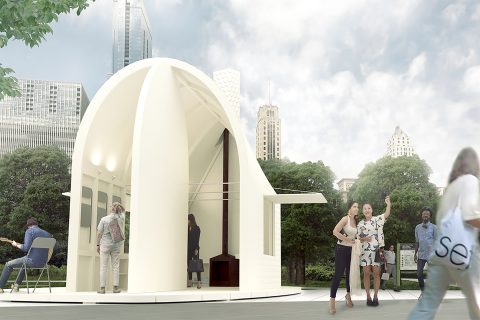 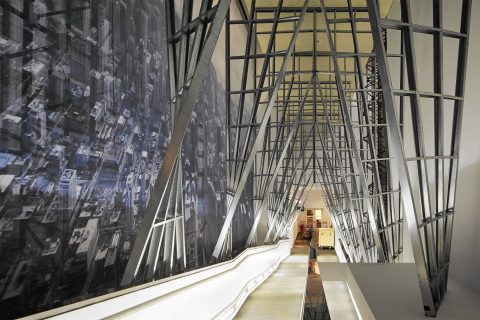 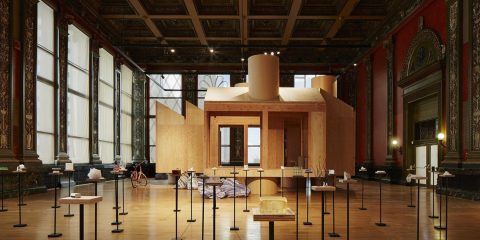 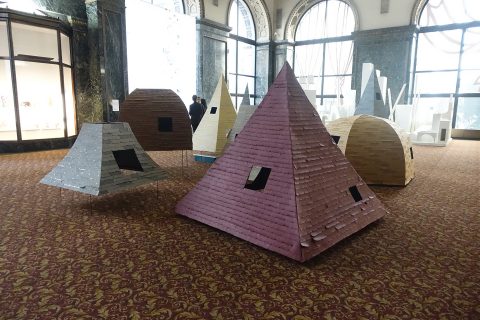 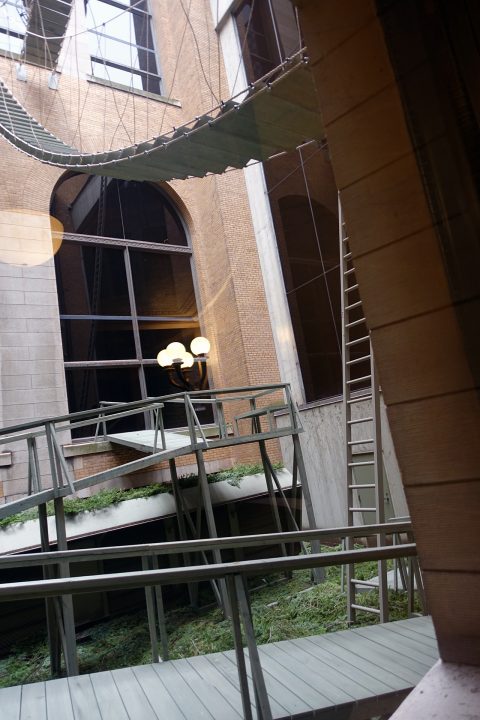 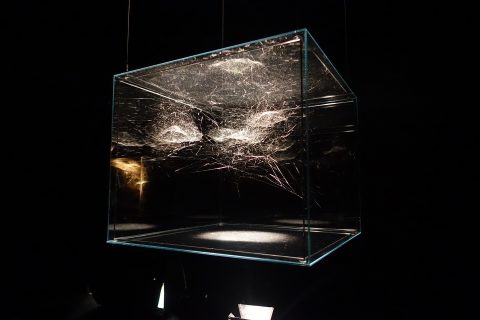 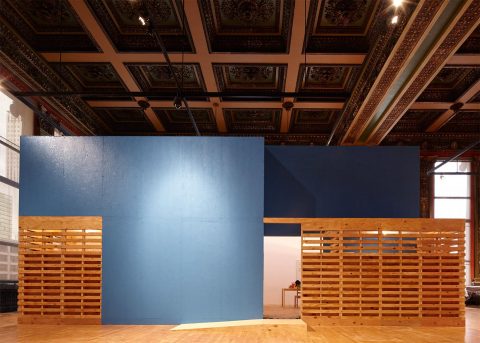 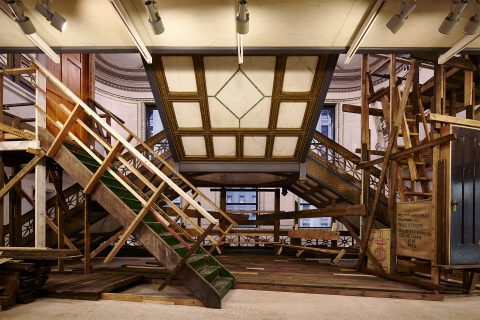 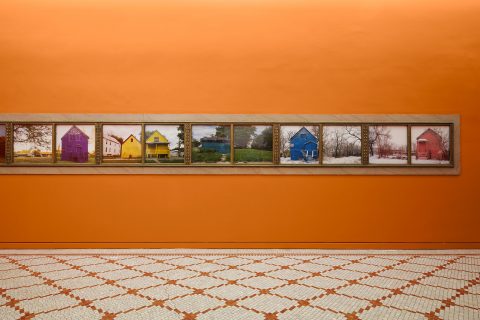 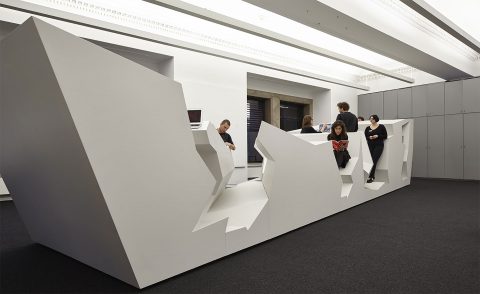 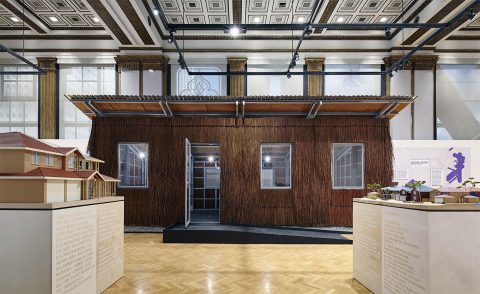 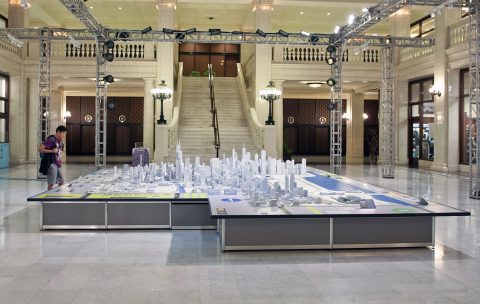 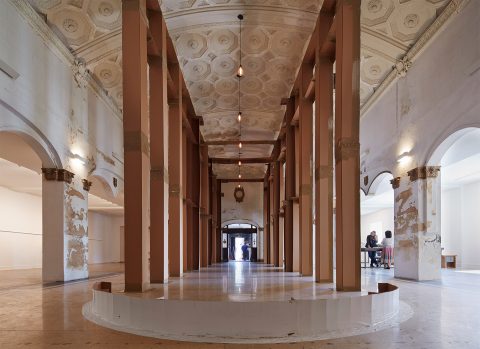 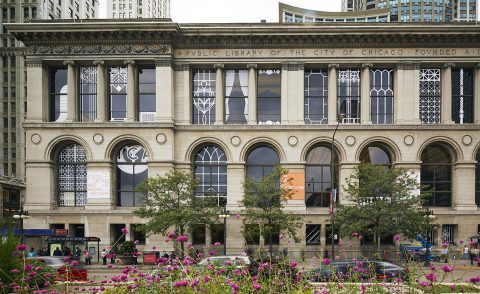 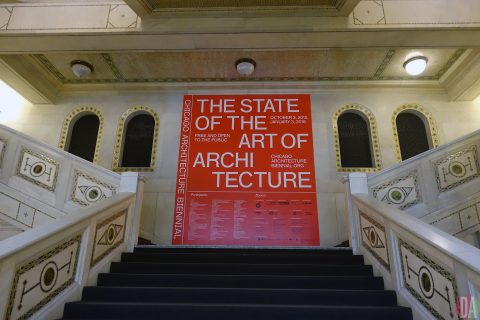 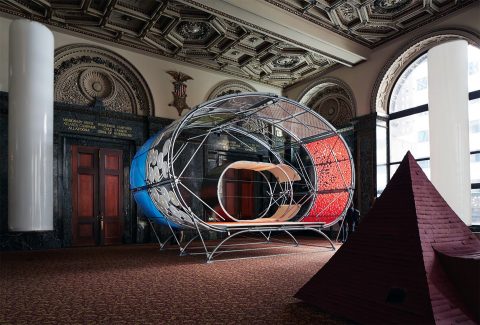 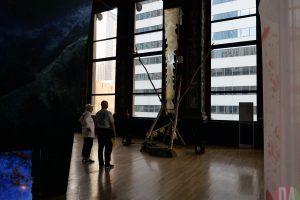 the artist-architect joar nango is a member of the sami people, an indigenous group from the north of norway and sweden. he creates site-specific installations and self-made publications that explore indigenous perspectives via contemporary architecture. there's an archival window called skievvarcoolli, designed and built by oceangoing sami people out of dried halibut stomachs spanning wooden frames. for the biennial, nango's creative team developed a progotype for a new kind of window screen using this old technology. 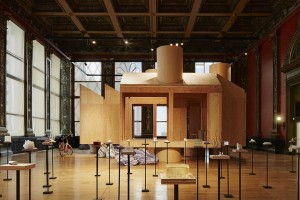 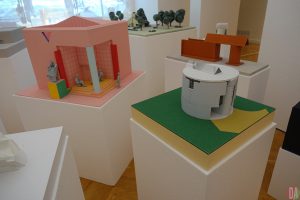 super models presents replicas of twelve models collected by german architecture museum (dam ) during the 1980s. despite the assumption that museums only knowingly show original works of art, models commissioned to replicate buildings have long been part of the culture of architectural exhibitions.