“…you hear those numbers all the time, but you never tie names to them. i wanted you to see who my son was.” pamela bosley, mother of terrell bosley / co-founder of purpose over pain 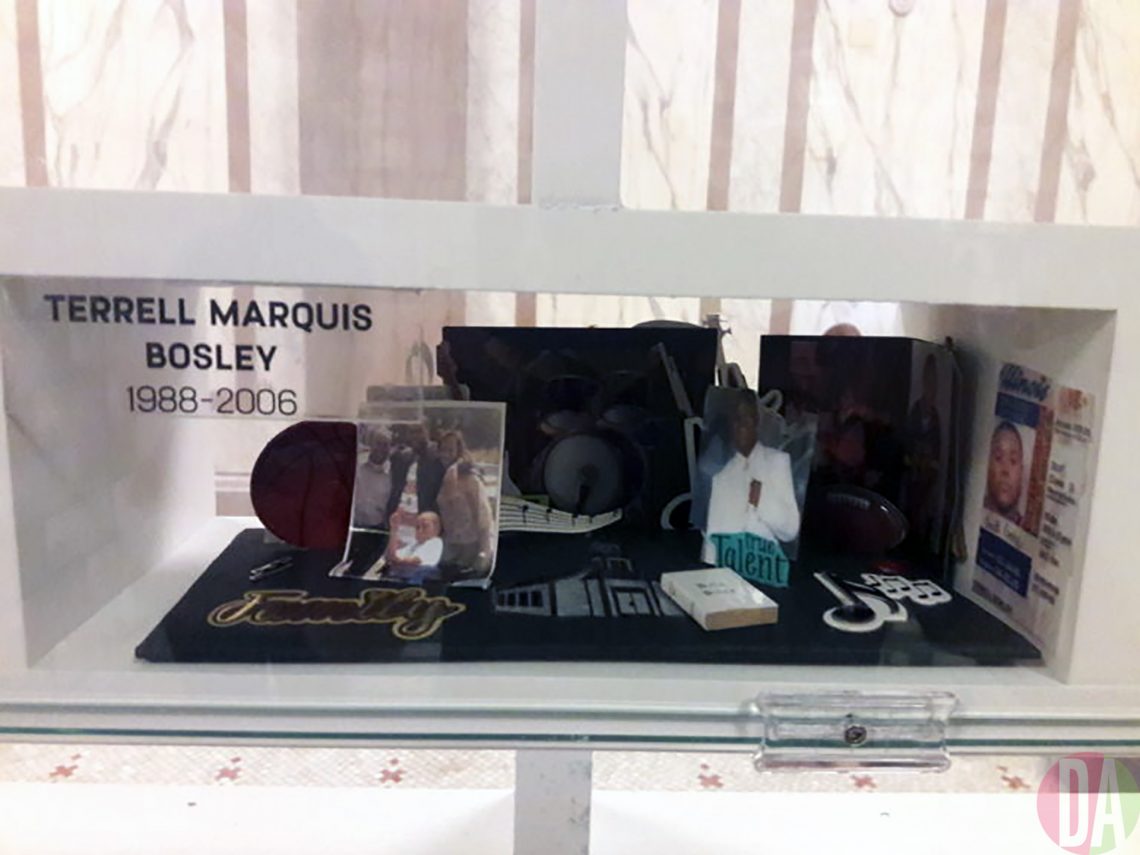 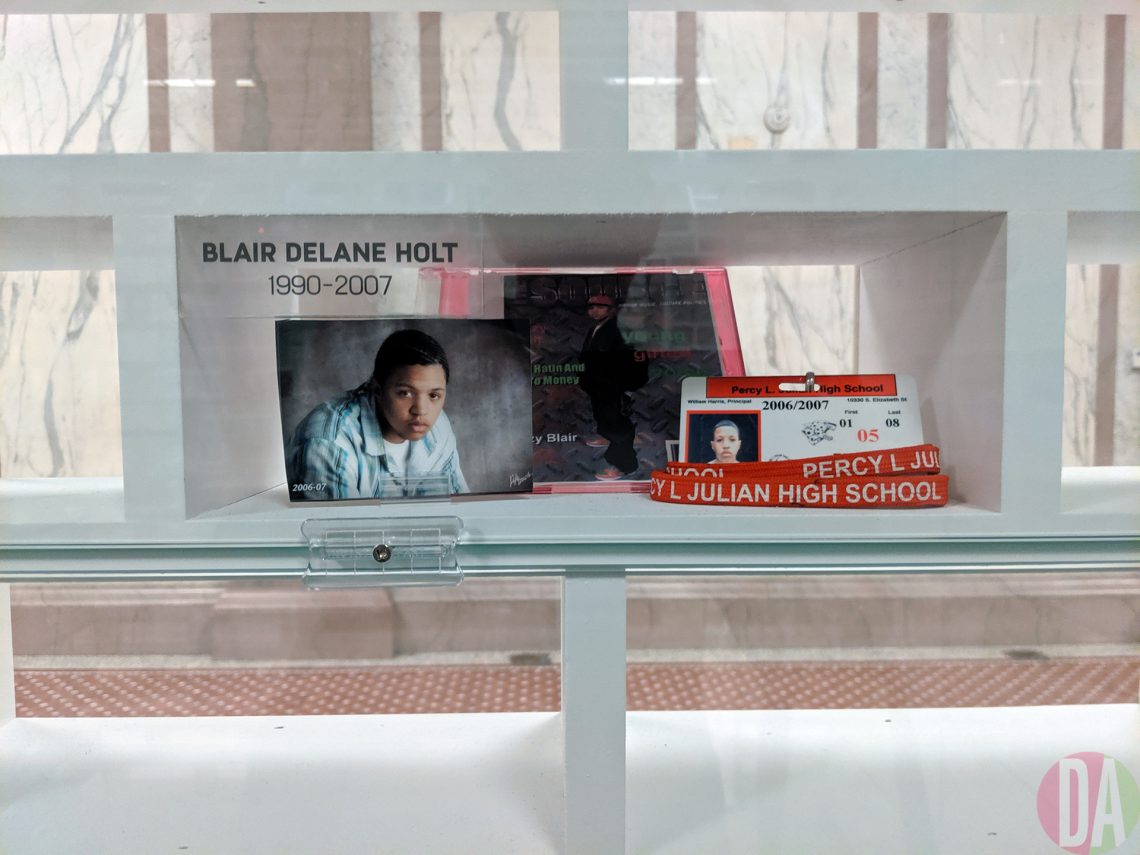 two chicago women whose sons were shot to death inspired the creation of the memorial. pamela montgomery-bosley’s 18-year-old son, terrell, was gunned down in a south side church parking lot helping a friend unload drums from a car. annette nance-holt’s 16-year-old son, blair holt, was killed as he was riding a cta bus home from his south side high school.

designed by the boston office of the mass design group, the reminders, artifacts of those slain, will be displayed in each of four houses. by showing objects from a wide range of victims, the architects are confronting the notion that gun violence is exclusively the province of young african american men belonging to gangs.

each house has 700 openings and there’s space for many more remembrances to be added.

the memorial, which honors u.s.a. gun violence victims, probably will be one of the most talked-about exhibits in the biennial. #stopgunviolence