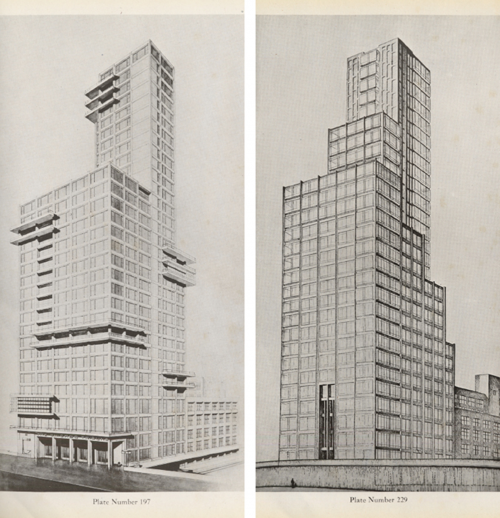 While researching an upcoming Armin Hoffmann post from one of our contributing writers I find the ‘Chicago Tribune Tower Competition of 1922. The link came from a design submission by Walter Gropius.

The paradox of the early Bauhaus was that, although its manifesto proclaimed that the ultimate aim of all creative activity was building, the school did not offer classes in architecture until 1927. During the years under Gropius (1919–1927), he and his partner Adolf Meyer observed no real distinction between the output of his architectural office and the school. So the built output of Bauhaus architecture in these years is the output of Gropius: the Sommerfeld house in Berlin, the Otte house in Berlin, the Auerbach house in Jena, and the competition design for the Chicago Tribune Tower, which brought the school much attention. 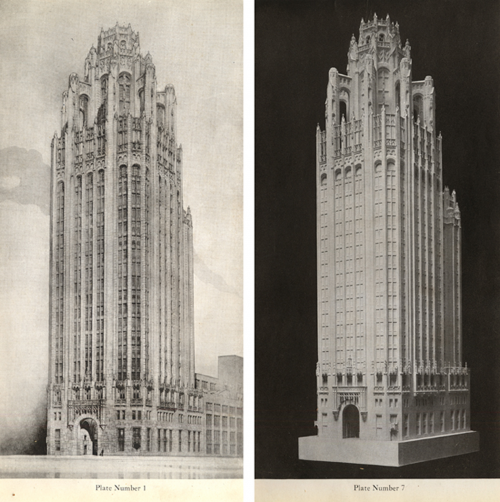 The following excerpt and plates (selected by the museum) from the skyscraper museum:

In June 1922, the Chicago Tribune announced its intention to construct a new headquarters that would be “the most beautiful office building in the world.” To find its architect, the Tribune conceived a competition that was also a brilliant publicity campaign. With a $50,000 first prize (the equivalent today of about $690,000!), and $20,000 and $10,000 for second and third prize, the competition generated massive press coverage and attracted 263 entries from twenty-three countries. A range of the winning entries and some famous modernist contenders from Europe are shown in the frames at the right.

To ensure the prestige of the event, the paper invited ten nationally prominent firms to submit designs and paid each $2,000. Among the invited was New Yorker John Mead Howells, the son of author and editor William Dean Howells, as well as a cousin of the Tribune publisher Robert R. McCormick. Unable to devote sufficient time to the project, Howells sought an associate to prepare the entry and happened fortuitously on the young architect Raymond Hood, who needed work. Hood created the drawings and seems to have been responsible for much of the design, which was a Gothic spire modeled on the medieval Butter Tower of Rouen. 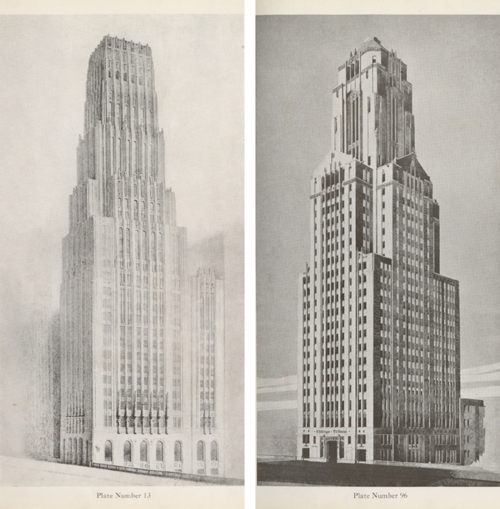 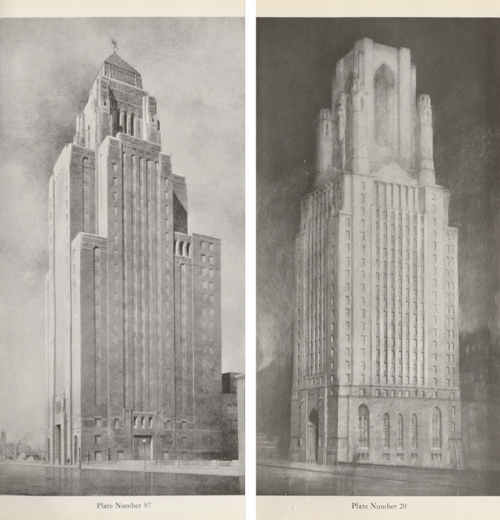 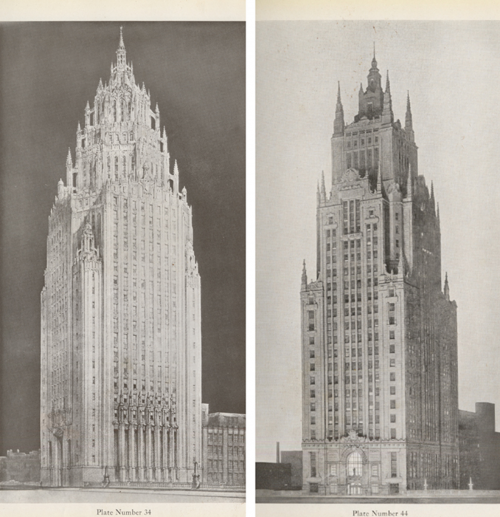 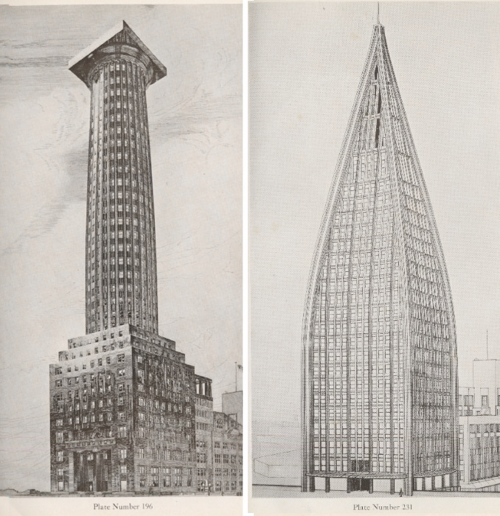 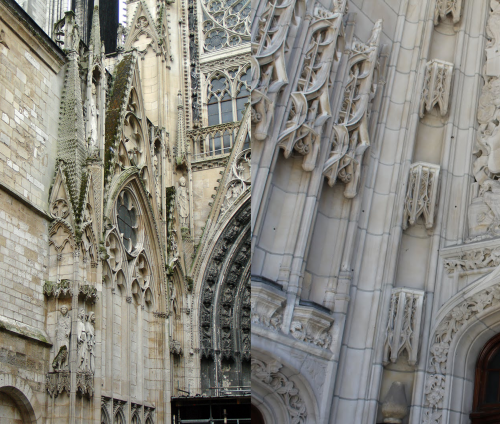 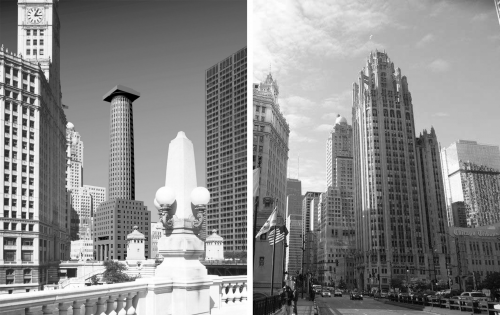 [ etc ]
1> chicago installed a zoning ordinance in 1920 governing building heights and mass. the setbacks and tapering in the submissions was common in the late 20s and 30s, purportedly to allow more light on the streets, but it also permitted a work-around to achieve a taller building. chicago revamped again in 1923 to allow bigger buildings.
2> adolph loos was chief architect for vienna 1921>24
3> designs for great architectural landmarks that were never built
4> possibly for more than a millennium churches were the tallest buildings in the world, broken by the philadelphia city hall (1901); rouen cathedral was the tallest in 1202
5> [ skyscraper museum ] [ modern b4 mies ]

The "Great Britons" competition, now accepting submissions for its third round, gives you the chance to apply for free flights to help further your talent 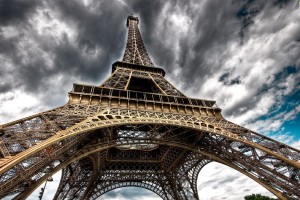 it's designed to be an icon, it's not an accident. 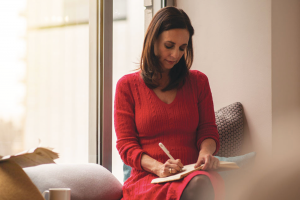 over 40 jurors reviewed over 300 products.