Braun watches. The first and the latest. 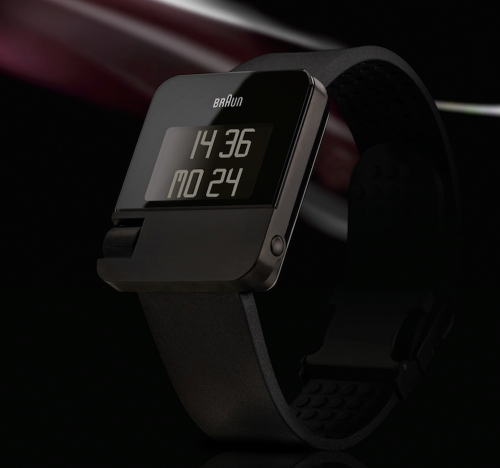 with braun, everything begins with a history lesson. [click all images to enlarge]

braun is relaunching a new line of wristwear (above) designed by zeon. what zeon kept was minimal and functional, one recessed button and a distinctive scroll wheel is all you get, we think. also comes in silver. the new watch is still under development, so details are few. zeon says the watch should be released in the fall. 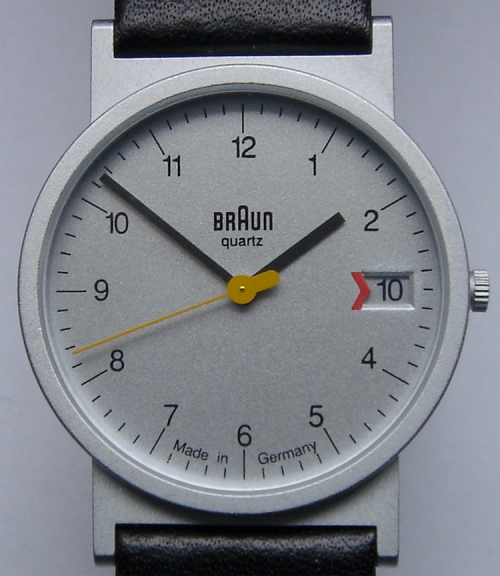 
above: the aw20 designed by detrich lubs (1990) most closely resembles the braun clocks. 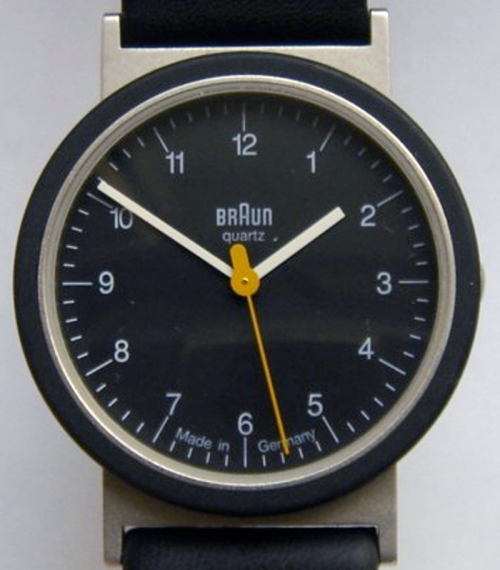 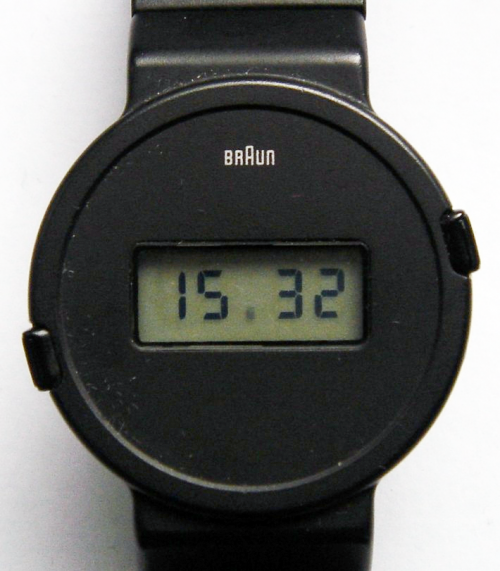 above: braun’s first watch, the dw20 (1977) by rams / lubs. unfortunately due to the many problems experienced with the LCD module it was only in production for a year before being replaced by the dw30. 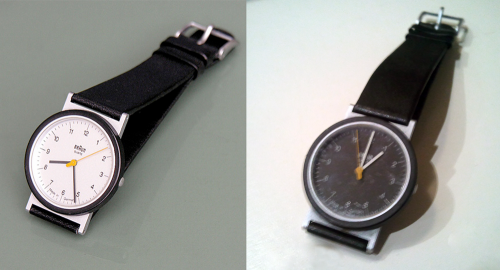 above: the watch dieter rams gave me in 1993 (right) when he gave a lecture at the art institute of chicago.

note: the ab20 alarm clock (1975) by rams / lubs set the basic design for subsequent clocks and watches from braun. braun watches and clocks until the new zeon watch (2011) never looked sleek and stylish but always modern, pure, and timeless.