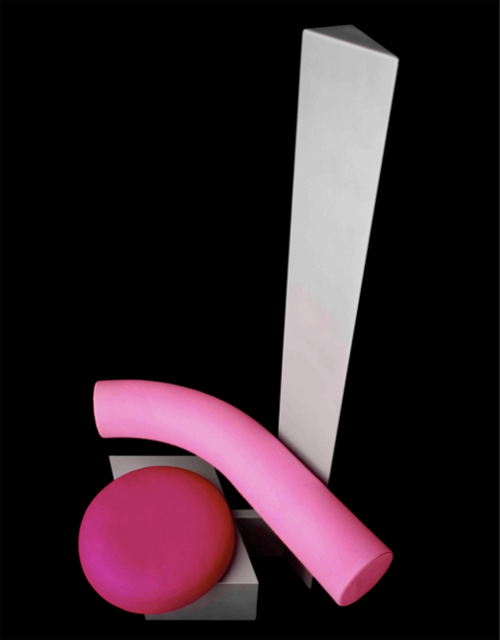 a design history question. when was this chair designed? to what art genre does it belong?
if you would have said early 80s and maybe designed by peter shire that would have been a good answer. but you would be wrong. 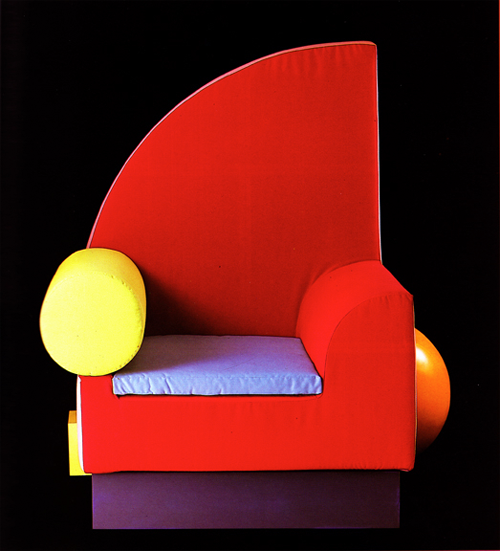 above: bel air arm chair designed by peter shire in 1982 while with the memphis group.

the pink chair was designed in 1968, and by someone you may never have heard of, unless you’re an insider in british design circles. her name is jane dillon. below is a picture of jane, sitting in one of her other late 60s chairs. 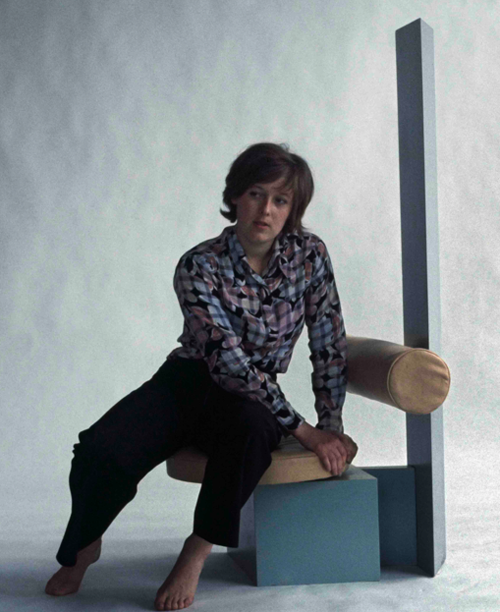 in the late 60s as a recent graduate of the royal college of art she found her way to the milan studio of ettore sottsass. for the most part she worked on color studies for a line of olivetti office furniture for sottsass . and she also worked out some absolutely amazing chair designs. 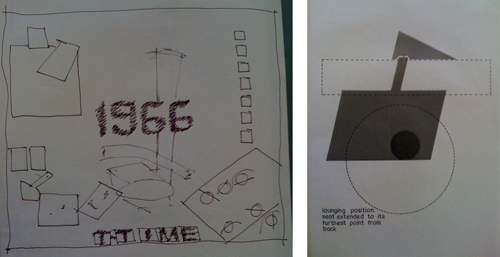 dillon gave the victoria & albert museum some of her archival materials, including the pictures included in this blog post. above are one of the earliest development drawings – with a tentative title of ‘T-Time,’ a reference to the idea of including an integral table in the design – and a geometric study showing the plan of the chair as if viewed from above.

below is another motion study, a quick sketch in red pen. the two vignettes at lower left again show the chair in use from above. the idea being shown is that as the sitter shifts her weight from side to side, the seat beneath her (and the other elements of the chair) will move on a swivel joint. 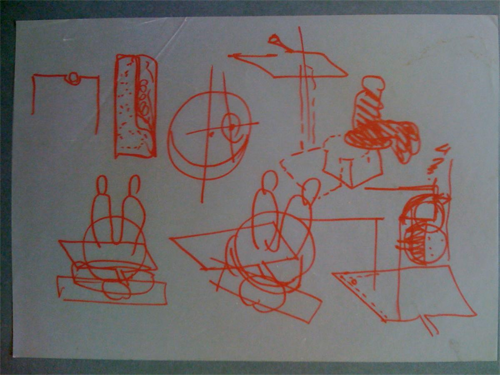 as stylish as the chair looks today dillon’s felt it was mainly an exercise in dynamic ergonomics. the motion study above indicates this, but it’s clearer still in the final preparatory drawing below, which shows how three of the chair’s four parts swivel in coordination according to the user’s shifting posture. she thought of it as a functionalist experiment, more late bauhaus or gerrit rietveld than pop or postmodern. 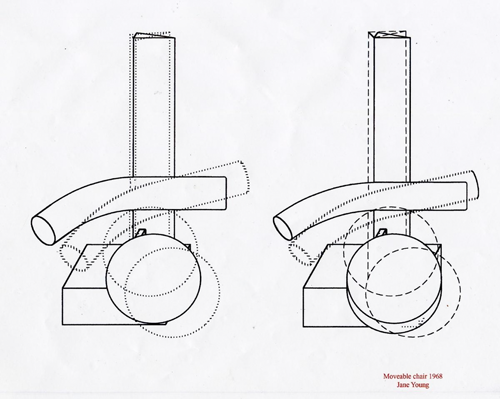 the chair was put into limited production by a company called planula – sottsass made the connection for her – and was produced in several variations of shape and color, including the green version below. it was received well by the design community and it was reproduced in the magazine domus. in 1972 the chair was nearly included in an important exhibition about italian design at the museum of modern art called ‘the new domestic landscape’. unfortunately the curators decided dillon didn’t count as italian. 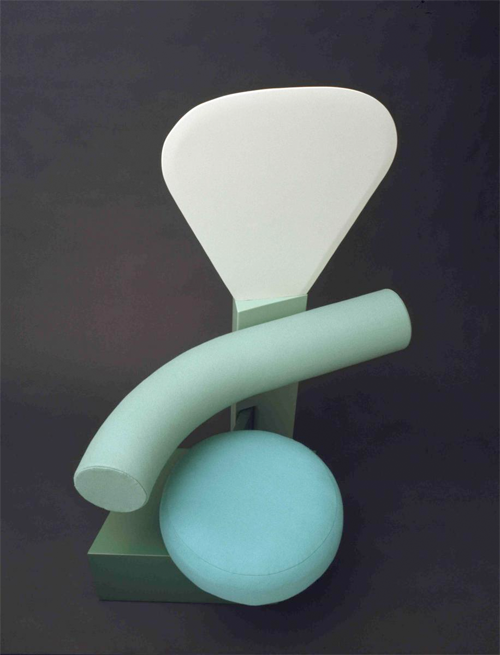 dillon has also designed for habitat, herman miller, and cassina. she went back to the royal college of art to teach, and more recently, she has teamed up with designer tom grieves ( studio dillon ) plus to experiment with innovative environmentally sustainable furniture; keeping up to date today seems to be more important to her than having been ahead of the curve in 1968. still, she’s able to marvel at what she came up with back then. “it’s the most amazing kind of object. only when it’s in use does it become a new kind of chair.” she was made an honorary fellow of the royal college of art in 2006.

dillon’s experimentations and her association with sottsass was timely, as 10 years later sottsass assembled the memphis group, composed of italian designers and architects who created a series of products in 1981. they disagreed with the approach of the time and challenged the idea that products had to follow conventional shapes and colors and textures and patterns. the group’s theoretical concepts mixed 20th century styles, colors and materials, positioned itself as a fashion rather than an academic movement, and hoped to erase the international style where postmodernism had failed, preferring an outright revival and continuation of modernism proper rather than a re-reading of it. 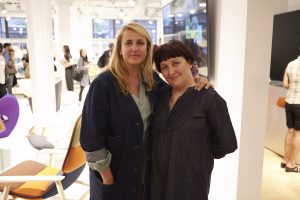 sometimes a sketch is enough. so you see in this example the importance of the relationship.