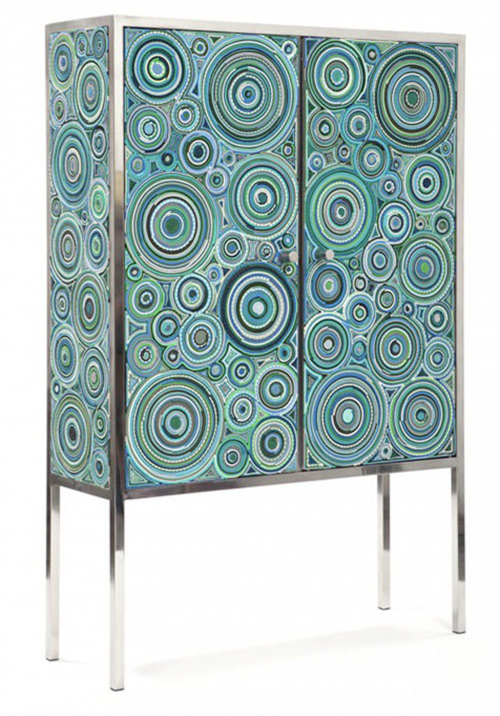 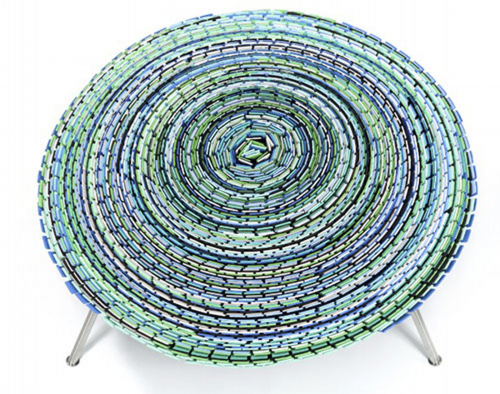 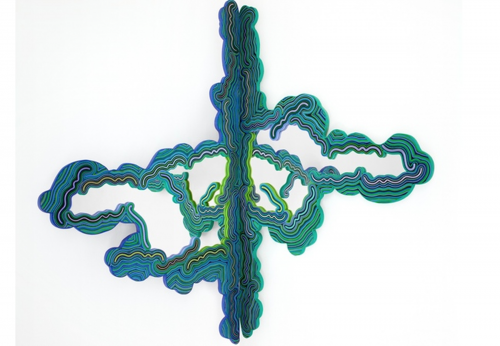 [ ocean ]
An unexpected evolution of the Campana Brothers’ signature Sushi series, the OCEAN COLLECTION builds on the mash-up of materials that resembles Japanese maki rolls developed by the Brazilian design duo back in 2002 when they were investigating methods to make upholstery without relying on traditional techniques. The pieces include a SUSHI BUFFET and a SUSHI CABINET, a fresh expression of WALL and PENDANT MIRRORS, and four VITORIA REGIA STOOL.

« We decided to use mirrors because Humberto began with mirrors that he framed with seashells’, explains Fernando. ‘So we’re re-visiting our start now using new materials and benefitting from the maturity of our work. For the Carpenters Workshop Gallery exhibition, we wanted to create an art installation where mirrors connect with other realities and become synonyms of other dimensions. In addition to the WALL MIRRORS, we created PENDANT MIRRORS because when you put them in a room they twist and turn, absorbing the space and reflecting what is around them ».

Humberto adds: « The inspiration comes from the SUSHI series that includes chairs, sofas, buffets and other objects. We decided to frame mirrors with felt, rubber carpet and EVA in different shades of green, blue and white to create a liquid atmosphere – hence the name of the exhibition. The mirrors connect to water, and we added curved lines (not unlike the shape of sushi rolls) to the frames to create different patterns of colors. Our work is handmade and hence very precious. We try to introduce humanization to the process of manufacturing, which is a key aspect of Brazilian design » 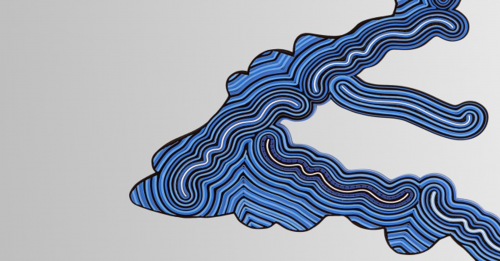 [ the compana brothers ]
Fernando Campana (b. 1961, Brazil) and Humberto Campana (b. 1953, Brazil), respectively a trained architect and lawyer, became partners in 1983 to create a singular body of work that uses materials and techniques uncommon in the design world.

They made their name thanks to European furniture manufacturers and dealers such as the Italian furniture house Edra, the lighting company Fontana Arte and the household appliance producer Alessi, and became the undisputed ambassadors of Brazilian design in a few short years.
In their Sao Paulo workshop, a true artisanal workshop, Fernando and Humberto Campana design by « pulling things in off the street », half-way between Arte Povera and the industrial production of design objects, and use recycled materials for the most part. Brazilian culture is their main source of inspiration: the diversity of influences, the social blend, the economy of means and craftsmanship.

The Campana brothers are passionate about French culture and have worked with houses such as Lacoste (in 2009 and 2012), Bernardaud (in 2011) and Louis Vuitton (in 2012). Their latest French work includes the recent refurbishment of the Café de l’Horloge at the Musée d’Orsay. Taking their cue from Emile Gallé, the two Brazilian designers came up with a « dreamlike-aquatic » atmosphere, in homage to the great glass artist from the Lorraine and to Art Nouveau.

Famous for their unusual productions and the way they divert and recycle objects, the Campana brothers are now internationally renowned. Their work has been shown at MoMA – Museum of Modern Art in New York, at the Centre Georges Pompidou in Paris and at the Sao Paulo Museum of Modern Art.

In 2012, they were made « Designers of the year » at the Salon Maison & Objet in January and the same year won the Prix Création et Patrimoine of the Comité Colbert.

zoë ryan: the future is not what it used to be. 2014 istanbul design biennial.


i love the history of manifestos, but i really wanted to rethink: what does it mean to have a manifesto today?