2015 is a big year for Coca-Cola for it’s bottle is 100 year’s old. The brand is the source of brilliant iconic eye candy that evokes emotion and inspires creativity, be it art, graphic design, advertising, and product design that is the genesis of their vision- the centenary bottle.

To shout out the 100 years the company launched a host of concepts: starting with #MashupCoke, a crowdsourced invitation to reimagine vintage Coca-Cola bottle imagery and iconography using only three colors (more than 130 artists from 15 countries respond); Coke Red, black and white; a slideshow of Vintage Coca-Cola Bottle Print Ads; a worldwide Coca-Cola Bottle Art Tour.

Who else got inspired over the coke bottle? The High Museum of Art in Atlanta launched The Coca-Cola Bottle: An American Icon at 100, showing thru 4 October 2015. Most recently, our friends at Surface Magazine asked 12 USA designers (wish we thought of that) to conceive an object inspired from the original Coca-Cola bottle design that somehow dispenses the beverage. The results shown here were published in a June/July issue. We were pleased to see several designers we are close to included in this leading group: Liz Daily, Felicia Ferrone and Jonathan Nesci.

[ prologue ]
In 1915, Coca-Cola invited 10 glass companies to design a new bottle.The winner,Coca-Cola contour bottle is patented in 1915 by the Root Glass Company of Terre Haute, Indiana. The creative brief given to Root called for a bottle that could be recognized when broken on the ground or by touch in the dark. (This brief is inspiring in itself.)

The designers drew inspiration from what they believed to be the product’s ingredients, and incorporated the ribbed, bulbous shape of the cocoa pod into the original bottle design. It is generally considered that Earl Dean, the machinist, is largely responsible for the original design.

The contour bottle is also known as the “hobble-skirt” or “Mae West” bottle for its hourglass curves,

Chapman Root’s 1916 contract with Coca-Cola outlined that he was to receive 5 cents for every 144 bottles made. He died in 1945 as one of Indiana’s richest men. In 1982, when the Root family sold its 57.5 percent stock interest in the Associated Coca-Cola Bottling Company its value was over 417 million dollars. 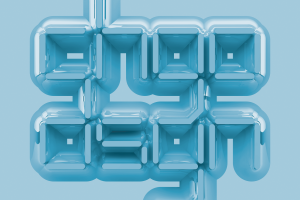 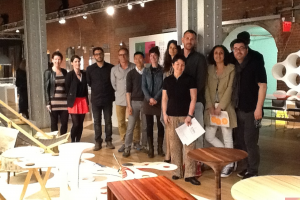