in the 80s i felt chicago and toronto had more differences than similarities: the size was comparable but toronto was cleaner and hipper – they have vidal sassoon you know. what i didn’t know then was that sassoon’s mix of style and performance made it the obvious choice as official hair consultant to the athletes participating in the los angeles olympic games in 1984. sassoon and his international team conducted months of research with 100 athletes to determine which haircuts performed best during different sporting activities. a huge campus salon was set up in the university of california to cut and care for the hair of 2,500 athletes. today, both cities seem equally clean and hip, so enough!, let’s talk about 2022 winter olympics fashion statements.

in october 2021 canada debuted it’s winter olympic uniforms and announced a six-year run with relative newcomer in athleisure lululemon. today, ralph lauren debuted its latest Olympic designs, the label an olympic mainstay in their uniforms since 2008, did the same. regarding style, lauren is known for and again presents a traditional statement. lululemon presents their familiar chic. but let’s not forget that we may only be looking at opening night(?) apparel and we’ll have to wait for the events uniforms which can be a little more aggressive – as they should be! opening ceremonies to be held on 4 february in beijing.

regarding style, lauren offers red white and blue buffalo plaid puffer jackets, parkas, american flag turtlenecks emblematic of ralph lauren, and fleece leggings or pants. lululemon offers an all-red or all-cream motif paying homage to the maple leaf that appears as a simple icon as well as an abstracted print which includes parkas, down jackets, joggers, trapper caps, bucket hats and zip-ups, with plenty of opportunities to modify: the parka can be zipped off into three different lengths, and the down jacket can be worn like a backpack if it gets too hot. lululemon also presents a transformer-like modular look including a vest that turns into a pillow or scarf.

we’re appreciative the brands made sustainable and technologic statements. lauren’s effort on sustainability is with recycled polyester made from plastic bottles, recycled down and responsible wool standard (rws) wool – the company press statement explains that the brand is committed to using 100% rws-certified or recycled wool by 2025. lauren also includes a tech-driven detail for their jackets which include a smart, honeycomb-like fabric layer built-in that expands or contracts in response to temperature changes — all without the use of a battery or wired technology. lululemon’s tech-driven effort is with smart textiles that are insulated, sweat-wicking, bacteria-inhibiting, breathable, resistant to water and wind, and light on seams. 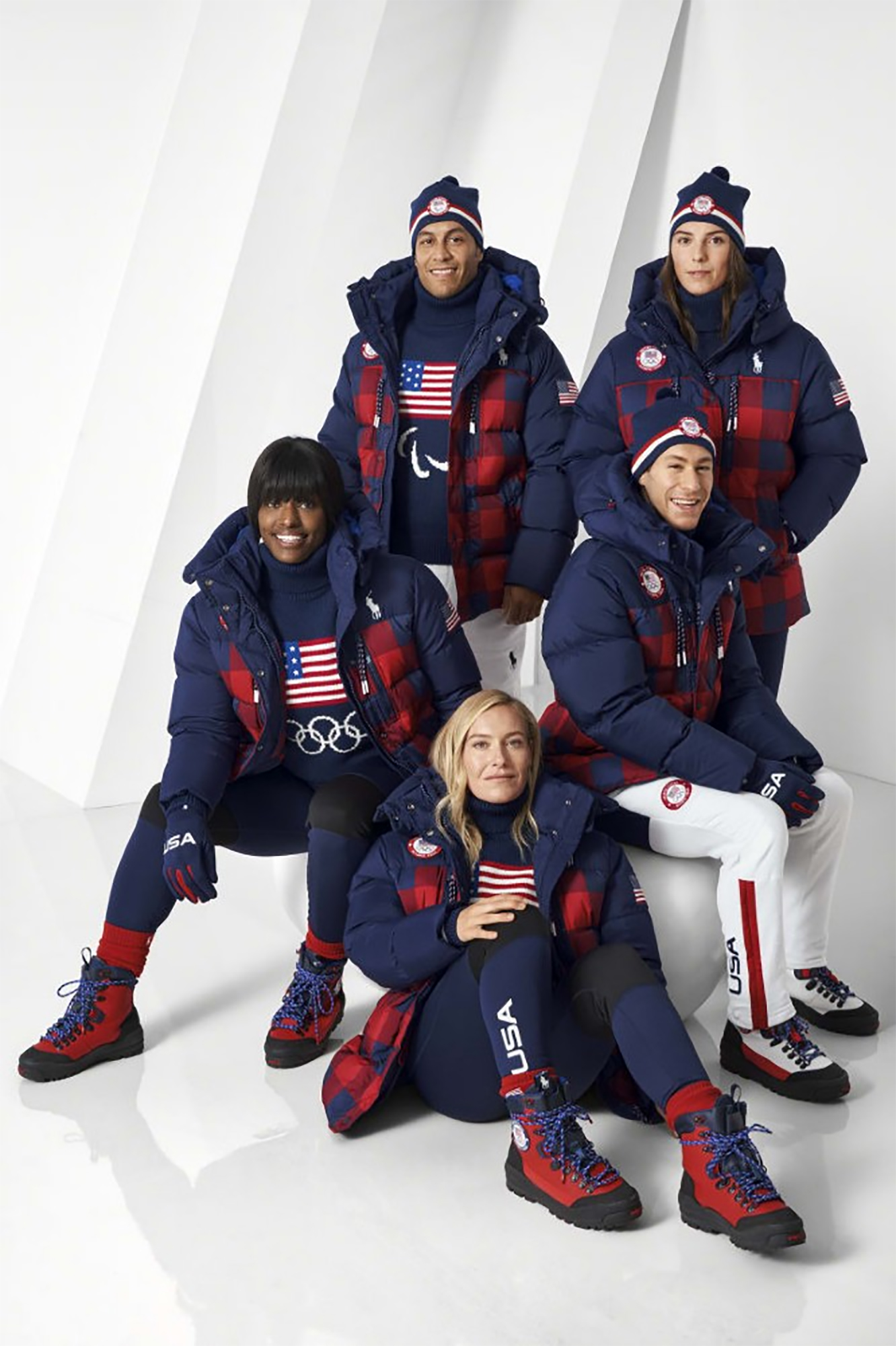 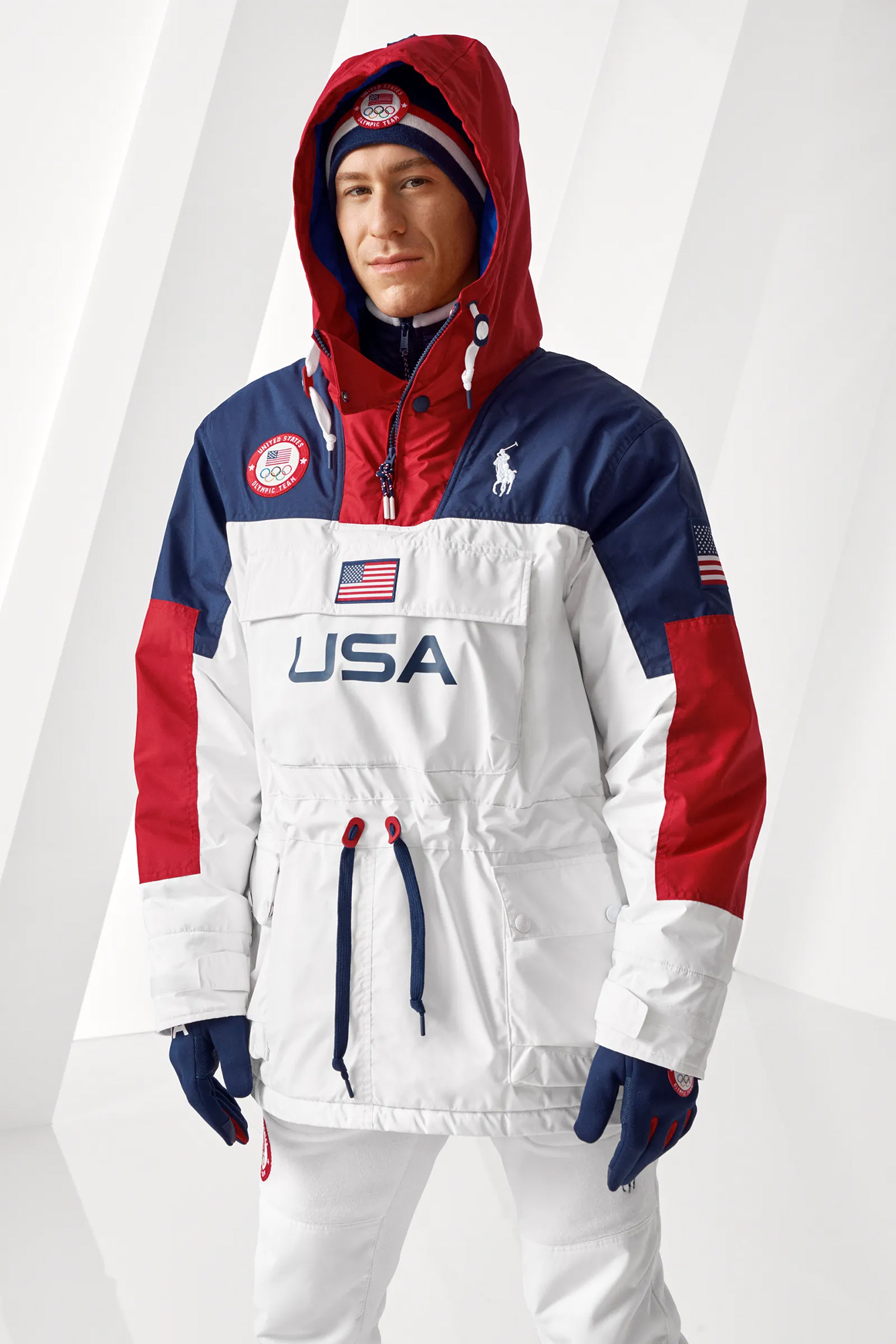 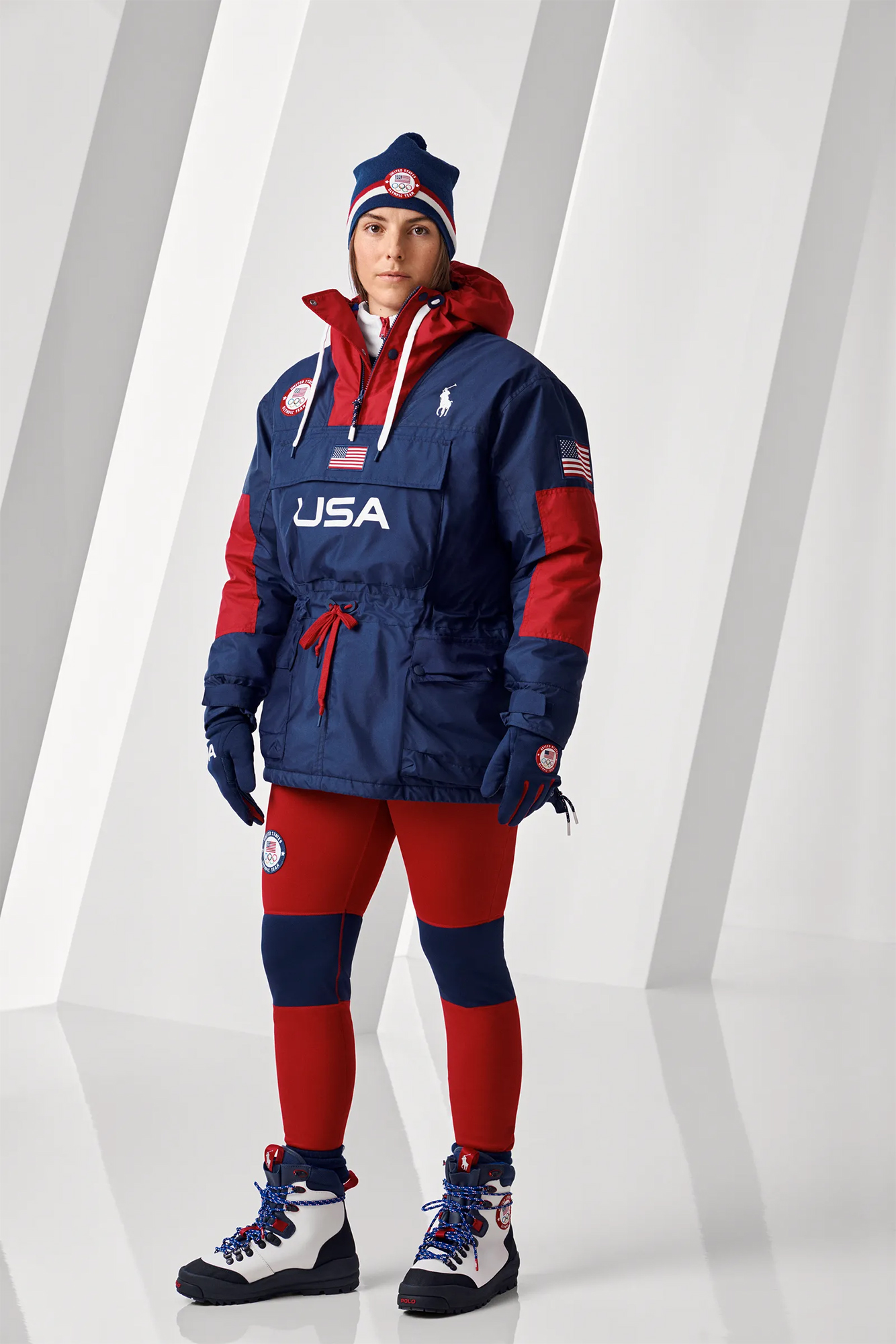 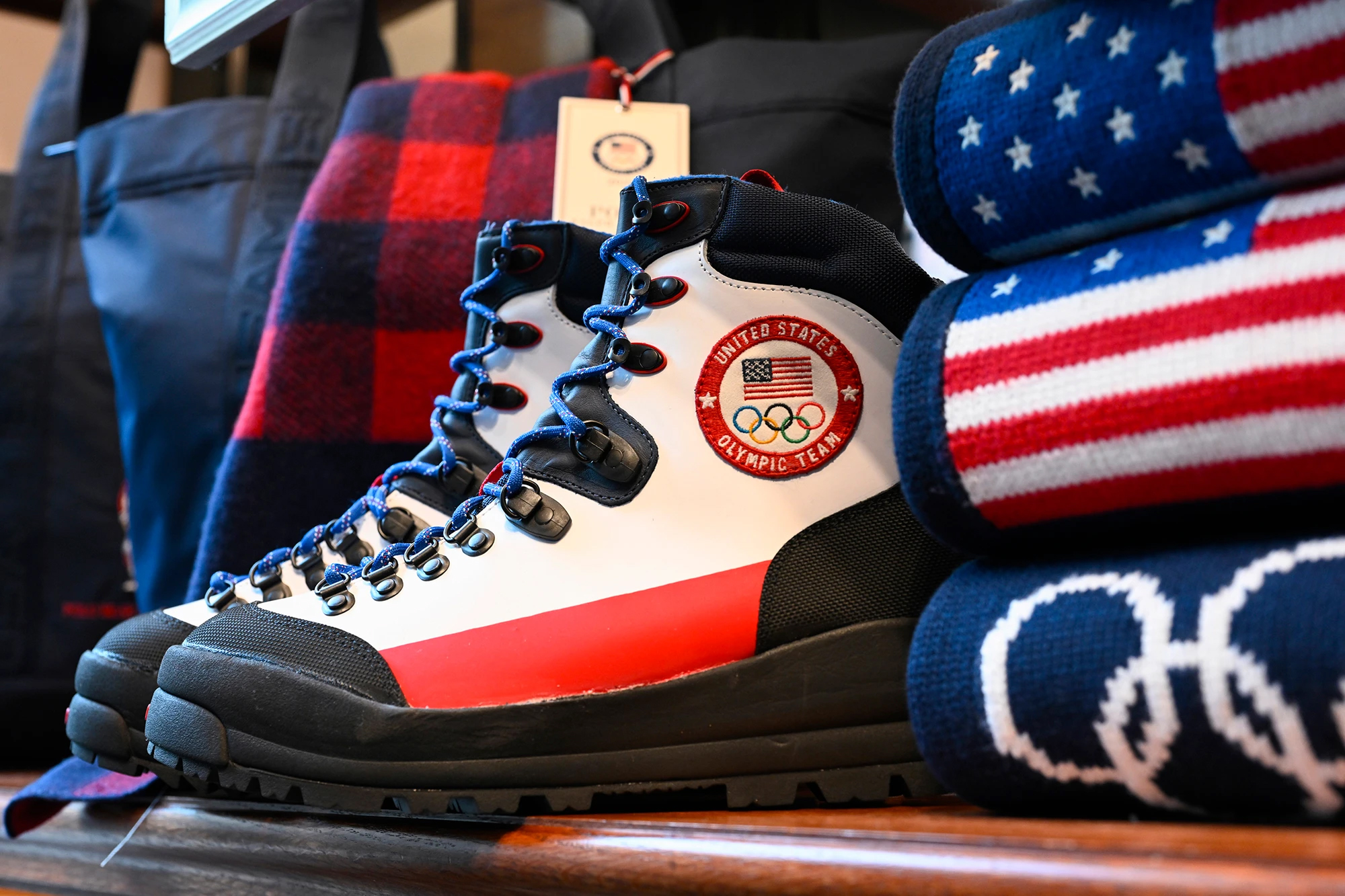 below > photos courtesy of lululemon 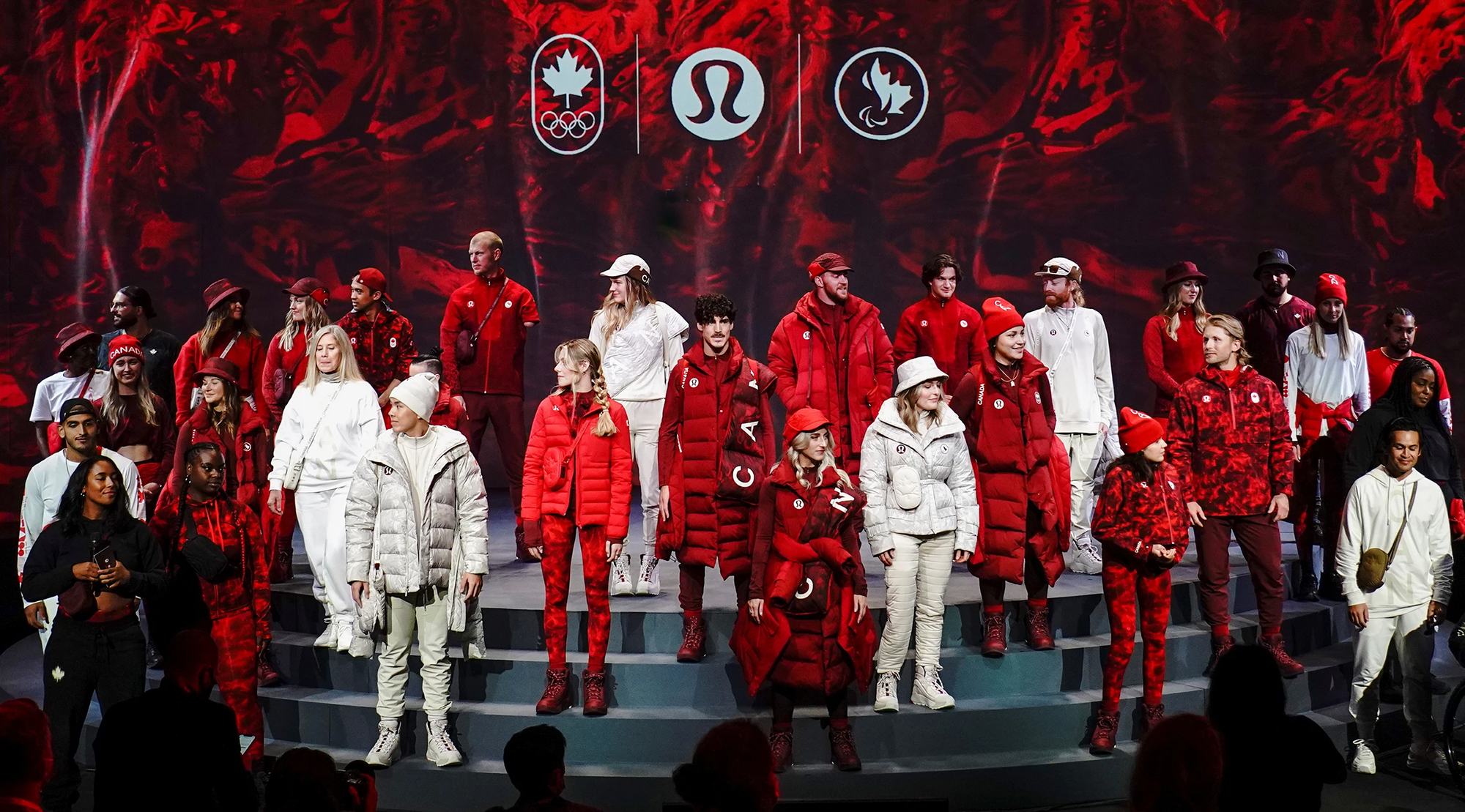 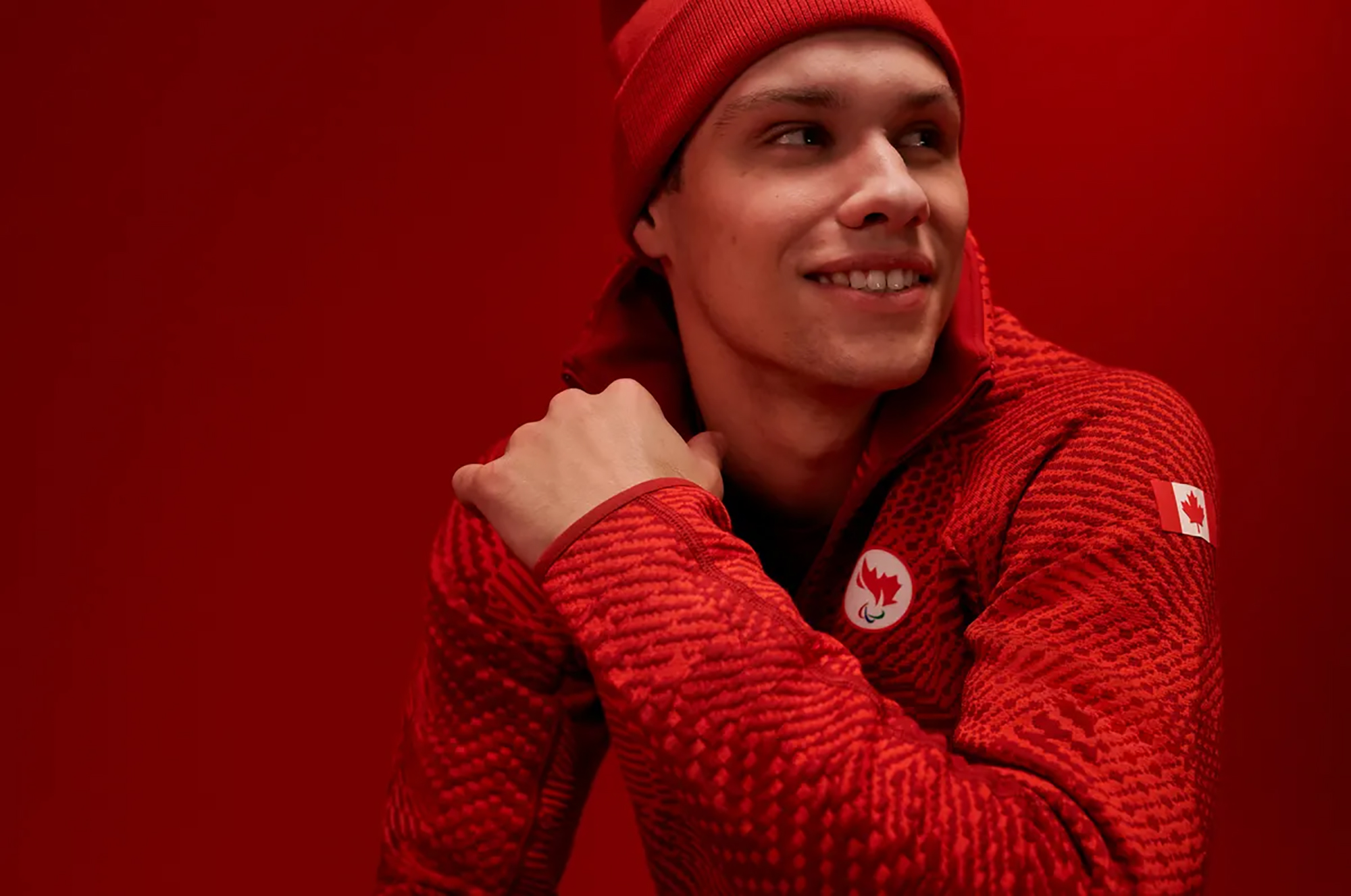 above> liam hickey wearing the uniform for on the podium 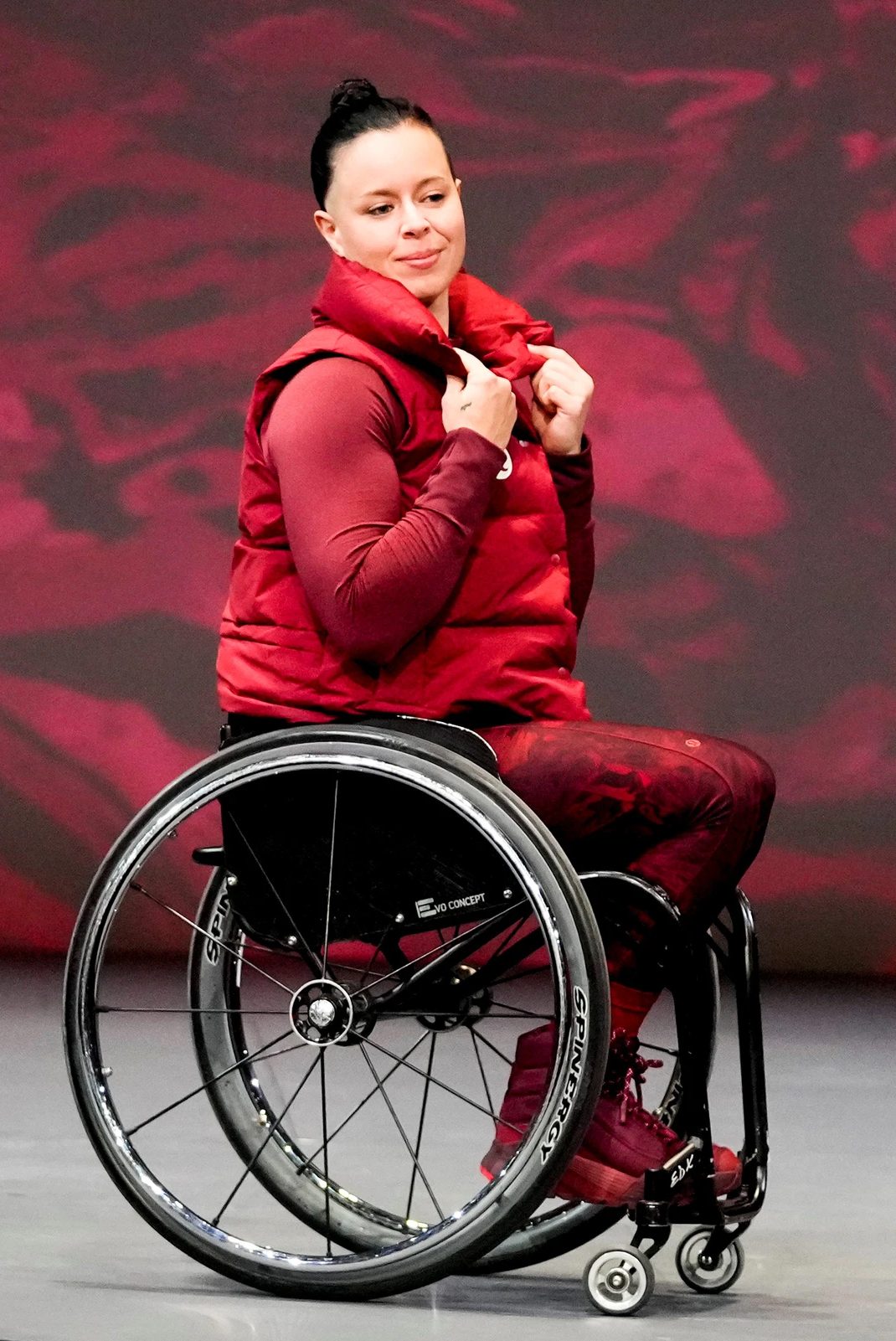 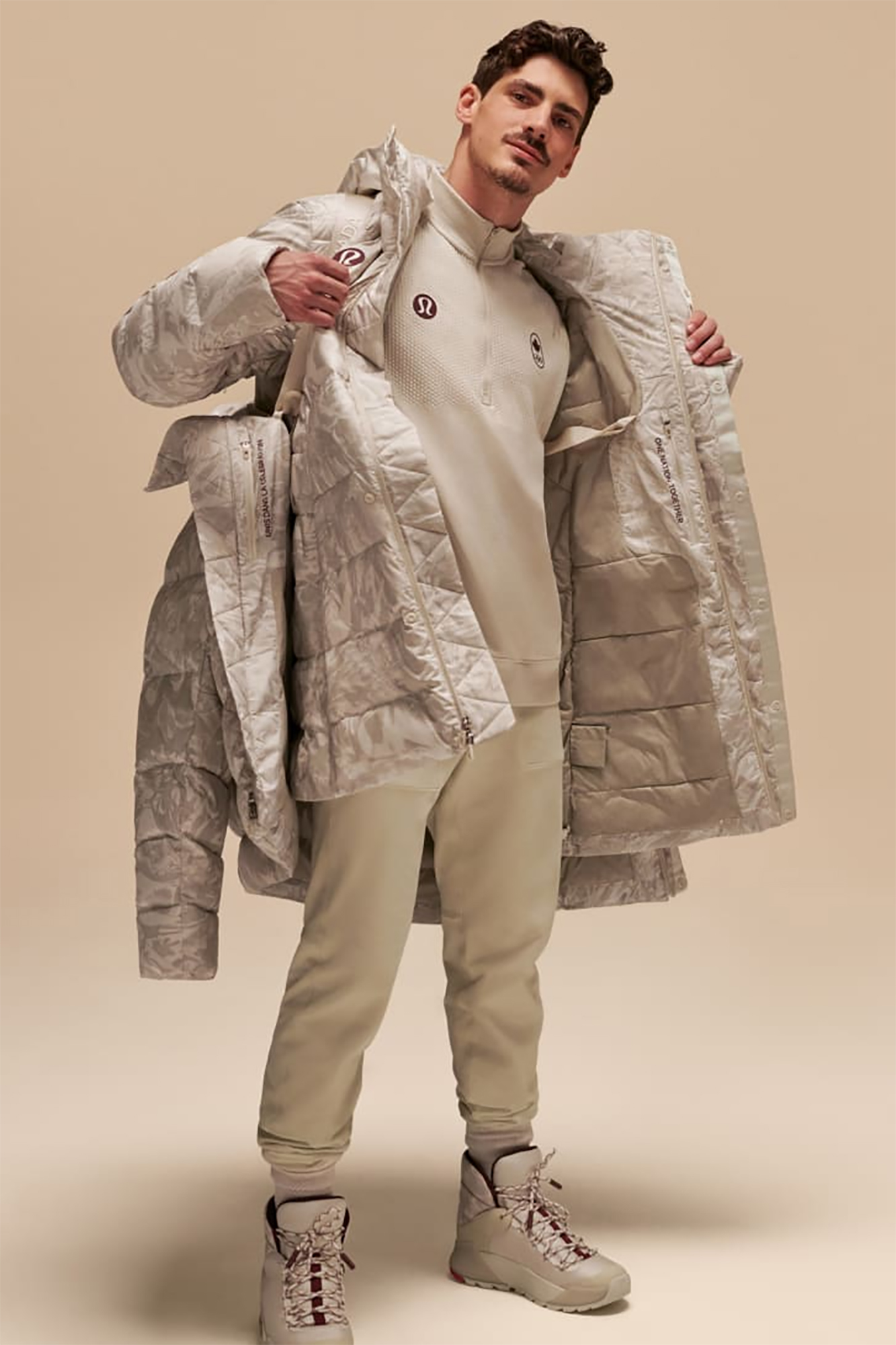 all-in-all DesignApplause likes lululemon’s design focus on function, such as multiple layered parkas. during the opening ceremonies, athletes can be on that journey for four to six hours or waiting to perform and the temperature can go from minus-10 degrees celsius to plus-10. the uniform is based on a dynamic dressing system, athletes will be able to shed – or add – individual pieces.

also the human-led design utilization where over an 18-month period lululemon takes athlete insights from a number of sports and creates an innovative nurture campaign so team canada olympic and paralympic athletes can feel their best to perform their best. the vancouver-based lululemon scanned the bodies of a number of athletes, consulted them for subjective feedback on aesthetics and comfort and also simulated beijing winter conditions. the design team studied areas of bodily heat loss and engineered appropriate compensations into the garment, through innovative 3d engineered knitting. read: q&a with the designer of the beijing 2022 olympic collection.