for the finale of london design festival at the v&a, the museum will host a special event on exhibition road focusing on design solutions to the climate emergency.

together with the design museum, natural history museum, science museum, imperial college london and brompton design district, the v&a will host a street celebration to look at the role design thinking can play in fostering new ideas and changing attitudes to the way we consume food, use energy and deal with waste.

experts from the v&a and its neighboring institutions will host tables – created from upcycled museum packing crates – on which meals will be served created from ‘waste’ produce, highlighting the fact that one-third of all food grown or manufactured in the world is thrown out – enough to feed 870 million people. the upcycled furniture created by london’s design community, will then be given away to community gardens and charities tackling homelessness.

exhibition road will be further animated with talks, workshops and installations focusing on these challenges and the power of design to address the key issues of the age; and to inspire the design community and public to help tackle climate change.

supported by the royal commission for the exhibition of 1851

canadian designer matthew mccormick is proud to present avalanche, a temporary installation at the victoria & albert museum for the 2019 london design festival. a highly experiential exhibit, the installation seeks to fuel thoughtful introspection on the effects of climate change through the artist’s interpretation of what it feels when trapped inside a torrential snow slide – a tangible result of our planet’s fluctuating weather conditions.

a nod to the chaos and power driven by mother nature on our environment, mccormick marries light with material within an imposing, seamlessly executed box at the v&a conspicuously located on the landing of the british gallery. the exterior exhibit highlights mccormick’s contemporary design ethos in the classically historic space, making it impossible to ignore. from within, it is a hybrid between an interactive reflection chamber and an artistic metaphor representing a skewed sense of scale and reality. more specifically, it is a designer’s interpretation of a suspended moment in time where visitors are caught in an avalanche and faced with a mindful revelation of their own mortality.

bamboo (竹) ring, or ‘take-wa 竹わ’, is an experiment in the concept of weaving, as explored by kengo kuma.

japanese architect kuma (founder of kengo kuma & associates) has most recently designed the v&a dundee, his first building in the uk, as well as the new national stadium for the tokyo 2020 olympics along with taisei corporation and azusa sekkei.

inspired by the john madejski garden and curated by clare farrow, the doughnut-shaped structure – like a nest or cocoon – has been created by weaving rings of bamboo and carbon fibre together. for kuma, working with ejiri structural engineers and the kengo kuma laboratory at the university of tokyo, the installation is an exploration of pliancy, precision, lightness and strength: by pulling two ends, it naturally de-forms and half of the woven structure is lifted into the air.

bamboo has been used traditionally in japanese architecture in part due to its linearity and flexibility, and as a symbol of strength and rapid growth. the basic component of the structure – a 2m-diameter ring – is made from strips of the bamboo phyllostachys edulis. by combining carbon fibre, a contemporary material, with the traditional material of bamboo and laminating each ring, the resulting effect achieves a certain rigidity while maintaining the unique material properties and beauty of bamboo – a remarkable, sustainable material that resonates with kuma’s childhood memories and looks into the future of architecture.

bamboo (竹) ring, or ‘take-wa 竹わ’, is intended to be a catalyst for weaving people and place together.

sam jacob is designing a new installation within the grand entrance to the v&a to highlight the need to rethink the global plastics system; to consider its full lifetime journey; and to design future-use into every product.

the installation for london design festival follows the recent announcement that sam jacob studio has been selected to transform the cromwell road entrance.

titled sea things, the concept will take the form of a large scale two-way mirrored cube suspended above visitors with an animated motion graphic internally reflected to an infinity that seems both as wide as the ocean and as large as the challenges we face. the project has an aim to evoke a powerful sense of emotion, so visitors come away feeling empowered with a better understanding of their role alongside technology and design to make the world a more sustainable place.

upon entering the space, the installation – which is both a digital and physical manifestation of the global single-use plastics crisis – has an intention to immediately impact visitors.

in addition, jacob has taken inspiration from the v&a’s ceramic galleries and will remake a selection of water vessels from the v&a’s collection. from recycling to experimental post plastic materials, the intervention will emphasize issues of value – the design of water vessels in global culture and history, along with the value of plastic itself – whilst demonstrating the potentials and opportunities for the future.

sam jacob says, “it’s fantastic to be able to work on such an urgent issue and to be able to draw both on the knowledge of the v&a and the global intelligence of sap. working between research on the immediate future but with roots in culture and history of design is an inspiring place for a designer to operate.”

the project aligns with sap’s ‘plastic cloud’ project, which leverages the power of technology to turn the tide on ocean plastics. the software giant is working with global partners to create the digital infrastructure that will improve the economics of the global plastics system and increase after-use value of plastics.

sir john sorrell, chairman of london design festival, invited leaders of london’s cultural institutions to collaborate with some of the world’s most prolific designers to create a ‘legacy’ piece of design – an object of personal or professional relevance to them.

each of the pieces – 10 in total – are beautifully crafted in american red oak, an exciting and sustainable hardwood species that grows abundantly in american forests, and will be fabricated at benchmark furniture in berkshire. nine of the pieces will be presented as a group exhibition at the v&a, after which they will relocate to the homes or institutions of each of the commissioners. the 10th piece, the nest, will be installed at the natural history museum.

“we called upon cultural leaders in london and asked if they would like to contribute to this thought-provoking project,” says sorrell. “we then invited some of the world’s top designers and were delighted when everybody immediately said yes.”

“ahec (american hardwood export council) is always pushing the boundaries for american hardwoods and we wanted to create a project that celebrates the use of red oak to demonstrate not just how beautiful it is for furniture making, but also to test the performance and quality of this abundant wood,” says david venables, european director of ahec. “it’s a fabulous project with incredible designers. we can’t wait to see what emerges from these unique collaborations.”

the 10 commissioners and designers are;

Dorothy's ruby slippers step out from US for first time for v&a exhibition.

dorothy’s ruby slippers step out from US for first time for V&A exhibition. lent to show on hollywood costume but has to be home for thanksgiving. via the guardian [RK] 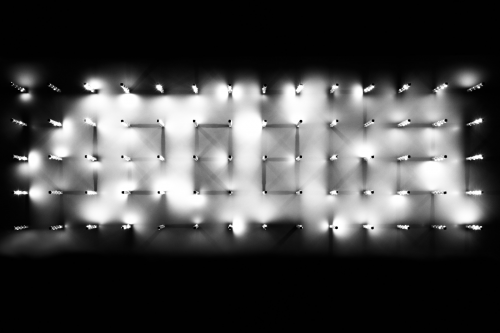 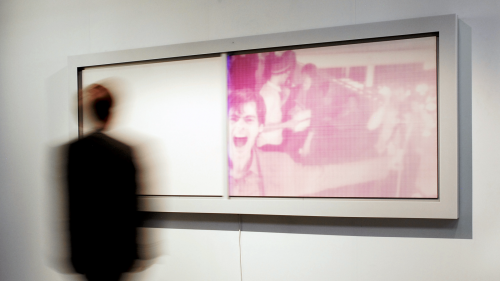 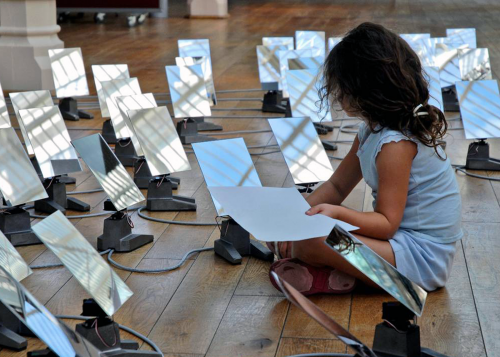 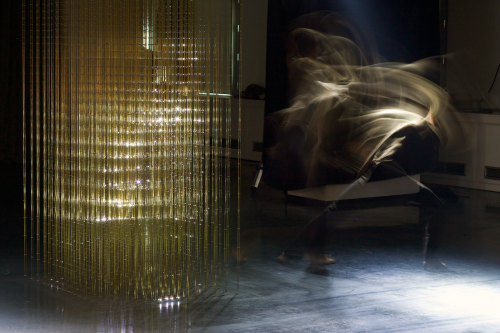 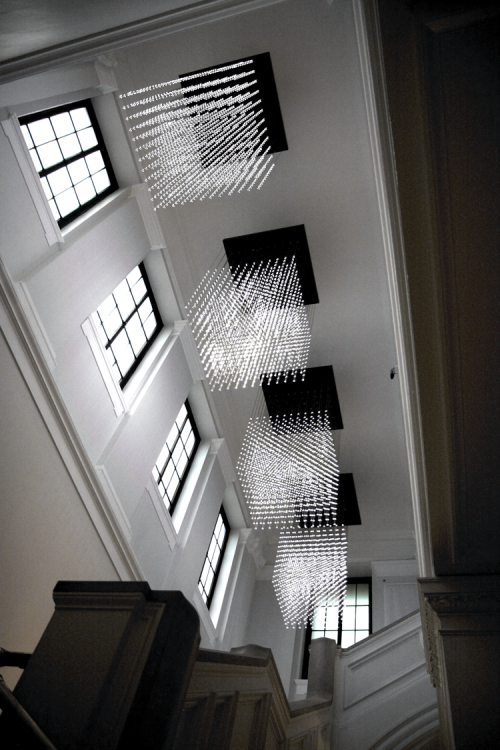