olafur eliasson returns to tate modern with this unmissable exhibition.

in eliasson’s captivating installations you become aware of your senses, people around you and the world beyond.

some artworks introduce natural phenomena such as rainbows to the gallery space. others use reflections and shadows to play with the way we perceive and interact with the world. many works result from the artist’s research into complex geometry, motion patterns, and his interest in color theory. all but one of the works have never been seen in the uk before.

within the exhibition will be an area which explores eliasson’s deep engagement with society and the environment. discover what an artist’s perspective can bring to issues of climate change, energy, migration as well as architecture. and once every other week you’ll be able to communicate with people from eliasson’s 100-strong team in his berlin studio via a live link.

the kitchen team at studio olafur eliasson will also create a special menu and program of related events for tate modern’s terrace bar, based on the organic, vegetarian and locally sourced food served in his berlin studio.

the exhibition will continue with a spectacular sculpture outside tate modern.

eliasson has a long relationship with tate modern. his glowing sun, the weather project, drew more than two million people to the turbine hall in 2003. more recently ice watch 2018 brought chunks of ice from greenland to london. this exhibition will provide another unforgettable experience for visitors of all ages.

sarah meyohas and samuel loncar will be in conversation with trevor paglen to celebrate the launch of meyohas’ exhibition catalog.

trevor paglen’s work deliberately blurs lines between science, contemporary art, journalism, and other disciplines to construct unfamiliar, yet meticulously researched ways to see and interpret the world around us. paglen’s visual work has been exhibited at the metropolitan museum of art, new york; the tate modern, london; the walker arts center, minneapolis; the andy warhol museum, pittsburgh; institute for contemporary art, philadelphia; the san francisco museum of modern art; massachusetts museum of contemporary art, north adams; the 2008 taipei biennial; the istanbul biennial 2009, and numerous other solo and group exhibitions.

samuel loncar is a philosopher, scholar, and writer whose work critiques the categories through which modernity interprets itself and develops a new theory of the nature, relationship, and potential of philosophy, religion, science, politics and art in the contemporary world. he specializes in modern german philosophy and religious thought, the history of philosophy, aesthetics, and theology, and theories of religion and the secular. he is completing a phd at yale university, is the editor-in-chief of the marginalia review of books (a channel of the los angeles review of books), and has recently finished his first book, the myth of the secular: martin heidegger, philosophy, and religion.

sarah meyohas (b. 1991, french-american) uses networks of information, power, value, and communication. meyohas has had solo exhibitions at independent régence in brussels, galerie pact in paris, and 303 in new york. her work has been included in shows at the museum of contemporary art detroit, the aperture foundation in new york, regen projects in los angeles. in 2015, she invented bitchcoin, her personal cryptocurrency.

meyohas holds a b.a. in international relations from the university of pennsylvania and a b.s. in finance from the wharton school, and in 2015 received an m.f.a. from yale university. she is based in new york and runs an eponymously named gallery, meyohas, in long island city. 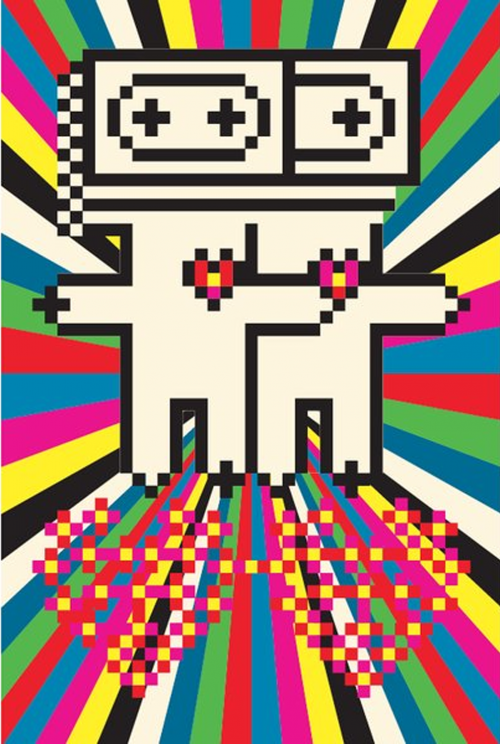 Gallery Libby Sellers is showing a series of hand woven carpet designs by the French art and design duo M/M (Paris). Each in an edition of 12 +2 APs, the four carpets act like a condensed catalogue – or Carpetalogue – for M/M’s practice. 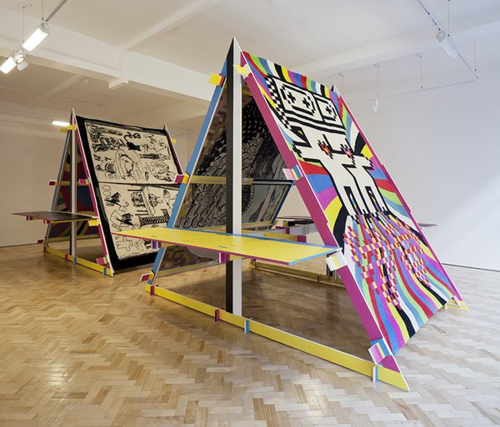 Michaël Amzalag and Mathias Augustyniak originally established M/M (Paris) as a graphic design studio in 1992. Their close associations with the music, fashion and art worlds have led to their becoming one of the most distinctive and acclaimed creative voices of their generation, within graphic design and beyond. Their longstanding creative clients and collaborators include fashion designers Yohji Yamamoto, Givenchy and Balenciaga; musicians such as Björk, Madonna, The Micronauts and Kanye West; and artists including Dominique Gonzalez-Foerster, Sarah Morris, and Philippe Parreno + Pierre Huyghe, with whom they also designed the Etienne Marcel Café in Paris in 2001. M/M’s work is held in the public collections of Tate Modern in London, the Stedelijk Museum, Amsterdam, the Centre Georges Pompidou and the Palais de Tokyo in Paris.

The gallery is also hosting a special M/M (Paris) pop-up shop stocking a curated selection of their other works, including their new book, M to M of M/M (Paris), written by Emily King, designed by Graphic Thought Facility, with a foreword by Hans Ulrich Obrist and published by Thames & Hudson. We are one of the few stockists of this book right now, so best place your orders early.