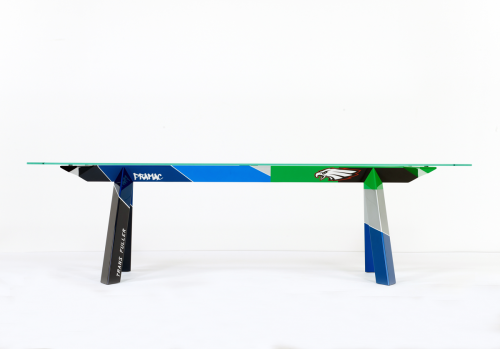 Design Miami/ have compiled a “Top Picks” of Design Miami/ 2011, selected by interested and informed tastemakers, collectors and academics. 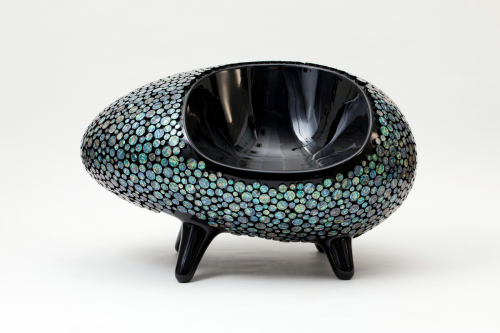 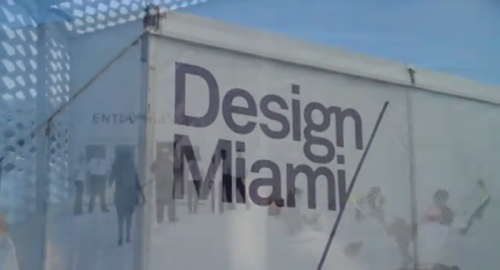 Celebrating its seventh edition, Design Miami/ , the Global Forum for Design, will return November 30-December 4, 2011, in a custom-designed structure adjacent to sister fair Art Basel Miami Beach. This year’s expanded program will see many of the world’s most prestigious galleries showcase important 20th and 21st century design, along with new works commissioned for the fair. Many works on display directly crossover with pieces on view in major museum shows in both 2011 and 2012.

Established in 2004 by Loic Le Gaillard and Julien Lombrail, [ Carpenters Workshop Gallery ], based in London and Paris. In Miami the gallery introduces Dutch designer Frederik Molenschot. “Citylight Chandelier” a large-scale piece is made up over 136 cast bronze lights running on 25 meters of bronze arms and is 100% handmade. Also “You Fade to Light,” a light installation by rAndom International. 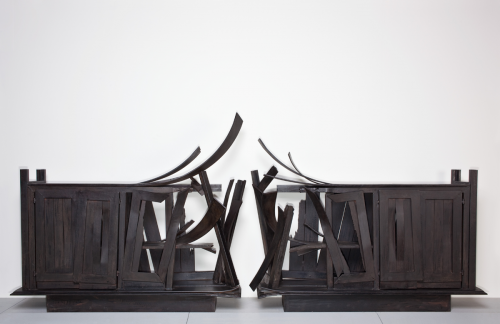 Based in Copenhagen and Paris, [ Dansk Møbelkunst Gallery ] specializes is a leading authority in rare, original works of Danish furniture that were created from 1920 to 1970. In Miami, the gallery will showcase rare works by Poul Kjærholm, Arne Jacobsen, Axel Salto, Martin Olsen and Poul Henningsen, among others.

[ Demisch Danant ] specializes in 20th century European design – with an emphasis on the late 1950s to the 1980s. For Design Miami/ 2011, Demisch Danant will present a solo exhibition of important works by the late, seminal French designer Pierre Paulin.

[ Galerie kreo ] collaborates extensively with leading contemporary designers on limited-edition pieces, which have become part of the permanent collections of the most important private collections and museums in the world. At Design Miami/, Galerie kreo will present new works by Ronan + Erwan Bouroullec, Martin Szekely, Wieki Somers, Pierre Charpin, and Konstantin Grcic. 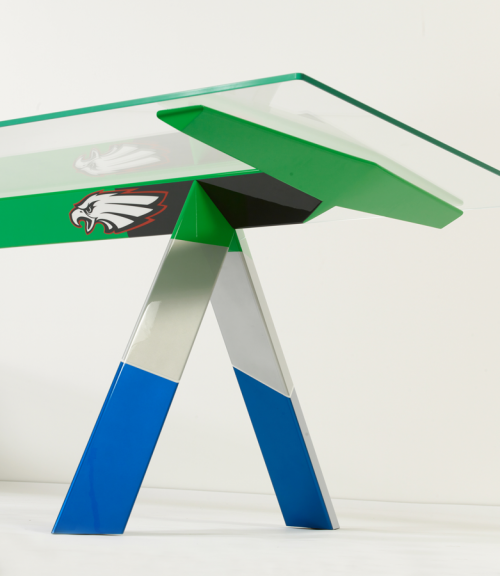 Established in 1999, Rotterdam-based [ Galerie VIVID ] was among the first galleries to showcase contemporary design within the larger context of design and art. At Design Miami/, the gallery will present “Containers II” by Studio Job in collaboration with Belgian crystal producer Val Saint Lambert. 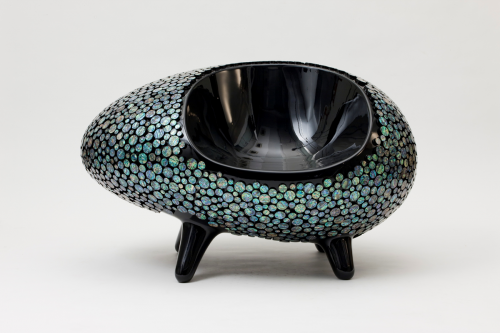 [ Hostler Burrows ], formerly Antik, specializes in design and decorative arts of Scandinavia from 1920 to 1960, with special emphasis on studio ceramics and architect-designed furniture. At Design Miami/, Hostler Burrows will unveil work from 1920-2011 including Charles de Lisle, George Nakashima, Vladimir Kagan and Finn Juhl, among others.

[ Modernity ] specializes in vintage 20th century furniture, lighting, ceramics and glass. In Miami, Modernity will mount a solo exhibition of work by Hong-Kong based designer Michael Young. The 20 pieces on display will be shown for the first time outside of China. *First time exhibitor

Since 1994, [ moss ] has contributed to the evolving dialogue between industrial design and studio art at its gallery in New York. Returning to Design Miami/, the gallery presents a solo exhibition of computer-generated production work by Dr. Haresh Lalvani – architect, sculptor, inventor, morphologist and Professor of Architecture at Pratt Institute.

[ Todd Merrill ] Antiques & Twentieth Century, located in New York City, is known for a mix of the best of the post-war period in American studio and custom furniture, as well as European furniture and lighting. For Design Miami/ 2011, the gallery will present Jeanne Quinn, Katsuyo Aoki, Harry Bertoia, Paul Evans and Yard Sale Project.

[ Design On/Site Program ]
The showcase for small-scale yet high level exhibitions of new work by individual designers or studios, will give a strong presence to designers not represented in the general gallery program. The galleries:

London-based [ Established & Sons ] will present an exhibition of work by the design duo BarberOsgerby.

[ Industry Gallery ], focusing exclusively on 21st century design with galleries in Washington and Los Angeles, presents new and innovative works with the use of modern industrial materials. At Design Miami/, the gallery will feature Tom Price and the Meltdown series constructed from manipulation of polypropolene tubing.

[ Priveekollektie Contemporary Art | Design ] represents both recognized and emerging artists and designers. Based in Heusden, The Netherlands, the gallery was founded in 2006 by Irving and Miriam van Dijk.

[ Venice Projects] offers internationally renowned designers the opportunity to express their creativity through a new medium: glass. In Miami, the gallery will present a solo show on Patricia Urquiola and her ALL AMBIQ series constructed from Murano glass.