above > traffic jam (order of importance)

the beach has been a symbol of leisure and prosperity for so many years, and in particular for miami but now there is a frontline feeling about the beach. it has become a different kind of stage. ~ leandro erlich 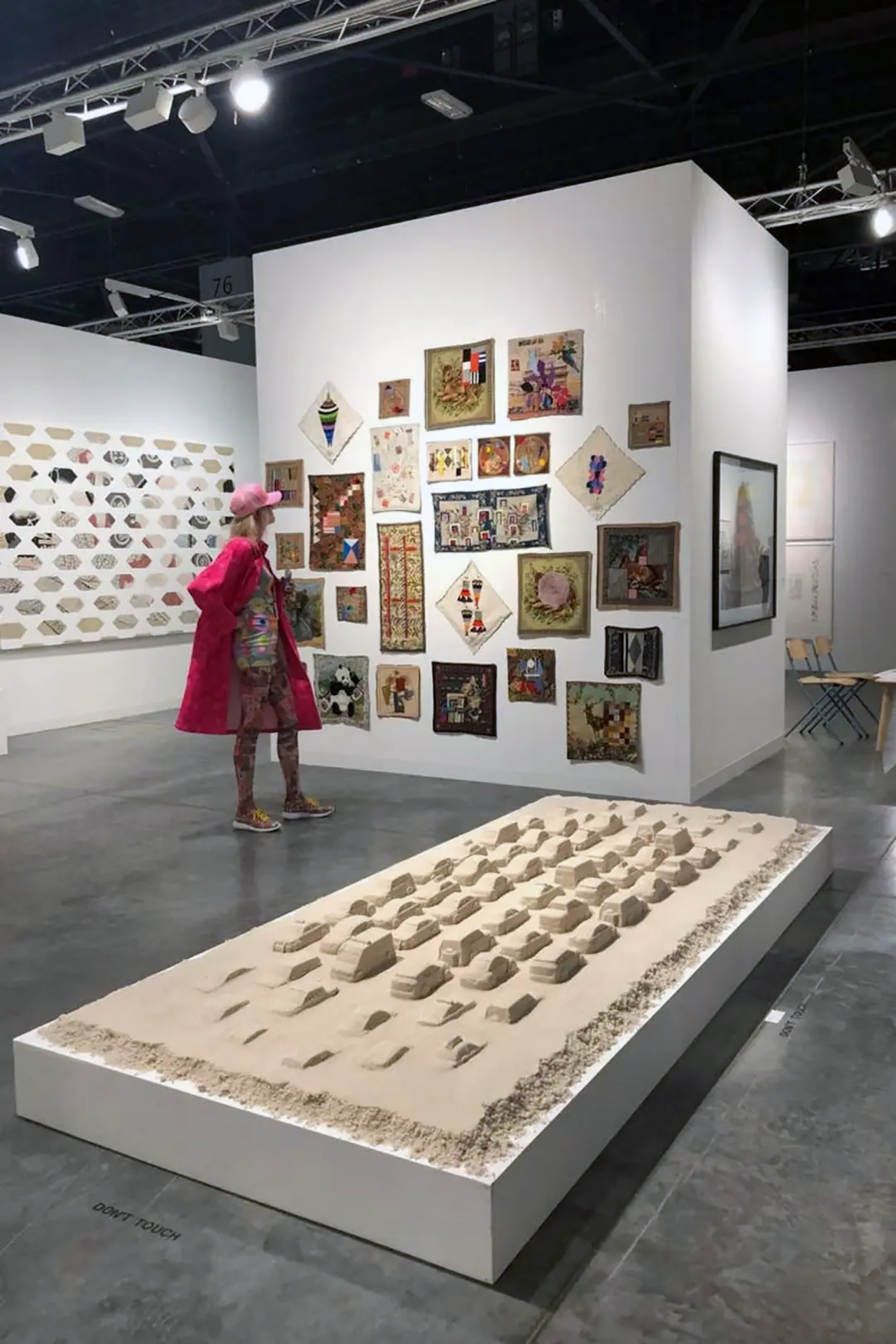 last year at art basel 2018 in ruth benzacar‘s booth (above) a maquette of buenos aires artist leandro erlich was shown for $18,000. titled ‘traffic jam (order of importance) – the art is a miami beach-appropriate installation where cars, suv’s, taxis, etc., are moulded in sand – actually a mix of sand three types of salt which form a hardened crust. the vehicles seem to rise from nowhere, form a traffic jam, and then fade away. 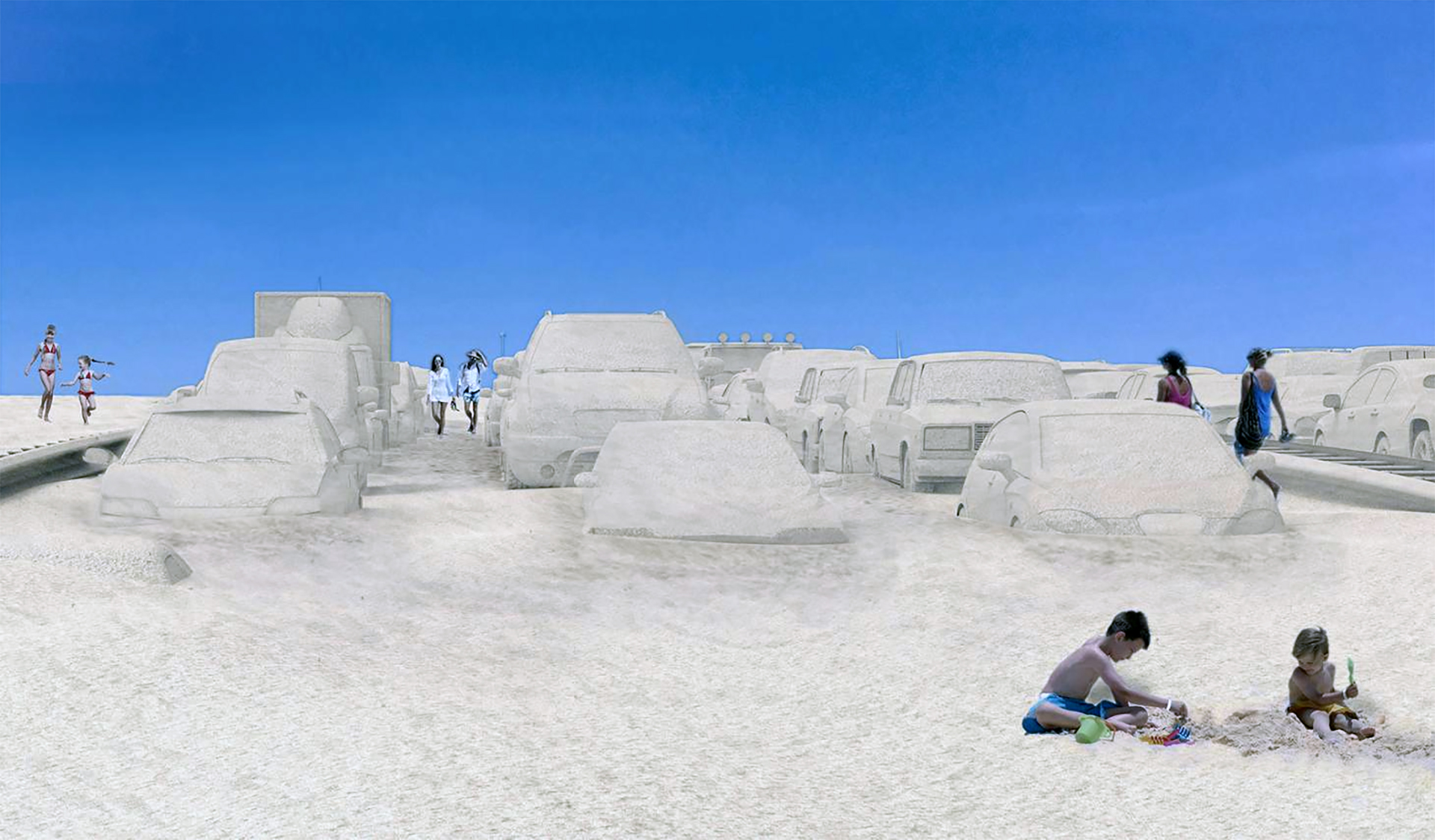 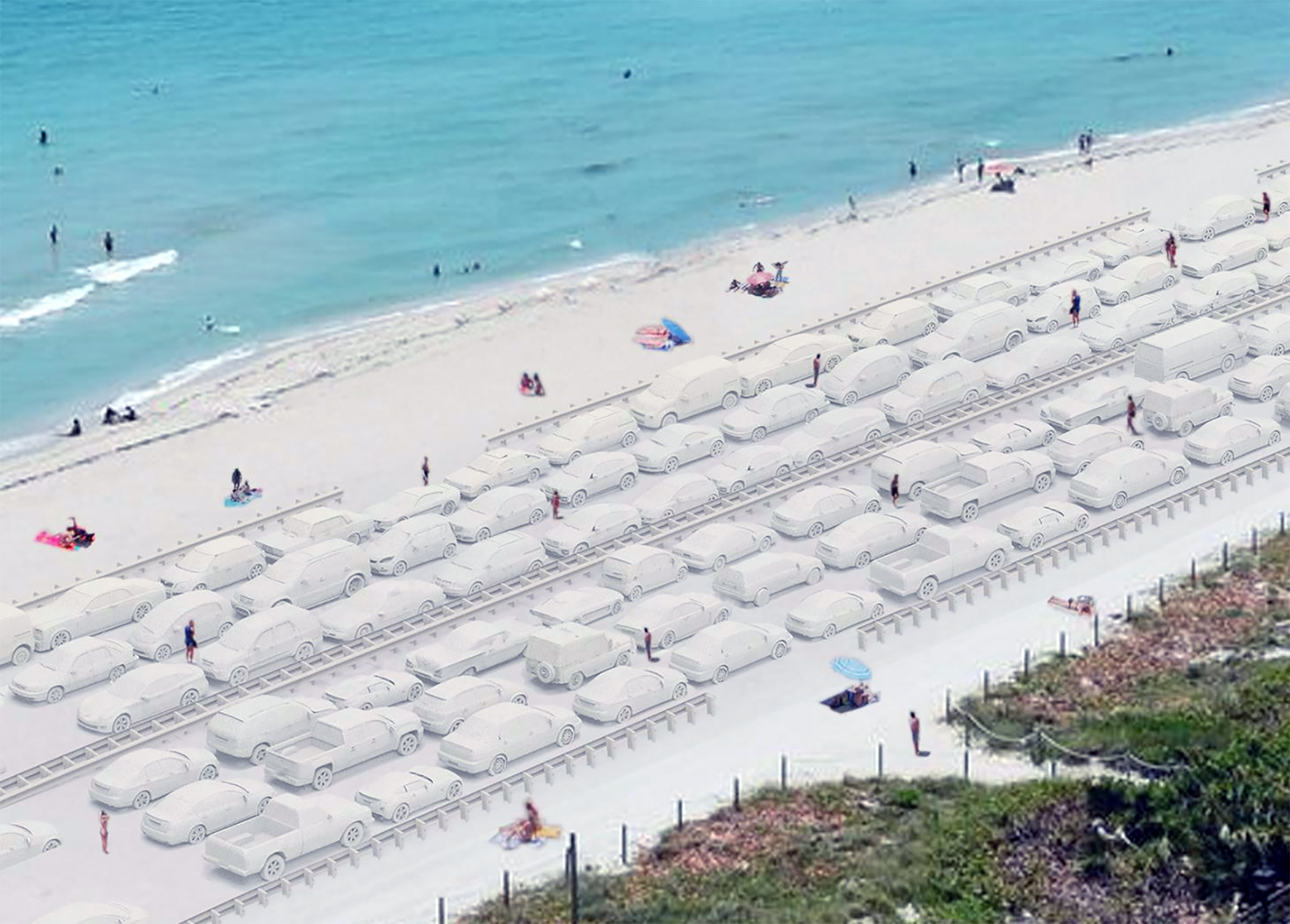 erlich has a reputation for whimsical perception-bending optical-illusions. this 2018 maquette became the concept presented to the city of miami that will be shown life-size on miami beach during art basel 2019. the city has contributed $300,000 towards his most monumental work. the work will have a life of just fifteen days. but…there may be more to this concept though details are not fully available at this writing. possibly, this concept may become an off-shore reef. the reasoning comes from erlich’s interest in climate change and all that threatens humans, animals, architecture, and civilization.

his first climate related work was for the 2015 climate change summit in paris, maison fond. to evoke global warming his installation was an image of a building melting: the ground floor of this small parisian building has already almost completely disappeared. 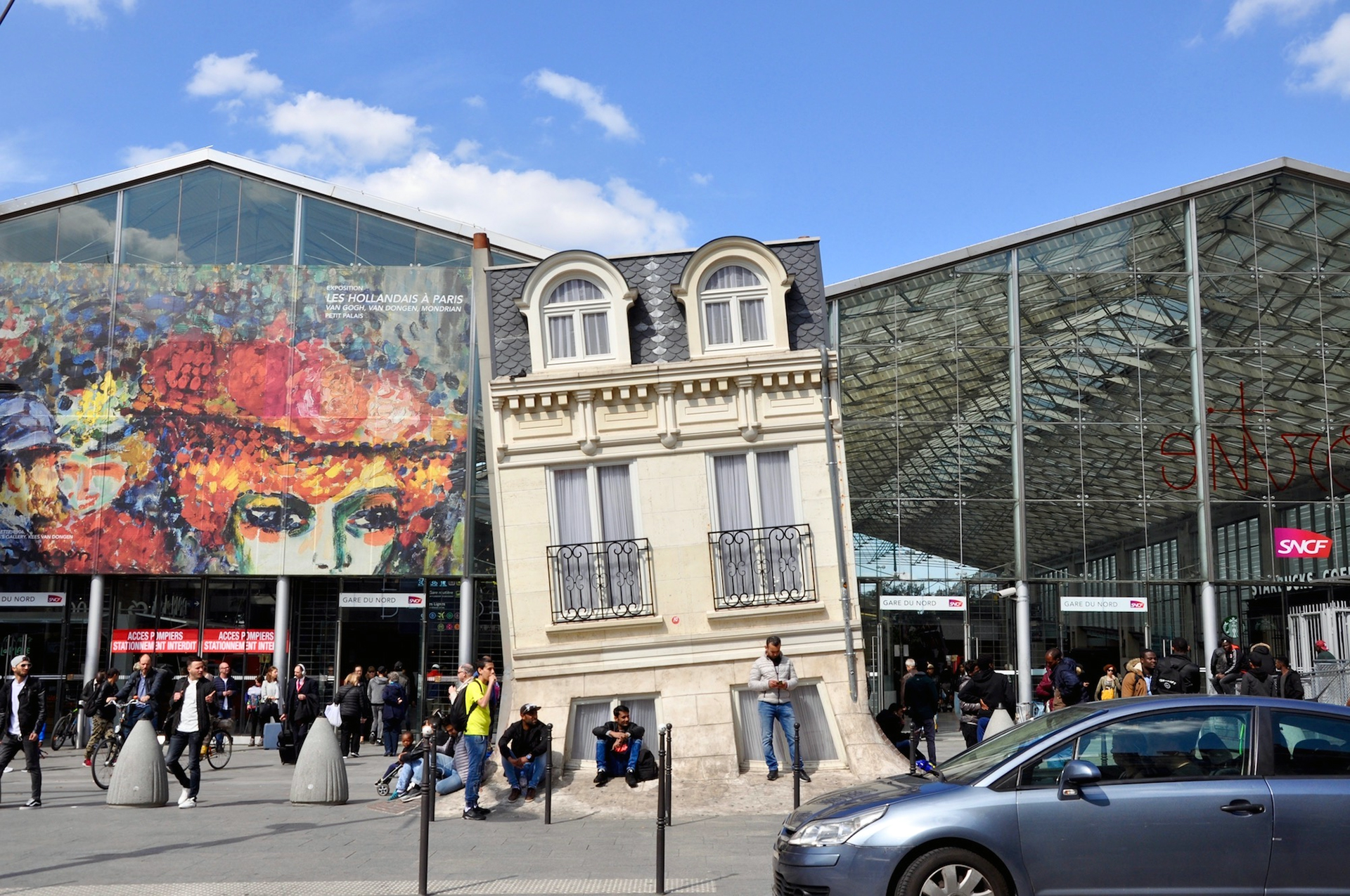 and the world’s coral reefs are dying. this artificial structure (traffic jam) could both be a symbol as well as an artful prototype.

“the beach has been a symbol of leisure and prosperity for so many years, and in particular for miami,” says erlich. ‘but now there is a frontline feeling about the beach. it has become a different kind of stage.” 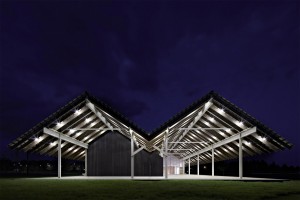 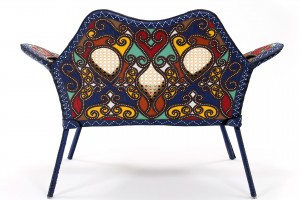 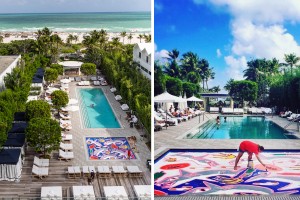