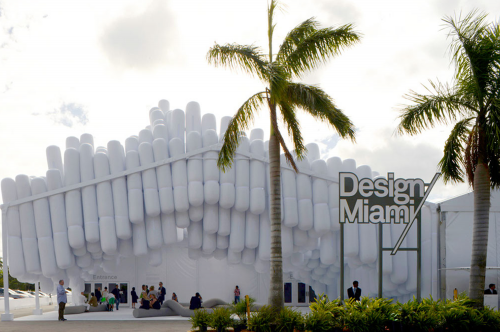 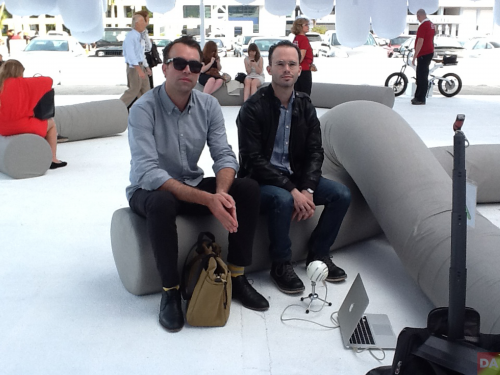 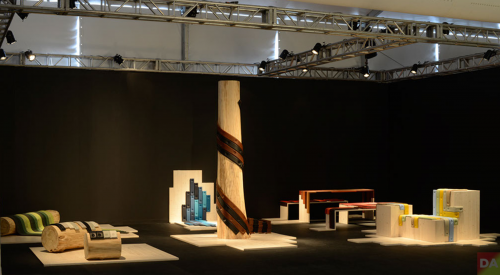 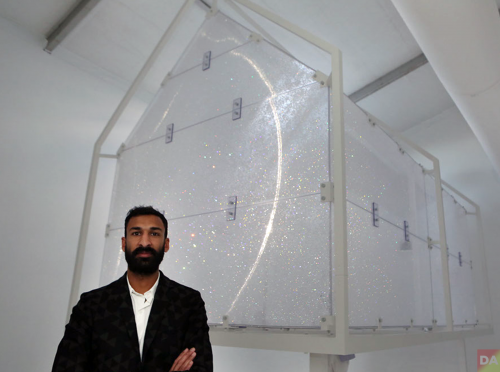 we chat with asif. “this exercise is a bit different in that we attempt, and succeed, to reproduce a natural phenomenom.” 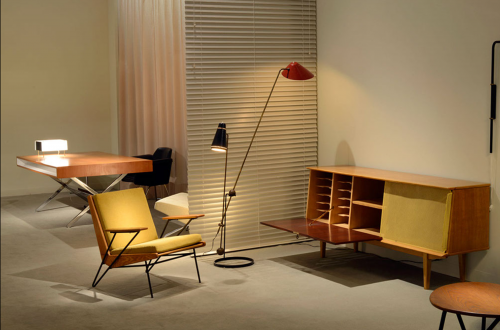 [ demisch danant ] For Design Miami 2012, the gallery presented the first show focused entirely on the works of French designer Pierre Guariche (1926–1995). Displayed in two sections, this exhibition presents rare and significant works of 1950–1955 and 1958–1962, to highlight two distinct periods of the designer’s illustrious career. 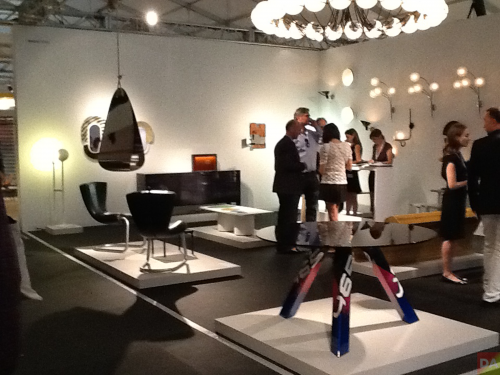 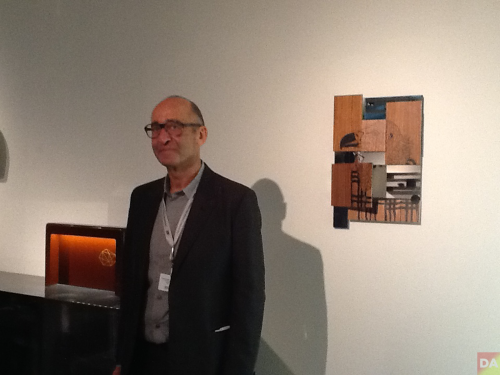 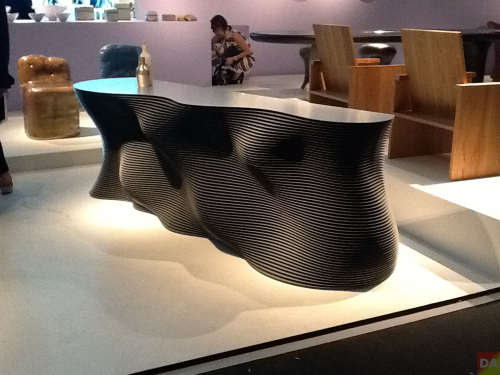 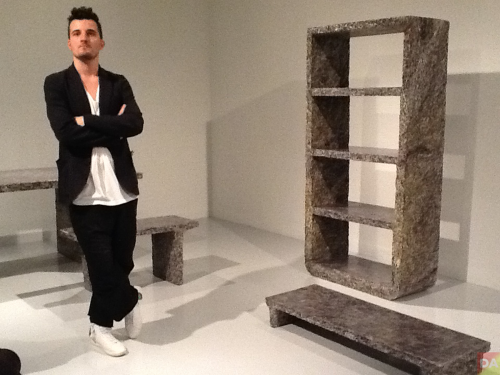 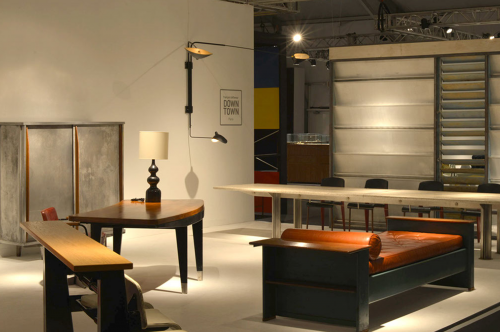 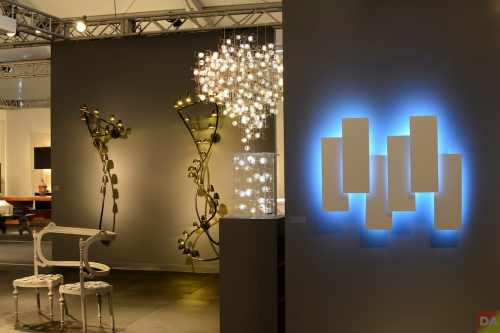 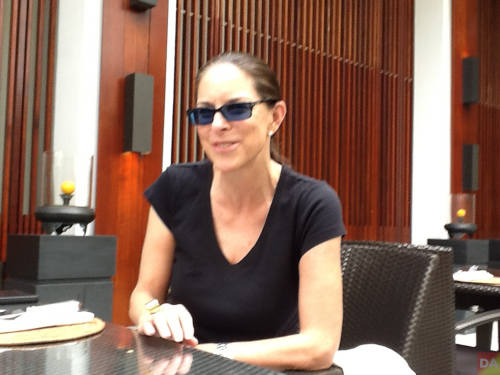 forthcoming ‘crack of dawn’ interview at satai with johanna grawunder 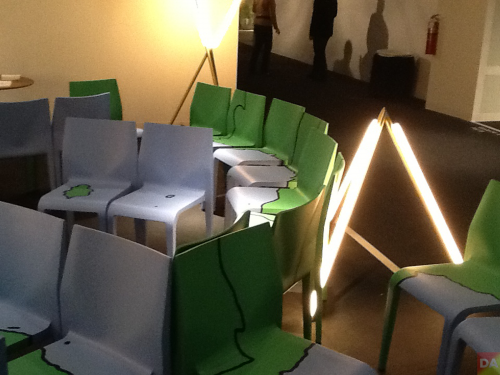 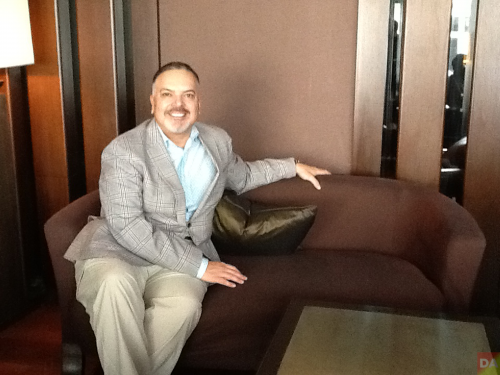 forthcoming ‘mid-crack of dawn’ interview at satai with henry munoz

Henry R. Muñoz III, a San Antonio-based designer and social activist creates Mestizo City, a 6,700 square-foot site-specific installation. A playful interactive public space, created to represent the vibrant and varied Latino culture and its growing influence in the United States. Created for the Miami Design District during Art Basel Miami Beach 2012, Mestizo City will be on view and open to the public. 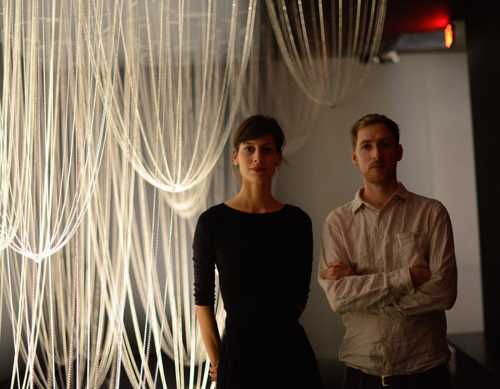 The construction is made with weighted, beaded strings that hang to form curves. The technique used is an ode to Spanish Art Nouveau architect Antoni Gaudi in designing his Sagrada Familia church in Barcelona. The concept embodies five characteristics of Art Nouveau: The Perfect Curve, Reflection, Timelessness, Organic forms and Craftsmanship. [ perrier-jouët ] is a first-time exhibitor and exclusive champagne partner. 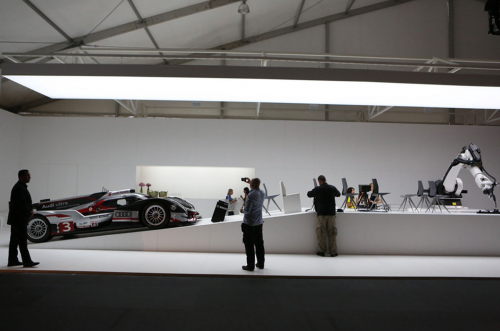 the ‘architecture for dogs’ installation offers an interesting opportunity to explore architecture in a different way. the audi ‘r18 ultra chair’ project offers an ultra interesting opportunity to explore chairs in a ultra different way. audi uses technology from their le mans winning r18 racecar, 25 iterations of computer and cardboard models, public beta testing at milan 2012 (we tested it), a borrowed industrial robot from their production line, and incorporates folded sheet aluminum with the latest carbon composite materials used directly from the r18 racecar to make an ultra light and extremely durable [ r18 ultra chair ]. both examples remind us that innovation from concept thru execution can be so different yet so similar and mutually inspirational.

official (edited) release just in > The eighth edition of Design Miami/ saw record attendance and robust sales throughout its six-day run in Miami from December 4-9, 2012. Thirty-six of the world’s leading galleries presented contemporary and historic design, which sold well among the 31,000 design collectors and enthusiasts who attended the fair.

“Design Miami/ 2012 has been our most important fair in Miami to date in terms of program, exposure and attendance,” says Marianne Goebl, director of Design Miami/. “With a 25% increase in the number of participating galleries, exceptional site-specific design collaborations and a strong educational program of talks, tours and online presence, we continue to expand our cross-disciplinary approach to design at the intersection of culture and commerce.”

This year, visitors to Design Miami/ were welcomed by Drift, a pavilion created by New Yorkbased collaborative studio Snarkitecture at the entrance to the fair tent located next to the Miami Convention Center. A floating environment comprised of massive inflatable tubes was visible from a distance of several blocks.

The Miami Design District played host to several of the Design Miami/ Design Satellites, unique exhibitions with strong curatorial and educational perspectives, including Architecture for Dogs, curated by Kenya Hara, and an exhibition by Acconci Studio, Design Miami’s Designer of the Year 2012.

Design Miami/ enjoyed its strongest online presence to date with record social media activation. Thousands of people followed the show unfold on Design Log, Design Miami’s blog while Art.sy, the digital partner of the fair, created for the first time a digital experience to discover the work from the participating galleries online. Design Miami/ 2012 on Art.sy will be on view for the next week for those who missed attending the fair.

Tours by the Cooper-Hewitt National Design Museum, an ARTBOOK – Cooper Hewitt shop featuring collectible books and objects related to the exhibition program of Design Miami/, a bespoke scent by 12.29 New York I Paris, the Collectors Lounge hosted by Regalia and designed by Cassina and a Pop-Up Café by Michael’s Genuine Food and Drink rounded out
this year’s visitor experience.

[ about design miami/ ]
Design Miami/ is the global forum for design. Each fair brings together the most influential collectors, gallerists, designers, curators and critics from around the world in celebration of design culture and commerce. Occurring alongside the Art Basel fairs in Miami, USA each December and Basel, Switzerland each June, Design Miami/ has become the premier venue for collecting, exhibiting, discussing and creating collectible design. [ design miami/ ] [ design log ]

audi celebrates its 10th anniversary at design miami with human since 1982.

audi’s presence at design miami is all about electrification, aerodynamics and renewables.