Bloomingdale’s and Alessi to host an event during the upcoming International Home + Housewares Show featuring the “Shades of Blue” line which includes the exclusive and limited edition in blue of ‘Mediterraneo’ basket designed by LPWK-Emma Silvestris. Matteo Alessi, International Sales and Development Director for Alessi will be present to greet guests and sign any Alessi products that are purchased that day. In addition, Alessi’s numerous vases will be displayed throughout the store filled with vibrant floral arrangements provided by renowned floral designer, Michael Gaffney.

Matteo Alessi joined the company in January 2005 as the managing director for Alessi UK and is now International Sales and Development Director for Alessi Europe and U.S.A. He believes passion, not succession, is the key to a successful family business.

[ alessi ] With a vast product line that includes everything from an iconic, whistling teakettle to a designer flyswatter, the Alessi company, founded in 1921 by Giovanni Alessi, has long been at the forefront of innovative and inspired product design. The company has created a dynasty out of not only offering products geared towards the mainstream – serving trays and everyday cutlery among them – but by also creating some of the most celebrated cult objects of our time. For more information, please visit and www.facebook.com/AlessiOfficialPage.

[ bloomingdale’s ] is America’s only nationwide, full-line, upscale department store and a division of Macy’s, Inc. It was founded in 1872 and currently operates 37 Bloomingdale’s stores and 13 Bloomingdale’s, The Outlet Stores in New York, New Jersey, Massachusetts, Pennsylvania, Maryland, Virginia, Illinois, Georgia, Florida, New Hampshire, California, and Texas. In addition, Bloomingdale’s has an international presence with a location in Dubai. 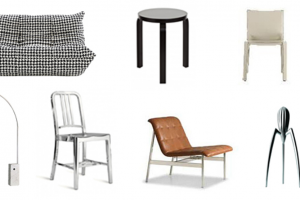