After quite a bit of tweaks, good and bad press the FDA finally blessed the Tesla in January 2008 and this red (green) car can go on sale. The car won’t solve the world problems, at least not this particular car — $100K — but it is a start.

Tesla is probably doing it right as they are a small company. Start with a small luxury — sport market and then move to the mass market. The big auto makers will probably beat them to a mass market electric.

Tesla says it’ll churn out 40 of the $100,000 cars per week. So put your name on the list. And there may be perks down the road too. In Norway if you drive an electric car you can drive in bux/taxi lanes, get free pass in toll booths, have parking near the entrance of large stores.

Interestingly at $100K this one is actually cheaper than most low end luxury cars.

Performance
How powerful is the acceleration? A quick story to illustrate. A favorite trick at Tesla Motors is to invite a passenger along and ask him to turn on the radio. At the precise moment we ask, we accelerate. The passenger simply can’t sit forward enough to reach the dials. But who needs music when you’re experiencing such a symphony of motion.

Rest assured that this responsiveness works at all speeds, as noticeable when you’re inching your way through parking lots as when flying along freeways.

100% Torque, 100% of the Time
The Tesla Roadster delivers full availability of performance every moment you are in the car, even while at a stoplight. Its peak torque begins at 0 rpm and stays powerful at 13,000 rpm.

How It Works
When you build a car that’s electric, you start with one built-in advantage: Electric cars just don’t have to be as complex mechanically as the car you’re probably driving now. Sophisticated electronics and software take the place of the pounds and pounds of machinery required to introduce a spark and ignite the fuel that powers an internal combustion engine.

For example, the typical four-cylinder engine of a conventional car comprises over a hundred moving parts. By comparison, the motor of the Tesla Roadster has just one: the rotor. So there’s less weight to drive around and fewer parts that could break or wear down over time.

But the comparison doesn’t end with the counting of moving parts. The engine and transmission of a conventional car also need lubricating oils, filters, coolant, clutches, spark plugs and wires, a PCV valve, oxygen sensors, a timing belt, a fan belt, a water pump and hoses, a catalytic converter, and a muffler — all items requiring service, and all items that aren’t needed in an electric car.

The Tesla Roadster’s elegantly designed powertrain consists of just the four main components discussed below. Mind you, these aren’t “off-the-shelf” components, and each includes innovations, both small and large. But when you build a car from the ground up, you have the luxury of questioning every assumption — and to distill as you reinvent.

The Energy Storage System (ESS)
When we set out to build a high-performance electric car, the biggest challenge was obvious from the start: the battery. Its complexities are clear: it’s heavy, expensive, and offers limited power and range. Yet it has one quality that eclipses these disadvantages and motivated us to keep working tirelessly: it’s clean.

The Tesla Roadster’s battery pack—the car’s “fuel tank”—represents the biggest innovation in the Tesla Roadster and is one of the largest and most advanced battery packs in the world. We’ve combined basic proven lithium ion battery technology with our own unique battery pack design to provide multiple layers of safety. It’s light, durable, recyclable, and it is capable of delivering enough power to accelerate the Tesla Roadster from 0 to 60 mph in under 4 seconds. Meanwhile, the battery stores enough energy for the vehicle to travel about 220 miles without recharging, something no other production electric vehicle in history can claim.

Motor
Some people find it hard to imagine our car’s Lamborghini-beating acceleration comes from a motor about the size of a watermelon. And while most car engines have to be moved with winches or forklifts, ours weighs about 115 pounds — a strong person could carry it around in a backpack (although we don’t recommend it). Compare that to the mass of machinery under the hood of $300,000 supercars that still can’t accelerate as quickly as the Tesla Roadster.

But more important than the motor’s size or weight is its efficency. Without proper efficiency, a motor will convert electrical energy into heat instead of rotational energy. So we designed our motor to have efficiencies of 85 to 95 percent; this way the precious stored energy of the battery pack ends up propelling you down the road instead of just heating up the trunk.

Transmission
Our transmission couples the fuel efficiency of a manual with the driving ease of an automatic. The Tesla Roadster has only two forward gears, allowing you to fine-tune your driving experience (but either gear will work for most driving scenarios). Unlike a manual transmission, the car will not stall if you have it in the wrong gear. There’s also no clutch pedal. Just move the lever and the electronic control module takes care of the shift, so you can launch from a full stop to freeway speed without taking your focus off the road, your foot off the accelerator, or your hands off the wheel.

Power Electronics Module (PEM)
Most of the subsystems in the Tesla Roadster are completely electronic and under direct software control. But unlike all other cars, these systems are not a hodge-podge of independent systems — instead, they are designed as an integrated system, the way complex network and computer systems are designed today.

You’ll see the hub of this network every time you pop the trunk — the Power Electronics Module. When you shift gears or accelerate in the Tesla Roadster, the PEM translates your commands into precisely timed voltages, telling the motor to respond with the proper speed and direction of rotation. The PEM also controls motor torque, charging, and regenerative braking, and it monitors things like the voltage delivered by the ESS, the speed of rotation of the motor, and the temperatures of the motor and power electronics.

Recycling the battery (ESS)
There are questions if the battery is toxic and can it be safely disposed. The company claims at present that yes, it should be 60% recyclable and reuse a further 10%. They are hoping too that there won’t be a need to recyclce for many years and technology and disposal methods will only improve.

tesla takes more than 500 model s reservations in a week. 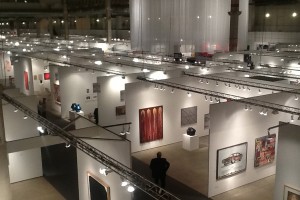