[ luminaire ] continues its commitment to viscerally connecting the public with contemporary design by hosting muti-disciplinary italian architect and designer antonio citterio for a lecture and exhibition in chicago. on tuesday, june 13th, citterio will present a lecture at the museum of contemporary art chicago which will be followed by an opening reception for the inauguration of a month-long exhibition of the designer’s work at luminaire chicago showroom. aiming to uncover the connective stories between process, product, and design, the exhibition will feature iconic pieces designed by antonio citterio for renowned brands b&b italia, vitra, and flos.

antonio citterio’s design philosophy has always been focused on a method, not a style. the metamorphosis of an idea or an intention, into a project or a product, takes place by means of the alchemy that is the relationship between him as an architect/designer and the client. his all-encompassing design sensibility is reminiscent of the total environments created by arne jacobsen. a proponent of rational design, citterio has produced truly innovative furniture design while paying homage to inﬂuences such as eileen gray, charles and ray eames, and george nelson. winner of the compasso d’oro award in 1987 and 1995, his products are part of the moma permanent collection in new york and the centre pompidou in paris.

the month-long exhibition showcases a curated selection of citterio’s iconic designs for an array of manufacturers. included in the installation is the mart lounge chair (b&b italia, 2003), charles sofa (b&b italia, 1997), ac4 task chairs (vitra, 2008), grand repos armchair (vitra, 2011), kelvin led lighting (flos, 2009), a.b.c. lounge chair (flexform, 1996), citterio e bathroom fixtures (axor, 2014), battista trolley (kartell, 1991), and design-focused gym equipment from technogym. throughout the showroom, additional products by citterio will be on display. the exhibition will also display multi-media presentations that share the stories and methods behind the featured products. these visual aids will additionally showcase the designer’s architectural works from around the globe which compliment and enrich the storytelling experience of the exhibition.

luminaire has shared citterio’s unique insights about architecture and design with audiences in both miami and chicago on several occasions throughout the years. in june 2004, luminaire was the ﬁrst to present citterio’s stunning new lighting collection for flos. he also discussed his architecture and design projects at the opening of luminaire’s superior street location in chicago in november 1992, and luminaire welcomed antonio citterio and terry dwan as guests of honor at “milan in miami,” an evening gala and exhibit that celebrated luminaire’s 21st anniversary in june 1995.

to help luminaire in the quest for ﬁghting cancer, citterio also participated in puppylove 2006, transforming a 3d white plastic puppy designed by eero aarnio in a fuschia-colored, curly-tailed gift of love that was sold at auction to raise funds for the university of miami’s sylvester comprehensive cancer research center. in 2008, citterio celebrated the magical properties of paper with luminaire, creating in-out,’ a simple yet eye-catching single piece of white paper with four neat columns of pyramids spread across the white page and ﬁve rows leading down. a simple concept, but intriguing enough to explore for hours. ‘in-out’ was auctioned to raise funds for cancer research during the exhibition paperlove.

2017 marks the 20th anniversary of antonio citterio’s iconic creation for b&b italia, the charles sofa. 20 years on from its debut, charles remains a reference model in the world of design worldwide. 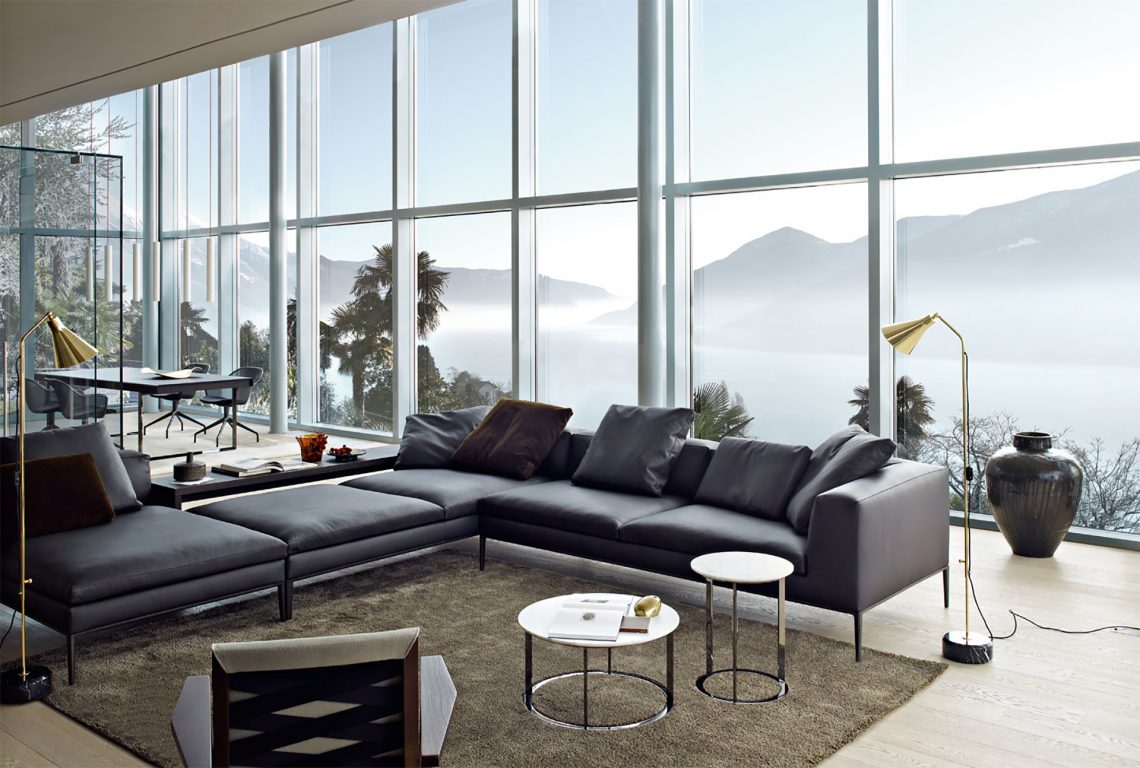 during neocon week, luminaire will also unveil the newest lighting installation by the creative director of bocci, omer arbel. a cluster of sculptural lighting consisting of 61 pendants of bocci 87 series creating a matrix of stretched and folded glass and trapped air that give the piece a pearlescent optical quality. the bocci 87 was recently debuted at euroluce during milan design week. luminaire believes that design is a language, and as such has the power to transform lives. part of our fundamental value is to spread our passion for design through education, and we are honored to strengthen design awareness through Antonio Citterio’s creative process. 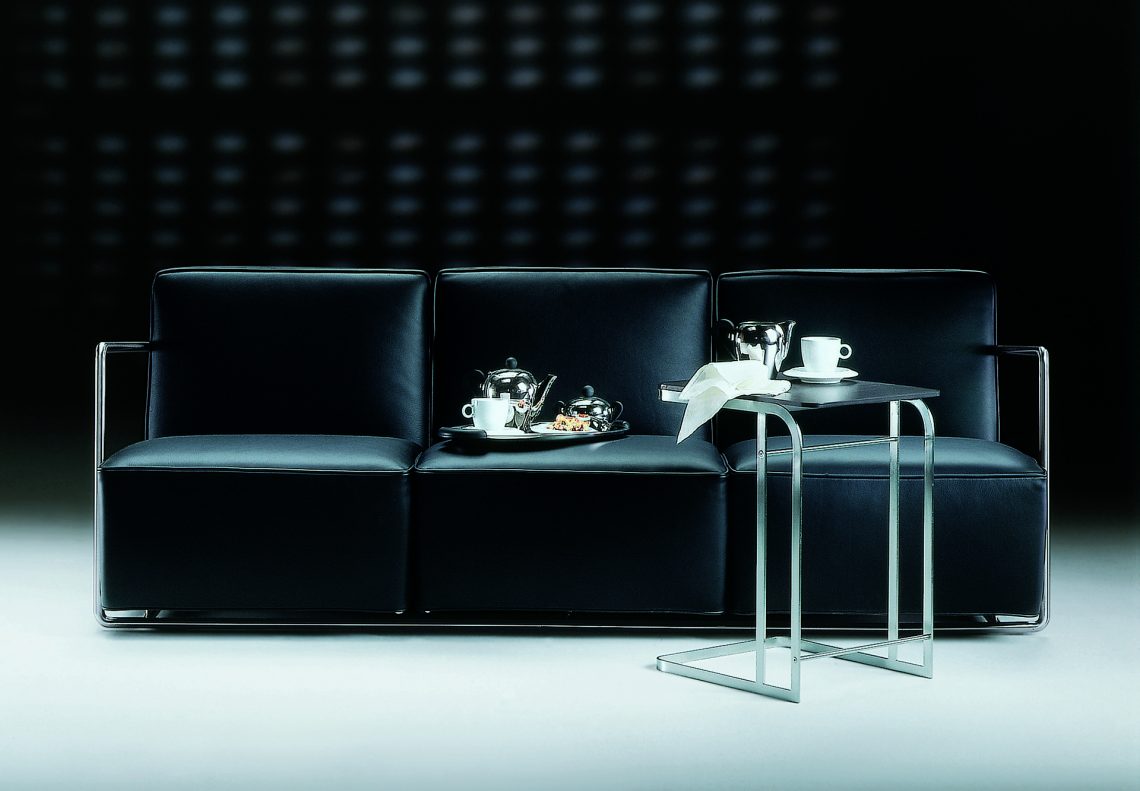 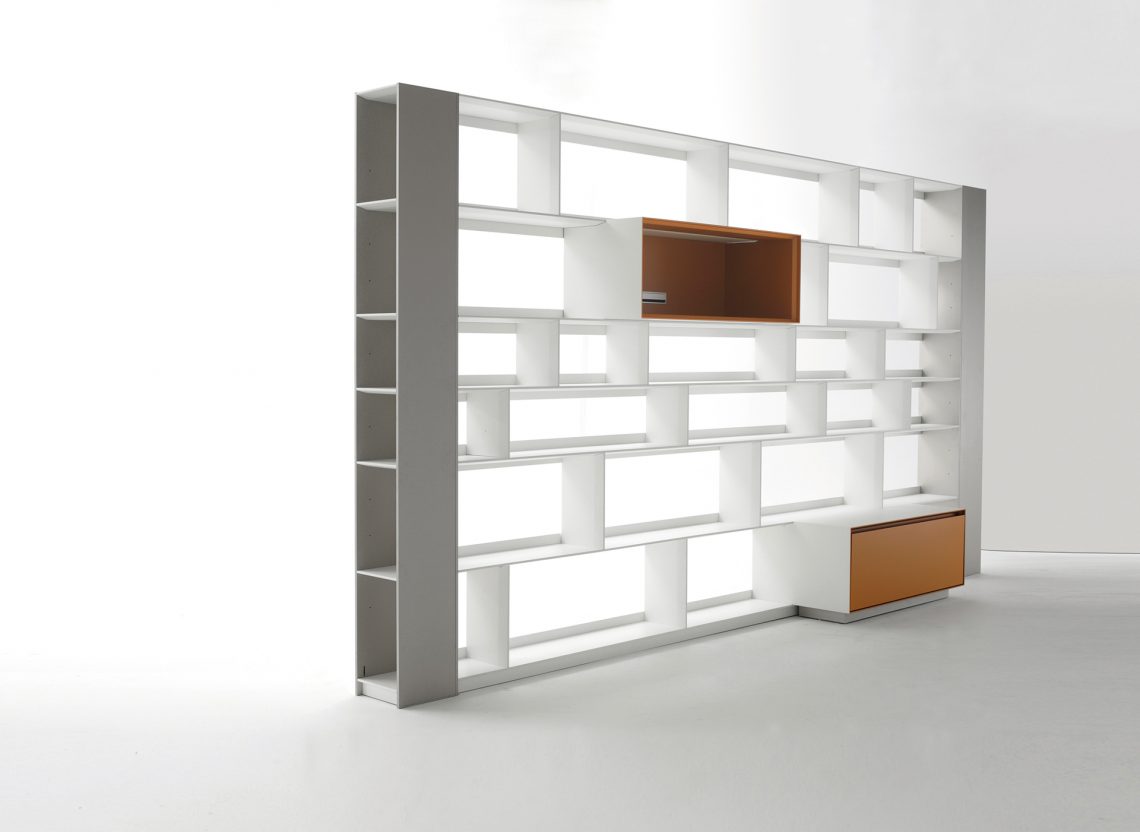 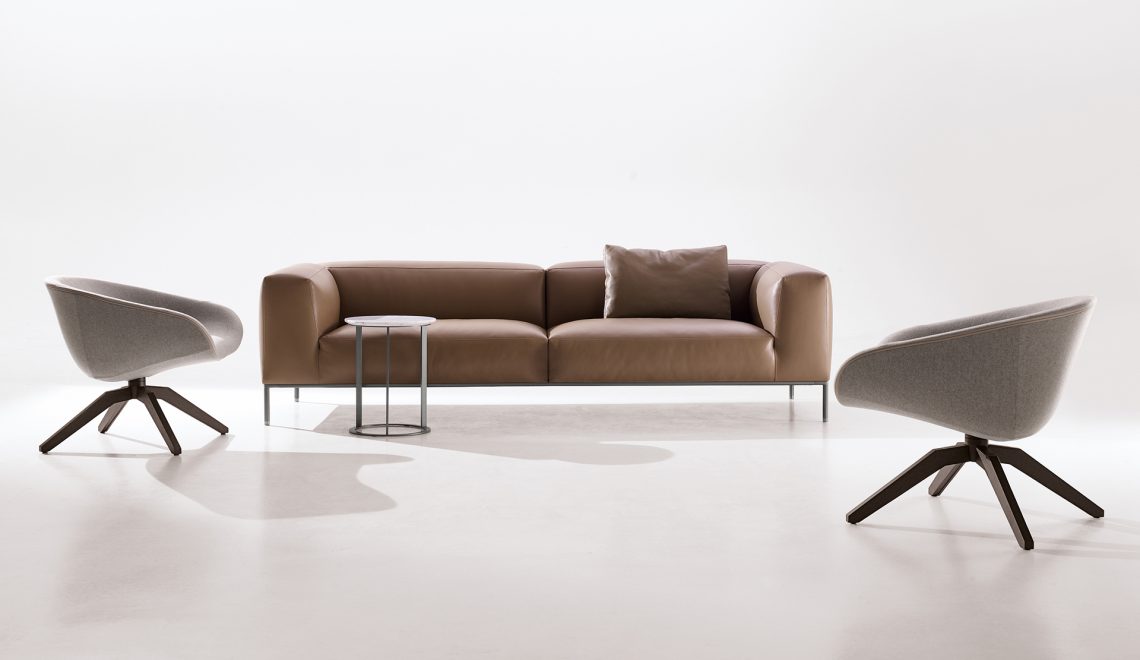 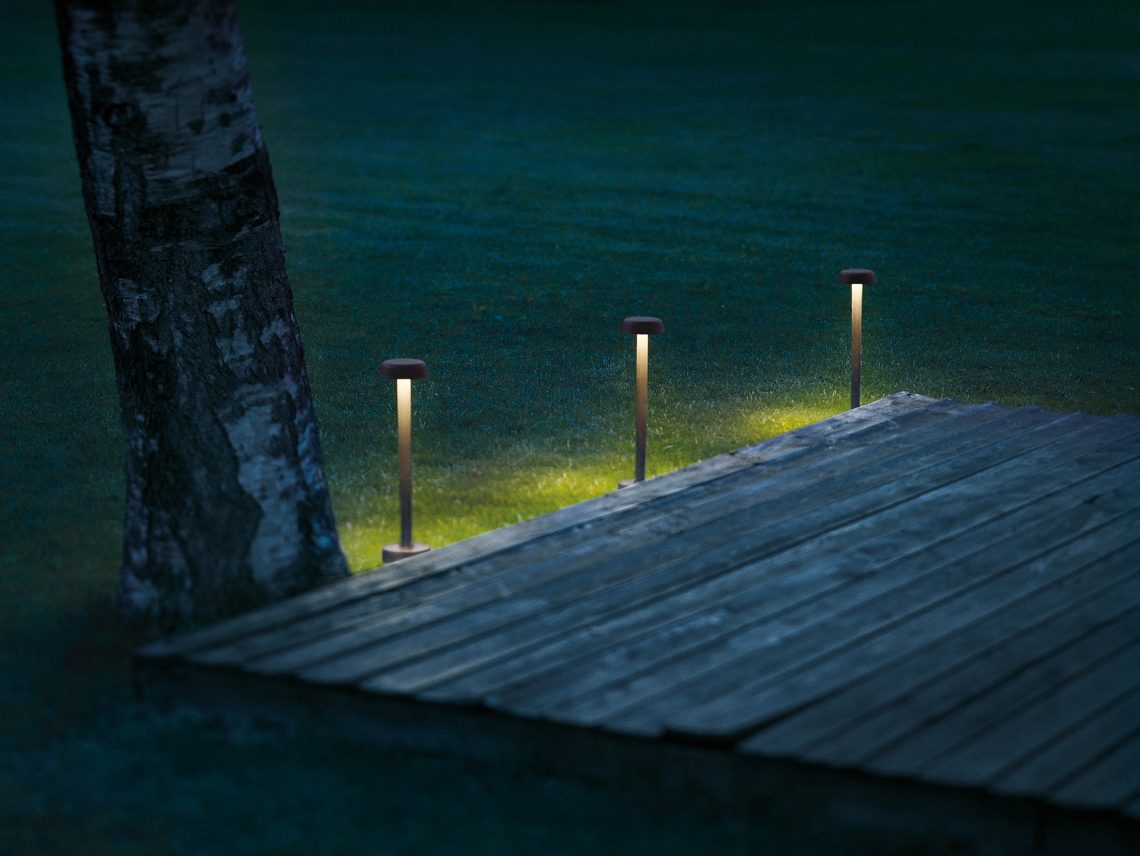 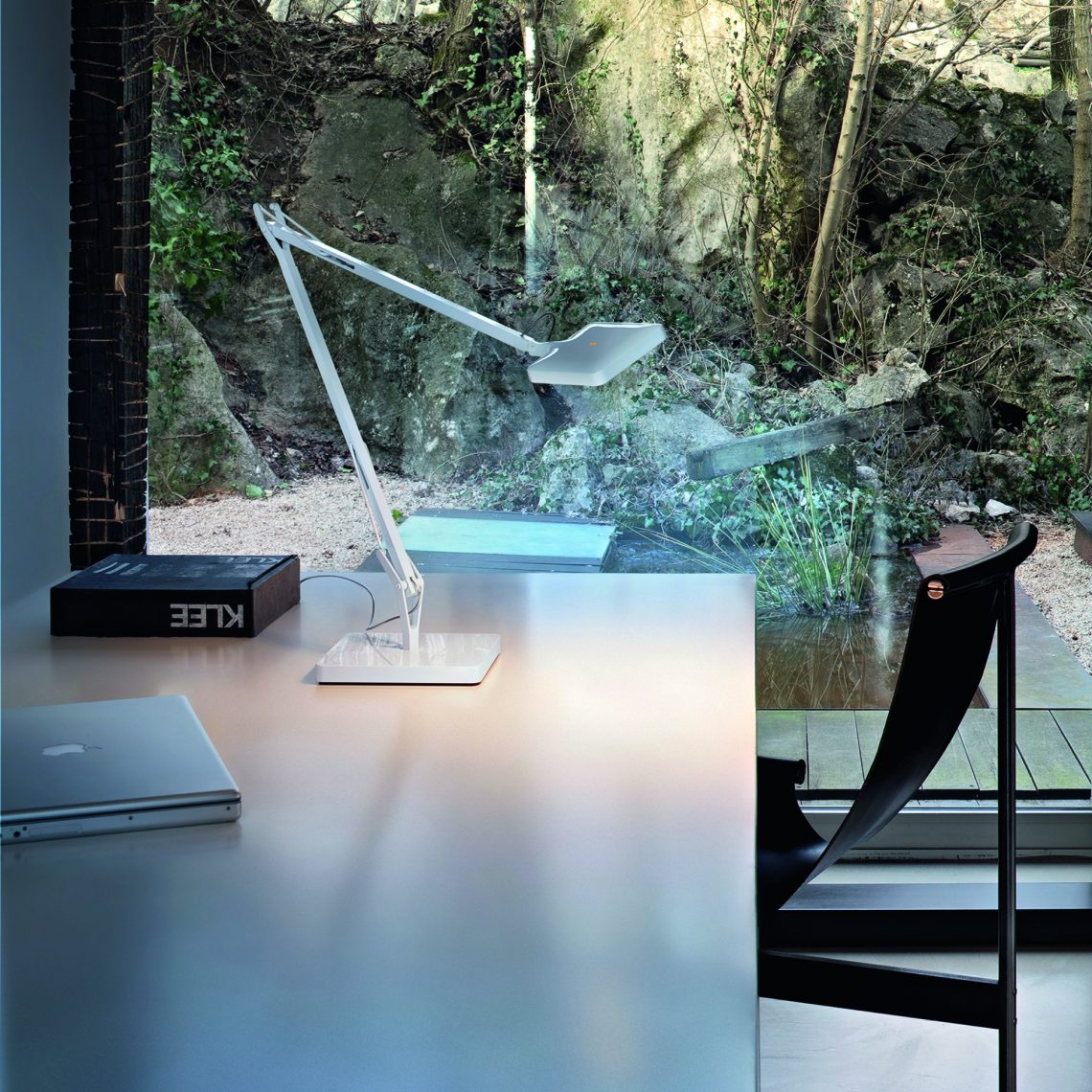 a permanent collection designed to meet fully the requirements for modern living.

The eames elephant, 67 years in the making.

an eames classic is finally released.