this is the sixth edition of chicago design week. the cross-disciplinary events include talks, tours and other happenings by architects, artists, curators, graphic and product designers among others. this year’s chicago design week is a partnership between aiga chicago, the chicago design museum, mas context and the society of typographic arts.

also, it’s worth noting that chicago design week is scheduled to set the design mood and welcome neocon – 13 > 15 june 2016. see related events (below)

6 june – tuesday 6 sta + other: create space–activating you and your community talk / circa modern / 1114 north ashland / tickets
sta features award-winning art director and multi-disciplinary graphic designer eileen tjan of other studio to discuss her art of taking charge and creating a role and space for yourself as a designer, as well as helping to cultivate and grow the chicago design community.

8 june – thursday 6 > 8p design for good: short talk, big impact / morningstar / 22 west washington / SOLD OUT
join us as we explore the social impact that chicago designers and organizations have on their communities through a series of short pecha kucha-style presentations.

10 june – friday 6 > 8p chidm + sta risograph workshop / chicago design museum / 108 north state street 3rd floor / SOLD OUT
first opening its doors in 1946 in toyko, japan, risograph finds its roots in mimeograph technology. the machine is designed to create a master on wax-like paper, almost like a stencil, and stamp it onto the pages, creating a “live ink” look.

several neocon events to be aware of:

13 june – monday – 6 > 10p off the wall bash / mnml / 939 west lake street / rsvp
join mnml at their annual neocon bash and some of their fulton market friends and fellow risk-takers for an afterhours mashup celebrating art, creativity and innovation. #mnml 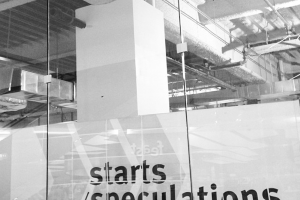 talking to tanner woodford about the chicago design museum.

dark side of the moon is iconic.