beijing daxing international airport is a new airport in the daxing district 28/miles/46km south of the city center (20 minutes by express train).

developed to alleviate congestion at the capital’s existing airport, beijing daxing will be a major transport hub for the region with the world’s fastest growing demand for international travel and is fully integrated within the country’s expanding transport network. 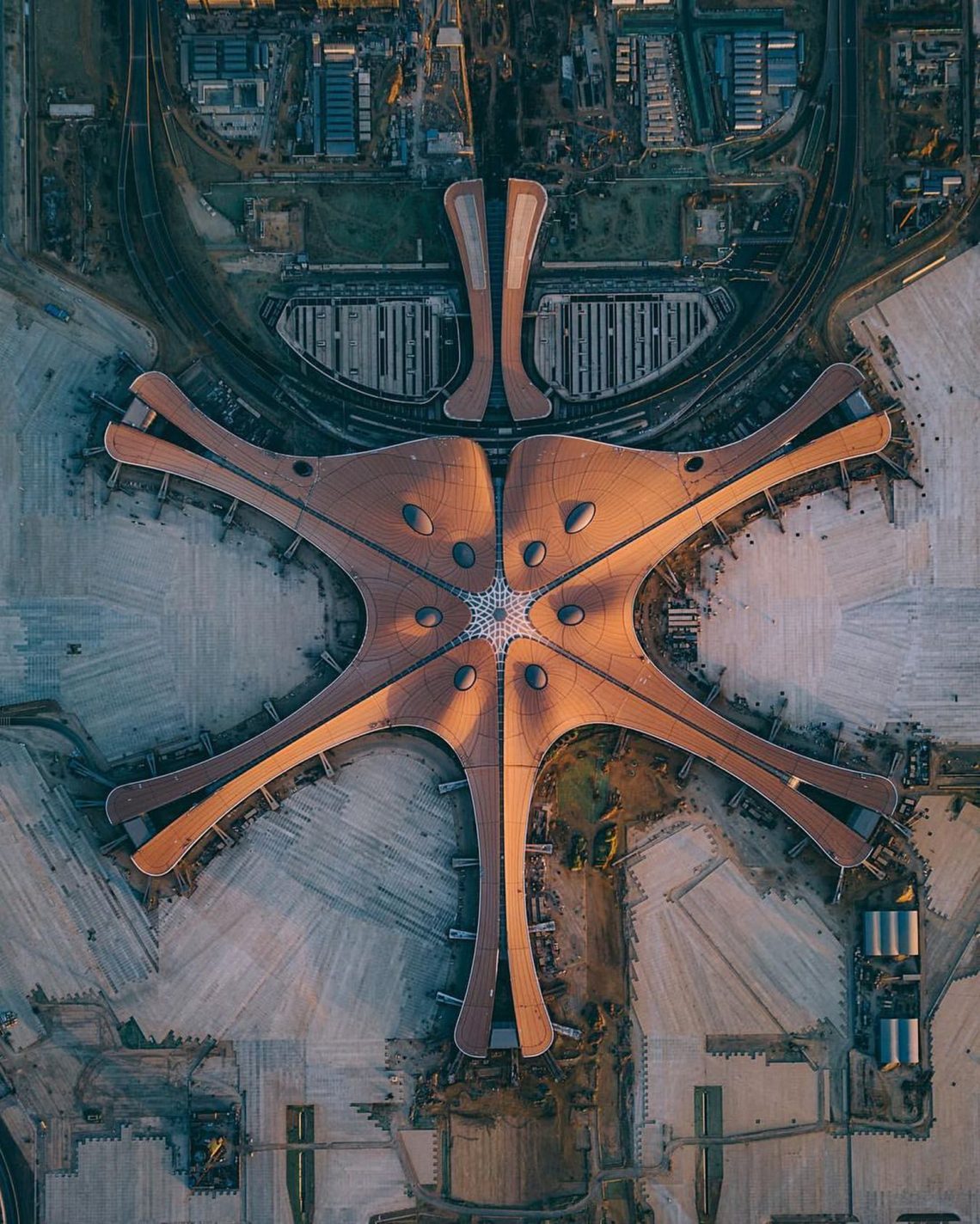 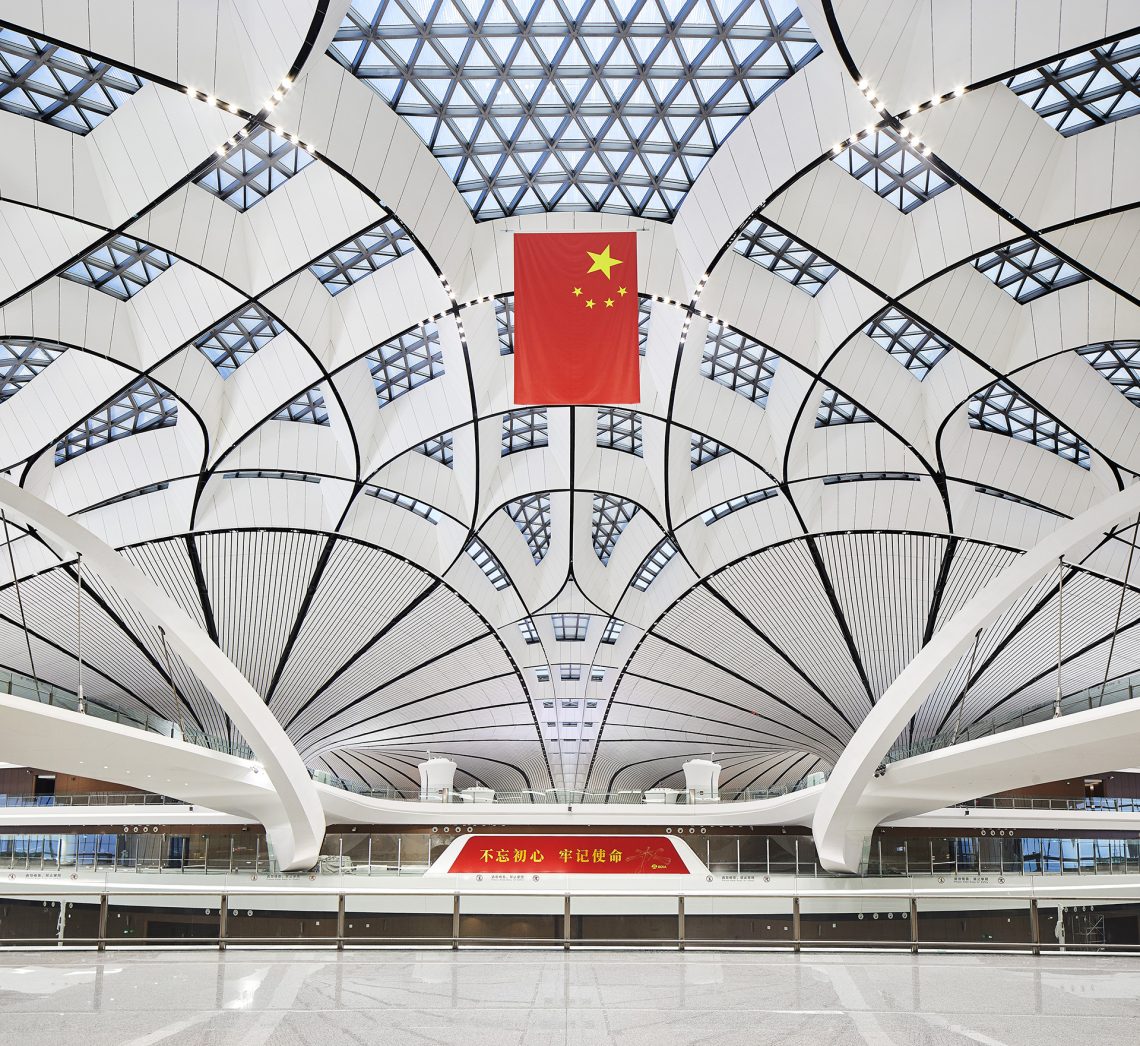 echoing principles within traditional chinese architecture that organize interconnected spaces around a central courtyard, the terminal’s design guides all passengers seamlessly through the relevant departure, arrival or transfer zones towards the grand courtyard at its centre – a multi-layered meeting space at the heart of the terminal.

six flowing forms within the terminal’s vaulted roof reach to the ground to support the structure and bring natural light within, directing all passengers towards the central courtyard. natural light also enters the terminal via a network of linear skylights that provide an intuitive system of navigation throughout the building, guiding passengers to and from their departure gates.

structural spans of up to 100m create the terminal’s generous public spaces and allow the highest degree of flexibility for any future reconfiguration. 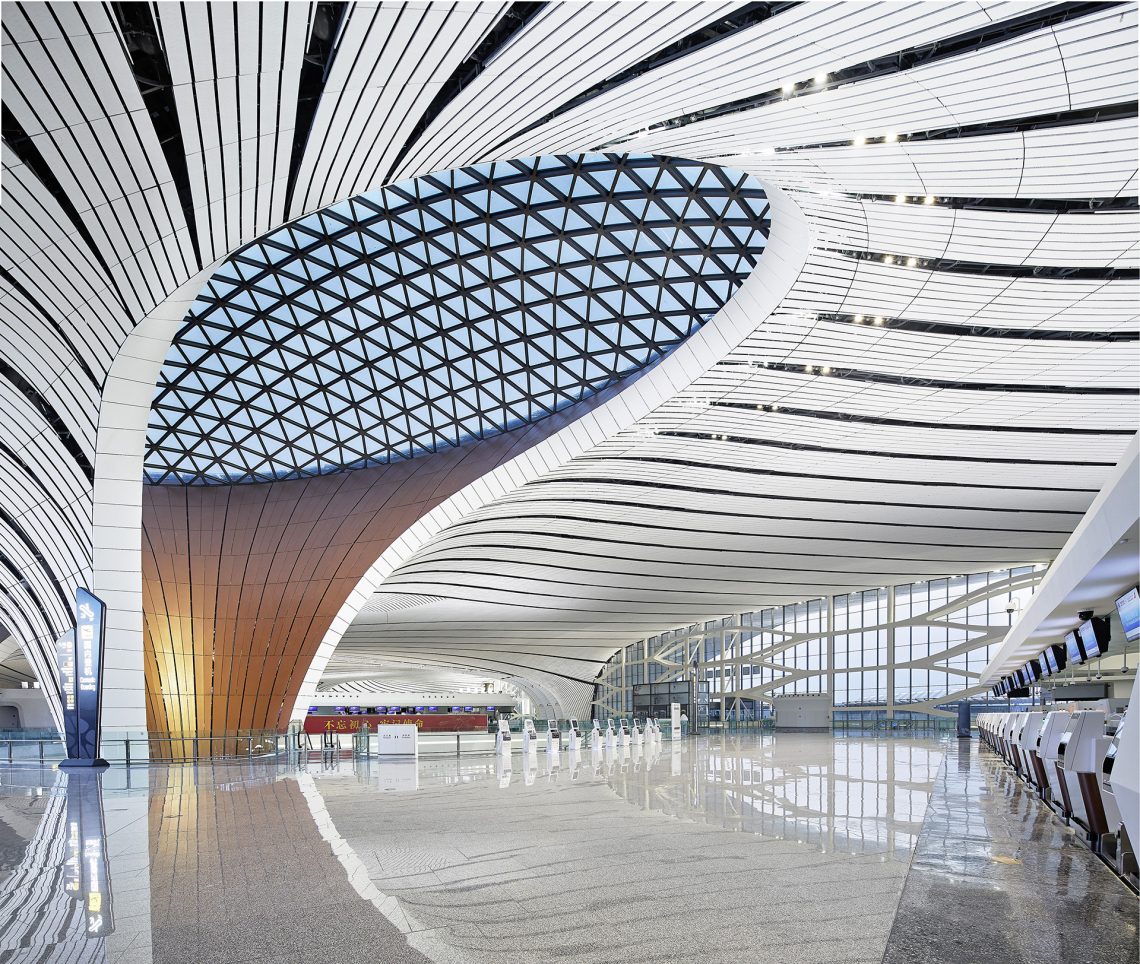 the compact radial design of the terminal allows a maximum number of aircraft to be parked directly at the terminal with minimum distances from the centre of the building, providing exceptional convenience for passengers and flexibility in operations. 79 gates with airbridges connect directly to the terminal which can rapidly process the passengers of six full a380 aircraft simultaneously. 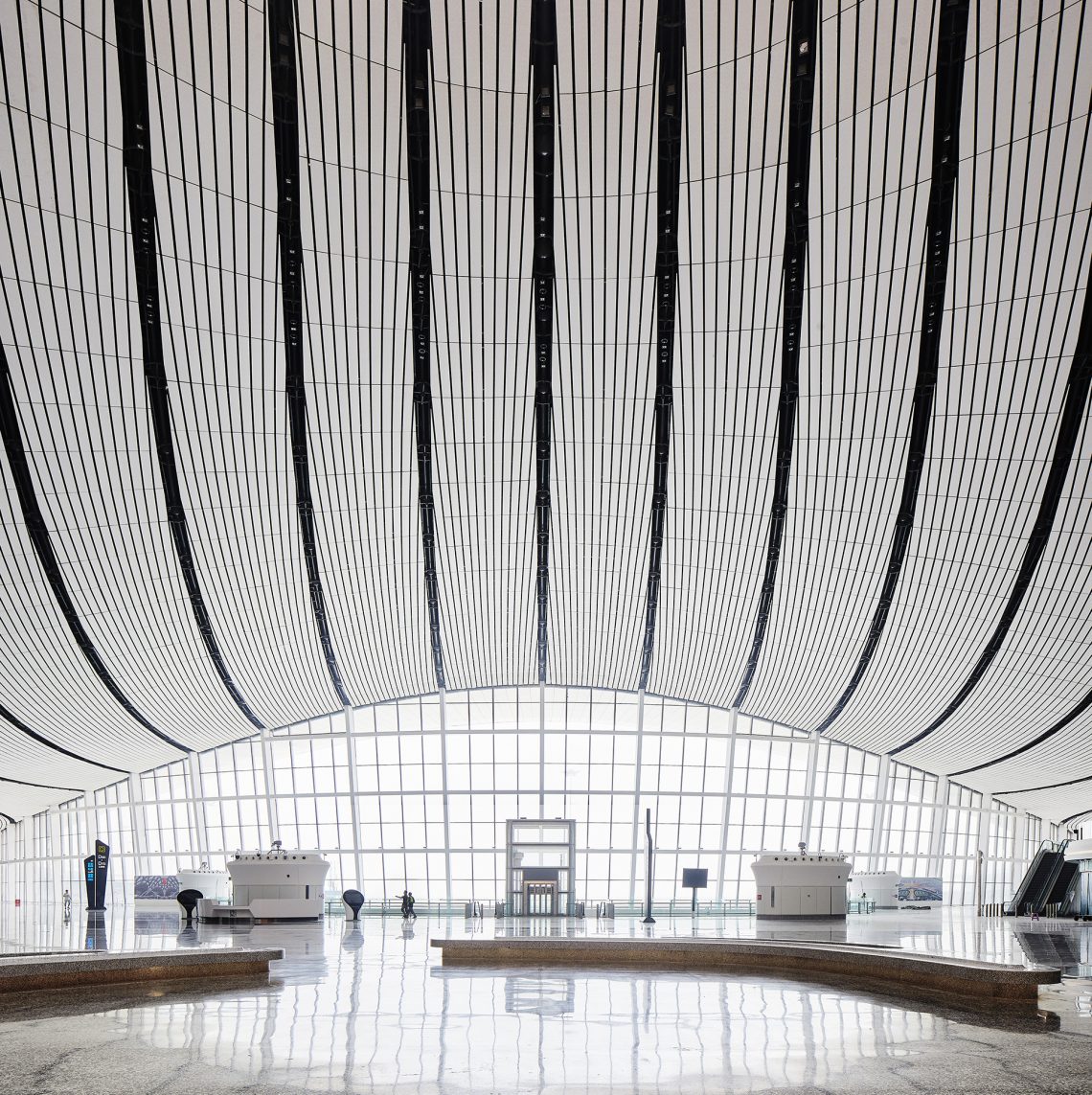 five aircraft piers radiate directly from the terminal’s main central court where all passenger services and amenities are located, enabling passengers to walk the comparatively short distances through the airport without the need for automated shuttle trains. as a result, the terminal’s compact design minimizes distances between check-in and gate, as well as connections between gates for transferring passengers. this radial configuration ensures the farthest boarding gate can be accessed in a walking time of less than 8 minutes.

the airport also implements rainwater collection and a water management system that employs the natural storage, natural permeation and natural purification of up to 2.8 million cubic meters of water in new wetlands, lakes and streams to prevent flooding and counter the summer ‘heat island’ effect on the local microclimate. 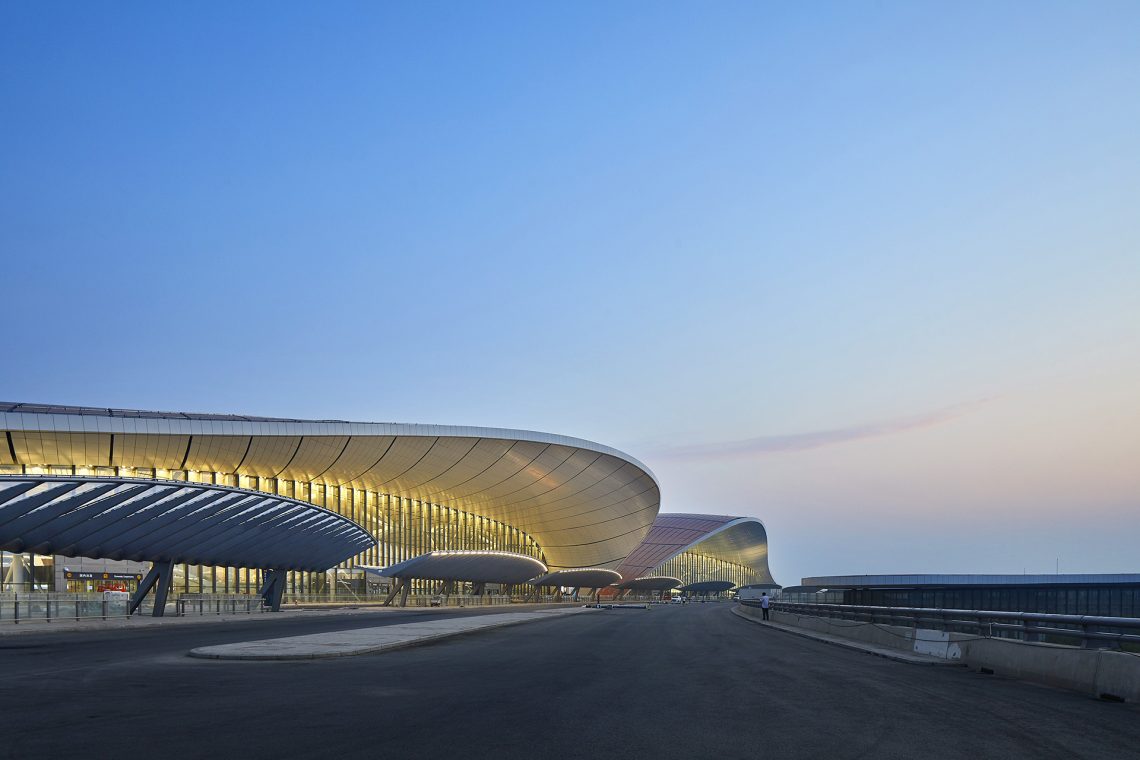 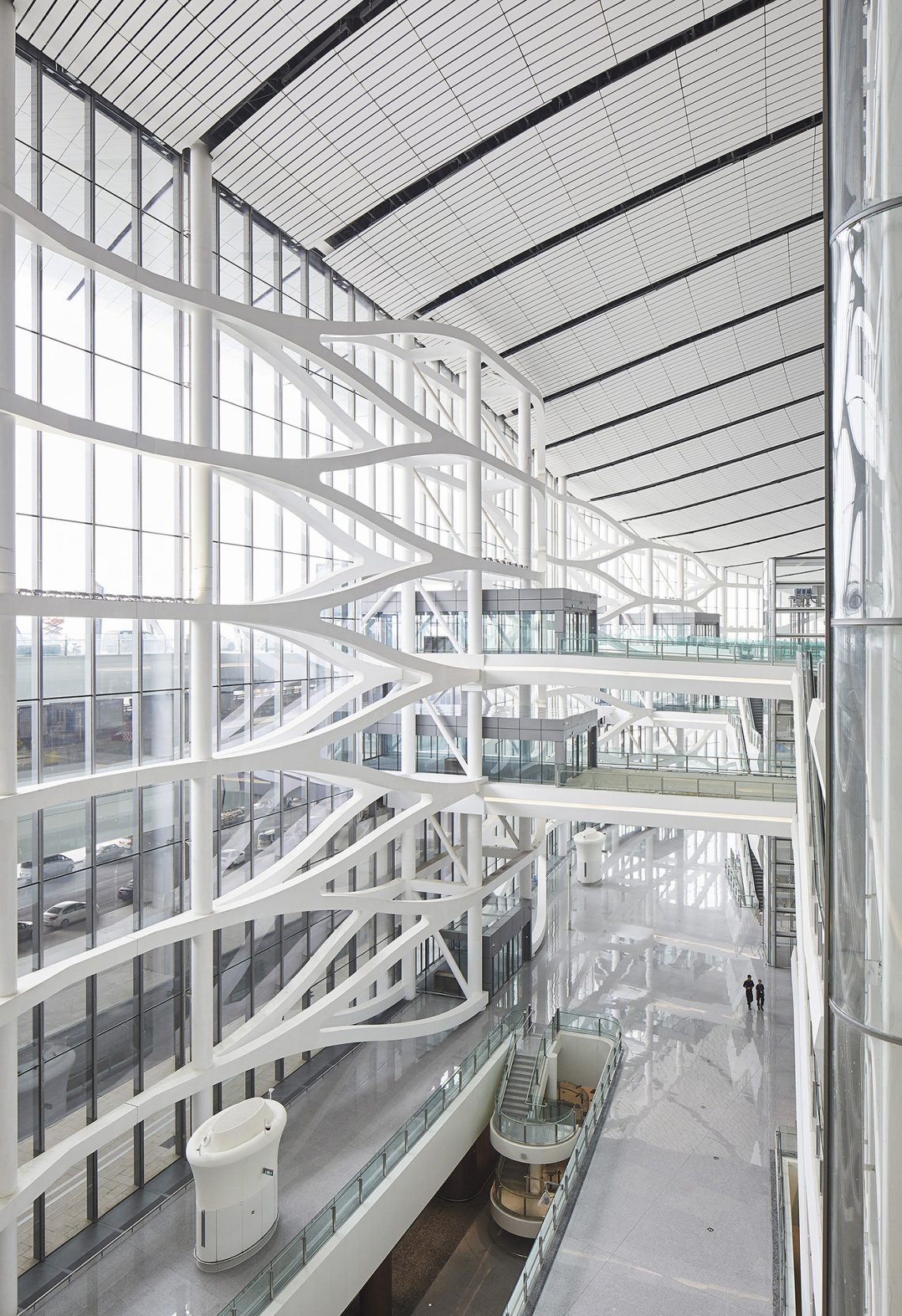 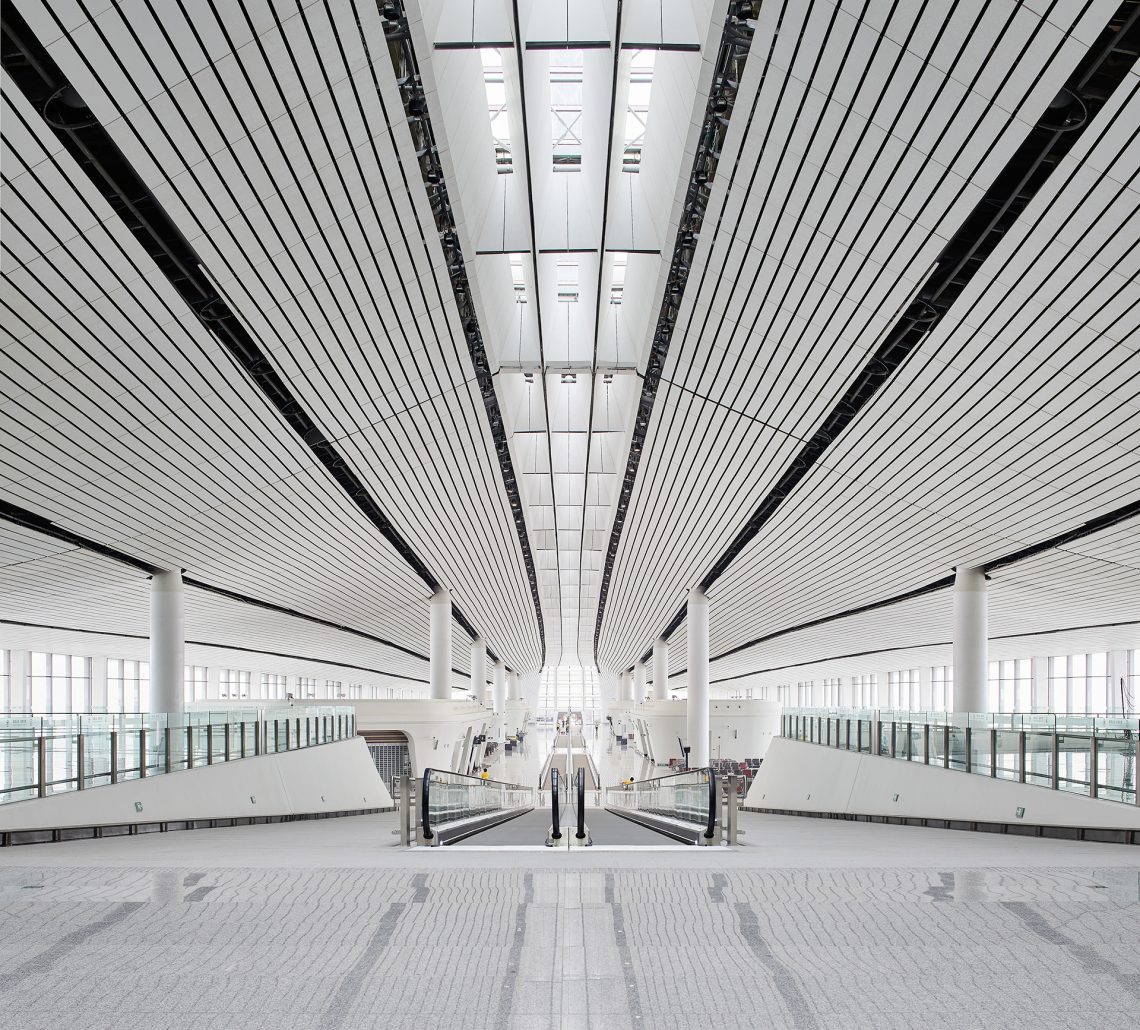 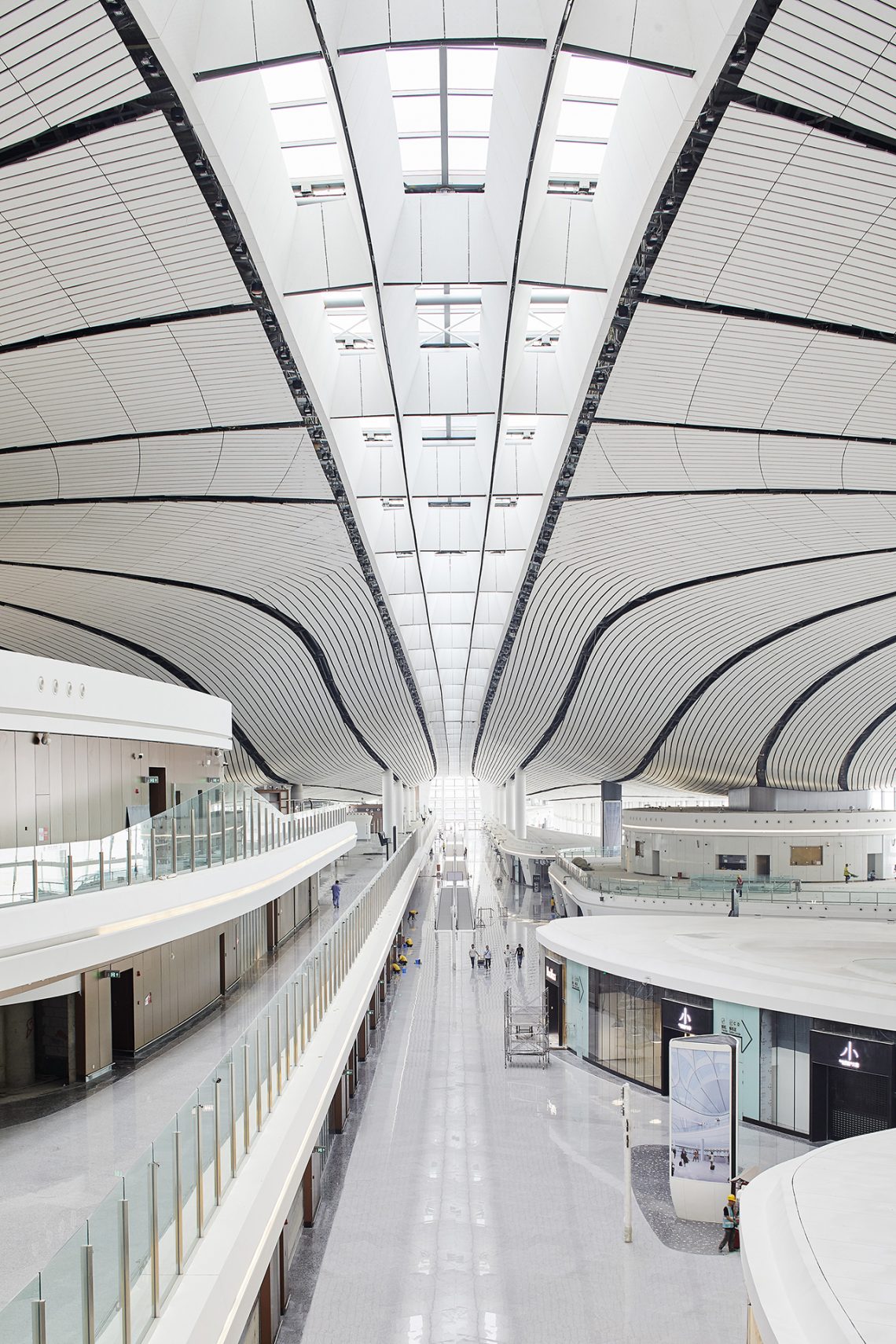 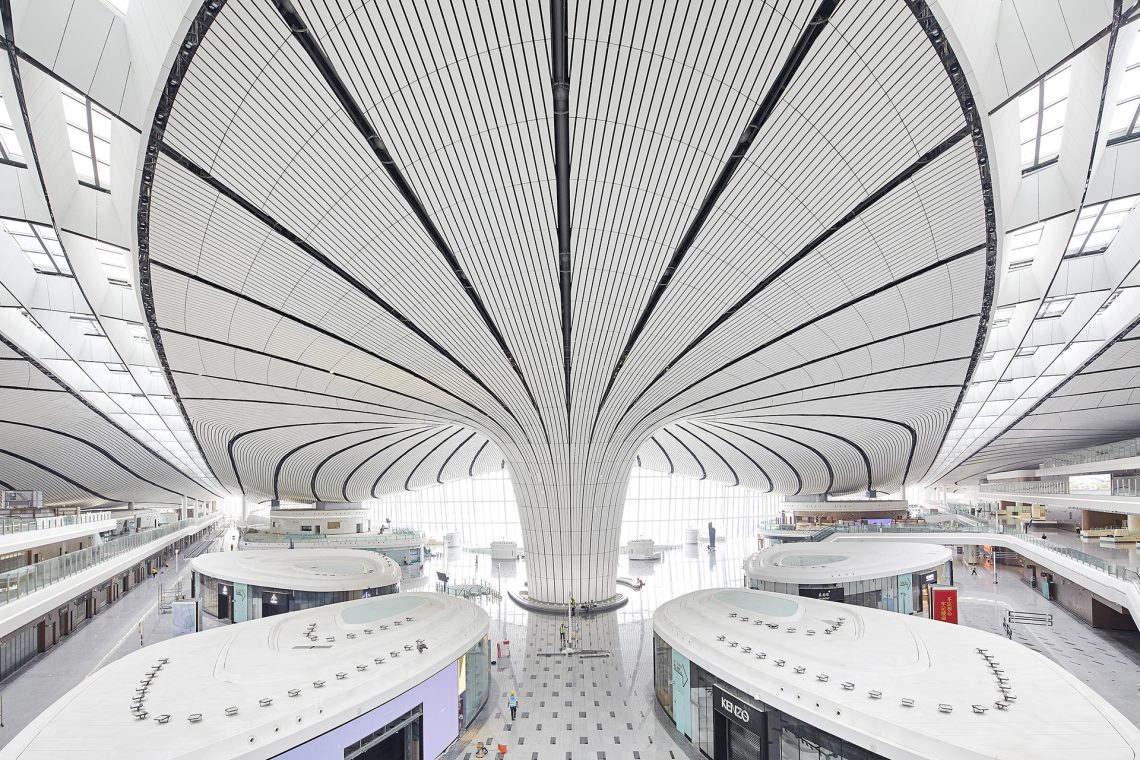 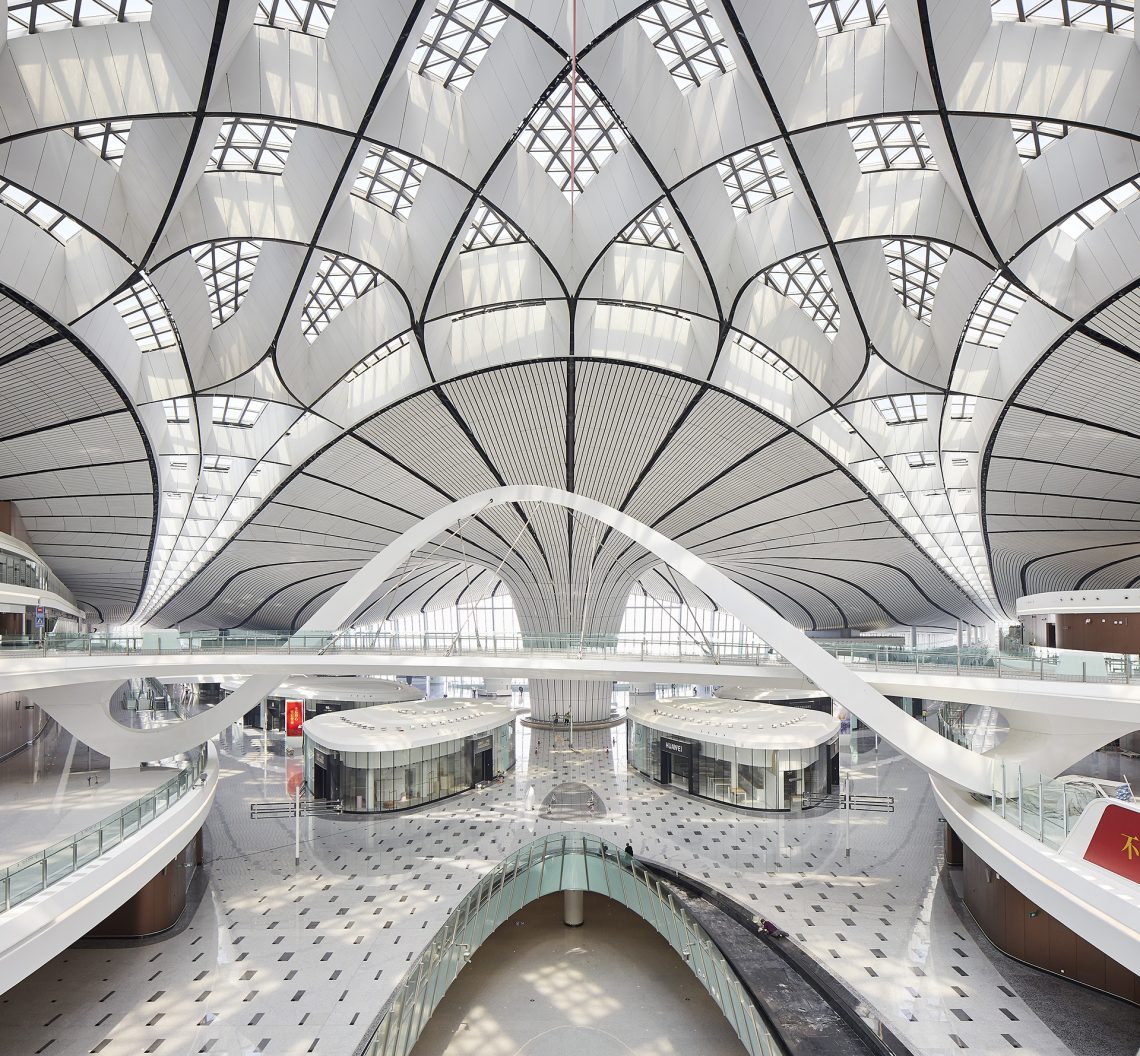 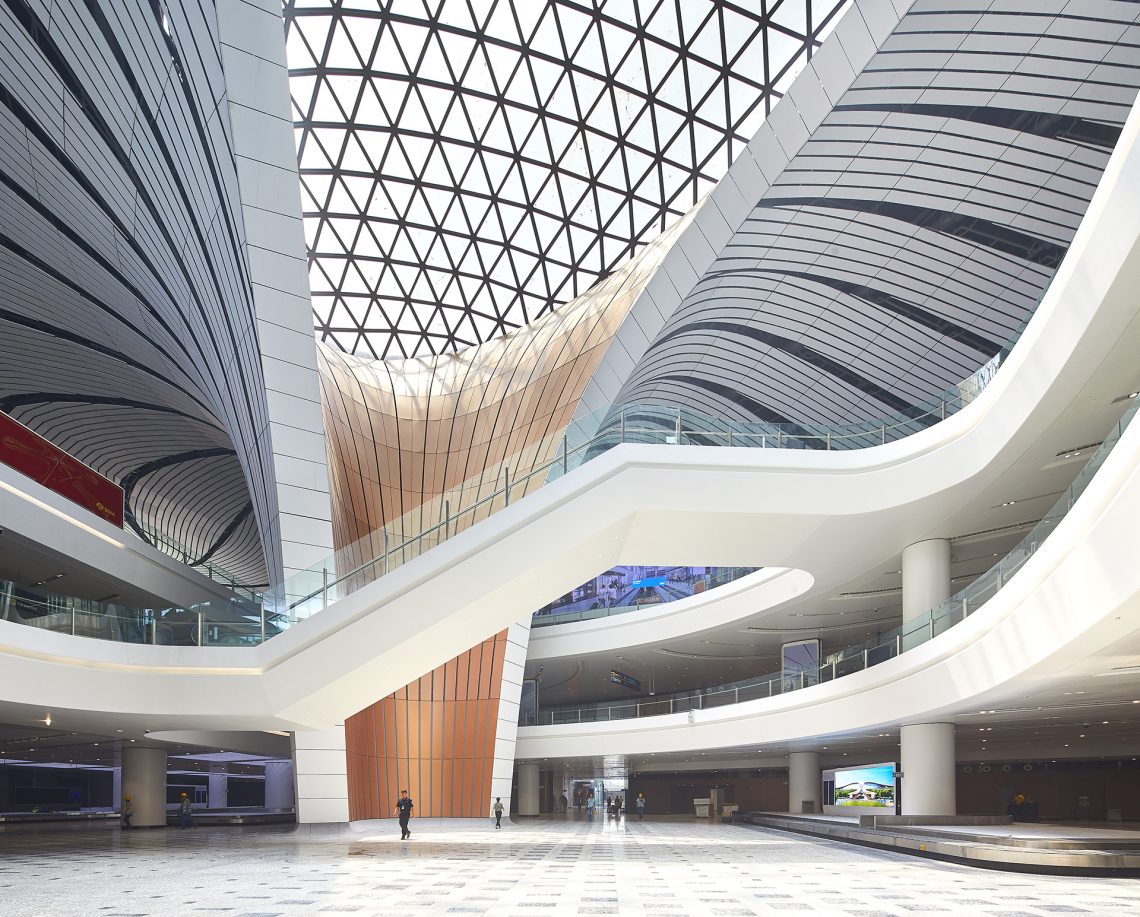 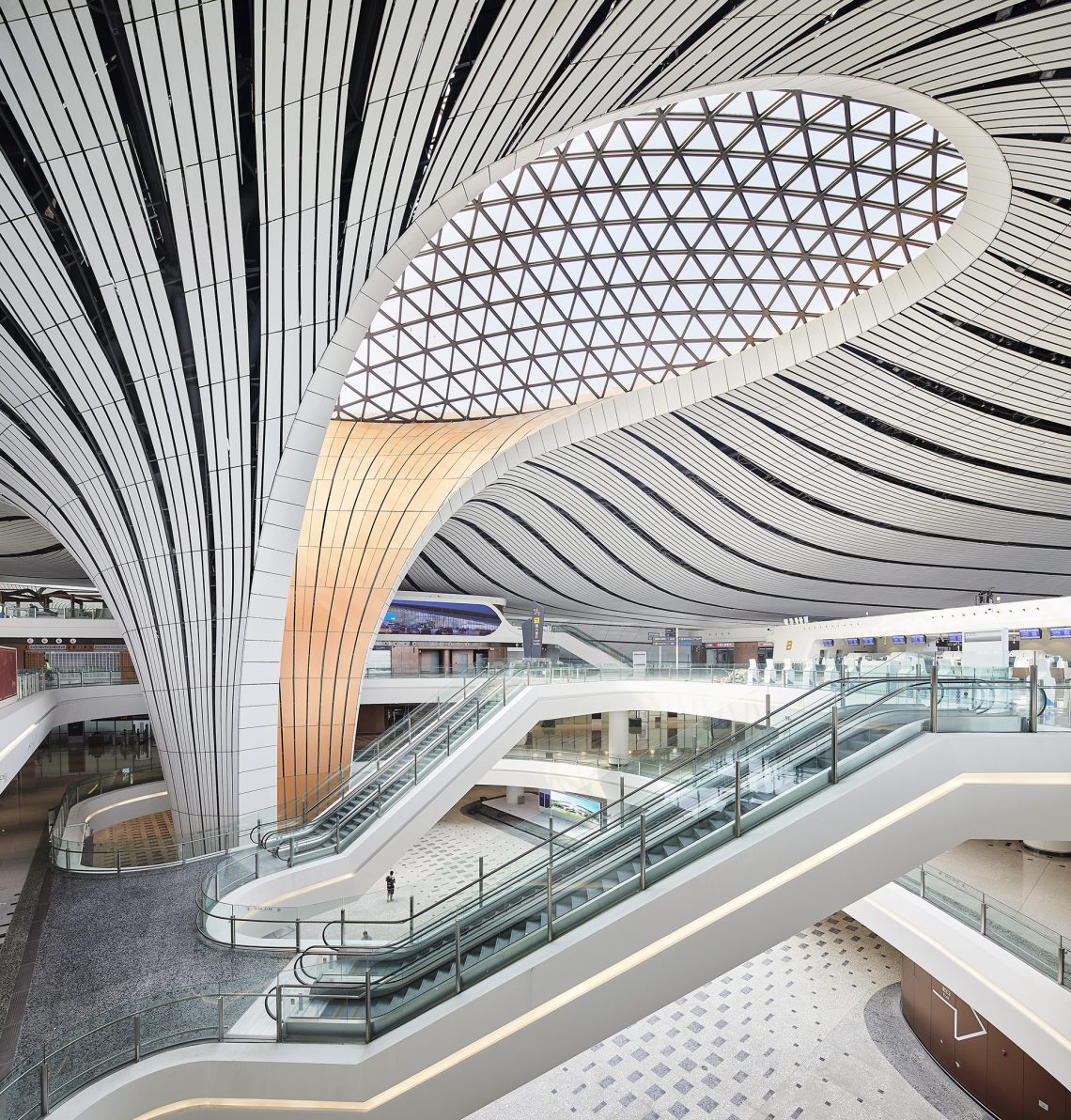 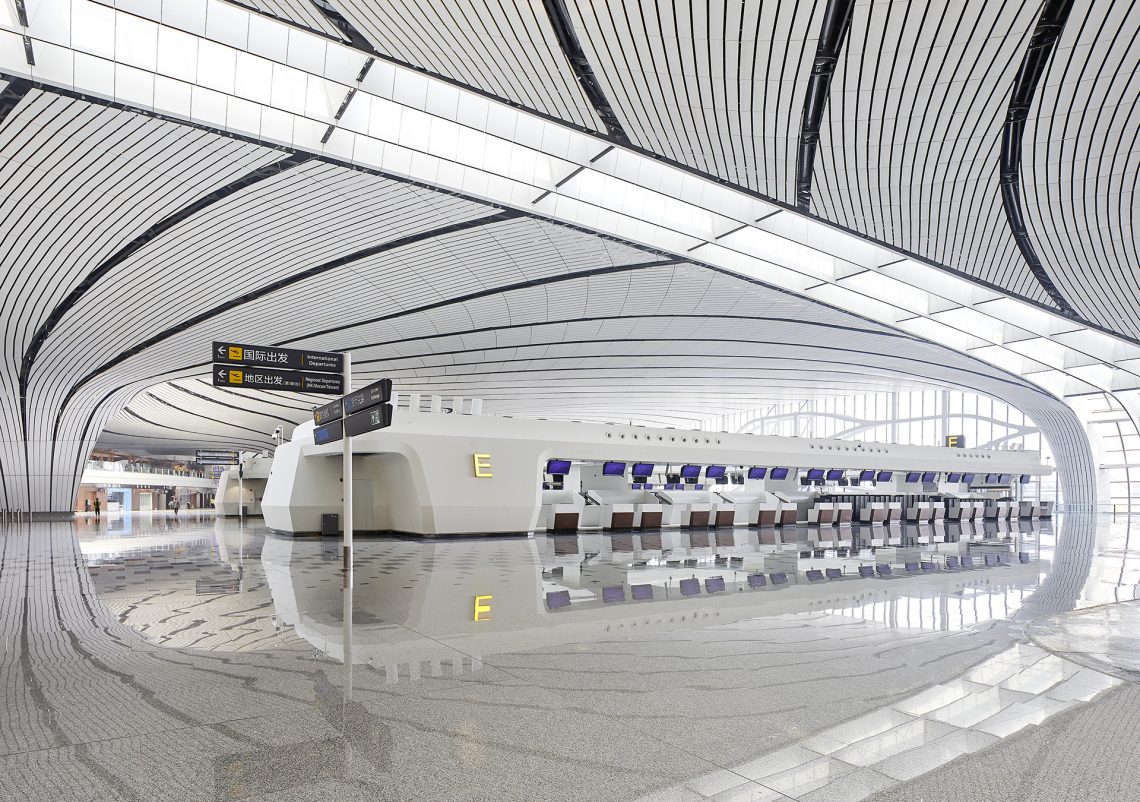 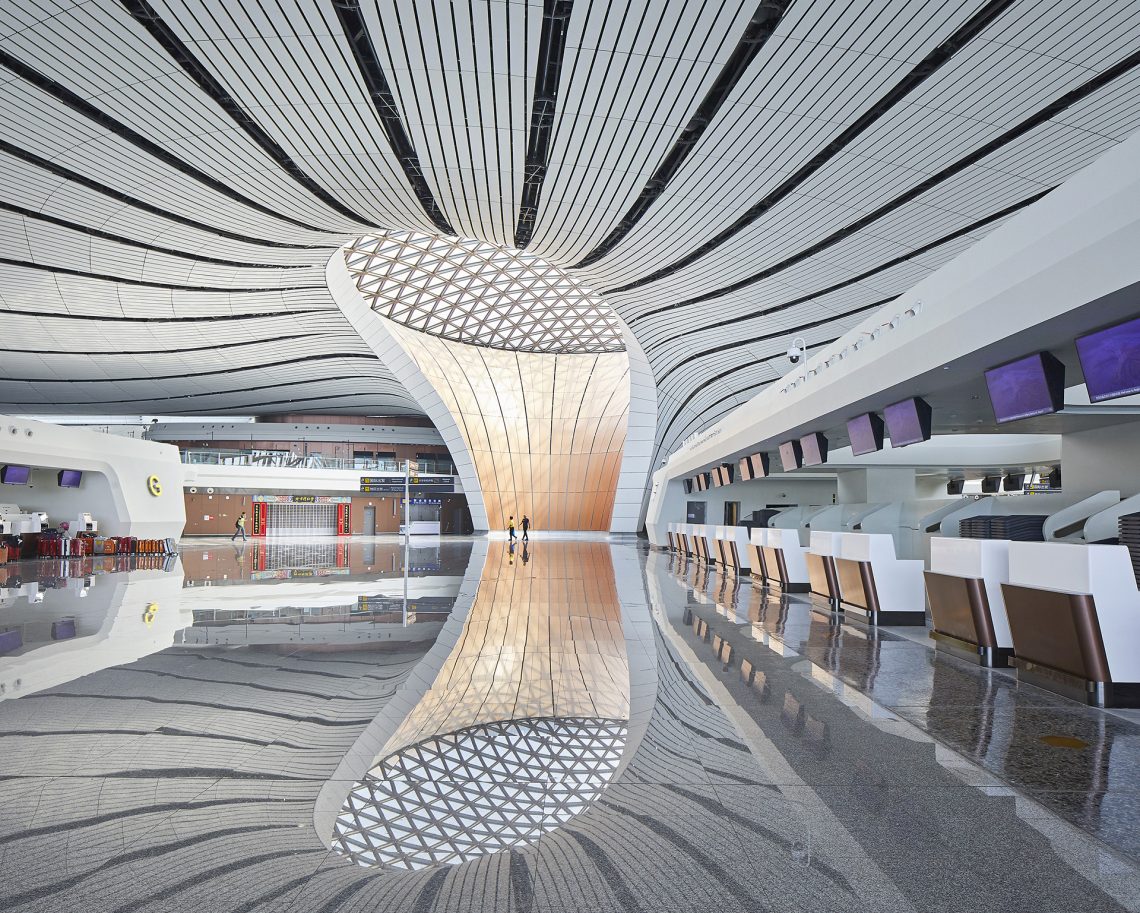 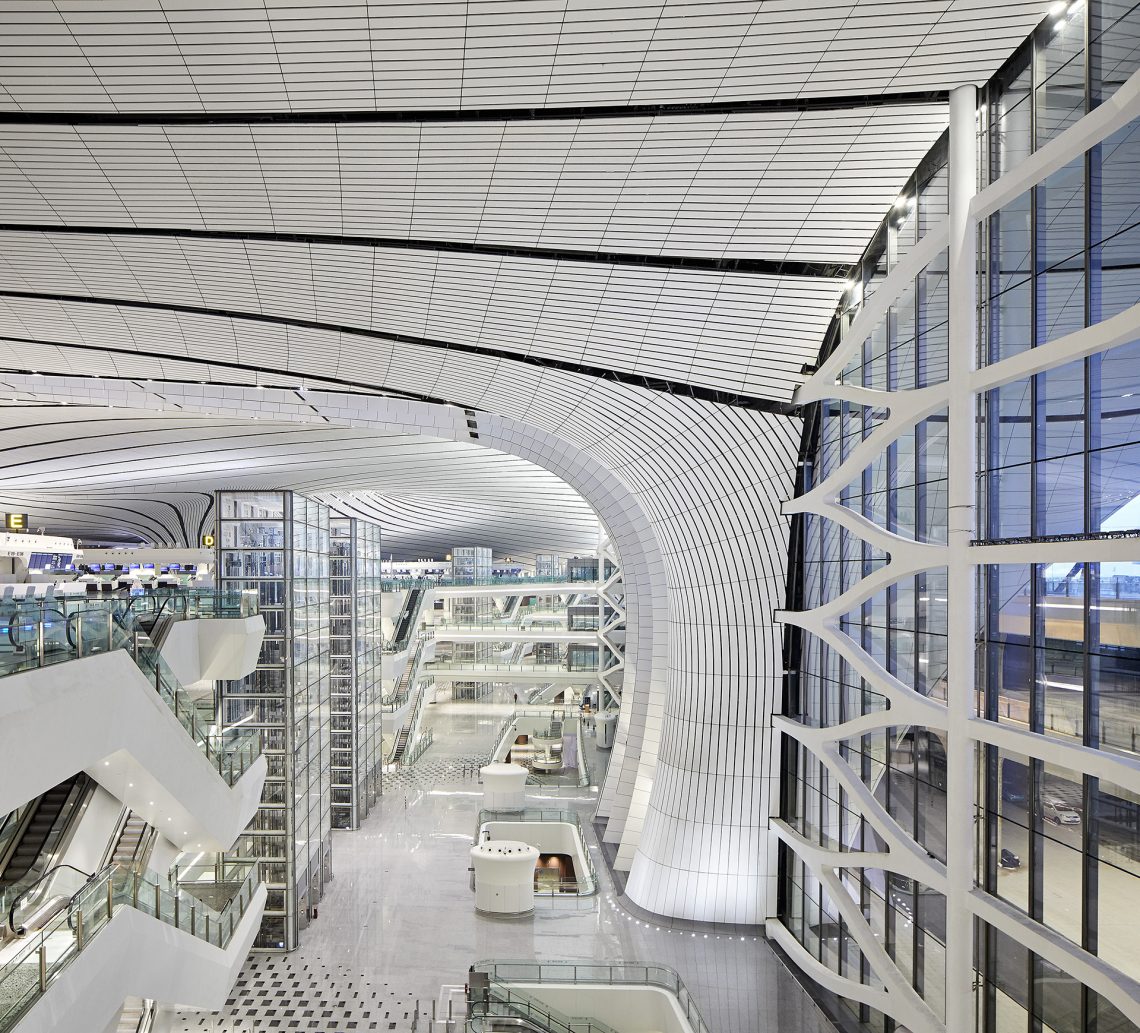 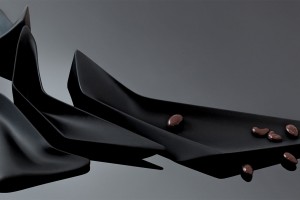 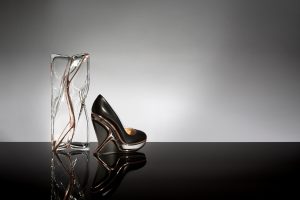 in tribute to the late visionary zaha hadid, charlotte olympia launches two limited edition pieces, a platform wedge shoe and a clutch bag, both featuring fluid forms in perspex with rose gold metal accents. in conjunction to these, special packaging was created to echo the sculptural qualities of the designs. 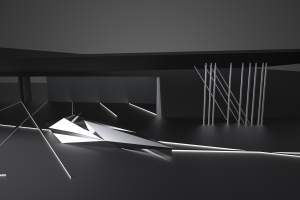