above > secrets of a digital garden / photos > gloria araya

nothing is conventional in this garden. 50 slices of earth containing ‘digital’ flowers has been brought to chicago to narrate the absurd dis-connectivity of palestine and the attempt to reclaim it through the 50 villages project.

in a collaborative project with riwaq: centre for architectural conservation, yara sharif and nasser golzari have curated the exhibition entitled secrets of a digital garden: 50 flowers, 50 villages.

secrets of a digital garden is a future imaginary scenario set up in rural palestine in the form of a digital garden with 50 interactive flowers representing 50 palestinian villages. the work draws on their collaborative work with riwaq on revitalizing 50 palestinian historic fabrics and their on-going research by design as founders of ng architects and palestine regeneration team (part). 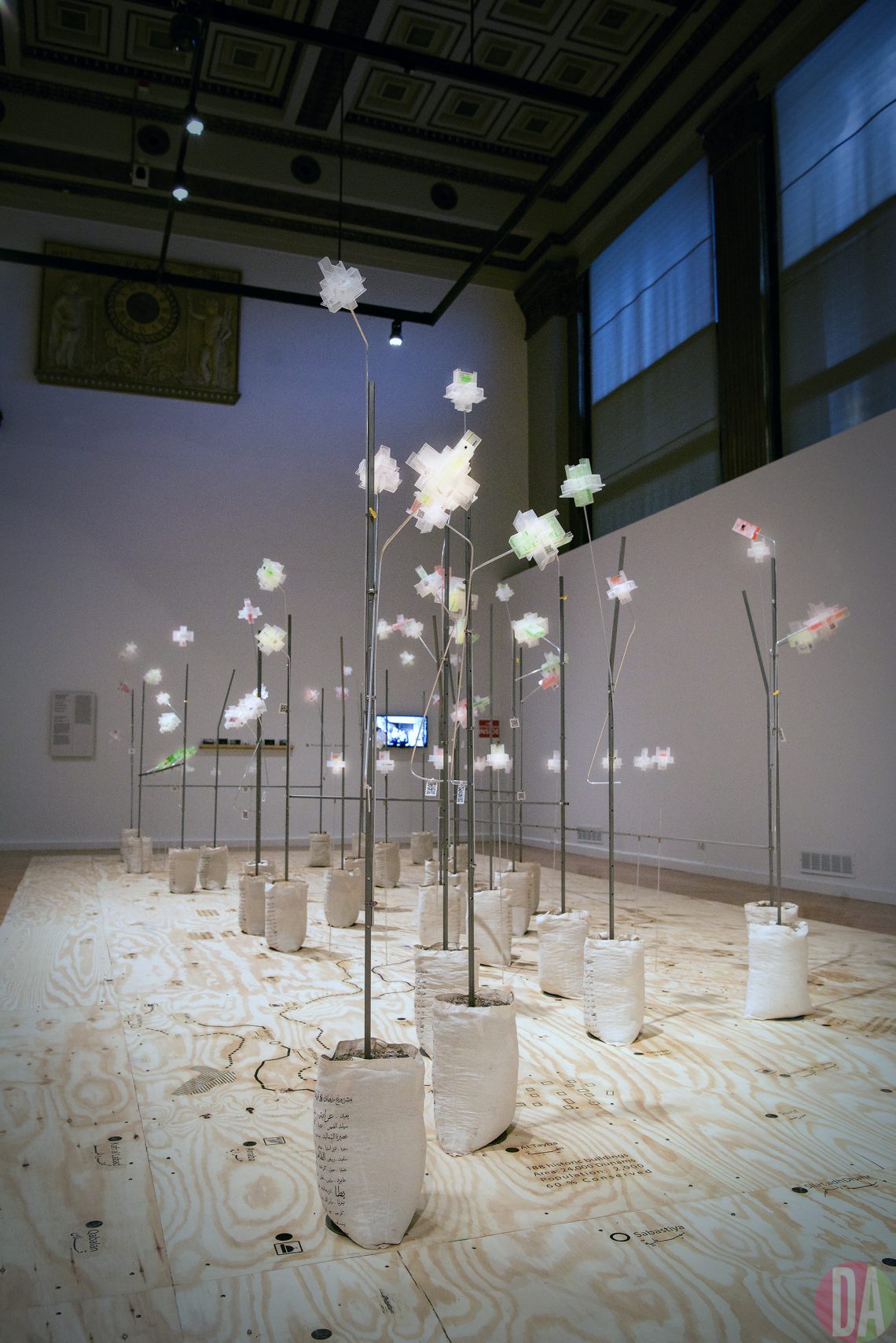 in this installation for the 3rd annual chicago architecture biennial, underneath the surface, a process of production is in place. capsules containing physical and digital dna is trapped in each flower to capture and share the story of the 50 villages. in real life when you qr code capture each of these flowers it connects you to the digital palestinian museum archives one of the most virtual platform of the palestinian museum components.

the museum works on building a digital archive that is open to the public and continuously updating, with the aim of documenting collections of photographs, films, sound recordings and other important materials that are threatened with loss, damage or confiscation, through digital preservation, to be available to researchers, artists and the general public on the museum’s virtual platform. , and on virtual platforms of other partner institutions in europe with the aim of reaching the widest possible audience. the archive will include all the digital collections that the museum has been able to collect and digitize in previous initiatives, including the family album project, which focused on exploring the photographic treasures that palestinians keep in their homes and documenting them for future generations, 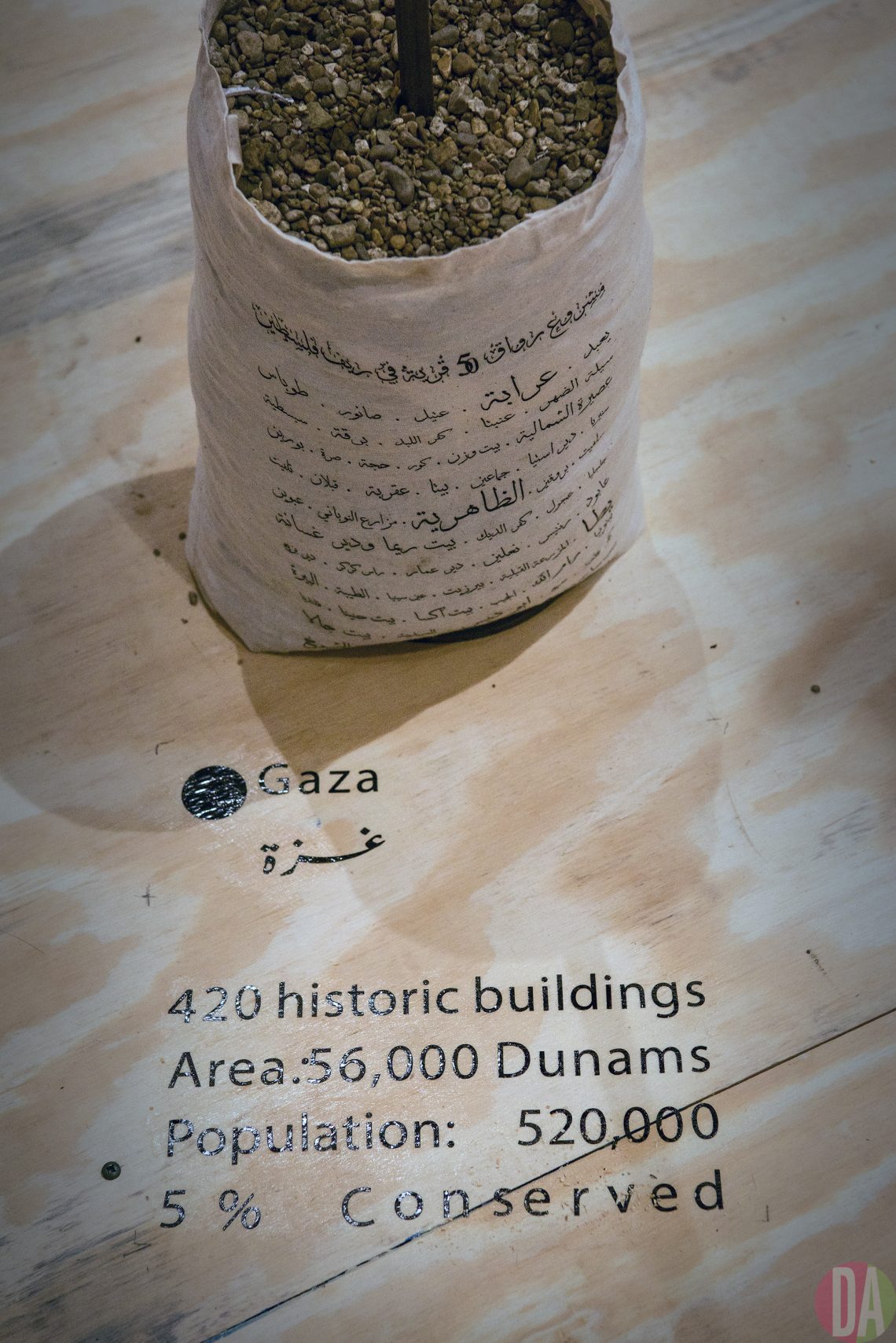 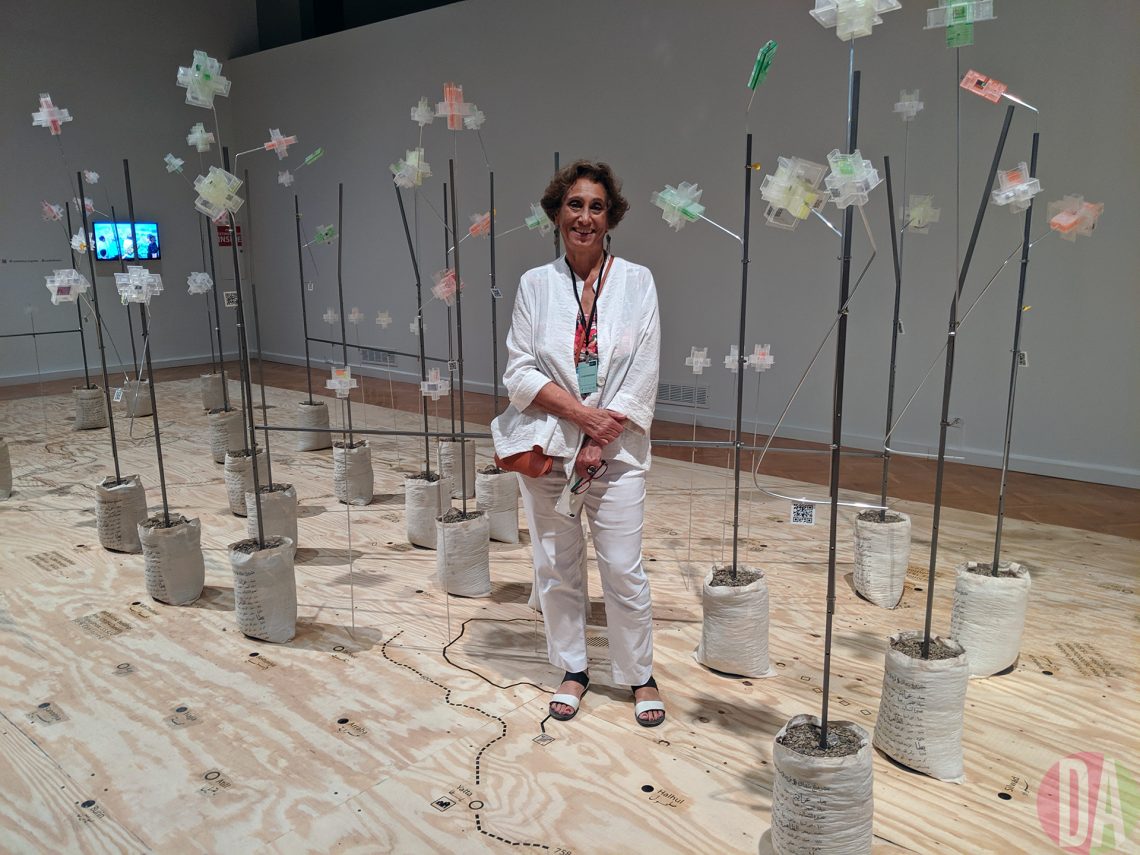 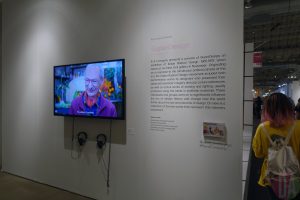 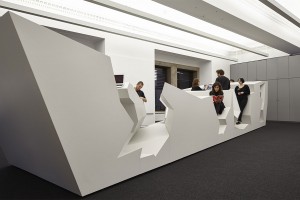 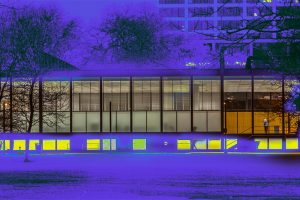 the second edition of the chicago architecture biennial (cab) is the largest architecture and design exhibition in north america, showcasing the transformative global impact of creativity and innovation in these fields. this year’s biennial features over 141 practitioners from more than 20 countries addressing the 2017 theme “make new history.”