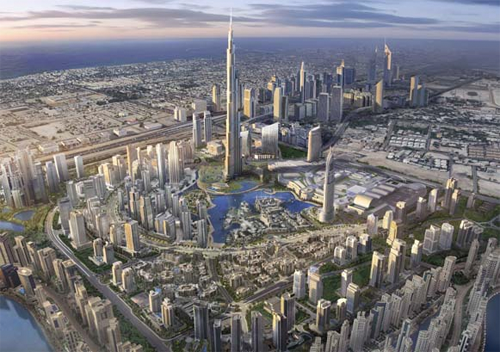 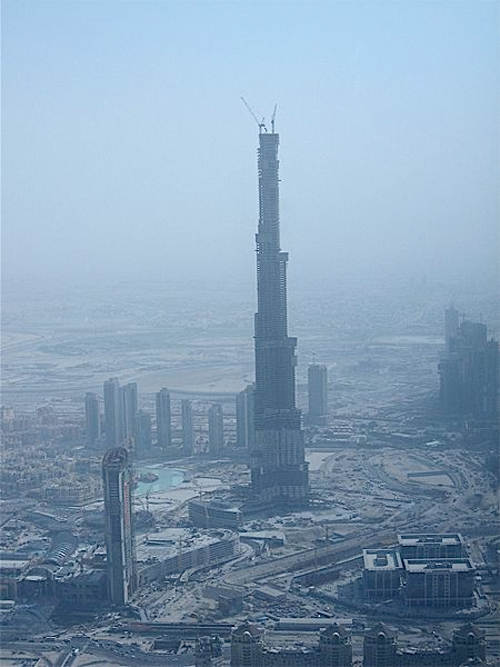 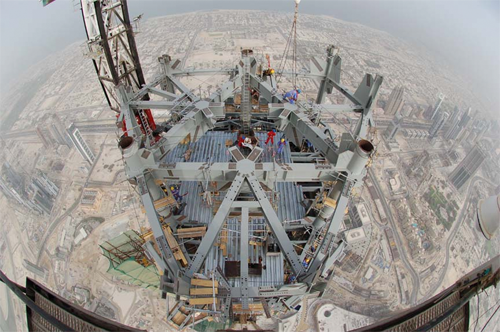 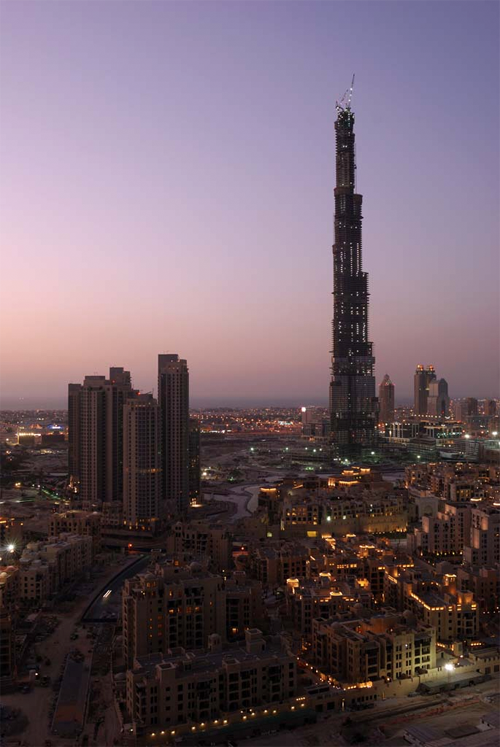 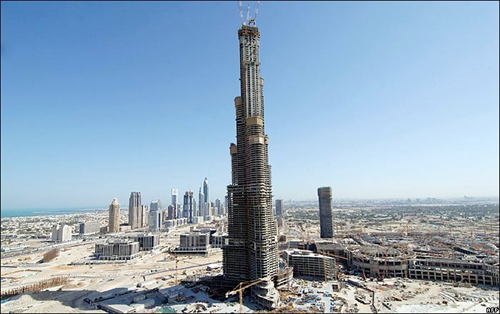 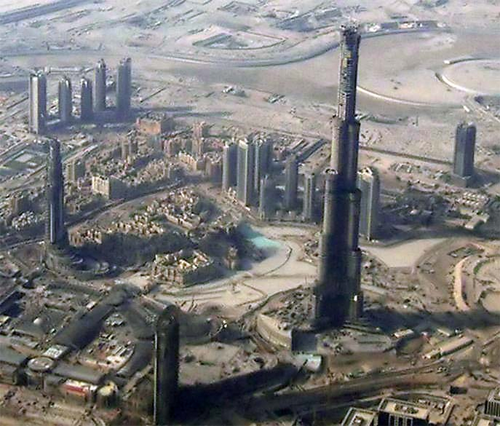 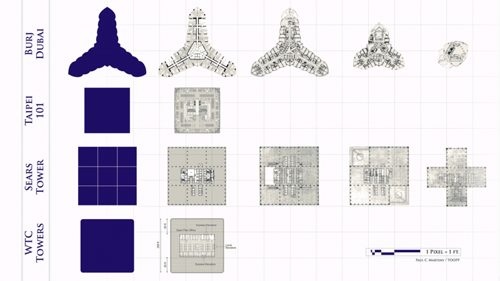 above: The tower is being constructed by a South Korean company, Samsung Engineering & Construction [16] which built the Petronas Twin Towers and the Taipei 101. The tower is designed by Skidmore, Owings and Merrill, who also designed the Sears Tower in Chicago and the Freedom Tower in New York City, among numerous other famous high-rises. The building resembles the bundled tube form of the Sears Tower, but is not a tube structure.

The design of Burj Dubai is ostensibly derived from the patterning systems embodied in Islamic architecture, with the triple-lobed footprint of the building based on an abstracted version of the desert flower hymenocallis native to the region. The tower is composed of three elements arranged around a central core. As the tower rises from the flat desert base, setbacks occur at each element in an upward spiralling pattern, decreasing the cross section of the tower as it reaches toward the sky. At the top, the central core emerges and is sculpted to form a finishing spire. A Y-shaped floor plan maximizes views of the Persian Gulf. Viewed from above or from the base, the form also evokes the onion domes of Islamic architecture. 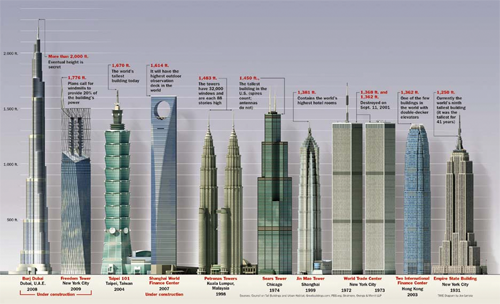 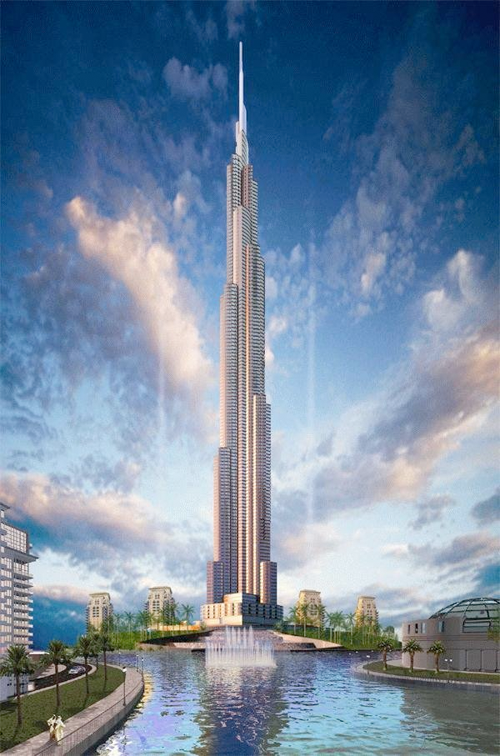 The renamed Burj Khalifa marks the first time since the Middle Ages, when Europe’s Gothic cathedrals rose taller than the Great Pyramid of Egypt, that the world’s tallest building has been located in the Middle East.

Designer: adrian smith ( note: the architects are the chicago office of SOM. smith left in 2006 to open his own firm: adrian smith + gordon gill