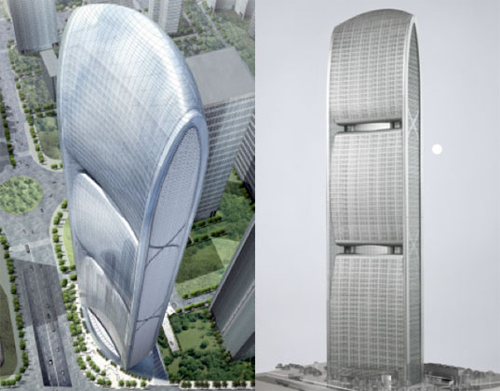 The Pearl River Tower, a 71-story skyscraper in Guangzhou, China, that will open this fall has just finished construction on its top floor.
The world’s greenest credentials for now anyway: according to the architects, Chicago-based SOM and the building’s owner, China National Tobacco, the building is 58% more energy efficient ( making it the world’s most efficient ) than conventional skyscrapers.

This type of building is called a ZEB, or zero-energy building. ZEBs use solar, wind, and geothermal systems to produce at least as much energy as they tap from the grid. In some cases, a building’s owner can sell excess electricity generated by the structure back to its utility, reducing overall demand for power generated by coal and other greenhouse-gas-emitting plants.

And tall buildings are full of energy-design challenges as they use most of their energy trying to keep their inhabitants cool. Even in the winter towers run their AC systems most days of the year to counteract the heat from lighting, computers, and workers.

The building does this…

It has perforated metal window blinds (image No. 2 below) that automatically track the sun and open and close to minimize solar heat.

It uses its helical turbines (image No. 3 below), which are inside four openings on the skyscraper’s face, to generate power in relatively mild winds from multiple directions. The turbines, tested in winds as high as 140 mph, will generate up to 4% of the building’s power.

Its exterior walls hide an eight-inch air gap inside them (image No. 4 below). When the sun beats through the double-glazed outer skin, the heat–instead of entering the interior–is trapped in this cavity and rises to heat exchangers on the equipment floors.

For this effort the building will use an AC system that is 80% smaller than those in conventional skyscrapers. 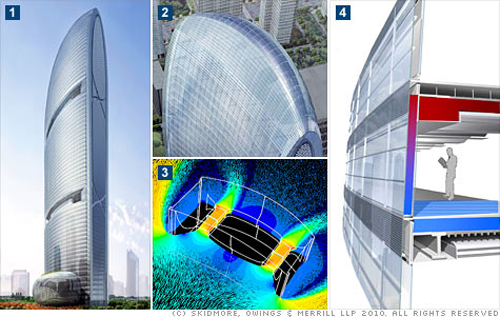 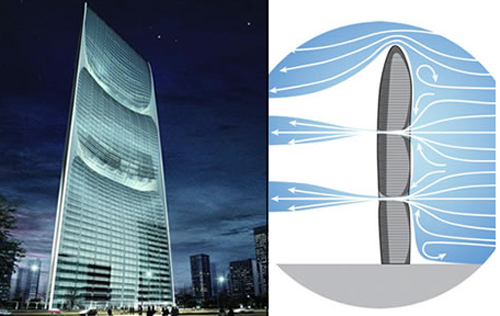 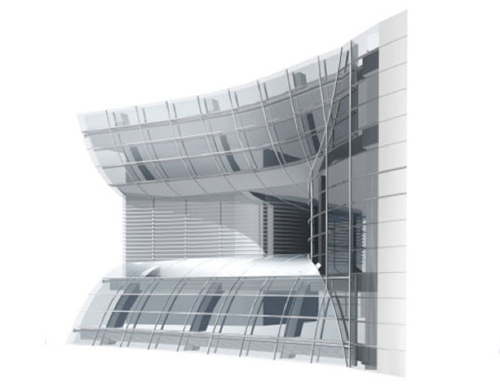 above: free energy from wind turbines in face of building. 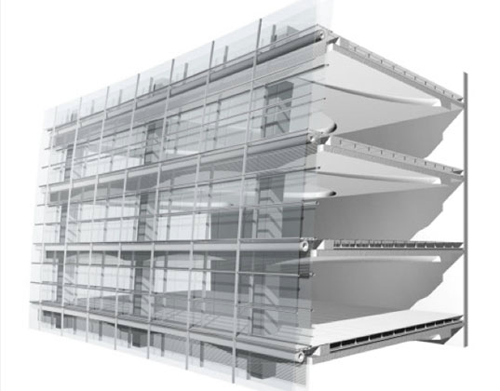 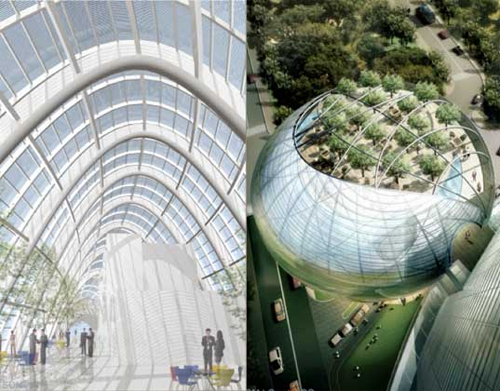 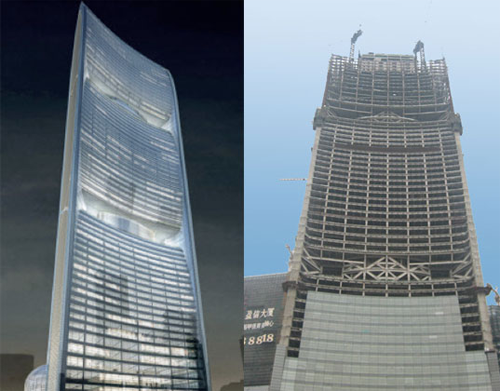