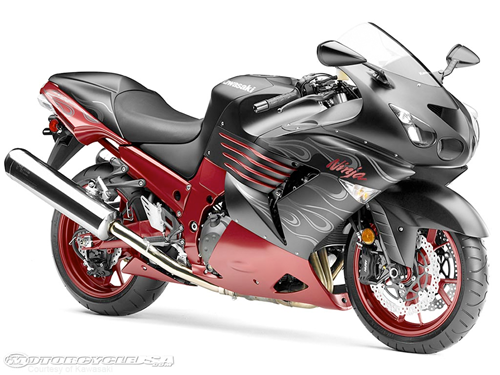 the most powerful and fastest production motorcycle in world. 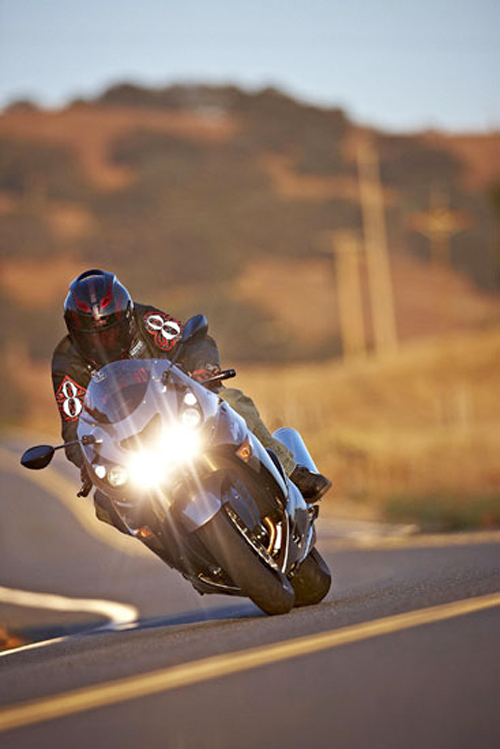 The 178 bhp Kawasaki ZX12 has had the most horsepower of any production motorcycle, though it has played second fiddle to the 175 bhp Suzuki GSX1300 Hayabusa (named after the Japanese Peregrine falcon, one of the few animals on the planet which can travel at 186 mph which it does during a dive) because the Hayabusa has a higher top speed due to Suzuki’s aerodynamics. The Hayabusa’s top speed as measured by the Guiness Book of Records is 197 mph. But Kawasaki has announced the ZX14 (1400cc) with slipperier wind tunnel designed aerodynamics and the most horsepower and highest top speed of any production motorcycle ever.