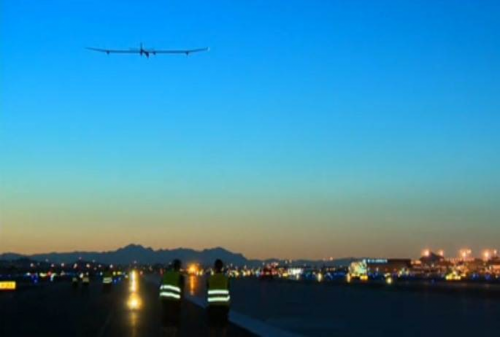 Solar Impulse, the solar-powered airplane of Swiss pioneers Bertrand Piccard and André Borschberg, will depart from Phoenix’s Sky Harbor Airport on Wednesday, 22 May for Dallas/Fort Worth International Airport to complete the second leg of its historic, cross-country journey.

After a successful first leg on 3 May, where Bertrand Piccard flew Solar Impulse from the San Francisco Bay Area to Phoenix, André Borschberg will attempt to set an absolute distance world record in solar aviation. The Phoenix-to-Dallas trip should be over 830 miles (~ 1’337 km). The previous distance record already belongs to Solar Impulse when André flew 693 miles (1’116 km) from Switzerland to Spain in May, 2012. 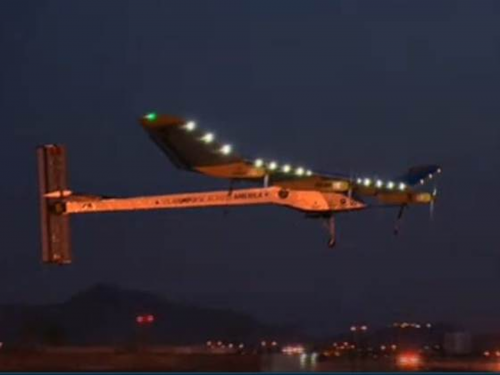 By achieving historical firsts and setting new records, Solar Impulse hopes to inspire everyone to be pioneers and change-makers to bring solutions for today’s challenges. Clean Generation, Solar Impulse’s latest initiative to create a global movement to promote the use of clean technology, is already rallying thousands of people to support the adoption of sustainable energy solutions. The names of those who join this movement are carried on a USB key kept in the cockpit and transported across America as virtual passengers.

Five custom-designed flags displaying the Clean Generation slogan are carried by the pilots and handed over to civic leaders at each stop. The flags are as a symbol of inspiration for citizens, CEOs and policymakers to adopt Solar Impulse’s pioneering, clean-energy spirit. In Phoenix, the Clean Generation flag was handed over to Arizona Governor Jan Brewer, who visited Solar Impulse at Phoenix Sky Harbor during a dinner organized by the Swiss consulate in Phoenix. 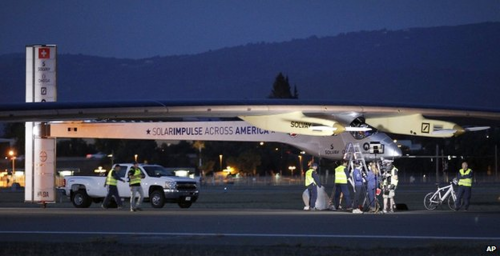 The Solar Impulse Across America mission is made in partnership with Solvay, Schindler, Bayer Material Science, Swiss Re Corporate Solutions, Sunpower and the Swiss Confederation.

[ track the mission via computer / mobile device live ]
During the Across America mission, each flight will be streamed live as well as on Twitter and Facebook. The airplane’s position, altitude and speed will be shown in real time, while cockpit and mission control cameras allow viewers to experience the journey. The third leg of the Across America journey, from Dallas to St-Louis, will be flown by Bertrand Piccard.

above> first leg from san francisco to phoenix 3 may 2013