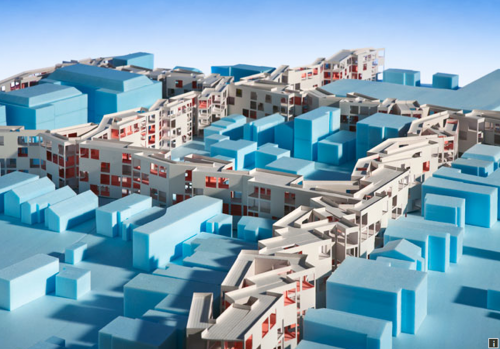 Opened on 16 February through 30 July, New York’s Museum of Modern Art (MoMA) will be running an exhibit featuring the proposals of five interdisciplinary studios that were asked to re-think and re-invent the future of housing in the midst of the foreclosure crisis that remains a threat to many Americans and their homes. Over the Summer of 2011, MOS Architects, Studio Gang Architects, Visible Weather, WORKac, and Zago Architecture selected five “megaregions” across the country on which to speculate the form that housing could take: physically, socially and economically. The Open Studios exercise was organized by Barry Bergdoll, MoMA’s Philip Johnson Chief Curator of Architecture and Design, with Reinhold Martin, Director of Columbia University’s Temple Hoyne Buell Center for the Study of American Architecture. 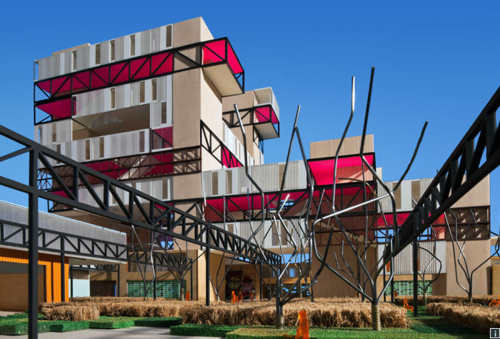 With this exhibit, MoMA heightens an awareness of the U.S. foreclosure problem via architecture, design, and planning, albeit a niche perspective. This exhibit both inspires and provokes. Depending on who’s telling the foreclosure story: the promises of government and bankers, the opines of economists and media, the taut tales of the foreclosed, our planners are hardwired dreamers raising questions, presenting the what-ifs, creating visions and realities that can inspire. Ironically, the woeful boarded up homes that are seen everywhere as we drive through neighborhoods, dreaded by those who own housing near the monuments of foreclosure, are also needed reminders and initiators at this juncture that there is still much to do and more what-ifs are desireable. [ details ] [ arch daily ] [ metropolis ] [ new york times ]