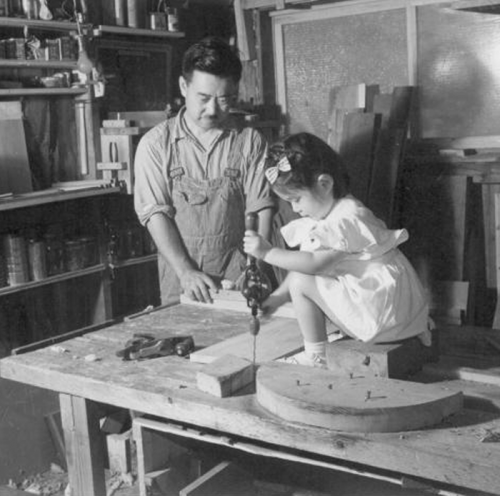 In the world of woodworking, George Nakashima is known for his furniture made from pieces of raw wood left, for the most part, in their natural, craggy splendor. Nakashima built his reputation on finding beauty in what other craftsmen might see as imperfections, creating a bench with one rough edge, for instance, or a table top cut horizontally from a large tree trunk.
Thought he died twenty years ago he didn’t take his secrets to the grave. Instead, he passed on his unique blend of Japanese and American craftsmanship to his daughter, Mira, a designer and artisan in her own right. At first their work looks very similar. Both utilize wood in its natural state, but Mira’s designs take a decidedly modern approach, whereas some of her father’s pieces are distinctly mid-century. After he father died, Mira became the sole designer at Nakashima Studios where she carries on her work there in the spirit of her father. If you’re in Pennsylvania, stop by for a private tour.