[ park no. 571 boathouse ] photo below courtesy of studio gang architects
the weather this weekend is perfect to tour a boathouse on the chicago river! one of two boathouses on the chicago river designed by studio gang, the eleanor boathouse at park 571 completed in 2016, creates a crucial access point along the river’s edge. the structure’s shape draws inspiration from rowers’ rhythmic movements. 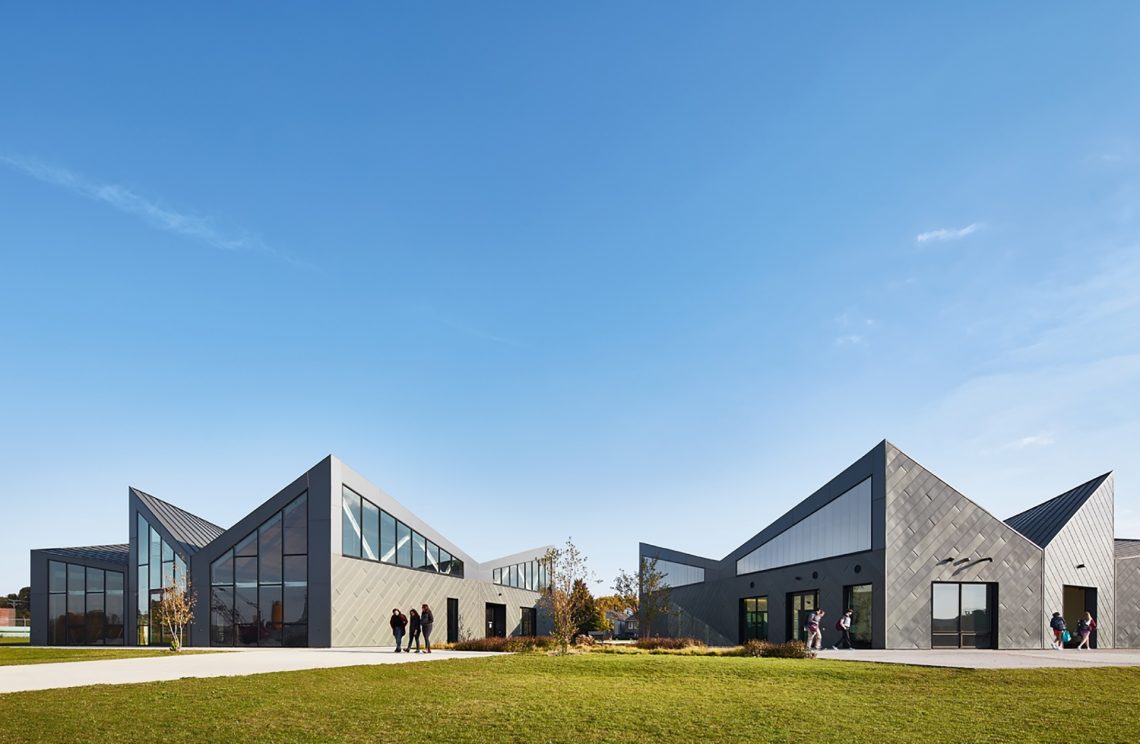 as the city works to transform the long-polluted and neglected river into its next recreational frontier, the boathouse invites communities on the south side and throughout the city to share in the river’s continued ecological and infrastructural revitalization. 2754 south eleanor street, bridgeport.

[ mccormick place west building rooftop farm ] photo below by garrett karp
the weather this weekend is perfect to tour a rooftop on the lakefront! the largest mccormick place west building spans 20,000 sq ft above chicago. the building, designed by tvsdesign in 2007, was originally intended to have a green roof for environmental purposes. however in 2013, the chicago botanic garden stepped in with the windy city harvest program to transform it into a massive vegetable patch. more than 8,000 pounds of produce are now grown each year for savor…chicago, the food service provider for the convention centre below. the open house chicago tour is focused on biodiversity and growing practices. 2301 south indiana avenue, gate 41, se corner of cermak & indiana. 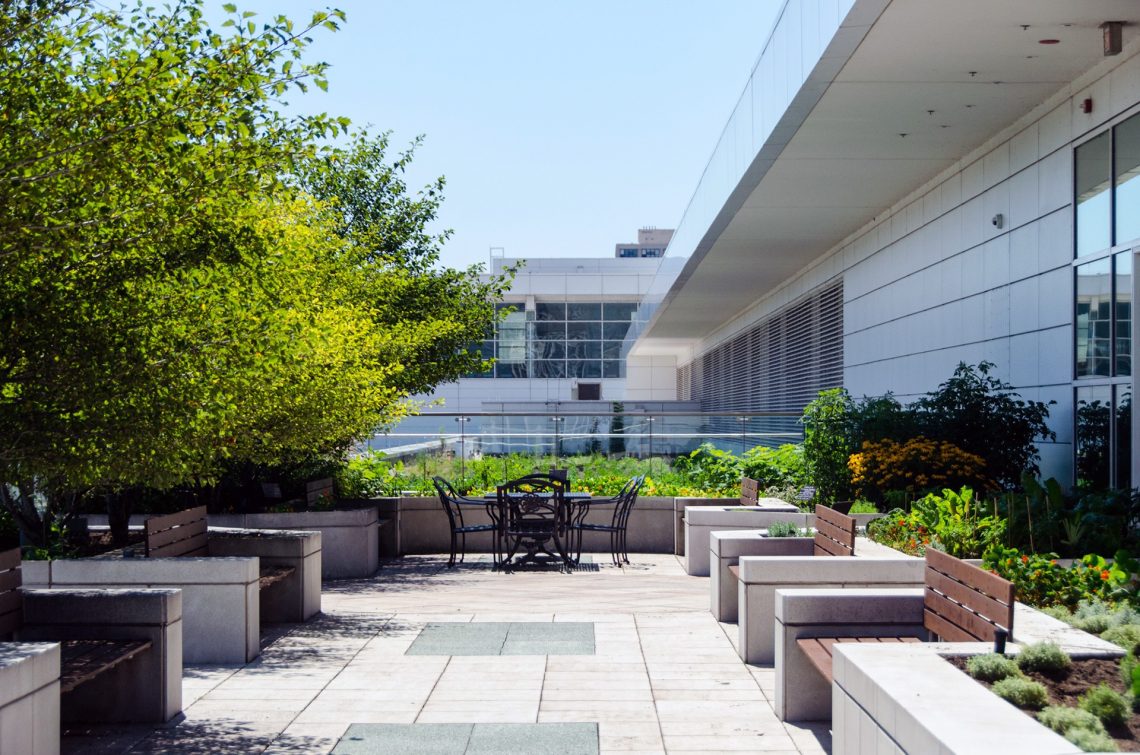 [ unity temple ] photo below tom rossiter
unity temple, the work of master architect frank lloyd wright first major public building commission and considered to be one of the most important and influential buildings of the 20th century, underwent an extensive $25m restoration and renovation beginning in 2015. the temple re-opened in summer 2017. in summer 2019, unity temple was named a unesco world heritage site, one of eight major works by wright given this honoured distinction. 875 lake street, oak park. 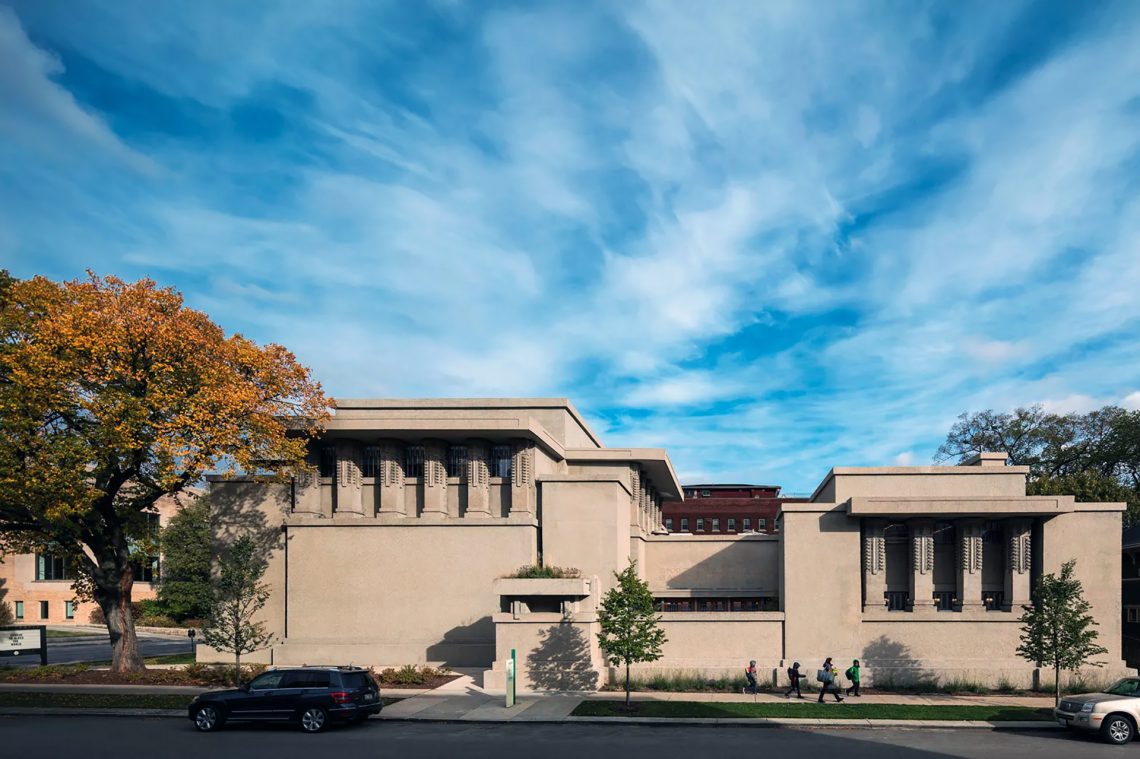 [ stony island arts bank ] photo below steve hall
the stony island arts bank is a hybrid gallery, media archive, library and community center – and a home for rebuild foundation’s archives and collections. designed by william gibbons uffendell and built in 1923, the bank at 68th and stony island was once a vibrant community savings and loan. by the eighties, it had closed and the building remained vacant and deteriorating for decades. reopened in october 2015, the radically-restored building renovated by chicago social practice installation artist, theaster gates, serves as a space for neighborhood residents to preserve, access, reimagine and share their heritage – and a destination for artists, scholars, curators, and collectors to research and engage with south side history. 6760 south stony island avenue, south shore. enter via north door from garden 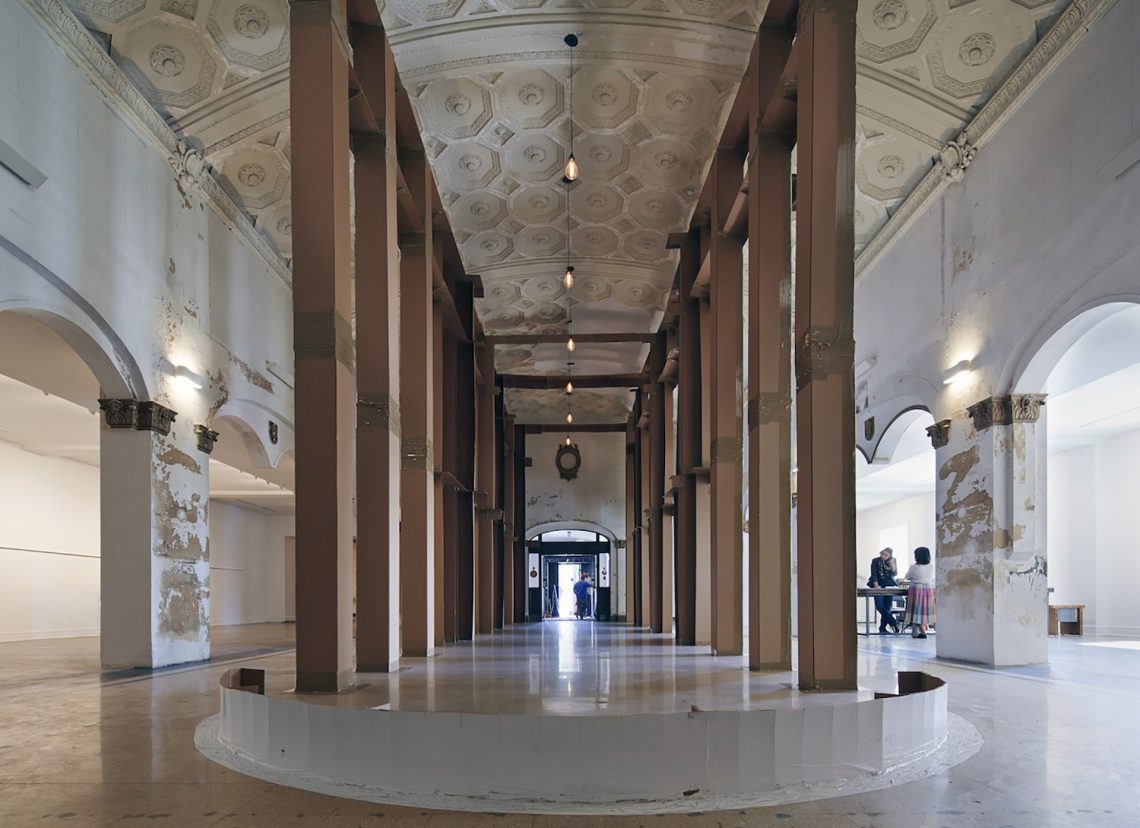 why doesn’t this building topple over ? the building’s small lot plus the wish for 1.2 million square feet of office space gave the skyscraper an aspect ratio — the building’s height relative to the width of its core — is a breathtaking 20-1. if you ask does the building sway? the answer is you bet!

but not as much as it should because the engineers inserted two enclosed concrete vaults near the building’s top. the water in the vaults, which are called “tuned liquid dampers,” is not for swimming. when the wind pushes the high-rise one way, the water sloshes the other way, damping wind-induced sway. 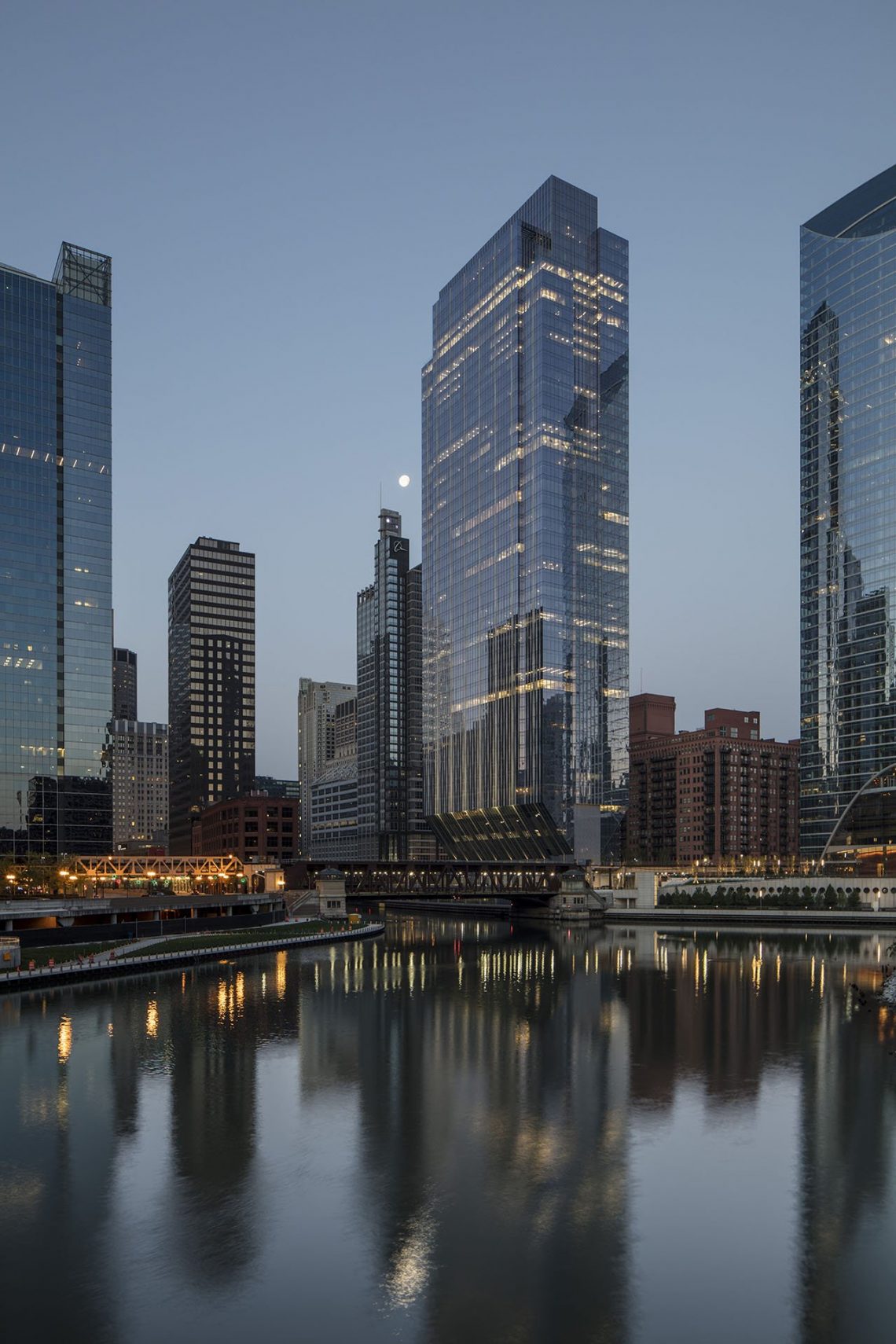 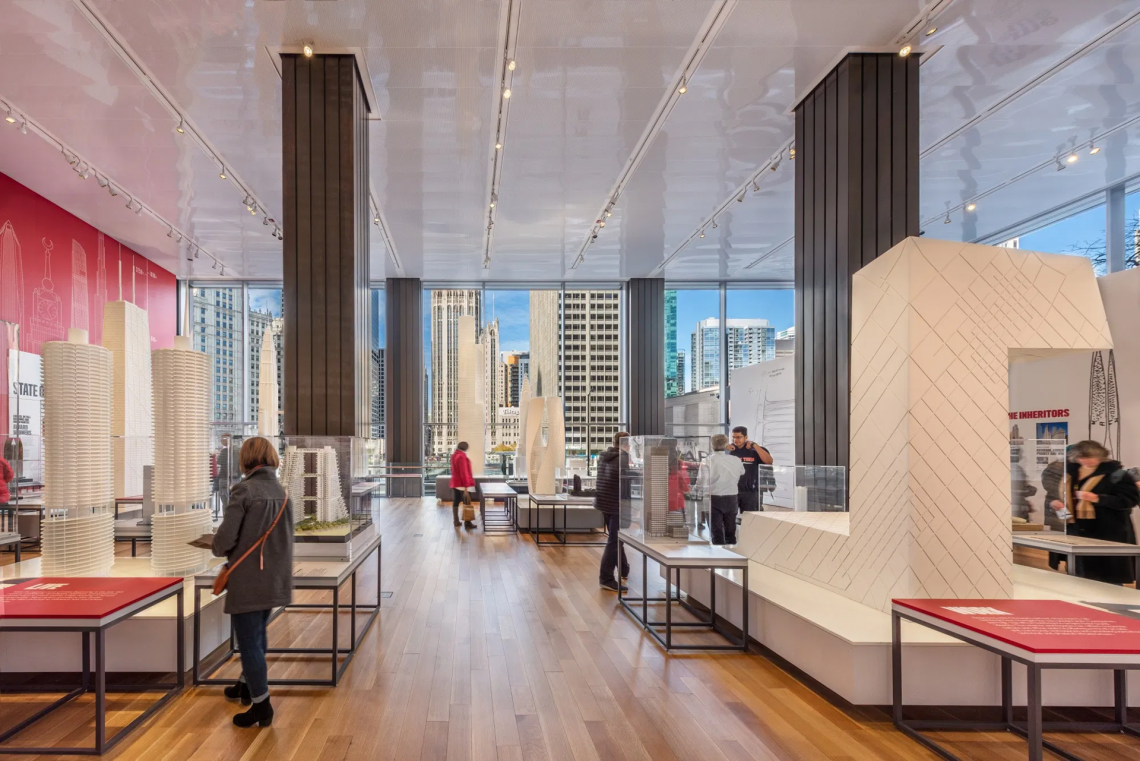