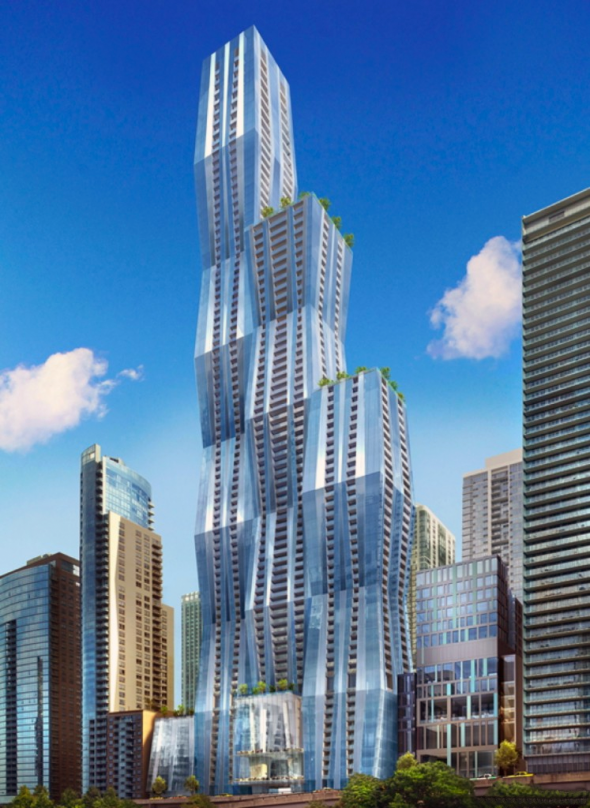 the city of chicago unveiled a jeanne gang designed skyscraper designed to reside on the chicago river. the developers, the wanda group, which is controlled by mainland china’s richest man, wang jianlin, and chicago-based magellan development group, propose a 2016 groundbreaking. chicago mayor rahm emanuel’s administration portrays the project as the largest real estate investment by a chinese firm in chicago and one of the largest in the united states. 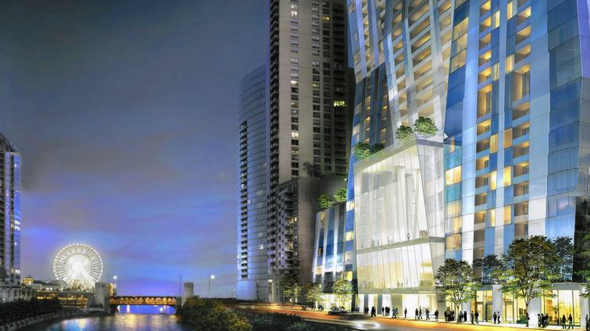 the skyscraper is planned for an east wacker drive riverfront site. 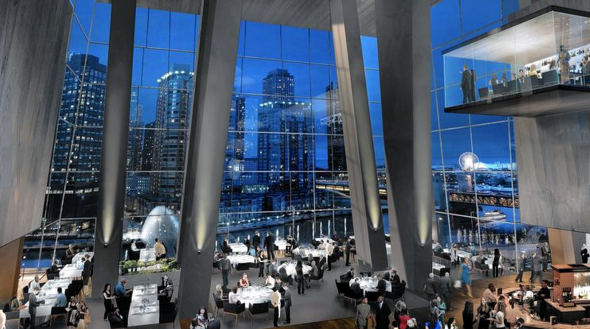 interior riverfront view of the tower, the $900 million mixed-use project will contain a 250-room five-star hotel, 390 condominiums and about 9,000 square feet of retail space. 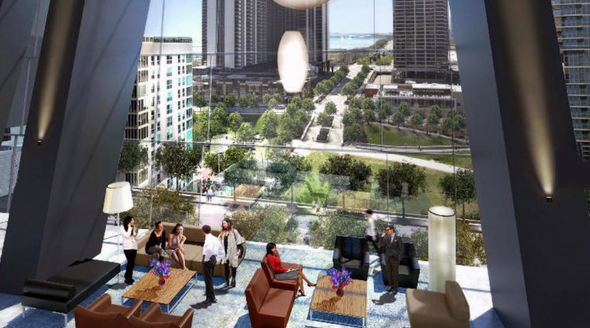 though no height was given at the unveiling, the tower’s height has been previously reported as 1,148 feet, which would make it chicago’s third tallest building, behind the 1,730-foot willis tower and the 1,388-foot trump international hotel & tower. close runner-ups are the 1,136-foot aon center and 1,128-foot john hancock center.

the project would reside in the lakeshore east development, which is bordered by east wacker on the north, lake shore drive to the east, randolph street to the south and columbus drive to the west. gang’s world-renowned 859-foot aqua tower is also part of the development. aqua tower is said to be the tallest building designed by a female architect. wanda vista will raise that bar.