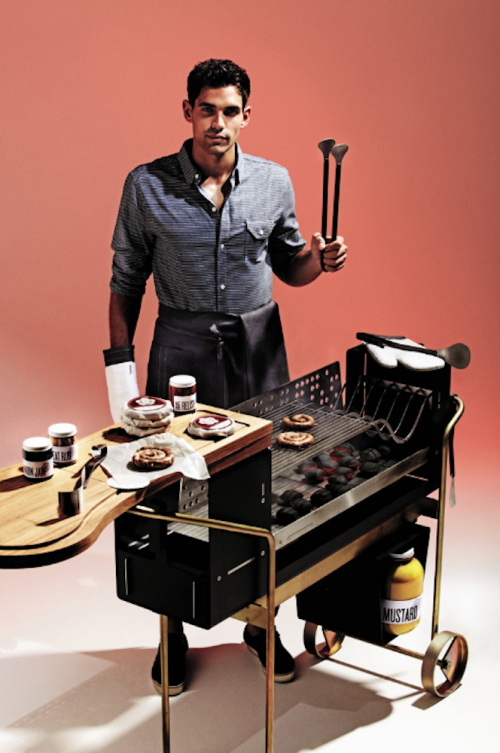 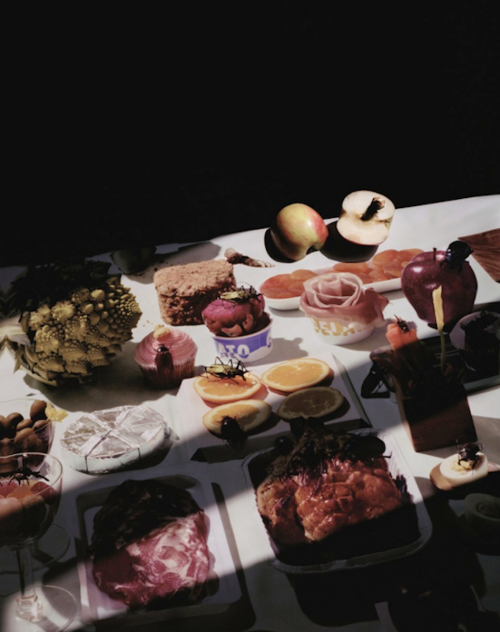 Just when I thought I had seen everything that Maurizio Cattelan ever made hanging in the Guggenheim’s rotunda I find out he’s also one half of the duo behind Toiletpaper Magazine, a publication that’s vastly more pleasing to the eye than its name suggests. The other half of that duo is Pierpaolo Ferrari, a photographer who’s shot just about every famous face in the world. For Wallpaper*’s Handmade collection they created an edition of six photorealistic, trompe l’oeil tablecloths printed with a rich spread of vibrant foods being devoured by an army of insects. You may not want to eat your next meal atop of table of beetles snacking on orange slices and baked ham, but it is pretty amazing to look at as a fully satiated viewer.

The tablecloths were used at Wallpaper* and Toiletpaper’s joint party in Milan during their Handmade exhibition, and you’ll see it again in a fashion editorial shot for Wallpaper*’s September issue.