Volkswagen has provided the first specific design concept for an autonomous car. It allows for traditional driving or passenger mode and is called James 2025. Shown at CeBit, the European electronic convention in Hannover, the system changes at the touch of a button. Steering wheel and instruments swing away and the driver’s seat shifts to passenger mode. 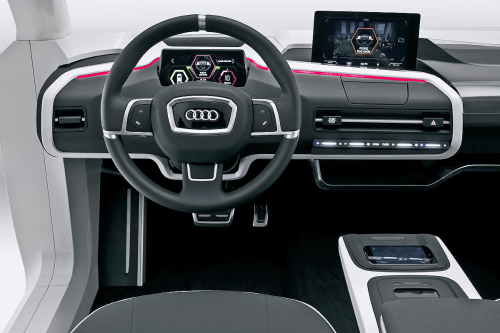 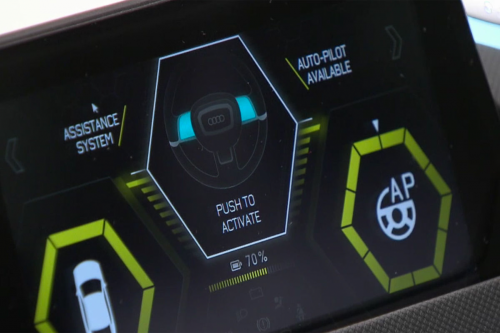 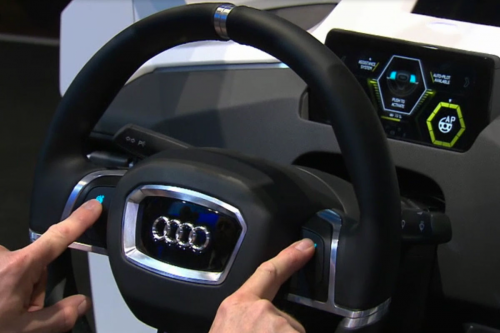 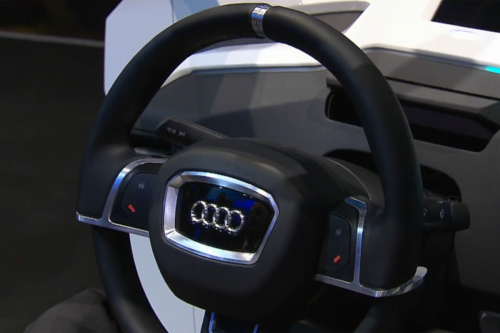 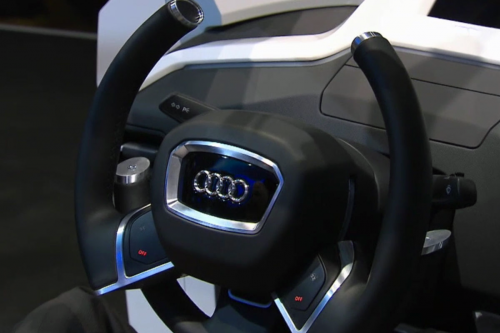 german car companies thinking about the cities of the future. 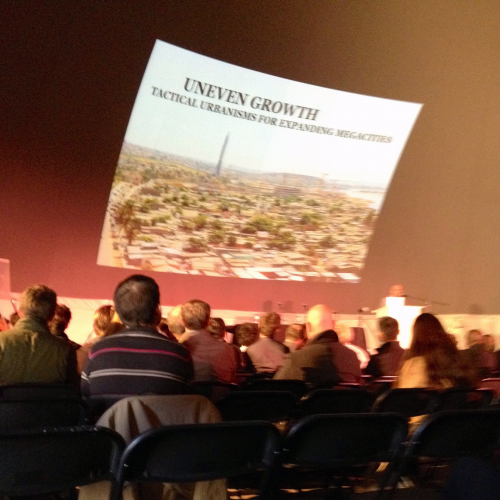 German car companies are thinking about the cities of the future. Audi has its Urban Initiative, BMW has a multi-year city future project in cooperation with the Guggenheim, now gathered together in a show at the Guggenheim in New York. Volkswagen’s effort to look at future cities is a multi year partnership with the Museum of Modern Art and its junior branch in Queens, PS One, where the company has built the VW Dome, an inflatable hemisphere that looks like some Cold War era radar station. The efforts began in the aftermath of storm Sandy about a year ago. Inside the dome ( photo above ) on Saturday were the latest elements of the effort: presentations by architects and planners addressing an urban future where 75 per cent of the world’s population will live in cities and most will be poor. [ audi ][ bmw / guggenheim ] [ vw / moma / ps1 ] 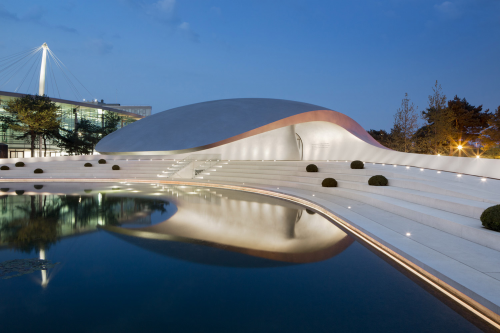 Now that Volkswagen group has completed its purchase of Porsche, a new pavilion for the sports car maker has been added at Autostadt, the theme park by the huge VW factory in Wolfsburg. Along with Audi, Seat, Skoda, Bugatti, Lamborghini and Bentley, VW gets a dramatic building to celebrate its brand. It is like a wave caught in mid-flight, inspired says architect [ Gunter Henn ] by the lines of Porsche cars themselves. 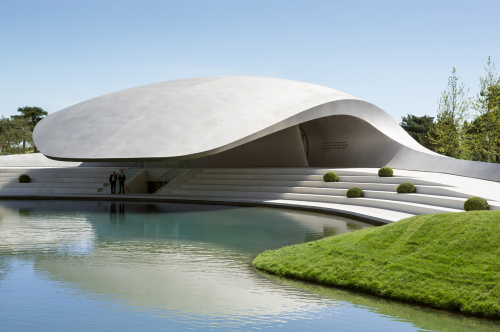 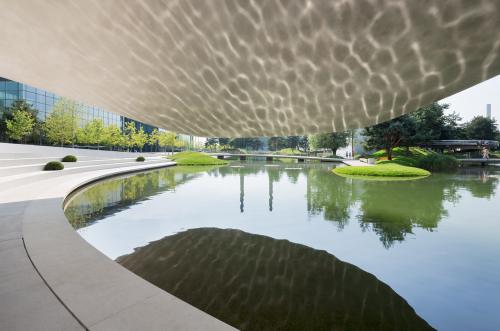