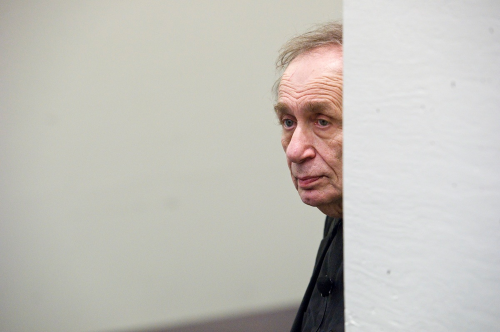 vito acconci before delivering the 2011 margaret mccurry lecture in the design arts: “into & through & out of landscape.”

Brooklyn-based Vito Acconci, famous for his performance art has been named Designer of the Year by Design Miami, the design fair that runs in concert with Art Basel Miami Beach. 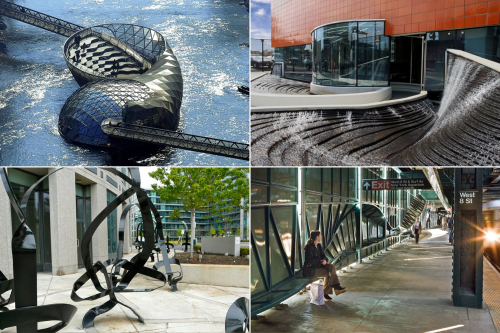 The Miami Design District has commissioned his studio to create a permanent playground structure and installed in the Miami Design District in 2014. Though the commission won’t be completed for the Miami fair, an Acconci exhibit will show drawings. Founded by Vito Acconci in 1988, Acconci Studio an architecture and design collaborative, is known for fluid, shifting spaces designed to encourage unexpected communal experiences. 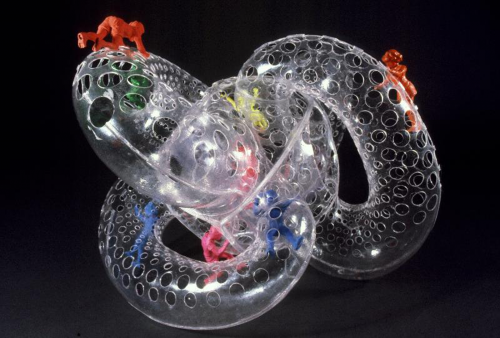 Klein-Bottle Playground, as the structure is called, was originally developed for the humanitarian “Art for the World” program, as part of a touring exhibition of experimental recreational equipment and toys for refugee children. Acconci Studio’s contribution was inspired by the German mathematician Felix Klein, who expanded the concept of a Moebius strip into a structure – a “Klein Bottle” – in which there is no identifiable “inside” or “outside,” as one surface flows continuously into the other. Acconci Studio has transformed this mathematical construct into a playground, in which a series of tubes extend out from and into a central sphere, such that children can climb in, through and on top. The installation of Acconci Studio’s Klein-Bottle Playground in the Miami Design District will provide the first public area in the neighbourhood dedicated to children.

Marianne Goebl, director of Design Miami, explains that Acconci’s buildings and public projects are about “generating unexpected and intense interactions. Ultimately, it’s more interesting to surprise people, and teach them, than to serve them the safe and the obvious.” [ acconci studio ] [ design miami ]