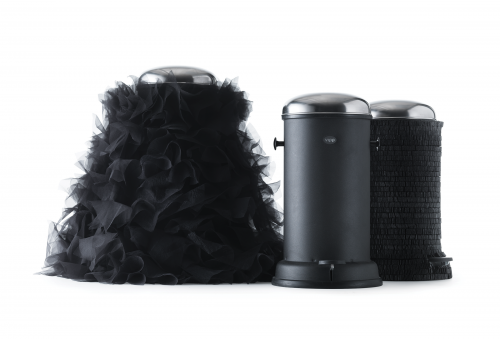 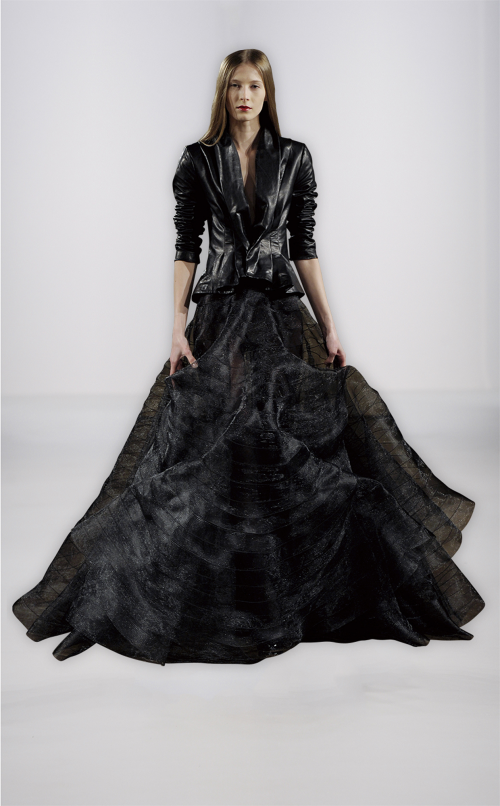 The company best known for the 1939 design of the Vipp Pedal Bin, unveiled a series of eight “couture” designs for their iconic trash cans. The designs, by Berlin designer Lessja Verlingieri of Lever Couture, took around 400 hours to complete and utilized 1400 (!) meters of fabric. The company’s word for their creation? “Trashion.”

Each of the designs is based on an outfit that Lever Couture had previously created for one of her clients, which include Lady Gaga and Gwyneth Paltrow. Verlingieri said it was a creative challenge to alter her designs for trash bins.

“But,” she points out, “the Vipp pedal bins have a great shape and they are the stars among pedal bins.”

The Trashion Bins are available at the Vipp Flagship Store in Copenhagen and will retail for 3500-5000 euros. If you’re considering purchasing one, we’d recommend buying a second regular Pedal Bin for actual, you know, trash. 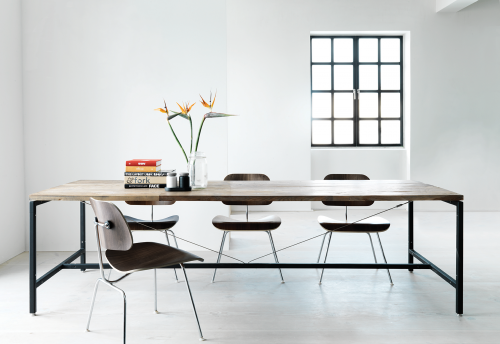 VIPP, is known for its covered pedal bins, a product marginally improved since the first one made in 1939. Today they also make kitchen and bathroom accessories. The ‘table’ is their first foray into furniture. The Vipp table features a table top made of untreated, recycled teak planks, making each table unique. Every table top thus stands out with its own distinctive character. 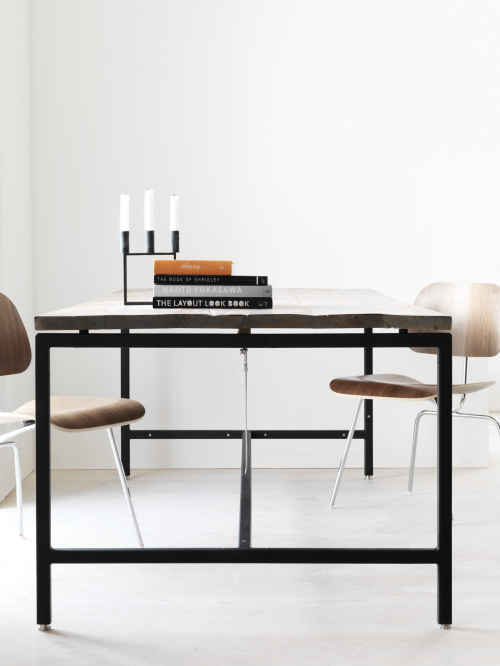 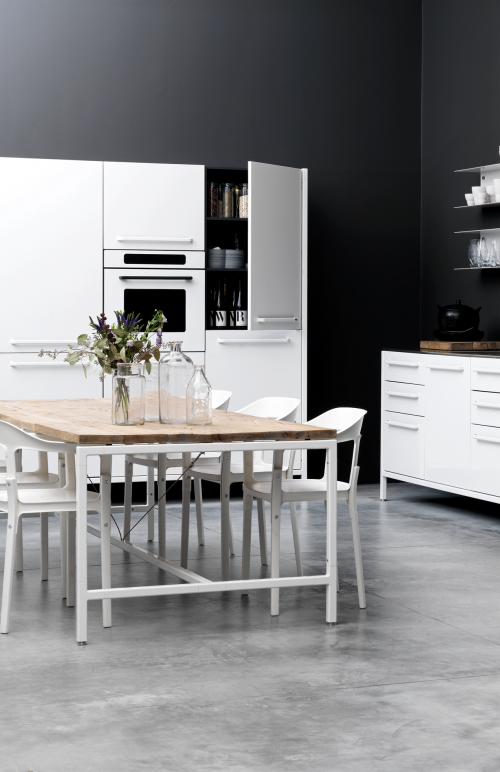 The table frame is constructed in powder coated aluminum and is assembled with solid corner profiles, a steel wire stabilizer and countersunk screws, giving the table an industrial feel. The table is equipped with set screws making it possible to adapt to uneven floors. 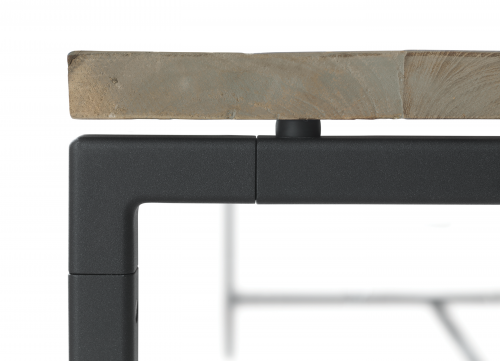 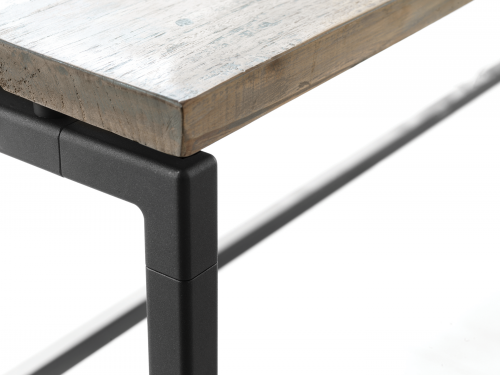 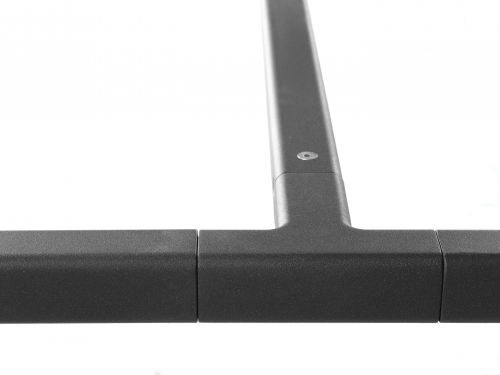 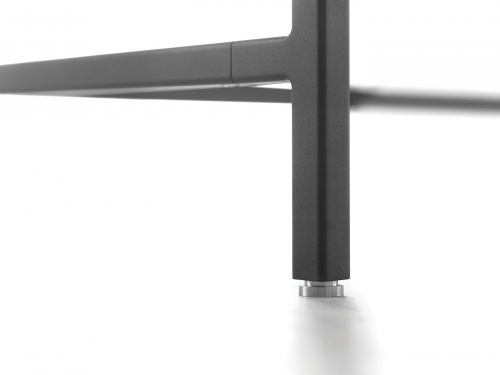 “Now that we have a whole Vipp kitchen concept, it seemed very natural to extend the collection with a table to complete the look. The table frame is the same used for the kitchen modules, ensuring stability and visual coherence. For the table top we chose natural wood that can stand daily wear and tear – it will actually develop a beautiful patina over time and create contrast to the smooth aluminum”, Morten Bo Jensen, Vipp Chief Designer. The table is available with a frame in matte black or gloss white, and is sold in the Vipp flagship store in Copenhagen. [ VIPP ]

Vipp the movie. From marie to moma. 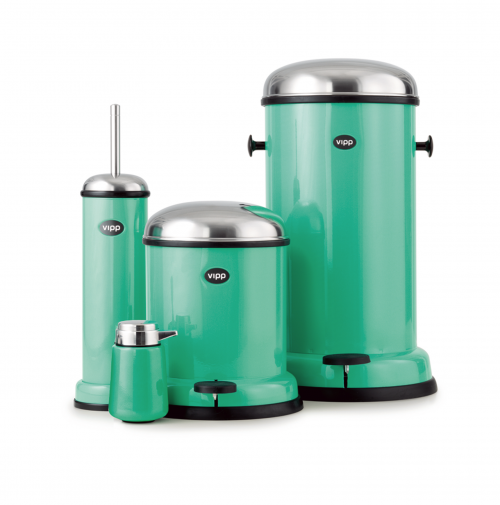 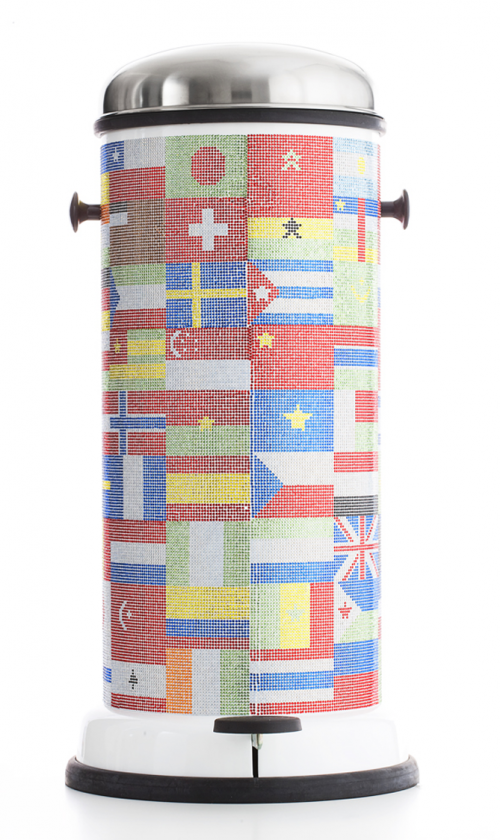 At the Olympic Games in London, the world is once again reunited. Chilean artist Mauricio Clavero has created the art piece ‘Re-United’ – a Vipp pedal bin covered with 90 national flags made out of Swarovski crystals. More than 70,000 crystals were used in the creation of the bin which symbolizes a world coming together.

Re-United is a part of “The Louvre Collection” – a collection of 36 unique works of art, made out of Vipp bins and soap dispensers with Swarovski crystals, previously installed at the Musée du Louvre. Nine Vipp soap dispensers depicting the metro systems of Tokyo, Paris, London, Copenhagen, Moscow, New York, Shanghai, Sao Paulo and Dehli with colorful crystals are also a part of ‘The Louvre Collection’. During the games, Vipp has reunited the four previous Annual Colors in green, red, blue and yellow together with black in an interpretation of the Olympic rings. 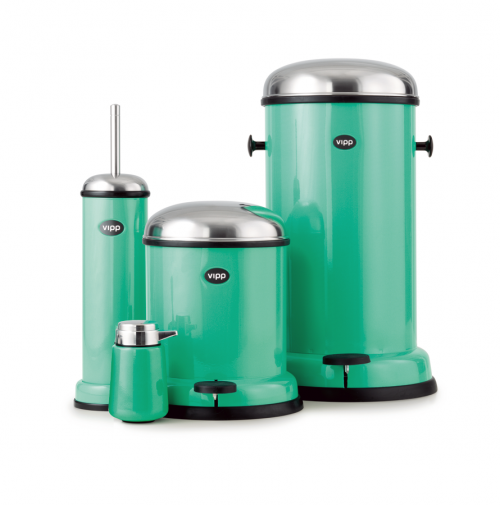 The Vipp Annual Color 2012 is a tribute to Copenhagen. The hometown of Vipp is characterized by its many shades of green in the cityscape of historical architecture, with oxidized copper roofs and statues overlooking countless small, evergreen city oases. We celebrate Copenhagen as it is now also home of the very first Vipp flagship store. 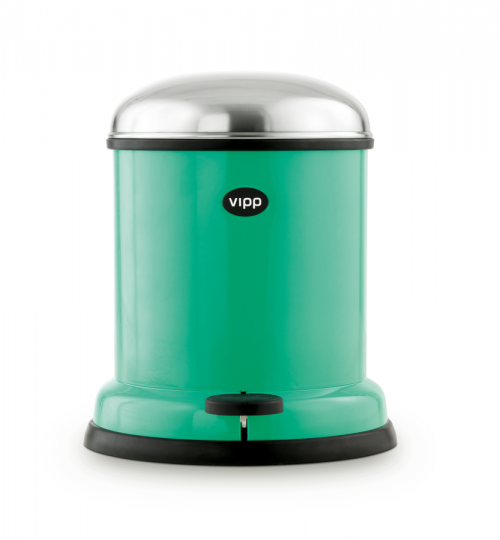 The Danish capital is the source of inspiration for the Vipp Annual Color 2012. The collection is infused with a touch of Copenhagen in a unique green color – we call it Copenhagen Green. 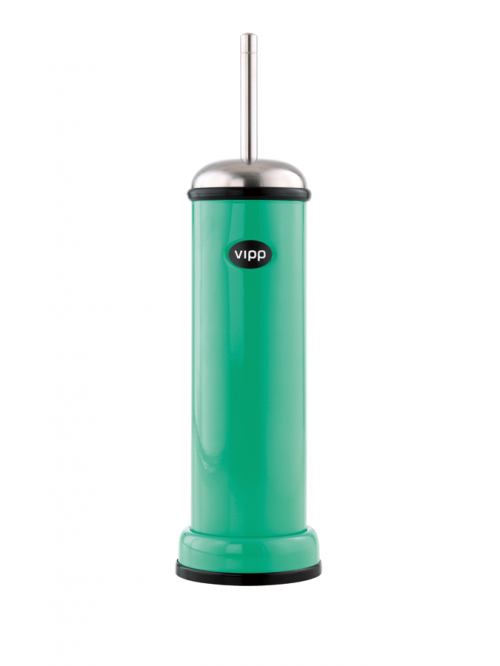