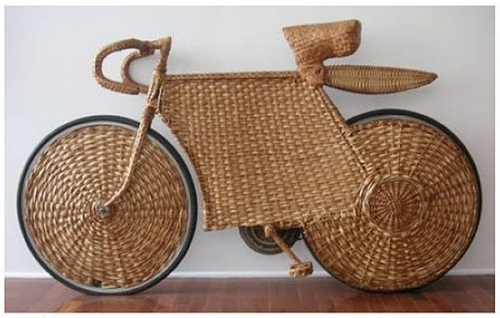 We talk a lot about the latest, fanciest and most ergonomically efficient bikes here at DesignApplause, which is probably why it was such a delight to come across Jarbas Lopes’ hand-crafted bike from his “Cicloviaerea” series, which he exhibited earlier this month at New York’s VIP Art Fair. Apparently, it’s a commentary on “capitalism and mass production values” versus “a fuel-less transport system and meticulous craftsmanship,” and that’s great, but it’s so much less interesting and ultimately less impactful than the experience of just looking at the meticulous craftsmanship itself.

The bikes aren’t actually made of wicker; rather, natural fibers are woven over the structure of the bike much like yarnbombing, only with reed and bamboo. Technically speaking, these babies are ridable, but wear pants – there’s nothing quite like wicker burn after a long ride. 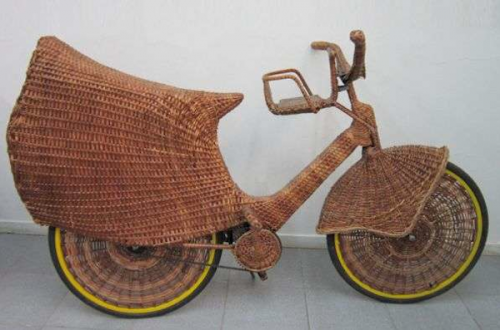 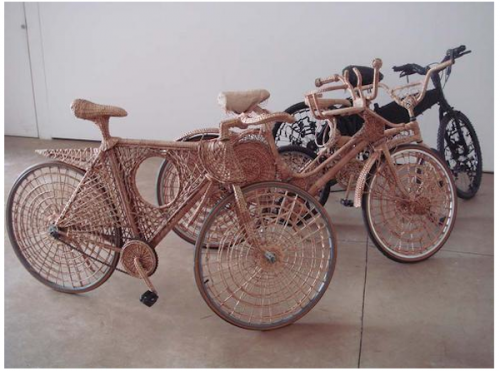