What an urban planner should look like in the internet age.

what an urban planner should look like in the internet age. i kept saying, ‘information architect’. via atlantic cities [RK]

Songdo, south korea an experimental prototype of the aerotropolis.

songdo, south korea an experimental prototype of the aerotropolis, an urban development concept with the potential to significantly affect the way we travel. via washington post [RK]

A nod to the parklet. 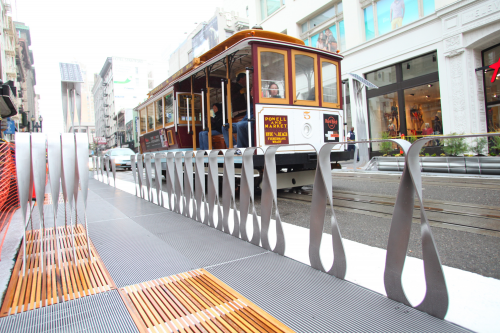 “The Parklet program is a truly exciting initiative that has people across the city thinking about our streets in a new way. We strongly encourage neighborhood groups and organizations, in addition to storefront business owners, to develop and submit proposals for their communities,” said John Rahaim, Director of the Planning Department (San Francisco 11 May 2011).

The following July the Powell Street Promenade was up and running. The City & County of San Francisco and the Union Square Business Improvement District (BID) had partnered up with Audi and Hood Design Studio to bring a cutting-edge modern design parklet to the city. 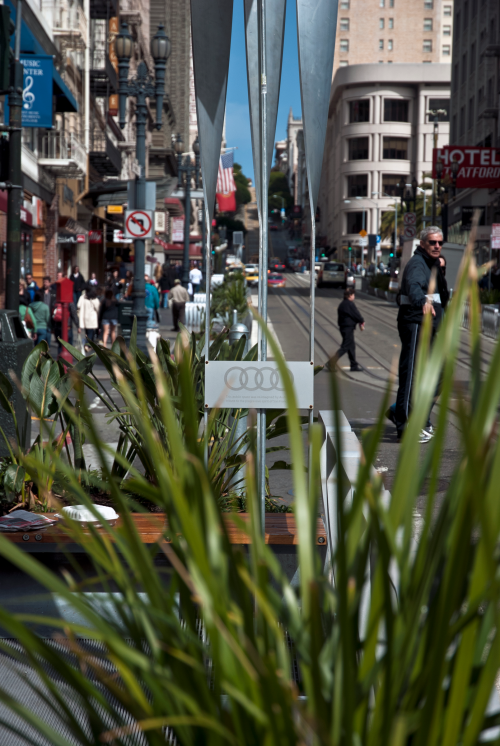 By repurposing the on-street loading lanes along these two blocks of Powell Street, the Promenade provides six additional feet of continuous pedestrian space and adds amenities such as custom designed aluminum benches,  planters, tables, rails, landscaping, bike parking, and other pedestrian-friendly features. Low-energy (LED) lights will illuminate the space through power collected from solar panels. All landscaping is drought tolerant and materials used are designed to be long-lasting and reusable. People utilizing this Promenade will also have access to free Wi-Fi; which was installed as part of the project. Audi used the same principles that define the brand’s innovative approach to car making throughout this process. The Union Square BID will maintain the Promenade and keep it clean and activated. 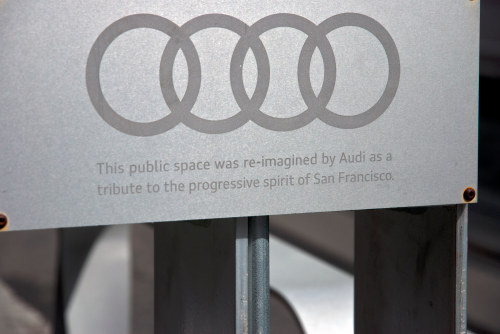 More recently in the news, on the corner of Filbert and Fillmore streets, the Cycle Club San Francisco, London-based biking-gear maker, Rapha and design studio Rebar have deconstructed an iconic Rapha Citroën H-Van. The vans are known as ‘broom wagons’ “as they ‘sweep up’ after the Tour de France. They’d pick up racers who weren’t going to finish the race. Of interest, the parklet concept was born in San Francisco in 2005 as an unofficial activist project by Rebar. Parklets repurpose space designated for on-street parking by building out a platform into the parking lane. By doing so, they create a landscaped space that offers seating and bicycle parking where existing sidewalk space does not allow. They are considered temporary structures. 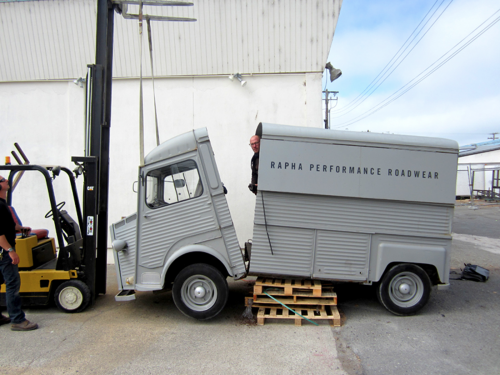 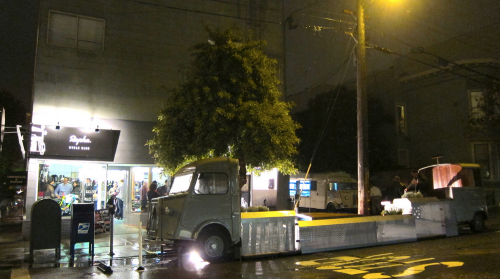 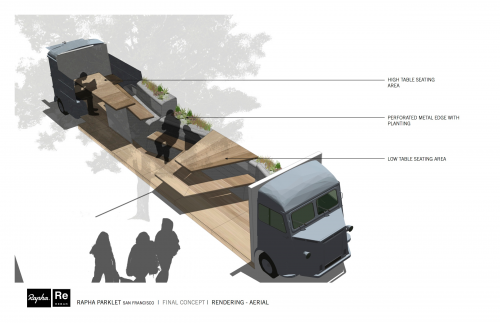 The USA parklet concept really took off in 2010 as cities began thinking of using urban space better. It’s about smart allocation of space, traffic control, dealing with bikes and pedestrians. A poorly conceived parklet adds to the problem. High on city planner’s lists is the issue of the automobile that has little to do with emissions. Parking itself is an issue. A DesignApplause contributer, Phil Patton writes in The New York Times on the topic [ Parking Lots, Ready for a Close-Up and a Spruce-Up ] Let’s checkout parklets around the…world.

what does plotting millions of twitter messages mean? what if the president could give a speech and immediately view the effect on his computer? is it true the east coast is more stressed out than the west coast? are people happier in cities? could we test land use planning and transportation models? economic and social environments? could we test products? welcome to [ twittermood. ] [ pulse of a nation ] 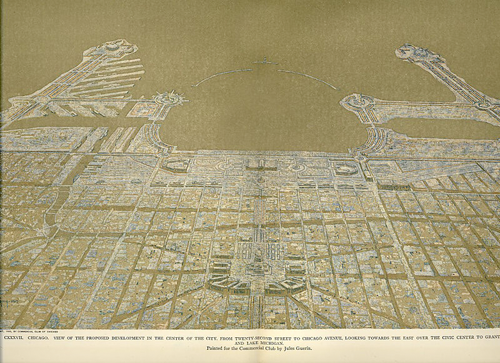 above: image from the 1909 publication ”Plan of Chicago” by Daniel Burnham. Burnham was famous for the dictum “Make no little plans,” and Jules Guerin’s alluring watercolor renderings in the published “Plan of Chicago” gave this vision an ethereal cast. 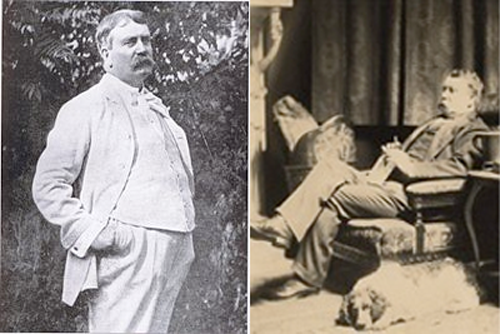 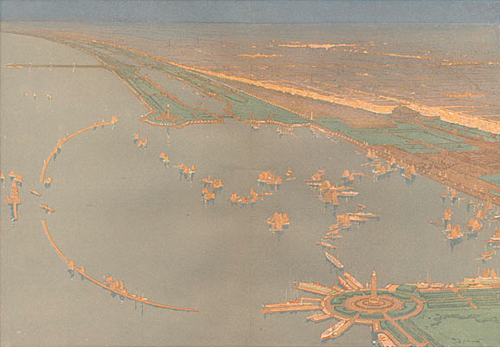 above: This view from the Plan of Chicago shows Grant Park and a proposed harbor in the lake. Much of Daniel Burnham’s plan for the layout of the city was implemented. In addition to being an important planning document, the 1909 plan was a beautiful work of art. (Photo courtesy Chicago Historical Society) 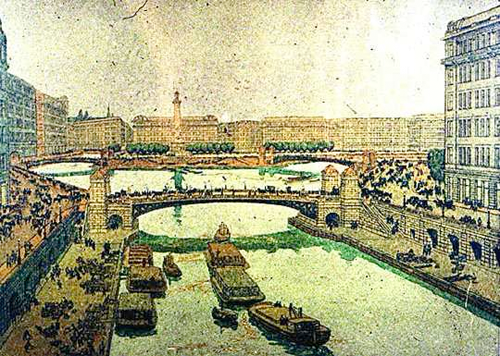 above: River intersection, from Daniel H. Burnham and Edward H. Bennett, Plan of Chicago. note: the building depicted on the far right is now merchandise mart which was built in 1930. 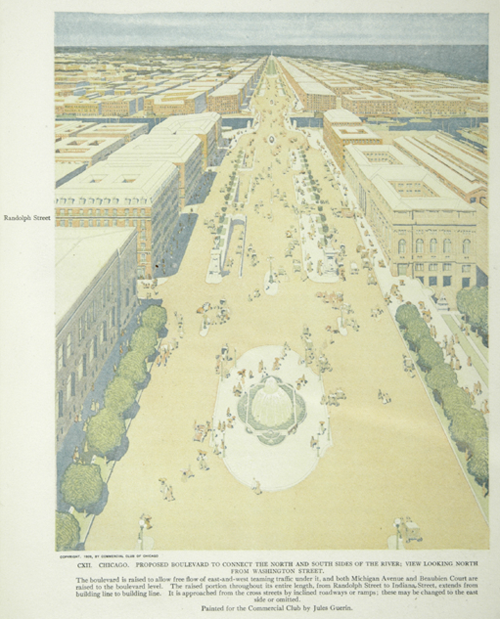 above: Guerin, Jules. “Proposed Boulevard to connect the north and south sides of the river; View looking north from Washington Street.” (artwork courtesy of Newberry Library) note: in 1909 no one appears to have envisioned the “sky scraper” though “invented” by William Le Baron Jenney (1832–1907) with his ten-story Home Insurance Building on the corner of La Salle and Monroe streets in Chicago in 1885. 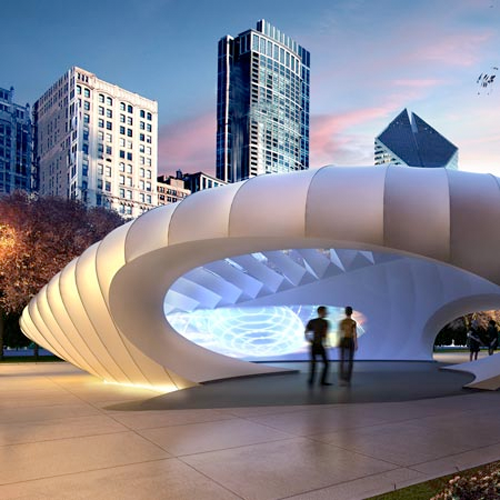 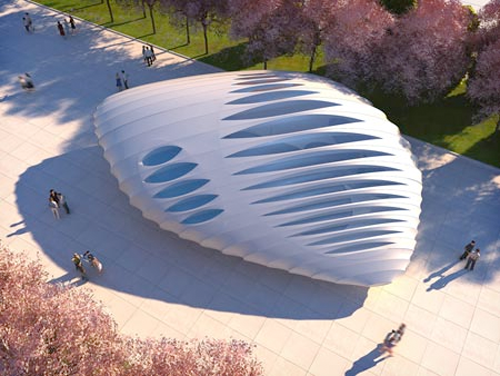 above: The pavilion, along with another designed by UNStudio (see below), will celebrate the Burnham Plan Centennial events and will be open to the public from 19 June to 31 October. 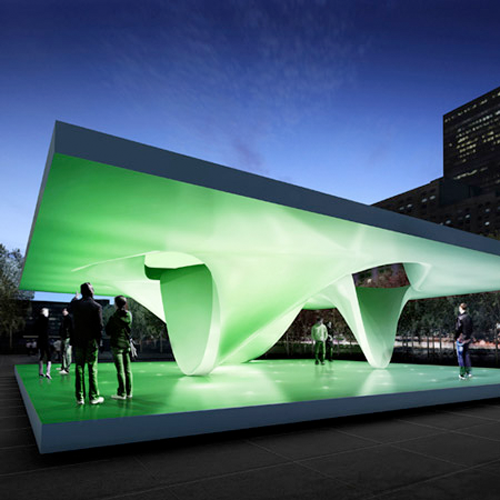 above: The temporary pavilion from Ben van Berkel of UNStudio.
Scale model 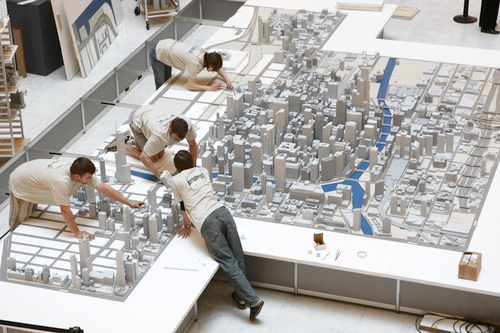 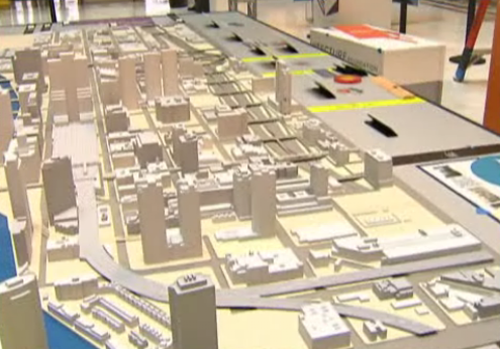 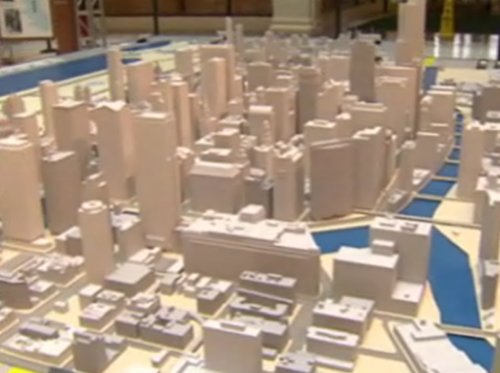 above: The Chicago Architecture Foundation putting together a scale model of Chicago at its headquarters on Michigan Avenue in celebration of the centennial of the Burnham Plan.

Chicago was lucky to have an urban visionary who not only had credibility but social clout amongst Chicago’s elite. Planning for this Centennial has been going on for over a year and there are fortunately
many resources. 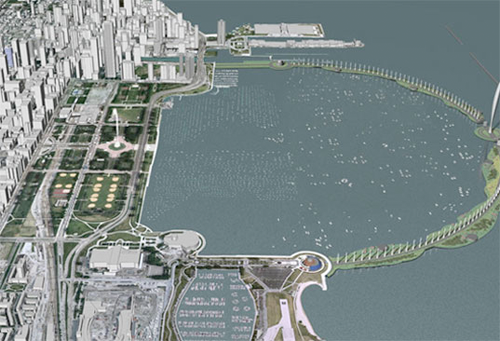 above: proposed Eco-Bridge will serve as a breakwater in the Monroe Harbor and create recreational space for residents and visitors. 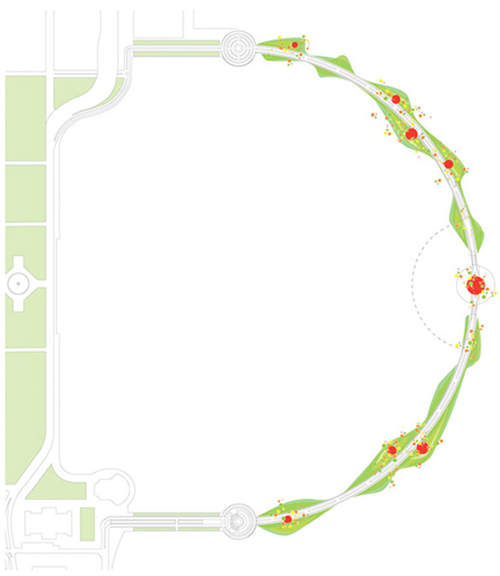 above: to give a modern and sustainable twist to the original idea, wind turbines will also be incorporated in the project to add economic value and show Chicago’s dedication to sustainability. An observation tower will be placed at the center of the bridge, providing spectacular views of the lake and city.

Chicago hopes that the Eco-Bridge will further enhance their bid for the 2016 Olympic Games – they hope the observation tower will be used to house the Olympic flame.

Chicago is also lucky to have a visionary with all kinds of clout who is inspired by Europe, loves all things green, bikes all over the city, likes scale models and the Olympic Games. Thank you mayor Richard M. Daley.

Buckminister fuller. Starting with the universe.

First major US exhibition of Fuller’s work in 35 years and a testament to his fascinating mix of utopian vision and organic pragmatism.
March 14 – June 21, 2009 via mcachicago [PR]